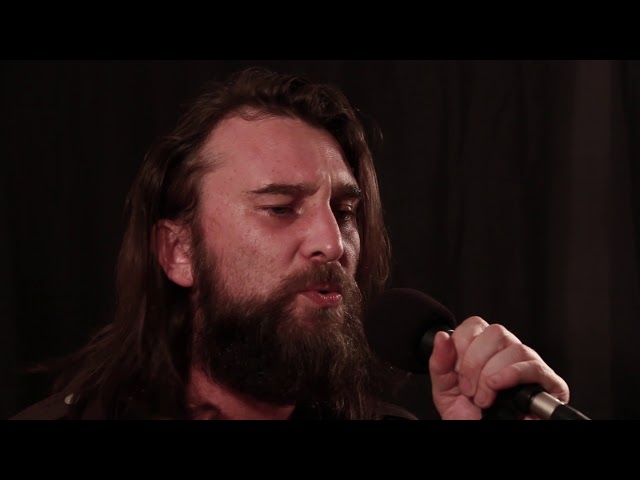 Jet frontman Nic Cester stopped by the Rolling Stone Australia office Monday to perform “Eyes On The Horizon”, a track lifted from his solo debut Sugar Rush (due November 3rd).

Flanked by his Italian band, Milano Elettrica, Cester ran through a raw take of the track, with swoons and a more prominent shaker stepping in for the expansive, full band original version. Cester is set to launch the album at a pair of shows this week — tonight (October 31st) at Sydney’s Leadbelly and on Thursday, November 2nd at the Memo Music Hall in Melbourne.

While in town, Cester also pulled together a track-by-track run down of Sugar Rush, exclusively for Rolling Stone Australia.

All words below by Nic Cester.

“Sugar Rush”
“I started listening to a lot of Brazilian music from the ’60s and ’70s during a particularly hot European summer. It was the kind of heat where only certain genres of music feel appropriate; breezy South American melodies and Latin rhythms provided the perfect soundtrack, and out of it came ‘Sugar Rush’. I added a Haitian Voodoo prayer in the middle eight to add to further embellish the exotic mood and create a ritualistic atmosphere. Jim Abbiss [producer] organised for a bunch of huge old bones from his local butcher to be sent down to the studio. His wife boiled them overnight to clean them, then left them on an ants’ nest in the garden for a few days to finish the process. The idea was to use the bones as extra percussion, which would have been fantastic. Unfortunately none of them could withstand more than a few hits, before disintegrating into many pieces in our hands!”

“Eyes On The Horizon”
“This was the first song I wrote for what would become my first solo album. As soon as I heard the sound – drum loops and soul vibes – I knew it was the direction I wanted to go in and it created the impetus to start my new project. It’s a simple summery song that I wrote after my wife and I spent years living like gypsies, setting up camp in many different cities. From the Middle East to Berlin, back to Melbourne and, eventually Milan. Despite it sounding so summery, I actually started recording this demo on my kitchen table, with Davey Lane [You Am I] on bass, during a long, cold winter in Italy.”

“Psichebello”
“Like most of the songs on the album I was enjoying flirting with different genres and then spinning them into something else. ‘Psichebello’ is the most psychedelic track on the album and the moment that highlights the abilities of the amazing Italian musicians who I had the pleasure to record with.” 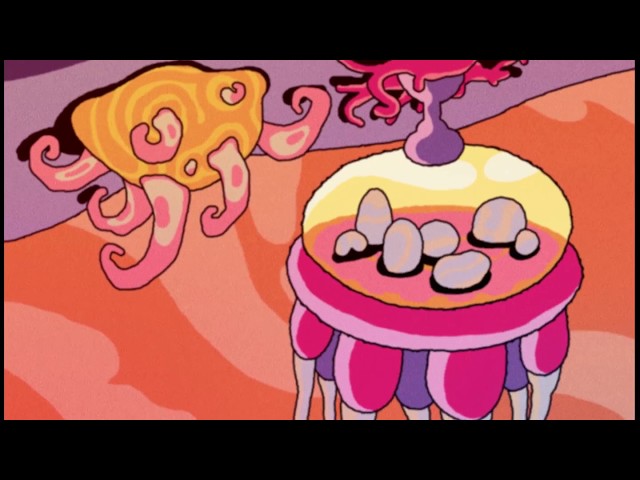 “Hard Times”
“I wrote ‘Hard Times’ while imaging that one day I might become a father. Coincidentally my wife and I are expecting our first child next January [2018], so naturally so you start thinking about what kind of parent you want to be, or what kind of things you hope to teach your children. Reflecting on my own experiences, I see no point in setting children up for disappointment by sugar-coating life and pretending that everything is going be okay all the time. Life isn’t always easy, but that’s nothing to be frightened off. ‘Hard Times’ will inevitably come but that’s okay, and completely normal, and we need to trust that we will be fine. You can’t plan for every situation but you can create and nurture good coping mechanisms.”

“Strange Dreams”
“This song introduces what becomes a recurring lyrical theme on the album, which is the subject of temptation. Temptation is interesting to me on a personal level as I’ve had to wrestle with and seek to tame the beast of over indulgence throughout my life. Sometimes the allure of what appears to be a good thing can ultimately lead to your demise. As echoed by the chorus in Sugar Rush, sometimes it really, “Ain’t no good to know a good thing”. This song was essentially a happy accident, born while messing around with an omnichord in my home studio. It’s an instrument or toy originally intended for children, but with such a great sound I think I ended up using it on most songs. I like the fact that ‘Strange Dreams’ was hatched on a kids’ toy but during recording was accompanied by a full orchestra, which we recorded in George Martin’s studio in London.”

“Who You Think You Are”
“I wanted to have one song on the record that was musically as far removed from Jet as I could get – and this is where I arrived. A mixture of dance with a little bit of disco/RNB, although the chorus is quite lush. Stylistically it’s a mix of ’60s, ’70s and ’80s in terms of instrumentation and technologies. A song that specifically talks about drugs and the seductive nature of them, particularly cocaine. If you’re going to write song about cocaine, for me it feels right to have it based in disco. Cocaine is as alluring and elegant as it is kitsch and cheap, and that was exactly what I was trying to capture in the mood of this song. ‘She knows how to light you up / To show you all who you think you are / Everybody wants to be / Living her kind of make believe.'”

“On The Top Of The World”
“More of a mood than a song: this very short moment was me musing on the irony of perceived success, recalling how I often felt during some of the Jet years. Success is a strange concept to me. My own idea of what that means is constantly changing, and has been moving further and further away from what I was told it meant when I was a kid. The idea that happiness and success are connected is an even more interesting one. Again, this is the result of a very primitive recording I did at home, with strings later added in London, augmenting my Mellotron arrangement which also remained on the track.”

“God Knows”
“Probably my favourite tune on the album, certainly my favourite to perform with my live band, the Milano Elettrica. What began as a simple blues tune became a pretty epic, brooding, James Bond-esque number. It definitely became more ‘European’ sounding than American, with a full 22-piece orchestra. It was very moving to watch the recording of the string arrangement. We [Cester and studio band Calibro 65] recorded the main tracks in Milan, in a beautiful old studio built in the ’50s called Officine Mecchaniche, located in the Navigli district. There we had access to an enormous selection of very rare and particular vintage Italian guitars and amps, the private collection of the studio owner, Mauro Pagani. Every night culminated in an incredible feast of local food. Another hard day at work.”

“Not Fooling Anyone”
“Again, flirting with different genres and having fun being free to explore hip-hop beats with real drums and electronic loops. Organic and digital elements combined to (hopefully) create something fresh and interesting. I like this song, I think it’s pretty bold considering my past and a lot of fun to perform live with the two drummers from the Milano Elettrica. I actually attempted rapping on the verses at first. Needless to say… it didn’t sound so good!”

“Little Things”
“This track started out as a more straight-forward soul tune, but evolved into something a bit more unique in the studio with Jim Abbiss. Lots of sonic swirls and sirens. Lyrically includes the work of Martin Craft, whose lyrical contributions are also heard on a few other songs. Some of the guys in the studio band I recorded with, Calibro 65, don’t speak English, so we had to write the lyrics for the backing vocals phonetically on sheets of paper so they could learn how to sing it. It’s another track that’s lots of fun to play live with my live band, the Milano Elettrica, plus horns section.”

“Neon Light”
“This song – along with ‘Eyes On The Horizon’ – were the first two songs I wrote very early on, which helped create an idea and direction for where to go musically after Jet and years of not writing music. A few years ago I was stuck in traffic under the famous Skipping Girl Vinegar neon sign in Richmond, Melbourne, and in that moment [the sign] represented how I felt: trapped and in a repetitive loop. All dressed up and not going anywhere. I wrote the end horn line in the studio the day of recording, with some of the guys who now play with the Milano Elettrica. It’s a great live moment, all about the syncopation of the notes rather than melody.”

“Walk On”
“Without really trying this song seemed to write itself, going from one mood to the next avoiding the normal verse/chorus structural patterns. This song just continues to grow from start to finish, never repeating and rolling into a natural crescendo. I really like all the different places this song goes, starting off with an almost French-like style or feel, but ending up somewhere completely different, for a more heavy, blues-based finale.”