From her Smack DVD origins to her present day Pinkprint era, Nicki Minaj has always matched her ferocious rhymes and larger-than-life persona with a sharp visual aesthetic. As she’s scaled the pop charts and become an icon, Minaj has turned into one of hip-hop’s most consistently entertaining video artists, filling her clips with oddball concepts, colorful costumes and eye-popping effects. These are the 10 best from her first half-decade of stardom. 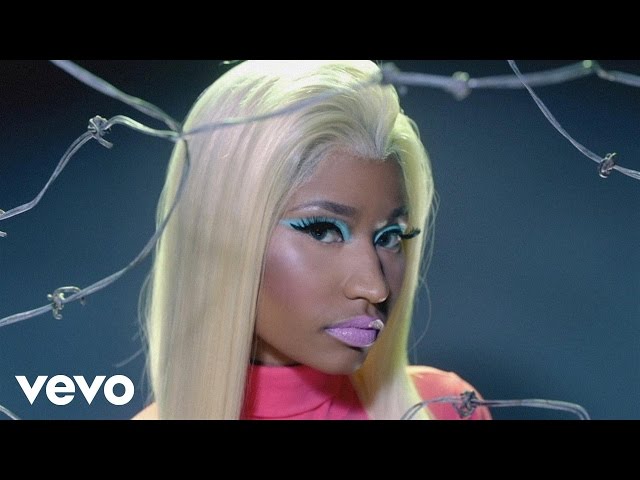 Nicki Minaj was the first major star to get the suddenly ubiquitous 2 Chainz on a hit single when the artist formerly known as Tity Boi became the go-to guest MC of 2012. But instead of taking the obvious route and setting the video in the trap, Nicki mixed grit with glamor, rapping some of her hardest bars in a green bikini and amid slow motion shots of disco balls and silver confetti. The clip closes with a rare and entertaining moment of Nicki being the stoic, reserved presence while 2 Chainz towers over her, busting goofy dance moves.

A couple months before appearing with her Young Money family in “BedRock,” Minaj got her first big look in a televised music video for a major label single: the posse cut remix to Yo Gotti’s “5 Star.” The Queens rapper was a last minute addition when the then-imprisoned Lil Boosie couldn’t make it to the video shoot, but she rose to the occasion regardless, giving the 106 & Park crowd its first glimpse at the pink hair and crazed faces that would soon become a familiar sight. 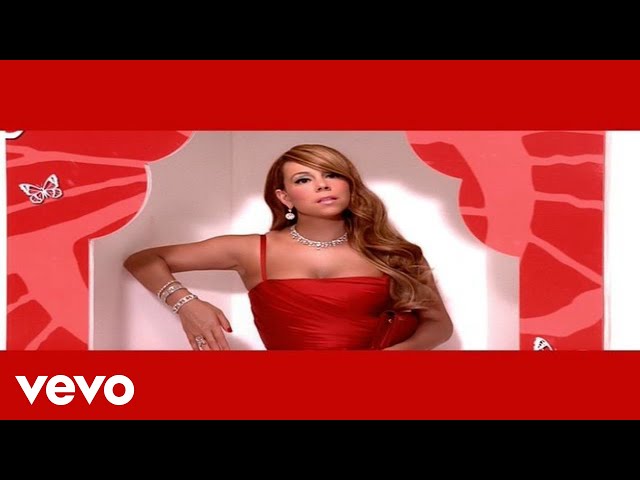 It seemed all so simple back then. Three years before Mariah Carey and Nicki Minaj became mortal enemies during a stormy season of American Idol, they seemed to get along great in their first and only collaboration. Nicki gets two verses on the 2010 remix to “Up Out My Face” and equal screen time in the playful video directed by Mimi’s husband Nick Cannon. They actually have great on-camera chemistry, popping out of Barbie-style toy wrapping and dressing up in matching minks and nurse outfits. 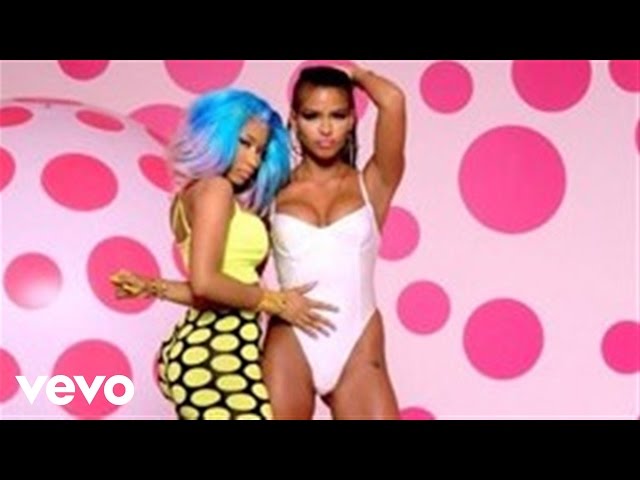 The lead single from 2012’s The Re-Up, a disc of new songs bundled with a reissue of Roman Reloaded, wasn’t a hit, but its accompanying video convincingly brings to life the bizarre fantasy world that may or may not exist in Minaj’s head. Dancers wield pink umbrellas on a day-glo street while Cassie, who Nicki once plotted on “taking away from Diddy,” sings under a bright yellow wig. A hair dryer with dragonfly wings moves through a salon, then Minaj then burns the building down with a flame thrower. 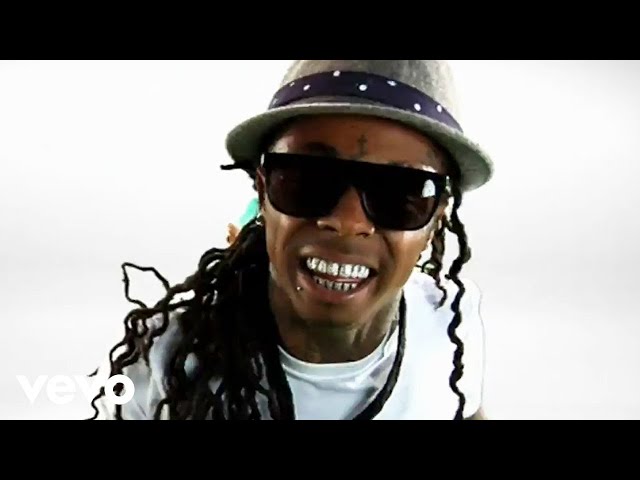 The first Lil Wayne album to be released after Minaj became a star was his odd and divisive “rock” album, 2010’s Rebirth. And Nicki, who for all her pop leanings doesn’t seem like much of a rocker, gamely joined in the project for one of its few bright spots, “Knockout.” She coos a melodic chorus over Wayne’s simplistic pop-punk guitar riffs, then comes to life on a brief but venomous rap verse. She even does all this while wearing boxing gloves and strutting around the video’s silly green screen boxing ring. 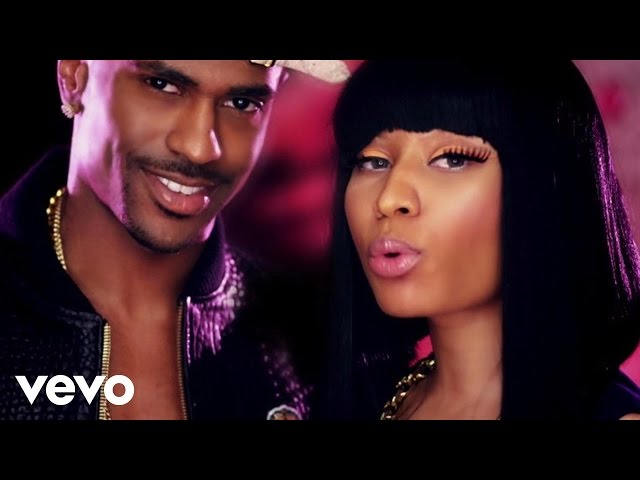 Nothing reaffirms Nicki Minaj’s star power like videos where she shows up for little more than a minute and completely outshines a less charismatic male co-star. Rocking the best Union Jack short shorts since the heyday of Def Leppard, Nicki marches into Big Sean’s celebration of ass to shake her own and steal the show with the song’s most entertaining verse. 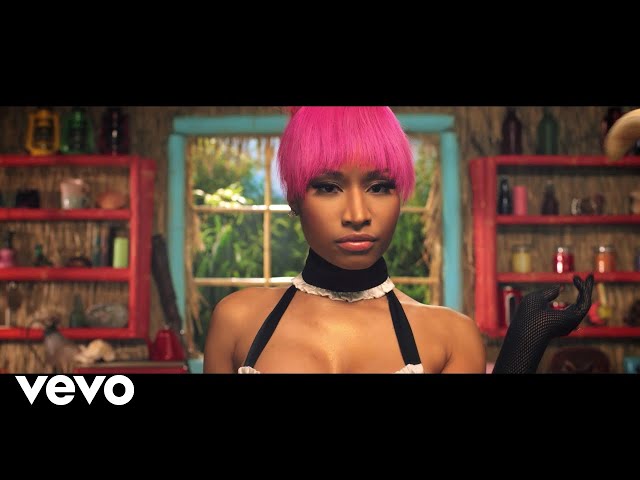 Taking cues from Big Sean’s nods to MC Hammer, Minaj returned to early-Nineties pop-rap for perhaps the most infamous music video about booty since the original “Baby Got Back.” Nicki’s most sexually explicit material has always had a subversive edge, and a subtext of emasculation runs through the clip: Before teasingly playing with a banana in a kitchen scene, she slices it up, then gives Drake an epic lap dance that ends with her slapping his hand and leaving him brooding and alone. 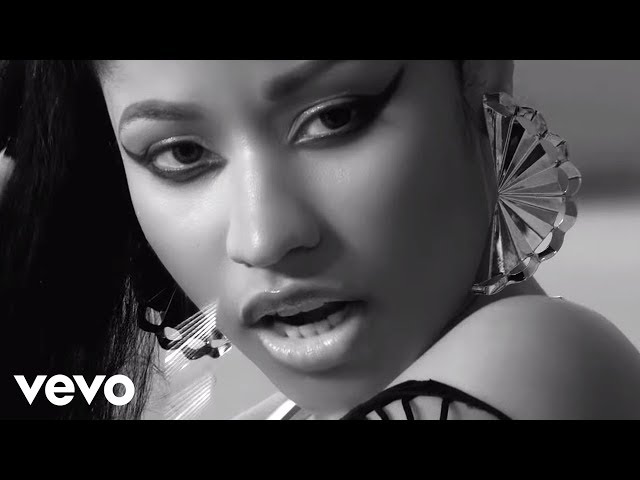 In 2014, Nicki Minaj rebooted her image, momentarily putting away the multi-coloured wigs and wacky outfits to sport a more natural hairstyle and an elegant all-black wardrobe. That look was first unveiled, memorably, in the video for “Lookin’ Ass,” her solo contribution to the Young Money: Rise of an Empire compilation. The thread of gender warfare running through Minaj’s work has never been more visible than in the scene where she raps angrily at male onlookers and mows them down with machine guns. 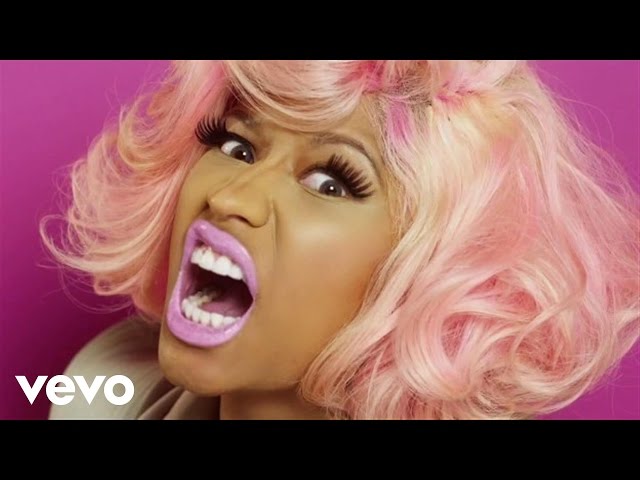 The first video from 2012’s Roman Reloaded was a gauntlet thrown, a combative and bizarre diss track that never named its opponent but heaped disdain with cartoonish glee. The Hype Williams-directed video, which cut between images at a headache-inducing pace, features the rapper morphing into a caged tiger and small child. It broke Vevo records for views and remains the apex of Nicki’s Roman Zolanski persona. 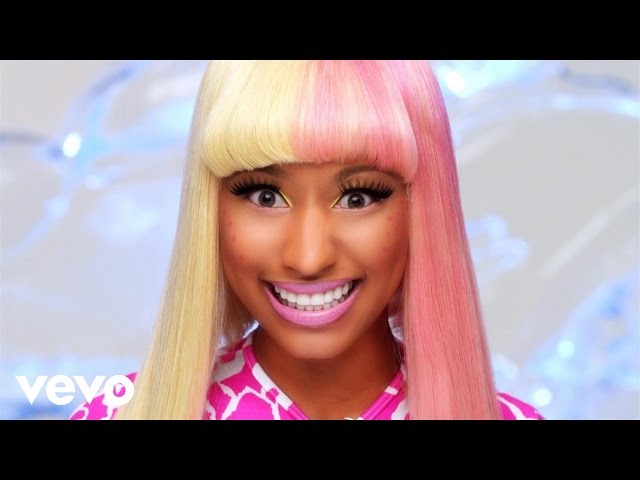 “Super Bass” was buried on the bonus tracks of a deluxe edition for 2010’s Pink Friday and probably wouldn’t have been released as a single if it weren’t championed by pop starlets like Taylor Swift and Selena Gomez. Once it did get released, however, the Esther Dean-assisted confection became Nicki Minaj’s defining crossover moment. Sanaa Hamri, one of the few prominent female directors in the music video world, rose to the occasion, creating a clip that literally splashed pink all over Nicki and her boy toys as the rapper rode motorcycles, danced under black lights and perfected her trademark blink.