Featuring songs about Italian nonnas, getting “midweek munted with ya mates” and even a sharp diversion towards more serious topics such as entitlement, racism and drug abuse, The Pretty Littles‘ forthcoming new album Soft Rock For The Anxious (due September 9th) is a rocky ride from mosh-pits to morbidity. Keen to learn more about the ground covered by the Melbourne garage-rock rascals, we recently caught up with frontman Jack Parsons for a tour of the album’s various themes and to tell us how it all came together.

All words below by Jack Parsons.

“Soda Pop”
“I heard the singer of the Preachers say ‘Italian girls love bad boys’ and I loved it. Song just sorta went from there. I thought I could try and write a song about where I grew up in and around the inner city northern suburbs. Kind of about Brunswick East where I’m living now and Clifton Hill where I grew up. The ‘I’m not scared of your nonna’ bit is about and old mates nanna from primary school who was pretty fierce.”

“Sleeping In Water”
“I never felt fully comfortable with this song. Goolsa [bassist] and Booza [drummer] were on it pretty much right away, so we kept working away at it. I’m glad we stuck at it.”

“Disco”
“This song came about really easily. We got to use a disco beat, kind of, which we never get to do. We all were really lucky to go to fancy schools, where I met a few of my nearest and dearest. Unfortunately a by-product of those schools is the seemingly endless production line of fuckwits that come through ’em. Made kind of sad by a really anxiety enduing, pressured environment geared towards maybe the wrong things – especially when you’re just a kid. The nice part is that music has been a really nice connector to the good folk from those schools.”

“Not Good”
“This song set the album up. The progressions are obvious and the words are blunt. I was trying to be more comfortable writing how I actually felt, not burying it really deep. I was a nice liberating moment. It took so long to make – I think we were demoing a version of this on the last CD. Or even the one before that. That happened a lot with this album. I think we were changing it right up until the morning it was recorded.”

“Overwhelmed”
“I remember lying on my bed and plucking these chords – funny where songs start. This is unchartered territory for us, it’s a real slow burner. Tom Snowdon said that if you have written something down you should sing it – that it’s come from somewhere. I liked that and it gave me the confidence to sing this. So many refrains and words that I wouldn’t have let myself do in the past. Booza drums like a motherfucker at the end.”

“Pride”
“I adore this song. We were so close to putting a way different version on Gospel. We played a different version a few years ago, but it was never quite there. I cant even remember what that was like. I showed Tom from the Harlots the song, coz that bastard can put a song together. He said he saw the song like two in one – that there were two separate starts, middles and ends, and that we had to move a bit. So we moved the half time thing and it made more sense. I can still Tom’s voice saying ‘oh yeah, that will be a great moment’. He is a lovely fella. We never really had a song on the radio before either, so hats off to you pride.” 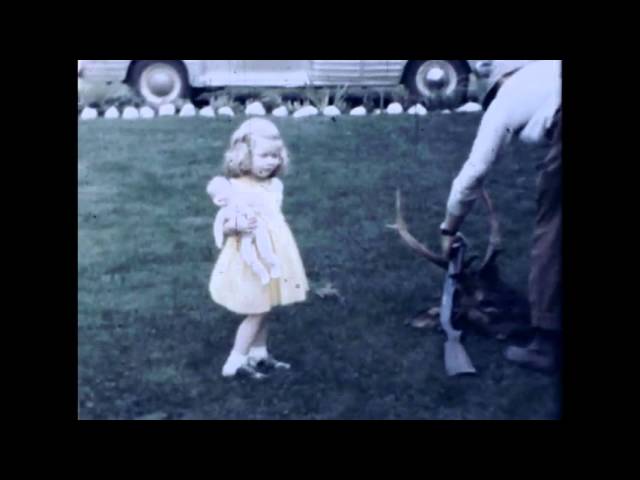 “Shit Head”
“No one seems to like this song except us. Oh and Shan. Shan likes this. I thought this would get a better response than Pride haha – we put this out first and it was one of the truly great anti-climaxes of our shitty little lives. I think it makes me like it more. The underdog! It’s a nice little pep talk for me sometimes. Not having everything ain’t such a bad thing!”

“Tall Man”
“If you haven’t read Chloe Hoopers book of the same name, go and do it. Denial, entitlement, authority and a fierce lack of empathy are a deadly mix. I recorded this with Rudie in his tiny little mixing room on top of the High St hill. I played my old resonator and he played drums and it came out just as I had hoped. Big ol’ Black Rebel beat. I like making it clear where I stand on this stuff so as to not attract the wrong clientele.”

“Divorce Party”
“Fucking hell. Saying cunt in a chorus like 10 times and talking about nangs was the only time I’ve thought about possible ramifications if I ever have kids. This songs about a story I heard about a fella who had just had an ugly divorce, going to rainbow, starting to feel better and then copping a Frisbee to the face and losing his 4 front teeth. 4 years and about $25,000 later he got his teeth back and had a party to celebrate the divorce and just generally having teeth. We made this in about 15 minutes and he caught wind and invited us to play at his party. It was a deep fucking scene in there, lemme tell you.”

“Right Hand Man”
“Boydy [guitarist] plucked this song from absolute obscurity from a little iPhone recording he found on his phone. We barely changed it – We wouldn’t have had the confidence to go through with a song like this until now. Boydy has a real bastard tremolo affect going on. Which makes sense because he is a turncoat.”

“Sam’s Mob”
“Speaking of turncoats, I got called a turncoat when we put this song up. We wrote this after the Adam Goodes shit. That was and is still a really distressing thing. I got in a fucking argument with the President of my foot club about it. I think the general rule being if a marginalised group is telling the majority group that they feel a certain way about something, we listen and understand, we don’t go, ‘nah, this is how you should feel’. When the Caroline Wilson we thought we would throw a bit of support in the right direction. For the most part sports journalism is lowest common denominator stuff for me, excluding Flanagan etc. The fact the Wayne fuck-the-duck Carey is ‘writing’ for the paper and saying things like ‘so and so needs to put up or get out if they want ot be taken seriously as a premiership contender blah blah’. Blimey, is this real life? Didn’t that fuckhead glass his partner? Ohhhh that’s right, he was good at footy.”

“Helluva Tuesdi”
“A song about getting midweek munted with ya mates. An endangered species.”

“Kerosene”
“Goolsa pushed hard for this song. I’m so glad he did. So many little changes in a flurry. Was the only logical ending to the album.”