Desert Pea Media is an independent, not-for-profit organisation that’s existed for over a decade, focusing on identifying and breaking down the social and cultural issues facing Indigenous youth.

A mantra of positivity that’s unmistakably evident on the group’s latest project — a hip-hop compilation entitled Song Nation Volume 1. It’s a magnificently powerful and confident collection, each track vigorously putting forth it’s own unique take on the centrical themes of artistic innovation and cultural pride.

Song Nation Volume 1 is officially out tomorrow, but pre-orders are available now via the organisation’s Bandcamp page. All proceeds from the sale of the record go directly back into assisting with Desert Pea Media’s work with Indigenous young people in regional and remote Australian communities.

Toby Finlayson, one of the founding members and creative director of Desert Pea Media, was kind enough to pen some words on each of the tracks for us.

Spear Of Destiny was created over 4 days to help spread Uncle Alfred’s important message. Uncle Alfred’s Men’s Group is a volunteer service for young men caught up in the justice system, and who are trying to re-engage with community, culture and country and break the cycle of disadvantage. Uncle Alfred focuses on cultural mentoring, on ‘reclaiming your spear’ and taking responsibility for yourself and your family. We pay our respect to the people of the Bindal & Wulgurukaba.

Built To Last was created in 3 days with young people from Cairns State High School. This track is a celebration of building respectful, inclusive and vibrant futures for our young people whilst acknowledging the struggle and fight for basic human rights that continues today. We pay our respects to the Gimuy Walabura Yidinji people. 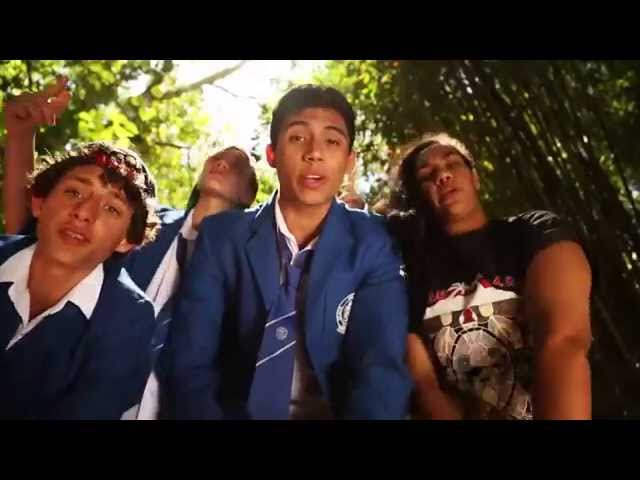 Culture Remainz was created over 5 days as part of a mentoring process by Desert Pea Media artists, high school students and staff at Tagai State College. Thursday Island (‘TI’ or ‘Waybeni’) is the administrative and commercial centre of the Torres Strait Islands (TSI). This track creates a story that wants to recognize and advocate awareness of the struggles of the past, yet celebrate TSI culture and represent the different cultural groups that make up the Zenadh Kes (Torres Strait). We pay our respects to the Kawrareg people.

Take Me Home was created through a partnership between Desert Pea Media and The Smugglers Of Light Foundation, with financial assistance from APRA. This song follows the story of the traditional star constellation of the Torres Strait Islands, known as tagai and symbolizes the strong connection to ancestral lands – you must follow tagai in order to return home. This track becomes a metaphor for creating change in Indigenous and Torres Strait communities and challenges young people to follow their ‘destiny’ to become a strong, positive role model for their people. We pay our respects to the Warragamay people.

For My People was created over 4 days and features Mick Graham aka MC Boomali (Gamilaraay word for ‘strike with power’), who has been a standout participant in Colli Crew projects throughout most of his teenage years. The Colli Crew are a group of diminutive, yet razor-sharp rappers from Collarenebri – a small town in northwest NSW situated on the banks of the Barwon River. This track is an affirmation of the power of self-expression. A story about a young man who has found a voice in music, has found pride and strength in his cultural identity, and uses that power to educate, empower and inspire his people. We pay our respects to the Gamilaraay people. 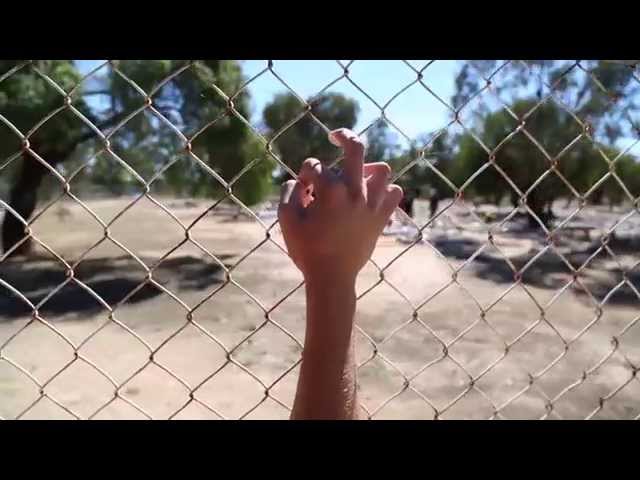 Who I Am was created over 4 days in Condobolin located in Central West region of NSW, on the Lachlan River. This local community campaign was developed with funding from the ‘Department of Health and Ageing’ via ‘Arts Out West’ and the ‘Spread The Word’ initiative – promoting healthy lifestyle and raising awareness of chronic disease for Indigenous communities in the NSW Central West. The song talks about the necessity to find pride in cultural identity, to learn of your cultural history, and the role of young people to define today’s culture in a proud and healthy way. We pay our respects to the Wiradjuri people.

Tjuntjuntjara Tjukurpa was created over 5 days in partnership with Tjuntjuntjara Remote Community School. Tjuntjuntjara community is located in WA and is one of the most remote communities in Australia. The local people are known as ‘the Spinifex People’. They moved from their homelands to Cundelee during British atomic testing at Maralinga in the 1950s &1960’s – returning to their traditional land in the mid 1980’s. ‘Tjuntjuntjara Tjukurpa’ is Pitjantjatjara language for ‘Tjuntjuntjara Story’ and celebrates the Pitjantjatjara culture across the region, with references to the local Emu Dreaming story. It’s also a celebration of local young people, and the importance of school attendance, health, and everybody contributing to an healthy community. We pay our respects to the Pitjantjatjara people.

A partnership project with Tagai State College, Murray Island Campus – Small Island, Big Fight was written in collaboration with school students over 6 days. It was co-directed by Aunty Gail Mabo – Koiki Mabo’s daughter. Murray Island (Mer) is a small volcanic island, situated in the eastern section of Torres Strait, near the Great Barrier Reef. Mer is home to the Meriam people have a wide reputation as fierce warriors and skilled mariners. Mer is the traditional home of Koiki Mabo, who led the first successful Native Title claim on Mer Island in 1981. This song is a tribute to the ongoing struggle for Indigenous rights in the region, and a celebration of Meriam culture – past, present and future. We pay our respects to the Meriam people.

Get Movin was created over 5 days in partnership with Outback Arts and Walgett Shire Council. Written with young people from Walgett High School, this song advocates awareness around local culture and social issues, acknowledging the bleak social history in Australian Indigenous communities, whilst challenging young people and local community members to create change for the future. We pay our respects to the Gamilaraay / Yuwaalaraay people. 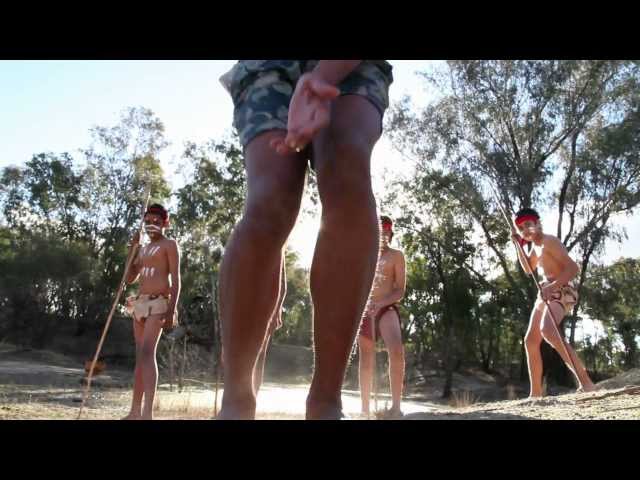 The Wild Mid-West was created over 4 days with local young people in partnership with Geraldton Council. Mullewa is a small town in the Mid West region of WA, 450 Km north of Perth and 98 Km northeast of Gerald ton. This is a story about the Mullewa Indigenous community – the local social and cultural history and a celebration of contemporary Indigenous identity. Young people have a huge responsibility in guiding the future for Indigenous culture and community, and this song encourages them to be strong, rise to the challenge and accept that responsibility – whilst acknowledging and respecting the lessons of the past. We pay our respects to the Wadjari and Yamatji people.

The Gate was created with students from Walgett High School in partnership with Outback Arts and Walgett Shire Council over 9 days. The track begins with an excerpt from a speech made by Charles Perkins, a prominent Australian activist in the 1960’s and 1970’s who was responsible for ‘The Freedom Rides’, a protest movement that revealed for the first time the shameful discriminations suffered by Indigenous people in Walgett and Australia. This story acknowledges the struggle for social change for Indigenous Australia and creates dialogue around the issues that effect young people today – such as teenage pregnancy, school attendance and lack of opportunities in remote and regional areas. But most of all, this song is a call to arms for Indigenous and non-Indigenous people to take responsibility for change, and work together to create a positive future for all Australians. We pay our respects to the Gamilaraay / Yuwaalaraay people.