“Conscious bears the growing pains of a band seeking arena-size additions to the set”, wrote Marcus Teague in his recent review of Broods’ second album. An understandable pressured predicament for the New Zealand brother-sister pop duo to find themselves in, given the unexpected commercial success of their debut, Evergreen.

Vocalist Georgia Nott recently discussed the arduous task of meeting these expectations, as she took us on a tour of the album’s creation.

All words below by Georgia Nott.

“Free”
“Free was one of those break through songs for us when writing the album. We had been writing for a while and we were struggling to find that song that felt like a definite development from the first record. It started from a demo that we made on the tour bus, and once we finished the tour it just evolved really naturally in the studio. It was funny because we wrote it as a result of being bombarded with opinions on what we should be writing. We got sick of trying to make this one particular song work for other people when we weren’t actually feeling it ourselves. So, we wrote Free and it turned out to be the leading single!” 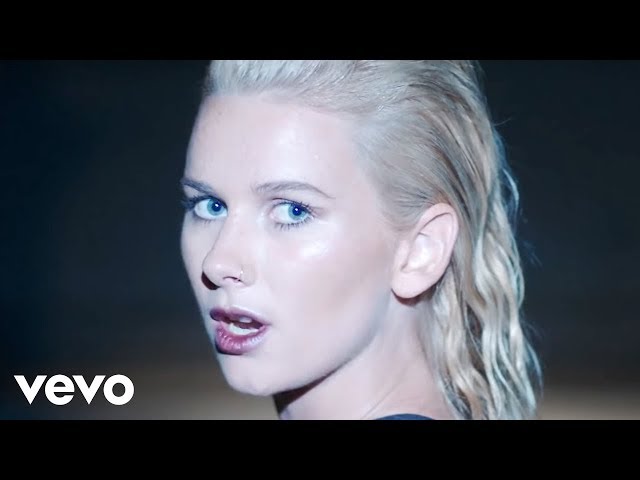 “We Had Everything”
“‘We Had Everything’ was one of the first tracks we wrote for album two. We did a classic Broods and wrote a track that has the vibe of a feel good song but a deceivingly heavy theme. The best way to explain what it’s about is ‘it’s all fun and games until somebody gets hurt’. You take the carefree years of your life for granted and then you get hit with real life and not everyone copes.”

“Are You Home”
“Writing this track was one of the most fun sessions we have had; it was our first time writing with the guys from Captain Cuts and it just kind of clicked straight away. The song itself is about being suspicious of the person you’re dating. Not believing them when they tell you they’re “chilling at home”. It’s kind of a tribute to someone we love, written from her perspective. It’s a song that you can just be annoyed at someone to.”

“Heartlines”
“For a while our fans have been going nuts over the idea of a Broods/Lorde collab and funnily enough it happened out of the blue. We were both writing in Auckland at the time and randomly decided to join forces for a day. ‘Heartlines’ was the end product. It’s about the person you’re into living on the other side of the world. Every time you see them it’s amazing but it’s never enough to fully invest yourself.”

“Hold The Line”
“This was the first song we wrote with our good friend Alex Hope, one of the most talented Aussies out there! It’s definitely one of our more edgy tracks on the record and will be a super fun one to play live. I always imagine this being the kind of song you put your makeup on to before going out with the girls. It has that bad ass feel that gets you ready to paint the town.”

“Freak of Nature”
“This track is one of our favourites. It’s a power ballad featuring our good friend Tove Lo. The song is probably the most emotional song on Conscious. It addresses mental illness and how it is often seen as a weakness in a person, as if it’s an attitude problem. Some of the most beautiful and caring people I know struggle with mental illness. We want this song to empower people to be open about their struggles with mental health and to know they’re not on their own in it.”

“All Of Your Glory”
“Every album needs its designated lullaby. ‘All Of Your Glory’ is that. It’s inspired by moments when the person you love becomes closed off from you. Sometimes relationships fall into lulls and lose their initial spark. This song is in a way a plea for them to come back to you.”

“Recovery”
“This track continues off ‘All of Your Glory’ quite well theme wise, but with more energy and urgency. It’s reassuring commitment but is also quite vulnerable as the same time. It’s an emotional dance track.”

“Couldn’t Believe”
“‘Couldn’t Believe’ is about the night I got engaged and how crazy it was. The song totally captures the crazy, intense, overwhelming feel of being so in love with someone. It started off as a demo that we made and it had such a feel good vibe to it. It just needed to be a pure, happy song, uninterrupted by negativity. Most of our music has undertones of doubt or sadness but this is full on happy. It’s definitely one of the most satisfying songs in our set to play to a big crowd.” 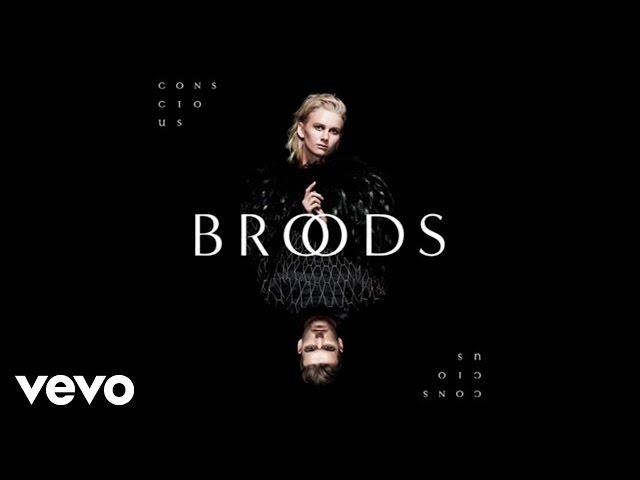 “Full Blown Love”
“We wrote this song around the same time as ‘Couldn’t Believe’. I guess we were loving life a lot that week. This track is about the first stages of getting together with someone. The time when you’re trying to be super cool about it so you don’t fall too hard too quick. You both pretend that you could take it or leave it in case the other person isn’t feeling it as much. But, the more you bottle it up the more you feel like you’re going to explode. The production has the exact same feel as the lyrics which is really satisfying as a songwriter. I remember when we were in the studio working on it, we would all take a moment to stand up and dance to it. I have an image of Joel (Little) doing his signature “raise the roof” action with his insanely long arms. He can literally touch ‘the roof’ sometimes.”

“Worth The Fight”
“This is one of the deeper songs on the record. The lyrics come from a really personal, vulnerable place. It was really important for me to put on the record because it exposes a side to me that is easier to sing about than it is to talk about. It’s the most incredible thing when you get to have that connection with people through music. You don’t even need to have a conversation about how you’re feeling to someone and they understand. We’ve had people thank us because certain songs have made them feel less alone in a rough time and that is such an important thing to have in music. Happy songs are amazing but sadder songs really give you a release as a writer and a listener.

There’s also the cutest story about when we wrote this. Joel’s youngest daughter, who was 4 at the time, didn’t want to go to the supermarket or something so we said she could come sit in the studio while she waited for Mum to get back. We were listening to this intro that we’d written on loop, humming melodies and writing lyrics. She had a piece of paper and was scribbling her own language on them and humming her own melodies. She kept getting up from her seat and whispering something in Joel’s ear. She would come back and sit with us and say “Use that dad”. After the third time she did it, Joel told us her idea and it ended up being the opening melody in the song! It’s in the blood I guess.”

“Bedroom Door”
“This was one of the first tracks we wrote for the album. We had half of it for about a year and a half before we actually finished it. It’s such a cute, calm track. It’s been one of those tracks that a lot people we know have really clicked with. The whole theme of having a shitty day and just wanting to take comfort in your significant other is accessible to people I suppose. It comes more from the perspective of the one who is trying to be there for their person. We wrote it when my person was at uni and he had an insane work load. Sometimes when you’re in a serious relationship you fall into these ‘roles’. Someone is the mess and the other is the cleaner. I guess the big break through is learning to be both.”

“Conscious”
We literally wrote ‘Conscious’ the day before we were supposed to deliver the final cut of the album. We just wanted to see what came out but we ended up pushing it back to get this song on. It’s funny that we wrote a title track after we’d named the album. I just had this lyric that I was desperate to use; “wake me up and keep me conscious”. We just went wild with it and used whatever came to us first. When you write without overthinking the end product tends to be the most organic. Everything about this song is 100% “us”. Lyrically, it’s a metaphor for keeping alert and aware of everything that’s happening around us at the moment. It talks about being in a sleeping state. You don’t have control over your speed or strength. It’s an insanely fun song to play live and quite possibly our favourite song on the whole record.”

‘Conscious’ is out today (June 24th) via Universal Music.