Self-effacing and quintessentially British, London-based musician Will Phillips, better known as Tourist, admonishes his own accolades. “I find it hilarious that I have a Grammy, it’s ridiculous”.

Phillips, who has collaborated with singer-songwriter Jessie Ware, Olly [of Years and Years] and Diplo, to name a few, picked up the Song of the Year Grammy in 2015 for “Stay With Me”, which he co-wrote with Sam Smith and Jimmy Napes. Now Phillips is stepping out on his own, backing up two EPs with his solo debut album, U, out May 6th via Monday Records.

Phillips’ new record is a cathartic pursuit, it tells a story that ruminates on the end of a relationship. It’s not accusatory, a choice he made consciously. “I had the idea to call it ‘You’, but it was almost like I was pointing the finger. ‘U’ is a nicer way of saying that; it’s this kind of unfinished, symmetrical shape. Two people who start off in the same place and then end up in their separate parts.”

We recently caught up with Phillips to talk about his writing process, what he’d be doing if he weren’t a musician, and what he looks for in creative partnerships.

What were you hoping to achieve with the album?
I think I was just making sense of things in my head. I fell in love with a girl and it didn’t work out. It’s like a journal, it’s not specifically happy or sad, it’s just reflective. For this record, I wanted to do something that was based in a narrative, that was truthful, and that was drawn on my experiences. In terms of what I was trying to achieve, I don’t know, maybe just to write some good music. And I think the fuel for that music were all of those feelings and thoughts that I’d had relating to that relationship.

How has the album evolved from your previous EPs?
I tried to take from different sounds I explored on the EPs. My first EP was uplifting and happy, I imagine it was because I was in an uplifting and happy place. My second EP was darker and more influenced by London, which is where I was living at the time. I had no money, I was living with my mum, I was writing music in my bedroom. It felt more reflective and personal. So I think I took those two opposing sounds and tried to find a line between them.

Were there any standout moments for you where you felt like you’d broken through to the honesty you were going for? Where you listened back and you thought ‘yes, that’s exactly what I was trying to say!’.
Yeah, I think each piece of music on the record is my nearest attempt at being honest. I wrote about 30 pieces of music and then I whittled it down to 10, and those 10 were the ones that when I wrote them I was like ‘wow, this is really making me feel something’. And I didn’t care whether I thought they’d be successful or whether they’d resonate with other people. But the songs that ended up on the album were all the ones that I thought meant something to me. I’m proud of this. I want to hold it up in front of myself and say, ‘yep, this is something I’m proud of doing’.

What was the most memorable experience you had making U?
I distinctly remember finishing it. ‘Run’ was the last song I wrote. I remember being like ‘shit, I’ve done it. I’ve just written an album.’ For any musician, if they can sit back and feel a sense of no one having interfered in that process, of no one having compromised it, and it feeling completely true, then, that was the feeling that resounded with me. And I felt peace. I can really put that relationship to rest. 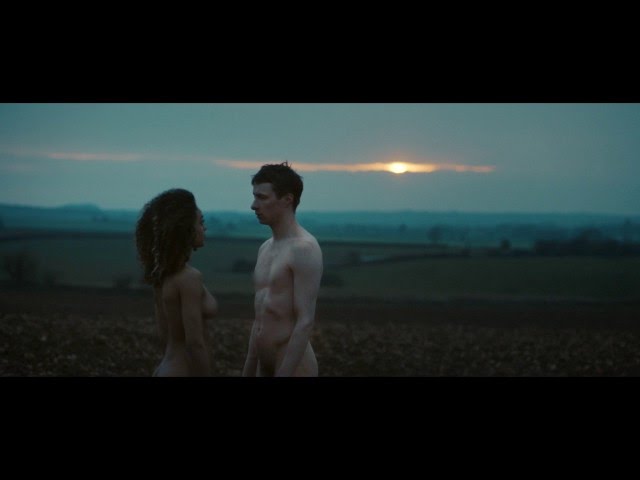 You were playing music at a young age, were your parents musical?
No not at all, not in the slightest. They were very encouraging of my music only because it kept me out of trouble. My mum does an important thing, she looks after people who have dementia. My dad’s always worked in property. I have three sisters and none of them are into music. It’s just me. The rest of my family are doctors and lawyers and successful, but I’m just Little Weird Will Phillips, who writes music.

How did you decide that you wanted to pursue music? Was there a turning point for you?
I never had any other option, really. Not that I ever thought I was going to be successful, but I always knew that I loved doing it. I have very early memories of being naive and expressing myself, and they really resound with me. It’s the only thing I’ve ever done that’s brought me real joy. I’ve had jobs, I worked in a coffee shop, I worked at the Apple Store, but I never had any other big career plans because I knew that music was something that I loved, and I thought maybe if I worked hard enough, it’d happen. I’m very lucky that it did happen, but I’ve always worked really hard at it.

What would you be doing if you weren’t a musician?
I’d love to be a neuroscientist but I’m just not clever enough. I love science. I never worked hard at it at school but as I got older I realised how beautiful and poetic it is. It’s the description of the universe. I pursue art, and that for me is a way of getting very close to what’s real and true about the human experience. I think science is exactly the same, but it’s not about subjective experience, it’s about objective experience. I’m getting metaphysical. Maybe a scientist. I’d like to be a scientist. That’d be cool.

Touching on your Grammy win, such a fantastic achievement, congratulations. Has it changed your trajectory professionally?
I think, a Grammy is like a medal. To some people they mean something and to others they don’t. For me, if you want to work with me because I have a Grammy, that’s the wrong reason to work with me. If things aren’t working in a studio with someone musically, I can’t just turn to my Grammy and it gives me the answers. It’s a funny little compliment, but it doesn’t mean anything in the real world. It certainly has meant that certain people want to work with me, but does that mean I’ve written really good music? I don’t know, probably not. I try not to think about it, it’s tucked away in a cupboard. As soon as I start thinking that’s who I am, it starts becoming not about music, but about expectations. I don’t want to be governed by my previous successes.

So it doesn’t make an appearance at family dinners?
No, I mean only when I’m wrong in an argument. So I just hold it up, and I’m like, ‘well, I won this’.

You’ve written for lots of musicians and collaborated with others, what do you look for in a creative partnership?
I like working with people who clash with me in a way. If I worked with people that you’d expect, the song’s almost already written before you sit in a studio with them. I try to work with people where there’s a bit of friction, a good friction – a kind of coalition of ideas. I just love being in awe of other people. I love that feeling of basking in their talent.

What do you think the best collaborative experience you’ve ever had was?
I really liked working with Jesse Ware. She’s a marvellously talented person and a really good human being. I really liked working with Olly from Years and Years, he’s a sweetheart. He’s so talented and honest. It’s just nice when you make friends. You go to the studio and you expect to make music, but if you make friends, that’s even better. I really enjoyed working with Diplo as well. He’s a really talented, thoughtful person. He comes across as not that, but he really is. He’s intelligent about music. He’s taught me a lot, I really cherish that.