Los Angeles–via-Montreal fuzz-wash mastermind Tim Hecker has made some of the most celebrated ambient records of the 21st Century by mutating church organs, woodwinds and the occasional Eddie Van Halen riff. Love Streams, his eighth album and first for 4AD/Remote Control (due April 8th), may be his most flesh-and-blood LP in a catalog filled with digital shoegaze and mutant electronica: It’s an abstract sculpture that utilizes the human voice. With assistance from Sicario composer Jóhann Jóhannsson, Love Streams navigates trills, phonemes, harmonies and digitally laminated melodies through his distorted, gorgeous, harsh waves of sound. Hecker told Rolling Stone how an Icelandic choir and Chewbacca helped make one of the year’s most anticipated experimental releases. 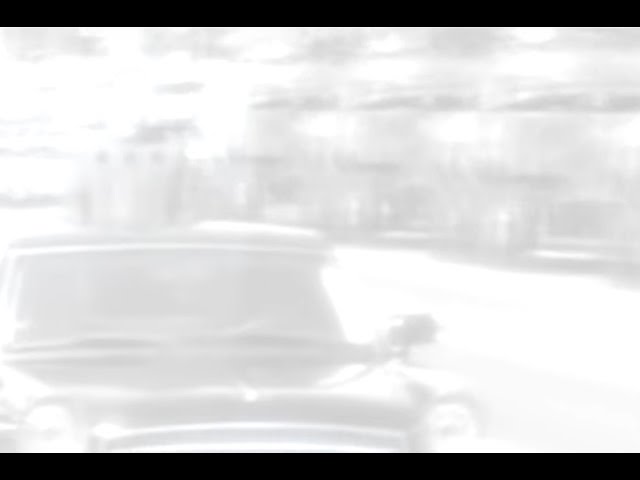 How is Love Streams different than what you’ve done before?
I started out with a concept, which is to fully eviscerate and interrogate the voice. I started with ripping medieval choral motifs, this composer Josquin des Prez, late 15th century. I don’t know if you know about Melodyne, but there’s technology now, you can literally rescore any piece of digital audio and its polyphonic contents … for sheet music. So you can take a Justin Bieber song through an MP3 and write it for digital saxophone or something.

The software writes it.
Yes, exactly. And that allows that game of appropriation and origin and source to become much more muted and vague and confusing and plastic. You can pitch it down one octave, you can stretch it out. Like the Bieber saxophone … what if you stretch it out 10 times longer? It does not become Bieber. It’s like a whole bunch of more interesting conversations than sampling and dealing with the burden of that source material. … I gave Jóhann treatments of these 15th century pieces. So, I took Josquin des Prez and I pitched it down seven tones and stretched it out and pulled out some notes I didn’t like. And he then wrote choral arrangements for these mutant pieces.

Why did you want to get into the human voice? That’s something that’s never been part of your records.
It’s been a slow process of … becoming comfortable with some representation or instruments coming in more and more. It was just relaxing. Let’s have voices. It doesn’t need to sound like alien code. Last album, I tried working with synthetic voices and it just didn’t work out. Like choir pads and shit like that. I just thought I would have really beautifully recorded voices all near microphones, and I could just treat that like this river, these streams of transcendence or whatever.

How many vocalists did you use in Iceland?
It was eight in an ensemble, I believe, more or less. We did it one day, and I was insanely hung-over when we did that. I ate whale sashimi and ice cream and drank this liqueur called brennivín — I can’t remember exactly, but it’s just medicinal hell. And I was ill as fuck. … I tried to help. Jóhann sent in his assistant to conduct it and Ben [Frost] recorded it, and would walk in occasionally and yell instructions.

So did you just slump down in a —
In a couch. I just laid on the couch. The arrangements were written; it just needed to be performed. I go to work after I get the ProTools sessions. That’s when I start going Cujo on it, you know? I’d say stuff, like, “OK, that’s cool but pretend you’re Chewbacca singing into a saxophone and you just drank like 8,000 gallons of sizzurp.” You know, they tried.

What other directions would you give?
Well, we originally scored them in reverse Latin to start with, so there’s no burden of text. There’s is no, “God is holy. My feet are sore.” You don’t want lyrical weight. I wanted it to feel like some language that you’ve haven’t gone to. … Dothraki or something.

What’s reverse Latin?
You take whatever that word is and you flip it, recto/verso. And it’s mostly vowels, accentuated vowels.

Wait, each syllable was in reverse? Or the last word was the first word
That’s a good question! I didn’t fully interrogate with Jóhann. He just said “reverse Latin.”

Where did the original Latin lyrics come from?
I don’t know. You should ask him [laughs].

So, there are maybe shreds of Burroughs-ian lyrics that someone could decode on your album, potentially — but that’s not going to be you.
Yes, yes, absolutely. For sure. It’s what got me originally away from the voice. It was kinda like the tedium of semiotics or whatever. Everything I was doing was escapist from like rational norm brain time.

What song does have your favorite lyrics?
I can recite the whole of Andrew Lloyd Webber’s Jesus Christ Superstar. Like from start to finish [laughs]. I used to tree plant when I 20, up in Northern B.C. with my tape Walkman just singing the rock opera.

You’re working with a light show on this tour. What are the logistics of getting the rig to the venues?
We rent in each town. It’s like these LED bars that can do infinite colors. You can kind of computer map them to have weird waves of shimmering. It’s about doing something that’s the equivalent of darkness, that focuses the eye back on sound. When it’s done with enough haze, there’s like a narcotic effect where it makes your eyes kind of crack out and it makes, like, a third ear open up. It amplifies sound, in a way that going to a live show with a huge video screen doesn’t. … It usually requires about seven industrial concert hazers to like fill a room up with enough haze, to —

Haze, meaning smoke?
Smoke, yeah. But haze is cleaner. You can walk around not feeling like you’re inhaling just bullshit. It can build up the same as smoke does, but smoke has that chalky kind of smell. It smells like you’re inhaling someone’s chalkboard. It’s gross. You fill up a room like you’re in Scottish pea-soup mist. That’s kind of what I go for in my ideal scenario, this liquid world. And, like, bright fuck-off lights that make you feel like you’re tripping. I feel very high just from light tests and stuff.

How does affect you as a performer, being in this swirl?
It feels really great. I’ve been on stage in Toronto doing one, and I had a scarf over my head and doing a kind of like a dancehall … dance. I just felt like liberated. And I felt like I could really express myself away from the burden of the electronic producer hunched over his equipment. Part of darkness, part of this, is to circumvent the silhouetted, hunched ego of the knob-turner. … And I really have nothing to hide, but I feel it’s just better when you’re just getting smoked by something. You don’t know where the speaker is in the room, you don’t know who you’re standing by, you’re walking by, someone’s making out in the clouds.

Have there been any performances that you’ve seen that inspired this?
I mean, my triangulation of this shit isn’t coming from music. It comes from Olafur Eliasson’s fog rooms and it comes from La Monte Young’s Dream House. That’s not pretentious; that’s just truth. It’s like, why didn’t they sonify that shit? That was my starting point.

Love Streams is coming out in a landscape of electronic music about distending sounds — Arca, Rabit, Oneohtrix Point Never, Haxan Cloak.
I’ve been, for like 10 years, seeing digital audio as the great plastic sculptural medium. It was like a promise that was becoming increasingly realised and I’m really happy at a level that that kind of dialogue is coming up more. With computers becoming more and more adept, and things cheaper, people are like using it in a more aggressive way to fuck and stretch and pitch and invert and that’s something I’ve been doing for a long time.

Did that affect how you went into the record at all?
I think the risk of doing digital audio in this time, is, like, when does technology become like shitty CGI? When does it become like Michael Bay Transformers of sound? That’s taste, and that’s a judgement you can’t teach. It’s a fine line, and the good ones have that intuition, but it’s … definitely one of the great challenges.