Ahead of their appearance at Byron Bay’s Bluesfest in March, we sat down with Scott Devendorf, bassist for beloved alt-rockers the National, to talk side projects, Grateful Dead cover bands and the progress of their forthcoming seventh album.

This is the first time the National have played the Byron Bay Bluesfest. You guys excited?
We are looking forward to that happening, it’s gonna be great. We have been to Byron Bay before once when we were between shows, but not for Bluesfest, so it’s pretty big and pretty exciting for us. We play a show in Auckland a few days before Bluesfest, so we will have some time off to just hang around Byron before we play, which is nice – and unusual! [laughs]. Usually we’re in and out.

Are there any acts you’re hoping to catch at Bluesfest?
Graham Nash is playing, which is pretty exciting for me personally. There’s a lot of great acts playing, for sure.

Where’s the band at terms of making new music?
We’re in the midst of recording and are about to be in the deep midst of recording. We did a couple of writing sessions last year and have worked on some new songs, so we’re gearing up to make a new record. Our thought this time is to play some new songs over the course of the [U.S.] summer and beyond, and hopefully finish up in [U.S. autumn]. That’s our tentative plan at the moment, which of course is always subject to change. But that’s our general idea – play some shows, play some new songs, work on recording new songs and hopefully have some sort of freshness in recording and in playing them. Usually we work on songs for a long time, make a record then go out and figure out how to play them live, but we’re doing a little bit of the opposite by recording and touring at the same time and capturing what we’re doing after the fact. I’d say we have 30 or so song ideas we’ve been batting around and there’s probably 15 or so that we’re focussing on. It takes a while. You’re sifting, and it’s “nope, nothing there”, and then you go back and find the gems. We’ll see what cuts the mustard. 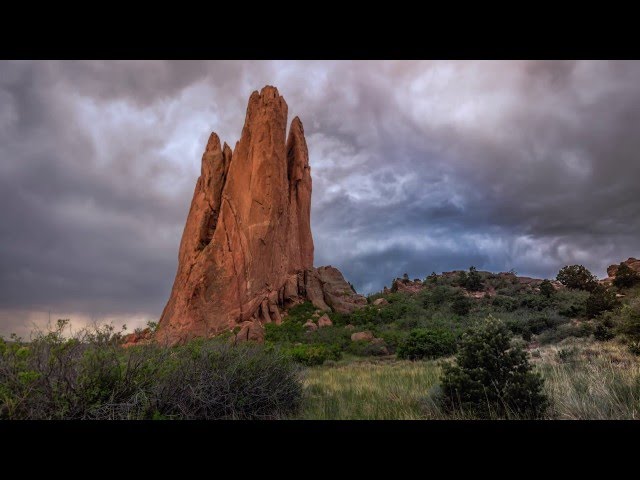 You guys have a bunch of side projects – Matt [Berninger, National vocalist] plays in EL VY, you’re in LNZNDRF with Bryan [Devendorf, National drummer] and Ben Lanz [Beirut] and Bryce [Dessner, National guitarist] contributed to the score for The Revenant. Does that make it hard to move forward with music for the National?
It think it all kinda helps our main band, the National. We do all that stuff in our down time and in between tours and records and that kind of thing. People try and fill the time with creative activities and I think all of that rolls back into what we’re doing with the National. It’s not a distraction because it’s always happening when we’re not as active with the National, and I think it gives everyone a new, fresh perspective when we go back to make another record – you learn things along the way and figure things out. One of things we’ve been working on is a Grateful Dead covers record. We’ve been working on it for a number of years and it’s finally coming out some time in late [U.S.] spring. It’s all musical activity and exercise, versus sitting around and not doing anything [laughs].

Tell us about the LNZNDRF LP, which comes out this month…
It was really fun to make and was a project that’s been on the backburner for five or more years. We finally got together last year to make it and it was all improvised at the time and we went back and edited down a bunch of jams and worked on song structures. We’re all fans of Krautrock and bands like Can and Neu!, and there’s probably some Nineties indie rock influences in there too. It was us trying to make our own excursion into that world, I guess. It’s a loose departure from what we normally do but it was super fun. We want to play some shows, and initially our plan was to only tour volcanic islands, because the band was kinda formed in New Zealand in 2011. There was meant to be an opening band for a National show and they couldn’t make it, so we debuted as LNZNDRF with some improvisational stuff. That was our first show, quote-unquote. So our crazy idea was to only tour the Ring of Fire and New Zealand and Hawaii, etc. So far we’re only getting to Europe and New York. It’s a fun little mini-adventure.

Can you elaborate on the Grateful Dead covers album?
It’s 60 songs and about five-and-a-half hours long, it’s really great. We worked hard on it and there’s a ton of other bands on it, and we’re the house band on a bunch of stuff. It’s a multi-artist effort, but we’re sort of curating and producing it. There’s so many people on it – the War on Drugs, Bonnie ‘Prince’ Billy, Lee Ronaldo, Ira from Yo La Tengo, Lucinda Williams, Bruce Hornsby with Bon Iver and a bunch of others. It’s gonna be cool.

The National will be playing the 27th Annual Bluesfest, held between March 24 – 28. Top photo: The National (Devendorf second of left), courtesy.