‘This is going to sound random, but I’ve been thinking about Pope Francis the last few days.” This is not a statement one would expect Hayley Mary to make early in an interview about the Jezabels’ third album. The frontwoman is sitting in a busy café in Sydney’s inner west, drinking volcanic-strength coffees and talking about the long and winding road that led to Synthia, their unexpected third album: unexpected both in its confidence and quality after the troubled gestation of their previous album, 2014’s The Brink, and in that no-one knew it was coming, least of all the four people who created it.

“I’m just really excited, inexplicably, because I feel there is a change in the air,” she declares with passion. “This Pope is talking about the environment and the theology of women, there are revolutions going on – I’m really excited about the world.”

Mary’s a non-believer these days. “I ignored Catholicism, because I grew up Catholic,” she laughs. “Catholic guilt permeated my family, even when we didn’t actually practice anymore. But I started seeing things about this Pope, and he talks about the genius of women needing to be involved in important decisions. And I feel that Tony Abbott was not accepted in Australia when 10 years ago he probably would have been in for decades. He really mobilised people to go, ‘No no NO! We’re not complacent, what the fuck is going on here?'”

Complacency has never been an issue with the Jezabels. Whisper it quietly, but it wasn’t a done deal that there would even be a third album. Mary insists that the band never discussed splitting up, but The Brink was the archetype of the Difficult Second Album: sales were good, but critical reception was mixed, and touring for the album proved unexpectedly brutal.

“We definitely cracked,” she sighs. “We worked too hard and we toured too much, and it took its toll on us, physically and emotionally. And working hard is good, but in some ways we worked too hard and in others we didn’t work hard enough. [The rest of the band] are all workaholics so they would have just kept going, but I was like, ‘I think you guys need a holiday, and I’m taking one so you have to have one.'”

Once the touring was done the members scattered. Drummer Nik Kaloper decamped to the UK, keyboardist Heather Shannon started pre-medicine studies, and guitarist Samuel Lockwood ignored music for a bit and “kept himself busy landscaping and just living again”. Mary, however, took instruction from the words of William Blake: “The road of excess leads to the palace of wisdom.”

“I went to America, hired a Ford Mustang convertible and I drove from L.A. to Vegas, and I lived a life of hedonism for three-to-six months. I hung out with proper rock & rollers who still think it’s the Seventies and take a lot of drugs and have a lot of sex,” she laughs. “It was great!”

She then headed across the pond to London, “and I was meeting all these bands that had the look of the golden age of British music, but had all these backwards attitudes. And it really made me wonder about the current state of rock & roll. I’d say ‘I’m a feminist’ and they’d say, ‘But you’re too pretty to be a feminist!’ What the fuck? I felt like a groupie, because that’s how they saw me. Being away from the Jezabels and out of the small world which we created was a bit of an eye-opener.”

In 2015 a gig commitment drew them all back to Sydney again. “We just got together to rehearse for a show, and we were suddenly like, ‘Nah, let’s just jam.’ It was glorious! It was like back in the day, because there was the opposite of pressure. We wrote four songs that week, and forgot to rehearse.”

The enthusiasm for making music together collided with the ideas about sex, identity, feminism and self-determination that were swirling around Mary’s head. “I just came back from the UK really wanting to make a record. Like, really excited for the first time in years, and feeling like the stuff I wanted to talk about was more valid than it ever was. And the band was like, ‘Yeah, let’s do it!'”

This burst of inspiration had some consequences: “Nik and I were planning on moving back to the UK, but we thought, ‘Let’s just stay until we write a record.’ And that took a few months, but it was quite quick – and Lachlan [Mitchell, producer] lives around the corner and he was like, ‘Let’s just make it.'”

So what made the difference? “It’s not the second record,” she says bluntly. “There’s a little bit of abandon, and you’re better at what you’re doing. You know how to function together.”

Synthia is the most explicitly sexual album the band have ever made – although Mary shies away from using the F word.

“I don’t want to use the word ‘feminist’,” she says. “A lot of people just cringe – like my father, and guys I know, even good people! But people are really shifting: even my dad, I think maybe because of the Pope.”

That said, the album pulls few punches with regard to sexual politics.

“There are a few songs on the record that are about that, with sex. Just ‘lighten up about it’. Songs like ‘If Ya Want Me’ and ‘Pleasure Drive’ – they’re personal, but also just how I feel about sex in general. Like with ‘Smile’, for example: it’s saying, ‘I’m not a prude, I don’t hate sex, I don’t hate men, I might like you, you can express yourself, if you want to whistle it doesn’t actually bother me.’ But when it comes to telling me to smile? Don’t tell me what to do.” She rolls her eyes. “Because it happens a lot.” 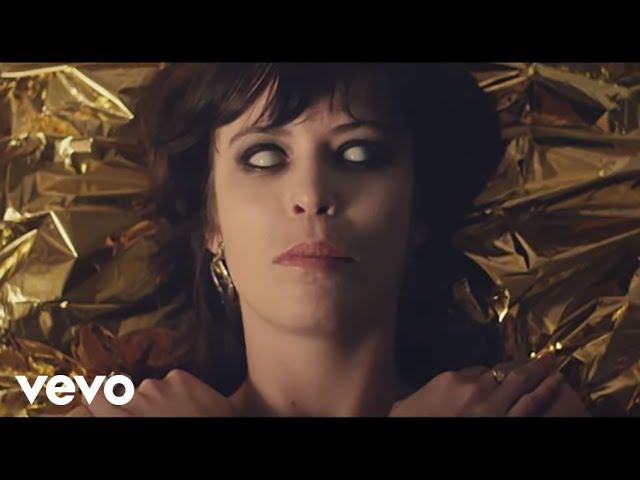 Anyone concerned that Mary’s descent into the international rock & roll underbelly might have turned the band into swaggering rock pigs can breathe easy: as befits an album named Synthia, Shannon’s new collection of keyboards dominate the record.

“In a way the synthesiser is retro, and in another way it’s more futuristic and guitar music seems more retro,” Mary suggests. “I know there’s a romanticism about guitar music and the blues, but in the Seventies there was this feeling of, ‘No, let’s go forward and use computers and machines.’ Kraftwerk as opposed to the Beatles. Other things can be rock & roll.”

For the past three years, there’s been a shadow hanging over the Jezabels that they’d kept under wraps: just before work began on The Brink, Shannon had been diagnosed with ovarian cancer. The initial prognosis was good and the band continued to operate; however, a couple of weeks after this interview, the quartet received news Shannon’s cancer had aggressively returned.

“She’s started treatment, and she’s in positive spirits,” Mary explains down the line from London, confirming that touring plans have been put on hold for the foreseeable future. “She’s been very strong the last few years. Despite the cancer, we’ve been able to maintain this reasonable level of scheduling. She’s kind of amazing.