Craig Finn is growing up. “I’m not sure I’ve ever written a song about someone who lives too carefully before,” said the Hold Steady lead singer, introducing a new song at an intimate solo show in Brooklyn last month. With his bombastic songs about reckless parties and restless drunks, Finn has spent the past decade with the Hold Steady chronicling the lives of those hellbent on not being careful enough. Tomorrow, however, Finn will release Faith in the Future, the graceful follow-up to his 2011 solo debut, Clear Heart Full Eyes; below, watch an exclusive premiere of the video for the album’s second single “Maggie I’ve Been Searching For Our Son,” which was directed by Caroline Jaecks and assembled from a collection of nearly 300 video clips and photos supplied by close to 60 Craig Finn fans. Written in the wake of his mother’s passing in 2013, Faith may be his most personal record to date, a scaled-down showcase for his signature narrative songwriting style and precise literary detail.

“When I first met [producer] Josh Kaufman and we started talking about making this record, there were two things we talked about,” says Finn. “One was elegance. I wanted it to be age-appropriate. The other thing was to be hopeful.” With the Hold Steady currently on break, Finn, 43, is also hopeful as ever about his solo career, with an expansive tour planned for the fall. Rolling Stone recently caught up with Finn to talk about his new album, Lent, and the future of the Hold Steady.

When you were writing these songs, did you know they weren’t going to be for the Hold Steady?
I showed the band one song, “Sarah Calling From a Hotel,” when we all put in demos for Teeth Dreams. No one really reacted, and that one doesn’t really seem like an obvious Hold Steady song. We already had plenty of material. It’s the Hold Steady; it kind of works; it’s one way. It wasn’t like we were scrounging for material, and these songs didn’t seem right. The thing is that the Hold Steady, after six albums, has gotten into this one way of writing where Tad writes the music and I write the lyrics, so just by completing a song on my own that has music and vocals, it becomes a solo song.

By the time you’ve completed it, it’s already not a Hold Steady song.
Exactly. Which is good, it’s fine. I work a lot, and I tend to write a lot. This year, I wrote a song every day as an exercise for Lent, so that means I’ve written 45 songs this year. I remember talking to John Darnielle of the Mountain Goats, and he was like, “If you have a work ethic of any sort, and you’re a professional musician, writing one song a day is not too much.” It’s about going to work.

How was the Lent exercise? Did you come up with anything you were happy with?
Yeah, in fact I was just going through those songs last night. There’s a song about a hockey player. I don’t know if I’m ever going to put that one out, but that’s what I wanted to do that day. I was thinking about hockey. There are some that are terrible — I mean bad. But there’s a good dozen. Now I can go back and say, “This is pretty good; this needs a bridge.” There’s this one thing that happens with indie musicians that at a certain point in their career, or a certain age, they start to be songwriters and start talking craft and all that. I feel weird catching myself saying stuff like “It needs a bridge,” because usually it means it just needs another part to make it cool. It doesn’t have to be a bridge. I’m not trying to make a traditional song: I’m just trying to make something cool.

When you made your first solo record in 2011, did you feel any pressure to make a traditional rock-frontman-goes-solo type of album?
Yeah, I sort of envisioned it that way. It was that, and then it was the location of doing it in Austin. We just put together the band in the studio and had them play — it was the sound of them playing a song shortly after they learned them, so there’s some immediacy there. It was obviously a more country-sounding record than this one is. I like it, but it seems like there is something that seems obvious about it, with the pedal steel and all that. But it was a really good experience.

Your new record has so many songs that have well-intentioned women getting caught up with not so decent-seeming men.
The men are definitely the losers. There’s Maggie, Sandra, Sarah and Christine, four different songs. These people’s worlds revolve around these women, and what ends up coming out in the story might not be all about the girl, but it’s the starting point. For a while, I was writing a lot of songs about two people, just trying to write about couples, and then I stopped talking about the guy as much. It wasn’t super intentional, but I realized I had all these songs about girls with very specific girls’ names. When writing, putting a name to someone helps me envision them. I remember hearing the Donovan song “There Is a Mountain” in college, where the bridge goes “Oh, Juanita.” I was like, “Who is Juanita? Where did we get to her?” I love those moments in songs. 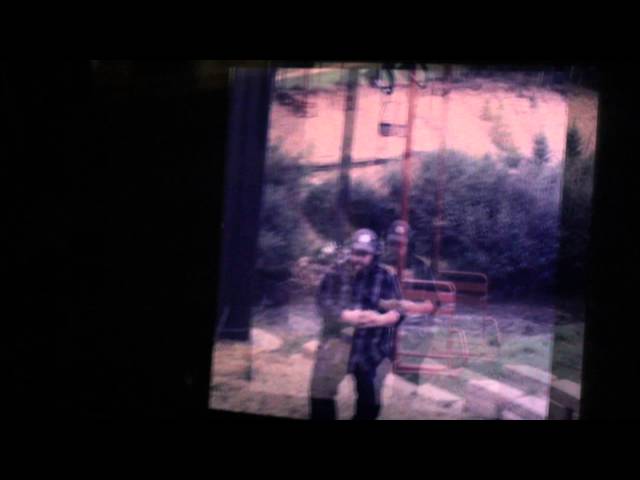 This record kind of ends up being in some way a reaction to my mother’s death, but it’s also about perseverance and going to work. Just the process of going to work influenced it, because I got really fascinated by how we all push forward, almost everyone, in our own way. You get up and you go to work, and there’s something kind of amazing about that. It’s just about having faith in the future and working towards something better, even if you don’t know what it is. You could say, “I’m going to go to the gym,” or “I’m going to write a song.” Or you could say, “None of it matters.” People do get to that place, obviously, but not that many.

What’s the difference between saying “stay positive” and having “faith in the future”?
I think [2008’s] Stay Positive is actually pretty dark. If you say “stay positive,” things aren’t good. This record is a little more… what’s the writing thing, show me, don’t tell me? I tried to put some hope in there without making it too obvious. The Hold Steady’s done so much that’s positive, and I like that about it, but I wanted to convey that in a different way.

As you continue to make solo records and gain more experience doings things outside the band, can you envision a musical future for yourself without the Hold Steady?
I always hope that the Hold Steady will be around, because there’s camaraderie and there’s a community, a shared experience, that is important to me. But sometimes I think as we get older, it can be unwieldy. The Hold Steady is a big enough band that we need a certain amount of people to do things, so there’s some flexibility that the solo thing gives me to keep working. Also, artistically, it’s become important to me to be able to do both. It’s become a thing where I’m definitely going to need to do both to be happy.

I imagine one probably makes the other more rewarding.
Yeah, the solo thing is very rewarding, and then you do a Hold Steady show, and everyone’s going crazy. You get to a point after ten years in the Hold Steady where you don’t feel validated unless someone throws a beer. You have to get past that. I’m really happy and excited to be doing both, it’s like flexing different muscles.