Since taking off for life in Los Angeles last March, Newcastle’s self proclaimed shit-pop group, the Gooch Palms, have been carving out an impressive list of achievements as full time musicians. Racking up 130 plus shows across the U.S.A. the band have also set up their own label, Summer Camp Records, and released their upbeat single, “Tiny Insight”, in December.

With their second consecutive appearance at SXSW approaching, a new album set for release in June and even more touring to come, 2016 is shaping up to be yet another big year for the eccentric Aussie rockers.

Ahead of their Australian tour Rolling Stone spoke to guitarist and vocalist, Leroy Macqueen about recording the new album, finally being taken seriously and Newcastle’s booming music scene.

You guys are back in Australia at the moment, is this a short visit?
Just in Newcastle, yeah. This week we start our Australian tour and then back to America after that for SXSW again, and all that jazz.

And you’re settled now, are you going to stay in America do you think?
Yeah – It’s definitely a lot easier to be based from there and just come back, do an Australian tour then go back and tour there. It’s a lot easier now that we’re full time musicians to be picking up more and more shows over there.

So is that the reason you moved there? It’s a bit more economically viable to get around?
Yeah for sure – and just to be able to spend a lot more time on the band has made a huge difference as well. Just to think only about the band. Also, it’s so expensive to do a one-off American tour and then come back. So to be able to set up there and even just to play a lot of shows around L.A. has helped us a lot.

How did that start to begin with? Did you head over for SXSW?
Nah – we did a DIY tour in 2014 and we just booked it all ourselves through friends we knew and bands that we’d played with in Australia. We got approached by Panache Booking and they were interested in booking us and booking us a tour if we wanted to come back. So we said, rather than just come back for a tour – we’ll try and maybe live over there. And then a room became available at a friend’s house, and it was like “I guess we’re moving [laughs].”

And as far as influences, did you write the new record while you’ve been over there?
It was kind of 50/50.

Do you feel like the American culture is rubbing off a bit?
Not so much the American culture, more just playing with so many bands. We’ve played 130+ shows, so we played with a lot of bands and even going out to see a ton of bands. It all just sinks in without realising. The songs are still about us. The record is called Introverted Extroverts – which kind of explains itself. We can do what we want on stage, but when we’re off the stage we don’t mind crawling into a hole and not being seen until we wanna come back out again.

You’ve got such a strong personality on stage, it’s a whole theatrical thing. Do you view it like a theatrical performance?
Not intentionally. I feel really, and I know Kat [Friend – drums/vocals] does as well – that’s where we feel the most comfortable and confident. I know a lot of people that are musicians are either really anxious or depressed or whatever, but they can say the same thing that when they’re on stage – they have no worries. And that’s what we love doing more than anything else in the world. So while we’re up there we’re like “Yeah!” And then when we’re at home we’re like “Oh, I’m happy to just watch TV and not go out.” You know? Sort of just be a bit of a dag. 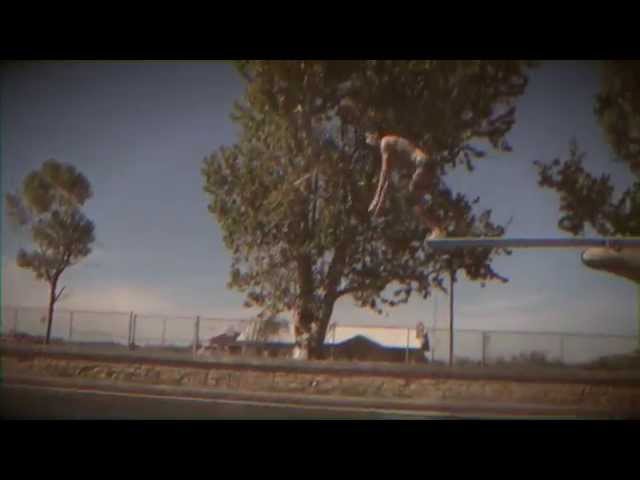 Is “Tiny Insight” (the first single from Introverted Extroverts) an indication of the new record?
I think so – we haven’t really gone too far away from what we do on this record. So yeah, “Tiny Insight” is definitely a good indication of what’s to come. Compared to [debut album] Novo’s, it’s a few more Fi’s than Lo. We’re just trying to make it as energetic as you physically can on a record – ’cause it’s really hard, you know you can’t recreate a live concert on a record but we tried our hardest. And Bill Skibbe who recorded us tried his hardest too. We didn’t really put the sounds through much and he didn’t EQ the record that much. He made sure all the mics were right and just tried to make it as raw as possible so we could kind of get that ‘what we do on stage’ vibe.

You’re kind of known first and foremost as a live band. It’s pretty hard to read anything about you that doesn’t mention that you get naked on stage. Do you think that influences you when you’re writing by thinking, “We’re going to have to play this live”? Does that creep into it do you think?
It 100 per cent does creep into it. Even with the lack of instruments we have, that is the first thing before we write a song. Can this be done with a floor tom snare and two vocals? So that’s the first thing and then we start writing around that. Sometimes I’ll write a song that would probably suit a four-piece band and then we just start working backwards, stripping it back and working out ways to make it work for us.

Often when there’s a band with only a couple of people in it, they reach an end-point. They’re pushing so hard to create new sounds with such few resources at hand. You wouldn’t pick up extra members to tour?
Not right now – we wouldn’t rule it out completely. I mean the White Stripes did a really good job at somehow sustaining the two of them. I would explore every option before getting another member. Even it was a drum trigger or a backing track running on a clip. I would explore every option before going, “Okay, we’ve met our match.”

You’ve set up a record label too? Is this the first release under that label?
Yeah – so we’ve just re-released every record we’ve put out since 2012. Which is three 7-inches and Novo’s. We set that up to do that, and then said, “You know what? We should get distribution and have a crack at running our own label.” We see so many good bands too in Australia and in America as well and thought it would be sweet to start putting bands out. So we said, “Why don’t we do it and if we’re gonna do it, let’s just do it now with this next record.”

Have you got anyone in the pipeline or are you only looking at your record at the moment?
Yeah we’re just gonna concentrate on this and try and recoup all the money that’s been spent on this record, ’cause it’s been quite a lot of money spent on it. And then yeah – we definitely want to look at doing some 7-inches and things for other bands further down the track.

What’s your connection to Newcastle now?
It’s always gonna be home for us. At the end of the day, I don’t 100 per cent feel like I live in America ’cause you’re on a visa that has an end date. Newcastle’s great, we’ve been back for like three weeks or so now and it’s just Newcastle. It doesn’t really change that much and that’s what I like about it. It’s small… you can go down to the pub and the same people are there – that’s what Kat and I really like.

And how have you found the music scene there at the moment?
It seems like there’s a whole new generation that I didn’t go to school with that are really having a crack at the moment and putting on a lot of their own shows, which is really cool.

I know that The Croatian Club was running things up there, and it seemed like there was a lot going on – even more than in Sydney at times. Then it seemed to filter off, but I had a feeling it was just probably a generational thing that had changed.
That’s it yeah – it just takes a generation to get too old and grumpy and not want to do it anymore. Then it skips a generation and the next one will come along. When I was young, there wasn’t anything – it skipped my generation. So there weren’t many [shows]. There were a few but I went to Sydney to watch bands more than I did here in Newcastle. But yeah, hopefully it just gets stronger and stronger.

As far as the rest of the year goes – you’re about to do this Australian tour and after that the record is out in June, correct?
Yeah, then from there there’s a lot of touring – ’cause I mean that’s still the best way to sell yourself, even with the internet [laughs]. We’re hoping to come back to Australia in September for an album tour and I believe there might even be some Europe in there at some point. There’s a lot happening, which is great.

One thing that kind of strikes me about you guys is that you don’t take yourselves that seriously. Have you kind of found that there’s been any issues with that – as far as maybe the goofiness side of it overshadowing the underlying social commentary that comes through in the lyrics. Do you feel that’s a bit too masked at times?
The new record… there’s a lot of like serious things written on it, that probably, even “Trackside Daze” which is on a seven inch but is on the new record is kind of serious. It’s about the rail being cut in Newcastle. But that’s our way of dealing with it, you know? I guess some people get angry and scream into a mic, and our way is kind of to make it maybe… not to make fun of it, but that’s just our way of dealing with it, to write our style of song.

Me and Kat take everything that we do so seriously. We wouldn’t have lasted this long if we didn’t. It feels like it’s taken until now for people to go, “They’re still here, they’re still putting records out and they’re still playing live shows – I guess they are for real.” That’s definitely something that used to really hurt us early on, but we made our own bed when it came to that. 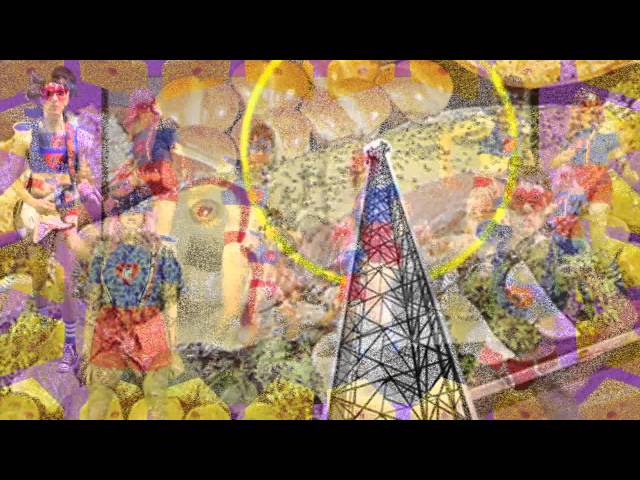 “Tiny Insight” is available now on Bandcamp and Introverted Extroverts will follow via Summer Camp Records in June.

Catch The Gooch Palms on their ‘Return to Aus’ tour throughout February – dates and ticketing details are available on their website.