Taylor Swift‘s sixth album Reputation came out early Friday, and the run-up to it has been surprisingly secretive – Swift’s released a few songs (and a couple of splashy videos) from the record, but has been mum on the details, declining interviews and limiting her social-media presence to cryptic Instagram posts. Reputation, as it turns out, doesn’t just depict Swift turning a new page – it shows how she’s spent the three years since 1989‘s release cracking open a brand-new Moleskine and starting afresh. Here are some of the surprises the album had to offer.

1. “Look What You Made Me Do” was a shrewd bit of misdirection. The leadoff single from Reputation, which came out at the tail end of August, was defiant and harsh, its cannonball-drop synths and harshly plucked electro-strings depicting the about-to-blow anger she felt toward unnamed someones – and the title of Reputation seemed to hint at more score-settling to come. But Reputation deals largely with the Taylor Swift who exists beyond the headlines, the flesh-and-blood woman who has to live up to – or, even better, completely demolish – the expectations placed on her by others’ commentary.

2. Looking for “whodunit” clues in Reputation‘s tea leaves might be a fool’s game. In the Reputation prologue accompanying digital and physical copies of the LP, the 27-year-old Swift talks about the personas that people of her generation build while documenting “their entire life story… in pictures on the Internet.” But as any social-media-savvy millennial knows, those Instagram stories and Twitter likes are a part of a whole – a truth crystallised by avid Tumblr user Swift when she declares, “We think we know someone, but the truth is that we only know the version of them they have chosen to show us.” Swift came to pop fame a bit too late to have an MTV Diary of her own, but her echoing of its “You think you know… but you have no idea” mantra proves that some pop truisms are timeless.

3. Future, Ed Sheeran, and Taylor Swift make for an oddly harmonious trio. “End Game,” the second track on Reputation, features Swift’s old pal (and onetime opener) Sheeran and the introspective Atlanta MC Future. Thanks to its collective starpower, the swaggering track – which is so reference-packed that it calls back to Sheeran’s early hit “The A Team” in its intro – winds up sounding a lot like a mash-up of present-day radio playlists.

4. Swift drops her first on-record swear, and it comes in a delicious place. Swift’s albums up until now have been broadcast-TV-appropriate affairs, but on the propulsive “I Did Something Bad” she sneers (after making reference to her “crimson red” lipstick, calling back to 1989‘s “Style” and “Bad Blood”): “If a man talks shit, then I owe him nothing/ I don’t regret it one bit, ’cause he had it coming”. Her refraining from dropping any s-bombs up until this crucial point makes this lyric’s verbal middle finger sweetly potent, and undeniably vengeful.

5. “Delicate” offers a glimpse at how even (and maybe especially) the most famous people in the world can get neurotic when compelled to flirt. The simmering, sumptuous track details a flirtation that stretches from dive bars on the east side to fancy mansions on the west side, but Swift’s inner monologue stays the same during the traversing between high and low – she’s worrying over what her paramour has heard about her, she’s angsting about possibly talking too much, she’s idly wondering if she shows up in her crush object’s dreams. Pop stars: They’re just like us!

6. Swift is all grown up, as the drinks downed by Reputation‘s cast of characters show. Whiskey on ice on “Gorgeous“; bathtub wine on “Dress”; Old Fashioneds on “Getaway Car”; a “champagne sea” on “This Is Why We Can’t Have Nice Things.” Swift’s depiction of the high life is missing Miller High Life, true – perhaps the champagne of beers will get a shout-out on the deluxe reissue.

7. Reputation‘s synth sounds have their roots all over pop. The shift toward synthpop that Swift began on 1989 is in full force on Reputation, which pairs her slice-of-life lyrics with walls of keyboards and gale-force drums; it calls back to ’80s sophisti-pop and ’10s electro, blending the styles in a way that often feels seamless. But one lyric on “Gorgeous” – “You should think about the consequence/ Of your magnetic field being a little too strong” – also highlights that besotted track’s sonic similarities to the earlier work of The Magnetic Fields, particularly their 1995 album Get Lost, which also pairs neurosis-plagued lyrics with lush synth sounds. (It seems like a stretch, but Swift has shown herself to be a scholar of all types of pop.) 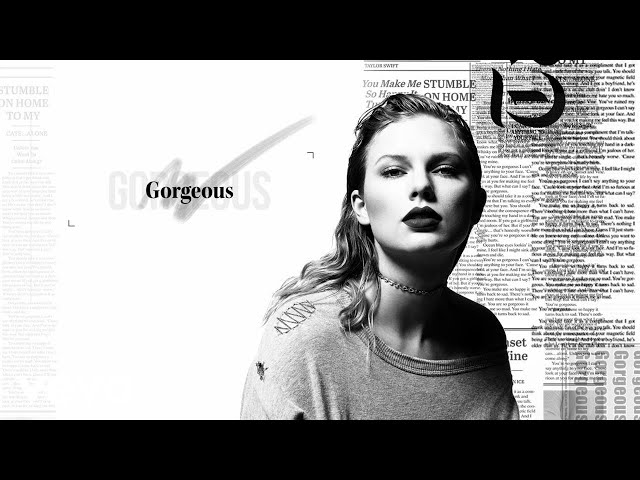 8. Swift’s interpretative skill gets revealed through new singing approaches and heavy effects. While the gospel-dubstep hybrid “Don’t Blame Me” flaunts Swift’s soulful side, other tracks like “Delicate” put her voice through the electronic-processing ringer, allowing her to play with tempo and delivery.

9. Swift’s Hilary Duff fandom gets a shout-out… and so do a couple of fans of hers. “Getaway Car,” a love-triangle recollection that recalls an amped-up, more strutting version of the 1989 track “Style,” contains the lyric “X marks the spot where we fell apart.” That lyric also appeared on Hilary Duff’s 2015 song “Breathe In. Breathe Out.,” which Swift cited as her favorite selection from the album of the same name in a 2015 Tumblr post. It was written and produced by pop songsmiths Matthew Koma and Dan Book, who later that year collaborated on the dreamy “I Wish (My Taylor Swift)” with the New York dance-party duo The Knocks. “Taylor Swift is on every news feed, Buzzfeed, everywhere,” Koma posted on the lyric-annotation site Genius. “She’s doing everything right at all times.”

10. Swift’s sensual side is on display proudly. The record’s back half depicts Swift in cahoots with the lover who’s looked past her past in order to see the true her – “Dancing With Our Hands Tied” recounts how that person “turned [her] bed into a secret oasis,” while the slow-burning “King of My Heart” refers to a “kingdom inside [her] room.” But “Dress,” a pillowy track where Swift sing-songs, “Only bought this dress so you could take it off/ Take it off/ Carve your name into my bedpost/ ‘Cause I don’t want you like a best friend,” is so steamy that it apparently caused her parents to leave the room when it was played at one of the listening sessions Swift held for fans and VIPs.

11. “This Is Why We Can’t Have Nice Things” will be the soundtrack to many a Facebook unfriending. The antepenultimate track on Reputation is a shout-along rebuke to a backstabber who caused Swift to roll up her welcome mat and cancel the splashy gatherings that made her feel “so Gatsby.” While some might think it’s about her contretemps with Kanye West and Kim Kardashian that led to Snapchat-disseminated videos, Instagram denials, and snake emoji – “Friends don’t try to trick you/ Get you on the phone and mind-twist you/ And so I took an axe to a mended fence,” she coos over a skeletal beat reminiscent of Lorde’s “Royals” – its theme of a friendship that doesn’t quite stick because of treachery is universal (and present in her back catalog, as well).

12. That song is also track 13 – which, observers may recall, is Swift’s lucky number. Coincidence or statement on how she turned sour grapes into fizzy pop champagne?

13. Contrary to the claims of “Look What You Made Me Do,” “the old Taylor” isn’t dead – in fact, she resurfaces at the end of Reputation. “New Year’s Day,” which closes out the album, is a gently bedheaded piano ballad with dazed, yet detailed lyrics that recall Swift’s most vulnerable work; the vocal harmonies on the bridge, where Swift pleads “Please don’t ever become a stranger/ whose laugh I could recognise anywhere,” draw a direct line between the “Teardrops On My Guitar” era and her current moment. While much of Reputation traces Swift’s breaking free from her past and the avatars that have been projected upon her during her ascent to megastardom, the album’s finale signals that the most satisfying part of that process has been realising who she actually is.