At just 18-years old, Bridie Monds-Watson (aka SOAK) is taking the music industry by storm. Ahead of her upcoming Australian tour (dates below) we spoke to the rising Northern Ireland singer-songwriter about her upcoming debut album Before We Forgot How to Dream, as well as being away from home, skateboarding and her fear of sharks.

You just performed at South By Southwest. How was that?
Yeah I was I had a good time. I had been to the US when I was 11. I went to Cape Cod, by Boston. It was a weird holiday, my family stayed on a golf course. But this was my proper first time in America. We went to New York and Texas all in one trip.

You’ve been named “One to Watch” by many music publications this year. Does this give you pressure that you feel you have to live up to it, or does it light a fire to make you want to prove yourself?
I’m a pretty relaxed person anyway, but with a lot of music publications and internet things and stuff like that bringing it up it does get quite pressured where it’s like you know you have to produce the truth, but I mean I’m pretty confident in what I’m doing and I have quite a lot of songs that are unreleased and that I’m happy with, so I feel like I should be feeling a lot more pressure than I actually am feeling, but that’s just because I’m laid back. I think someone who isn’t quite as laid back would be feeling quite stressed.

Do you ever want to just be a “typical” college student and go home and live a “normal” life with your friends and family?
There’s definitely a lot of moments where at the end of the day, doing what I’m doing, I’m just like I wish I could go home and party with my friends in my basement and there’s moments like that I like doing a normal person my age thing to do like the rest of my friends. But at the same time I have a great time on the road and I love traveling. It’s such a privilege to be doing what I’m doing. But, I think I just kinda have the normal teenage worries and stuff at the same time.

Any advice from yourself to someone else your age?
I don’t know, I’d say all the advice I have to give is advice that I was given that I didn’t listen to. I don’t know, I’d just say, it’s so cheesy and all that but the whole just be your self thing. No matter how many times you get told that as a younger person you never can listen to it. I guess you just have to grow up. I think personally I’ve always been pretty sure of myself and I’ve not labeled myself as anything, stuff like that. But I feel like for a lot of my friends back home, for a lot of people, my friends growing up, I feel like that kind of advice was important for them to be reminded of. 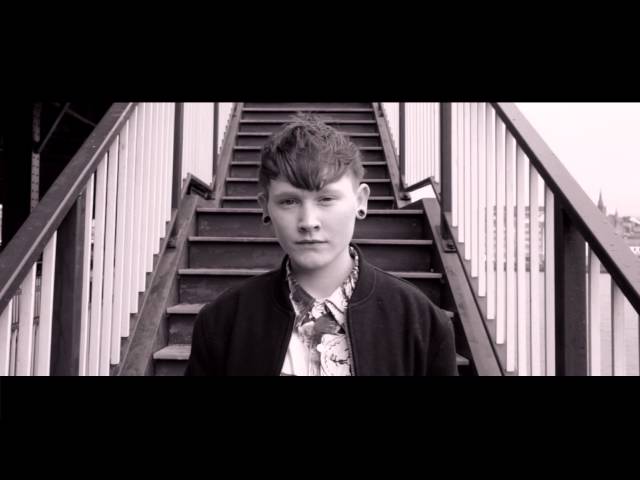 You’re coming to Australia later this month. Nervous? Excited?
Yeah I’m really excited. I’ve been really really busy the past couple months and I haven’t had much time home. I feel like I’m on a roll at the moment and we just played in America and now we’re going direct to Australia so I feel kind like the furthest away from my house so it’s odd but really exciting. I’ve never been to Australia before, I’m really excited to actually finally go. I have a lot of relatives that live there and they said really good things. It seems like a fun place. I’m looking forward to it.

I know you skateboard, maybe it’s time to start surfing?
Yeah I’ll skateboard in Australia, but actually the whole sharks things I’m not really in to, you know being eaten by sharks. I feel like I should be really excited about surfing but not so much unfortunately.

You said in a previous interview that, “A lot of skating is about learning how to fall. It’s about not being afraid to hurt yourself.” What does this mean to you in terms of music?
I think I could definitely make something, It sounds like I could be quite quotable. I guess yeah it’ s like a lot of things. Obviously it shifts an adaptation of “You got to make mistakes…” and all that, whatever that actual quote is, I think it’s an Einstein thing but I can’t remember. But, yeah I think we all have to make mistakes before we know how to do things properly, so that’s just kind of a general life lesson.

Skating taught you that or did that come naturally? Putting yourself out there?
I think that came natural to me, and I think skateboarding is a good reminder of that because in technical skateboarding you’re not going to learn a trick for some time. You’re going to have to fall a few times before it happens and if you are too scared to do that then you’re never going to learn the trick. So, yeah I think it’s a good reminder.

You were so young starting your career, any early memory or reason how you got into music so young?
I have lots of early memories of music. My dad used to sing me and my brothers to sleep with a James Taylor song every single night and my parents would work shifts as sort of social workers so one parent would look after us at a time and then they’d switch over sometime. So to get us tired to go to sleep my parents would play Beethoven and Mozart in the living room and we’d play the floor is lava and as the music got more faster and aggressive we’d start dancing more recklessly. We’ve had a lot of music in my life.

Did music help you grow up and prepare to face adversity? Did you take solace in it?
For me writing music was my way of organising thoughts in my head and it was the only way I could kind of talk about things and with the record, like it’s on an emotional level to anyone but myself.

Do you ever struggle to put personal thoughts into a song, knowing that others will hear it?
When I started writing it was the music it was because I guess I knew who was going to hear it completely where as now I don’t, I put the song out and I have no idea who’s going to hear it. Songs are a public thing so now I kind of think of it more as what I write and what I release where as before I just wrote what I wrote and I put it out there. I think now I’m the most honest as I ever was and maybe I just think more about what I put into my songs I guess.

Your debut album Before We Forgot How to Dream is coming out in May, what are you most excited about sharing from that album with your fans?
I’m really looking forward to people just to finally hear it. I feel like it’s been a very long time coming. What I’m doing has spread outside of the UK and Europe and a lot of people have picked up on it. But I’ve been doing this pretty solidly since I was about 15 and I feel like I’ve, all the songs on the album were written between 13 and 18 years of age and I feel like especially for me it’s like a complete chapter of my life that I’m finalising and putting out there. So, it’s exciting and it’s also kind of nerve racking.

Are there any surprises or anything unexpected?
I think someone the instrumentation on the album is surprising, like there’s a lot of synth on there and it’s quite produced. There’s a lot of fun in there and melodies and stuff in there that I think people are expecting maybe some of the songs they kind of follow different structures and different instrumentation completely and comp work that people haven’t heard me do before which I think I’ll be exciting for people to here. It’s a pretty varied piece of work.

Anything else in the works?
Yeah I actually have, I’ve been writing a ton and I think we’re probably three songs that more than likely we’ll put on the record. Yeah, I’m pretty busy at the moment but I just keep writing. It’s all good, it’s all busy. 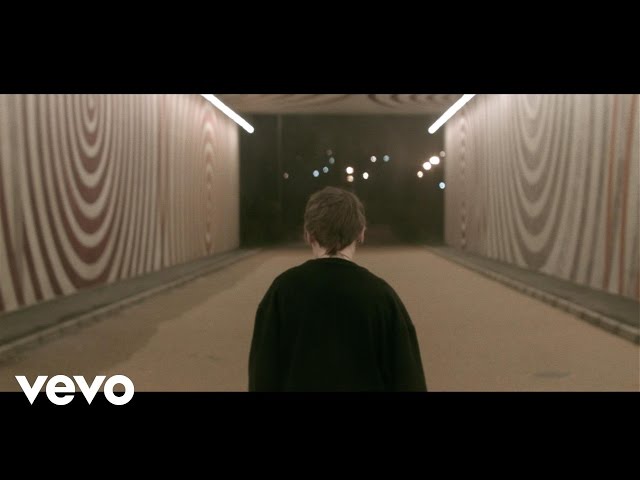 Favourite things about being on the road?
I think it’s a privilege just to be doing what I am doing and to be able to play in al of these different places. I love meeting people after the show I think that’s really fun. I don’t know, I like a lot of things about touring, so I don’t know that I can put them into specific things. Probably the only thing I don’t like is actually that I like travel but I don’t like transport. I don’t have any flying fears I just think sometimes being in a plane is really really boring and driving on that leg is really boring, but otherwise I’m really into touring.

Songs to listen to on a plane?
On my personal Spotify account I have like 5 playlists and they’re all with really stupid names and they all kind of have different moods to them and I add to them as much as I possibly can. So, I spend plane time checking a lot of songs out and yeah I like making playlists and it’s fun to listen to songs on planes.

Any recent favourites?
Recently the ID album is unbelievable I think it’s definitely one of my favourite albums of this year so far. There’s a track that just came out by The Japanese House and they produce the song called “Still” which is such an incredible track. I also listen to The Dutch Uncles and they have a song called “Direct” which is a really good song.

Do you pull inspiration for your own music from other songs?
Sometimes I’ll hear a song and I’ll be like wow that’s really good or a line of it I’ll feel like a sort of personal attachment to a line they say that I really identify with. Something like that. It’ll usually make me super inspired to go write because it will make me feel like I have to add to that line, but that doesn’t happen very often at all. I get pretty touchy on what music I actually listen to which is annoying, but yeah.

Do you write for yourself, or to hopefully have someone connect to your music?
Whenever I was younger and started writing it was because it was truly for me and it was all about me. I guess now I write knowing that there’s an audience listening and I try to give that more and direct the lyrics to the audience.

Do you see your sound maturing and developing in the future or stick with the known SOAK sound?
No, I mean like even now in writing I’m developing all the time and I’m trying out new things like I think that sticking to the kind of music I’ve released so far would get really boring for me and I like to explore different kinds of instruments and different kinds of sound so I think my music will always develop and always change. I know to push my own boundaries I guess.

SOAK’s debut album Before We Forgot How to Dream will be released on May 26 in Australia via Remote Control.