“You know, we thought we were going to be completely outed and everything was going to be over basically one week after the first record came out,” says one of the six anonymous members of Swedish occult-rock troupe Ghost. “We’re as baffled as anyone that it hasn’t happened yet. I have no idea how we’ve done it.”

Since then, Ghost have hardly come to an end. Rather, the band has, among other things, signed with a major label (for a rumoured, if never substantiated, hefty sum of money); issued a second, and considerably more trippy, record, Infestissumam (the release of which was reportedly delayed after several CD manufacturers refused to print the 16th-century orgy scene depicted in the deluxe version’s artwork) and performed on the main stage at Coachella. Along the way, the group has garnered accolades from high-profile fans like Metallica (who put them on the bill at their Orion Music + More festival), Phil Anselmo (who had a few Ghost members join Down onstage at the U.K.’s Download Festival), and Dave Grohl (who produced and played on their 2013 EP, If You Have Ghost). Generally speaking, the band has done more to bring blasphemous, religion-skewering devil rock to the mainstream masses than perhaps any act since Marilyn Manson rose from the swamps of Florida to declare himself the Antichrist Superstar.

What’s more, Ghost has done it while somehow keeping its members’ identities under wraps (though, as with most things in this day and age, if you look hard enough online there are clues to be found). In the 1970s, Kiss at least provided us with (mostly fake) surnames to go along with their superhero alter egos; with Ghost, we are presented only with five cloaked and cowled Nameless Ghouls and their frontman, an “anti-pope” adorned in skeletal face paint, a papal mitre and plenty of inverted crosses while answering to the designation Papa Emeritus.

“The reason for us doing this band the way we chose to do it was so that there would not be any focus on us as individuals,” explains Nameless Ghoul, speaking to Rolling Stone late one evening from his home in Linköping, Sweden. (For identification purposes, he helpfully offers up that he is the band’s lead guitarist). “But as we have grown, we understand that there is, anyway.”

This focus will only continue to intensify as Ghost releases its new and third album, Meliora (the title is Latin for better – not an assessment of the band’s musical progress, but rather a comment on “this point in time where mankind tends to believe it is peaking”). Whereas Opus Eponymous was marked by its warm, vintage metal glow, and Infestissumam by its tendency to veer off on unexpected stylistic tangents, Meliora finds a middle ground. From the taut throb of opener “Spirit,” to the bass-heavy rumble of “From the Pinnacle to the Pit,” to the death-march stomp of first single “Cirice,” it is a considerably darker and more despairing effort than its predecessor, an album some fans criticized for straying too far outside of heavy-metal territories. But Meliora also retains that record’s sense of sonic adventurousness, its music flecked with gothic-y choirs, spooked-out synths and plenty of organ blasts and piano tinklings. And alongside the doomy workouts there are epic, swelling power ballads (“He Is”), quasi-classical stringed instrument pieces (“Spöksonat”) and, in parts of “Absolution,” at least, nods to soaring, AOR-style arena rock. 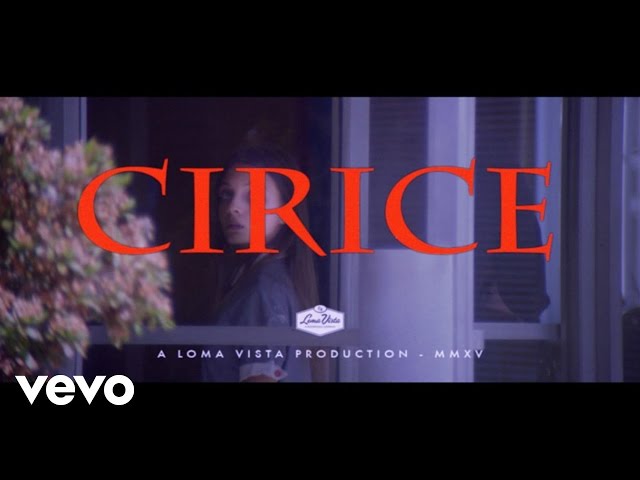 “We sort of came up with this mixture where we could combine basically all our favorite childhood and adolescent music styles,” explains Nameless Ghoul of the band’s sound. “And we grew up listening to a lot of different music. A lot of Swedish music, and also a lot of Sixties and Seventies bands – AOR things like Kansas and Yes and Chicago and Boston. Journey. Toto. Professional-sounding music. And with all of that we found a way, for us at least, to make sense of having an extreme-metal riff and then throwing a pop melody over it. So that was the initial thing. After that it was, ‘Oh, shit! Maybe we could turn it into a horror-rock band, and we could throw in this very childish sort of fascination of horror films! And also Alice Cooper! And Kiss!”

But unlike, say, the body-centric teenage angst anthems of Alice Cooper or Kiss, Ghost’s take on theatrical rock is more about battling external demons, in particular those of the religious variety. “Generally speaking,” Nameless Ghoul says, “we are dabbling with mankind and his or her relationship to God. That has been the thing through all three records. It will be the thing on the fourth, too.”

Which is not to say that Ghost’s approach is excessively heavy-handed. As might be expected when speaking with someone who self-identifies as a Nameless Ghoul, there is a high level of camp at play here, in particular when it comes to singer Papa Emeritus – who, in a parody of the Catholic Church’s tradition of papal succession, is purportedly replaced by a new Papa for each Ghost album. Thus, prior to the recording of Meliora, Papa Emeritus II, who had stepped in for the original Papa Emeritus after the tour cycle for Opus Eponymous, was out, and Papa Emeritus III – who, as it happens, has a voice and build exactly like those of his two predecessors – was in.

So how did Ghost find their newest Papa?

“We were just given him, actually,” Nameless Ghoul says. “He’s usually appointed by the clergy. They just throw him our way and we have to figure it out. It’s sort of like with a big company, where you have a new manager or CEO that comes in.”

As for how Papa III differs from Papa II?

“We don’t really know what he’s like,” Nameless Ghoul admits. “We don’t see him much, and we haven’t gone on tour with him yet. But it doesn’t really matter. We don’t get too attached. We always know we’re going to get rid of him after an 18-month period, anyway.”

He is likewise cagey about his fellow ghouls. When asked whether it is true that, as has been rumoured, Dave Grohl has in the past donned a cloak and performed with Ghost onstage, Nameless Ghoul responds: “Well, we can’t really know, can we? I can tell you this much: He has played Ghost material in a ghoul suit. And he might or might have not have [performed onstage], and he might or might not in the future.” He laughs. “How’s that for a commercial cliffhanger?”

Regardless of who is behind the face paint or underneath the cloaks, Ghost’s combination of anonymity, religious imagery and general theatricality seemingly comes into full focus onstage. “What we wish to simulate at our shows, to the point where it’s real, is a mass,” Nameless Ghoul says. “It’s this idea of religion, where people meet in a room or a building or a place that we have agreed upon as being solemn, and we then conduct predetermined rituals – rituals being the songs, or movements, things like that – in order for us to reach a sense of divine presence. And a lot of the sensations that we are evoking at our shows are very close to the sort of warm religious feelings you would get from an actual church mass. We’re using the same sort of symbolism as the church, in a way, but with the idea of achieving bliss. Joyful bliss.”

At the same time, even while mimicking, and sometimes mocking, religious structures, Nameless Ghoul insists that Ghost “is not attempting to provide answers to anything. We are only reflecting.” In the end, he maintains, the goal above all else is entertainment. “Let’s say we’re 55 percent about giving a show, and 45 percent about, I don’t know, changing the world,” he says. “Because if it were more about us trying to change the world, or even a 50/50 thing, I’m sure there are better ways of doing it than being in a band. That doesn’t mean in any way that what we’re saying is bogus, only that this is our calling in life.”

That said, he continues, “If, 100 years from now, there is a greater acceptance in the world that we cannot go and behead people because of what we think will happen in the afterlife, and we could have anything to do with getting people to accept the fact that we don’t really know anything? I would be really, really happy. I don’t think that we will have that effect, but at least we have the opportunity to say our part.”

Nameless Ghoul pauses. “But, I mean, in the end, we’re here to rock. We’re here to entertain people. And if people get it, and if they are entertained, I’m happy enough with that.”

He pauses again. “You can’t have it all.”