Tim Wall bursts through the glass backdoors of Newtown’s Carlisle Castle Hotel, drowning in a torn beige overcoat, four sizes too large for his frail frame. He’s 20 minutes late and visibly frazzled, quickly side-stepping around the beer garden obstacles: an array of scattered wooden benches and drunk students. He offers his hand. “Fuck, sorry man. I’ve got this crazy flu.”

It’s the same unnecessary act of urgency Wall has replicated across the stages of warehouses, pubs and — most recently — the Sydney Opera House over the past six years. There, in his role as lead singer of Sydney band Royal Headache, the man better known as “Shogun” marches purposefully in a dizzying, endless loop, mimicking the soundtrack of punk urgency provided by his three bandmates; a parade paused sporadically when a particular lyric requires an emotional exhalation only achievable from a crouched, clenched position.

But here, in a quiet corner of the smoking section of the Carlisle, that commanding, confident — and often shirtless — stage figure is nowhere to be seen. In his place sits a softly-spoken 34-year-old man, polite yet concisely blunt, his gaze shyly transfixed downwards. The fact he’s even here at all is somewhat of a miracle, considering that as recently as May 2014, Shogun publicly declared he’d left the band.

“I didn’t want to be visible,” he shrugs. “I just wanted to be like a ‘dero’. That’s where I’m comfortable.”

“It was pretty confusing,” guitarist Lawrence Hall, 29, explains a couple of days later. “He’s not that upfront. We’ll hear it through the grapevine a lot of the time, which is really disheartening.”

“It was complex,” Shogun insists. “I think I just felt that the band was sort of stuck and I couldn’t take it anywhere. I felt like we were ‘trotting it out’.”

Serving as consolation for Royal Headache’s loyal fanbase was that Shogun’s departure came with a conditional disclaimer: he would still complete his vocal duties on the band’s long-awaited second album, as well as the obligatory set of live shows to promote it. Then that would be it.

Yet as the band reconvened to start recording and the new album transitioned from Shogun’s predicted “huge disappointment and embarrassment” to an indication that “the band was coming to life again”, the singer began to sink back into his previous place of permanency. Shogun now clarifies that he’s “back in for the foreseeable future”, before adding with a wry smirk, “I’m not doing anything else particularly fucking constructive with my life.”

Hall attributes the motivation for this second wind mostly to external parties. “The real reason it all came back together was we got an e-mail from this guy in L.A., he just wanted to fly us out, pay for the visas to play a show.”

This offer, from Berserktown festival, also enabled them to book a string of North American dates this August and, most importantly, gave the new LP a deadline. Meanwhile, as the recording process wrapped, along came an opportunity via Sydney’s Repressed Records to headline their Vivid Live night at the Opera House in May. Everything was falling into place.

“The Opera House [show] was a bit of a ceremony,” recalls Hall. “It was like, ‘Hey, this is it, we’re back, the record’s coming out, we’re gonna be here for a while.'”

It was a triumphant return, marred only by the show’s early conclusion. After a handful of punters climbed onto the stage, security and police intervened, forcing Royal Headache to wrap-up their set several songs early. It was, in many ways, a fittingly dramatic climax for a band whose journey has always been synonymous with turmoil.

The Royal Headache story has its roots in the Hornsby PCYC hardcore scene, where Hall would go to shows as a 14-year-old and watch Shogun and drummer Chris Shortt play in punk bands. As the trio moved into their mid-twenties, explains Shogun, “we started going back to the original punk stuff, which maybe sounded a little bit twee or not fast or brutal enough when we were younger”. It was this change in attitude that, in mid-2008, led to the initial incarnation of Royal Headache.

Sans Shogun, the band (including original bassist Andrew Myers) self-recorded an instrumental demo in their rehearsal space — a boatshed at Hall’s parents’ home in Putney — and set about sourcing a vocalist. “We wanted to be just a power-pop group with a strong female frontwoman,” Hall recalls.

The singers they auditioned “just didn’t work out”, and Shogun, who was helping one of the prospects with vocal lines, eventually slotted into the role. In early 2009, the four-piece laid down their first demo, a six-song tape that featured early versions of “Girls” and “Surprise”.

With a DIY-attitude inherited from the hardcore scene, the initial distribution plan was simple: Homemade cassettes for the friends, MySpace uploads for the strangers. It was via the latter tool that a dictaphone-recorded early demo of “Eloise” spread across an extensive network of mp3 blogs, eventually landing on taste-making U.S. website Pitchfork.

“That was pretty surprising,” Hall recounts. “Like, ‘Why are they paying attention to some little Sydney band?'”

The guitarist believes this initial online attention was one of a handful of integral moments where the band began to “gather momentum”, holding equal weight with the inclusion of Joe Sukit on bass, who joined shortly after their initial demo cassette. Also important was a particularly memorable early gig at Sydney’s now-defunct Club 77. “I think it was our third show, all our friends came and the response was just unbelievable,” Hall recalls. “That was probably the show that I realised, ‘wow’.”

Shogun has a far less wide-eyed recollection of that formative year. “The circumstances were just so fucking disastrous and ridiculous,” he states, accounting his differing opinion to the five-year age gap between he and Hall. He concedes that by that stage, he was already fatigued by what he calls “a disastrous decade of inner-west life”.

“I’d been living in houses with fucking drug dealers and fucking psycho idiots for the last 10 years and it rubs off and basically just ruins your life,” he explains. “I’ve [now] moved in with my mum, and it’s fucking good.”

This attempt to escape the associated indulgences of “living like a 21-year-old when [I] was in fact pushing 30” also left the sinewy singer at a point of re-evaluation. Previously he’d waged something of an internal personality battle – pitting his public persona as “that ‘Royal Headache guy’, where it’s [about] being a really fucked-up guy and doing shows really [fucked-up]” against the self-described “socially awkward” private reality. Looking back, he now concedes that his “very erratic, very impulsive and very emotional” nature was easily seduced into the surrounding hedonistic lifestyle, creating a volatile situation that, more often than not, has been detrimental to the band’s creative progress. “I think I was already like that as a person and then being an entertainer exacerbates it.” 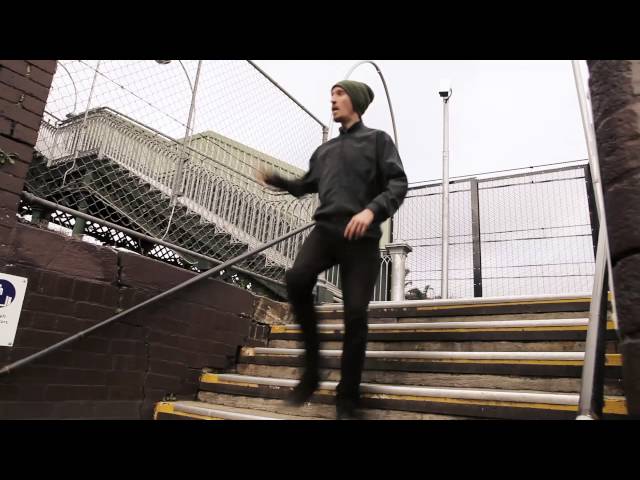 The self-titled LP, produced by Mikey Young from Eddy Current Suppression Ring — a band whose second album, Primary Colours, Hall credits with having a formative influence on the Royal Headache guitar sound — was “a faithful and realist recording”, with minimal interference. An exercise in lo-fi fidelity limitations, yet also an attempt to capture the band’s raw live energy.

“Mikey was the kind of guy who just stuck the mic there [on the ground] and hit record,” Hall explains. “Zero production, just the way we wanted. It was just really clean and simple.”

Simple, that is, until it came time for Shogun to record his parts. After taking two days to track all the instruments, Hall estimates they spent about six to nine months doing vocals. “Probably about 50 hours of takes,” he says. “That’s Shogun, the perfectionist.”

Even after that painstakingly laboured process, Shogun publicly criticised the album upon its release. The frontman was so displeased with the final result it took him “a year or two to be able to listen to it”. He now confesses to being “happy with it”, yet is still quick to spray the LP with discrediting labels such as “frisky” and “bright”, before settling on “beach volleyball sound” as the final ambiguous descriptor. It’s criticism that has been seemingly adopted by his bandmates as a motivator for avoiding creative stagnancy.

“What makes me the happiest is that when we first started, the band could only play really scrappy, thrashy sort of fast, garagey punk stuff,” Shogun enthuses. “Now they’re handling all sorts of stuff.”

That fact hasn’t just rejuvenated Shogun’s interest in the band, but it also forms the foundation for High, their long-awaited second LP, due later this month. What the band consider to be the debut’s “degree of monotony” has been replaced with a wide patchwork of genres and a notable enunciation of their soulful side. The leap from tender ballad “Wouldn’t You Know” to the confrontational taunts of “Garbage” mimics Shogun’s own agitated personality. This musical schizophrenia can, in part, be attributed to producer Jon Hunter, of Sydney band the Holy Soul.

“Jon is more of a sound artist [than Mikey Young] and he gives weird noise stuff with lots of effects,” Shogun explains. “He was happy to experiment and he was very patient with me because I was quite fussy, trying to get the right sound on things.”

“I think I just felt that the band was sort of stuck and I couldn’t take it anywhere,” says Shogun. “We were trotting it out.”

The singer seems nonplussed about the album’s complexity, insisting that the band simply want to perform “a social function of just giving people something emotive, lively, spirited”. He’s quick to stress that, despite the title, it’s “not an album about being off your tits”. Rather, it’s an attempt to encapsulate all “heightened emotional states”, including “drugs, love, anxiety and pressure”.

It’s an objective in stark contrast to the newfound stability of Shogun’s personal life, but the songs that feature on High were all written during a “pretty chaotic” period between three and five years ago. The album is the singer’s attempt to “seal that [time] off” and create a “schizophrenic, disgusting, extreme, confusing album because that’s basically what [my] life was sort of like at the time”.

And yet Shogun’s opinion of the final product continues to waver. He initially considered the compositions “sloppy and just totally worthless”, yet now is more concerned that fans will be caught off guard by the varied spectrum of styles. It’s an indecisiveness he finally abandons as he drains the last dregs of his beer, gets his coat and parts with a final statement. “Fuck making the same record again.”