But enough about 2017. Let’s fast forward to what didn’t suck this year, which would be the music. These are my 25 favourite songs of 2017. Including, but not limited to: hits, flops, obscurities, guitar monsters, cheap pop kicks, rap hustlers, bad liars, punk rockers, soul divas, disco disasters and karaoke room-clearers. And the Beatles, obviously. 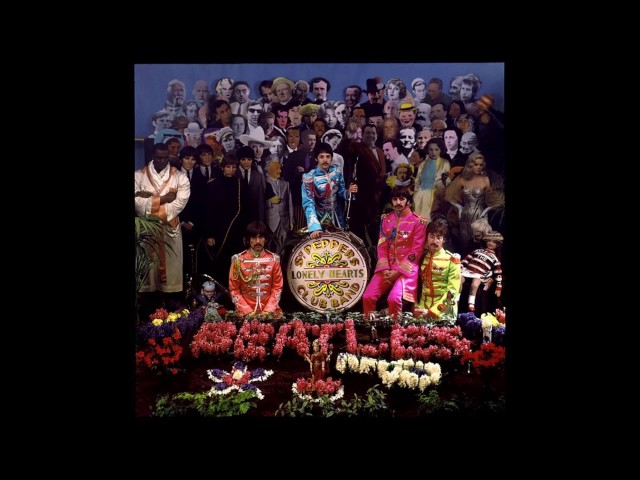 A studio snippet from the Sgt. Pepper anniversary box: just Paul and George in Abbey Road, listening to a playback of “Penny Lane,” a bit of homemade dynamite Paul just wrote about a street back in Liverpool. They try out harmonies and handclaps. George suggests, “This could have a backwards drum beat on that there.” Paul says, “Forward drum beat.” They hum, they sing along (“fish and finger pies, shall I do that harmony? Boom boom boom”), they joke around, they try to sound unimpressed by this thing they’ve created. To them it’s the next step of their future, even as they look back to their childhoods. (Last week John brought in his song about Liverpool, “Strawberry Fields Forever,” and not that Paul’s competitive, but well, you know, these two.)

Not even the Beatles, in their most delusionally arrogant moments, would imagine that 50 years later this trivial studio moment would be something people could listen to, much less cherish, much less cling to the heart as a reminder in dark times of what music can mean and how music can feel. They’re just stepping back to admire the art they made today. Whatever they try next, they’re sure it will be even more brilliant. (The next song they record is “When I’m 64,” so they’re slightly wrong about that.) But by the end, they’ve lost interest in throwing more ideas into “Penny Lane.” They’re already looking forward to the music they’ll make tomorrow. They’re waiting for it, that green light. They want it. 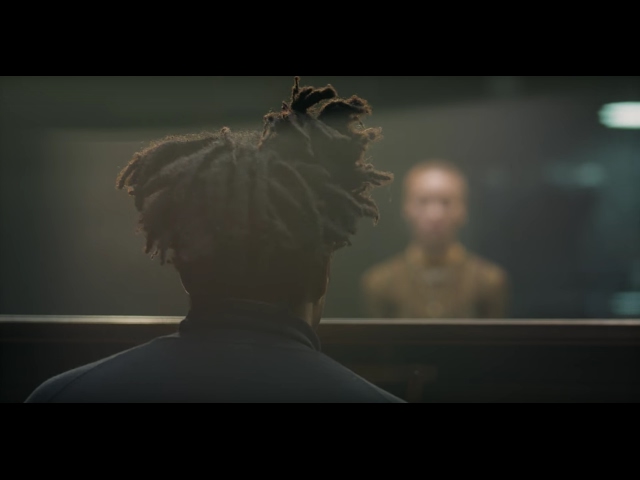 The British R&B poet croons an ode to the piano at his mama’s house, the instrument that felt his childhood pain when nobody else did. 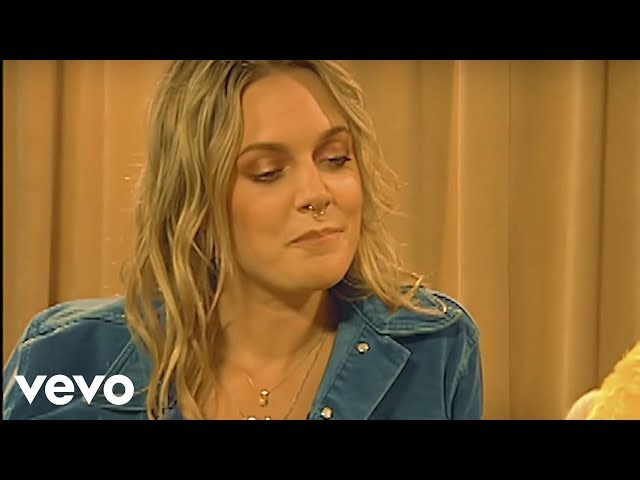 The kickiest 1982 song of 2002 turns out to be this electroclash blast of sleaze disco, a morally depraved club banger full of Meet Me in the Bathroom ambience, with a bass line designed to bring out all your most appalling qualities. Needless to say, it’s Swedish.

22. Swanning, “Drawing Down the Moon”

“I am just a moon of Jupiter/One of 67, I fall back in line.” Cynthia Ann Schemmer clears her throat with a modestly spacey guitar tune steeped in astronomy, as she sings about accepting that she’ll never be the sun. She saves a great lullaby line for the end: “Wake me up slowly and pour me out into the light.”

Listen to this track at Swanning’s Bandcamp page. 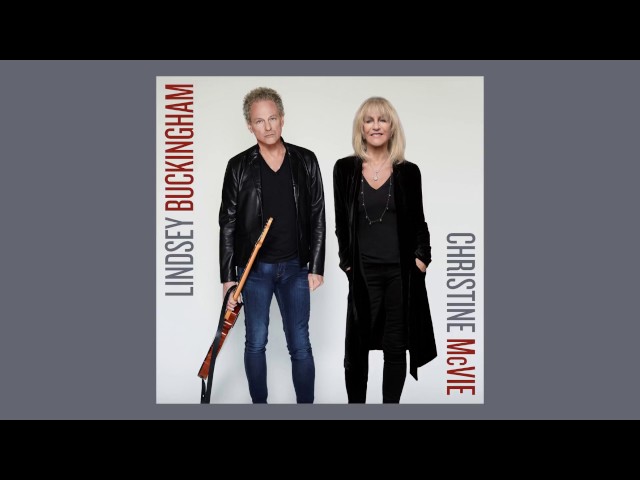 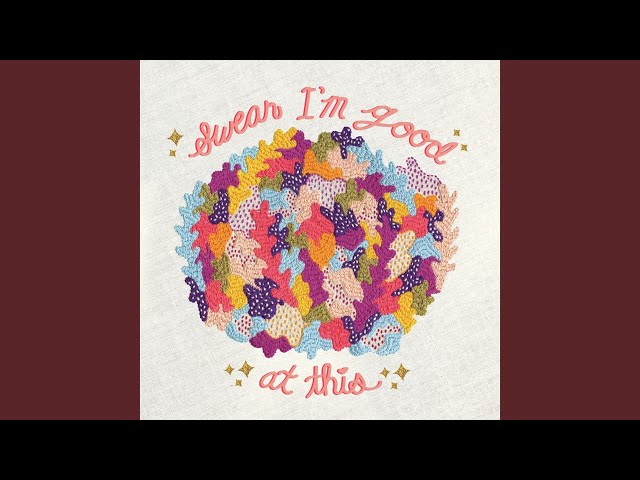 A two-minute pop-punk fling that gets dark halfway through, but nothing fancy going on here — just Alex Luciano realising her cross-country drive might not be quite the emotional resolution she was counting on. 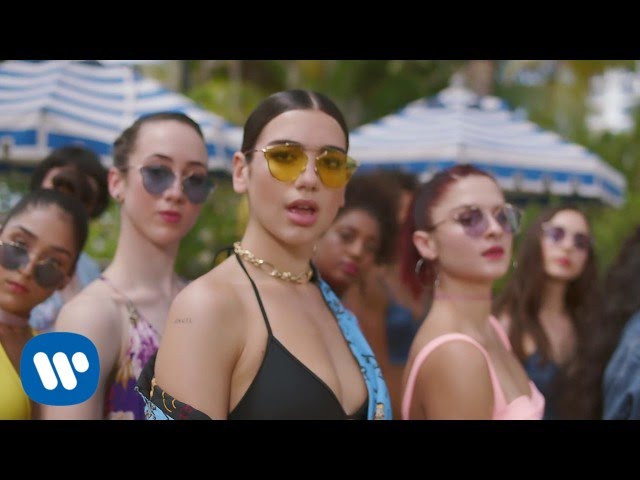 A late-breaking discovery for me, via (where else) the karaoke room. “New Rules” speaks to me because if there’s anything I love, it’s (1) counting songs with numbers in the chorus, (2) disco hits where the singer sets moral standards that the music immediately violates, and (3) the advice “If you’re under him, you’re not getting over him.” 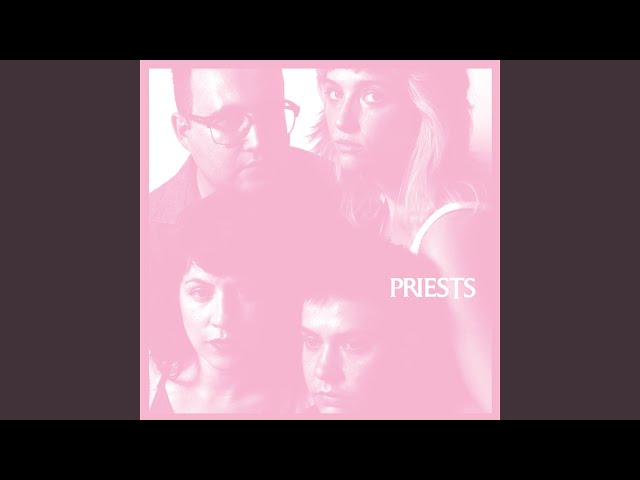 The D.C. postpunk crew zooms through a herky-jerky rant about life during wartime. “You look down and see the sheer stupidity of the roller coaster, just staring you in the face!” 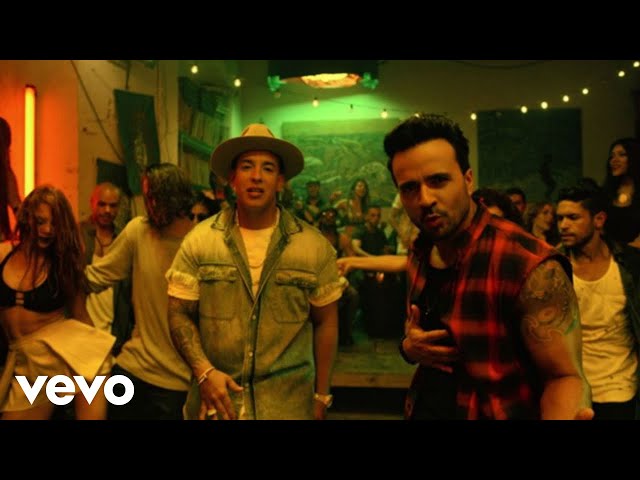 A few hurricanes ago, when Katrina wiped out New Orleans and the government wrote it off, the Meters were at the top of the pop charts — via the sample in Amerie’s 2005 smash “1 Thing.” It was eerie to hear Ziggy Modeliste bang the second line all over the radio while the rest of America was letting Louisiana wash down the drain. “Despacito” brought a similar kind of eerie, as Luis Fonsi and Daddy Yankee spent the summer at Number One, representing Puerto Rico when the country was officially deciding to forget. 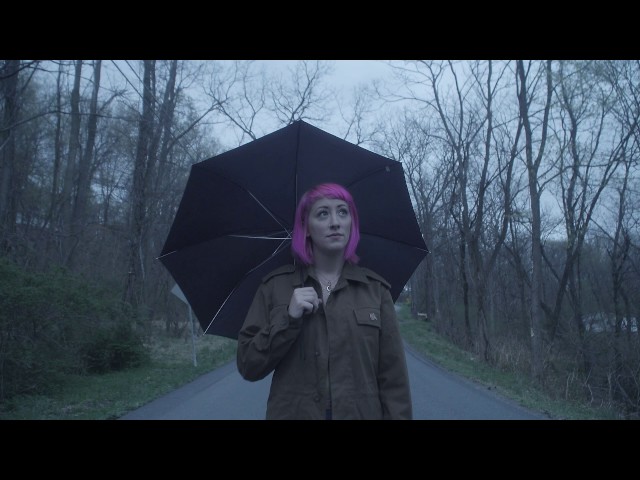 The year’s toughest moving-out song, from a Philly trio of punk women packing a load of Kurt Cobain into their grunge guitar grind, as they announce they’re finally hitting the road and giving up on ever getting day-drunk with you again.

One of the year’s strangest radio hits was the one that goes, “Let me kick it like it’s 1986” — if you went back in time to 1986, trust me, nobody would believe the era would ever represent an aspirational kicking-it standard. But I love “Passionfruit” because Drake kicks it like it’s 1986, with a tropically smooth lover-boy groove Billy Ocean would have been proud to claim as his own, if not Gregory Abbott, plus the corniest puns of Drake’s career (or maybe anyone’s). 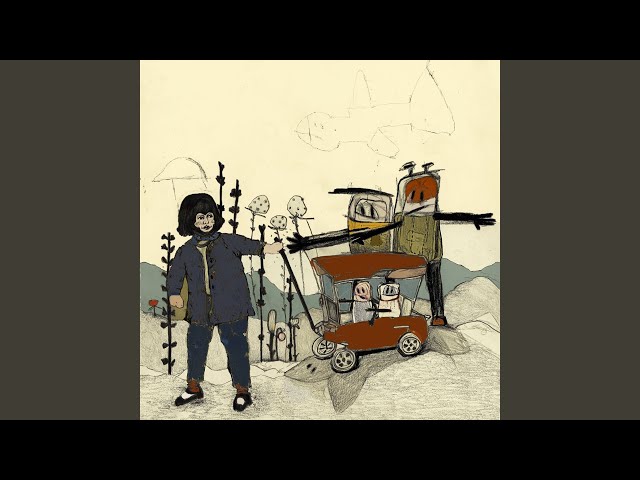 The acoustic duo go electric yet sound more hushed than ever. “Kiss and Burn” seems to sum up a host of unspoken yearnings in one moody little shiver of guitar fuzz. 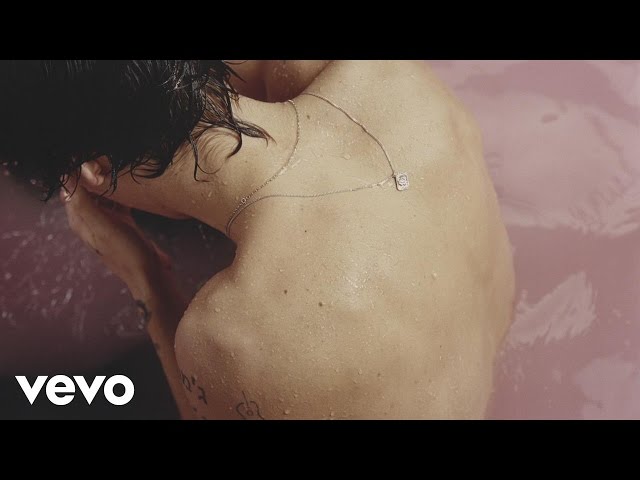 All the 1D dudes bravely followed their hearts this year — Niall took his folk album to Number One, Louis explored EDM, Zayn came through with some dope shoes and Liam somehow got Quavo to call him a “thug,” a pivotal moment in thug history. Harry’s simplest solo hit was his most affectionate — a gentle “Melissa”-style acoustic groove that ended up feeling like a timely salute to the late Gregg Allman. 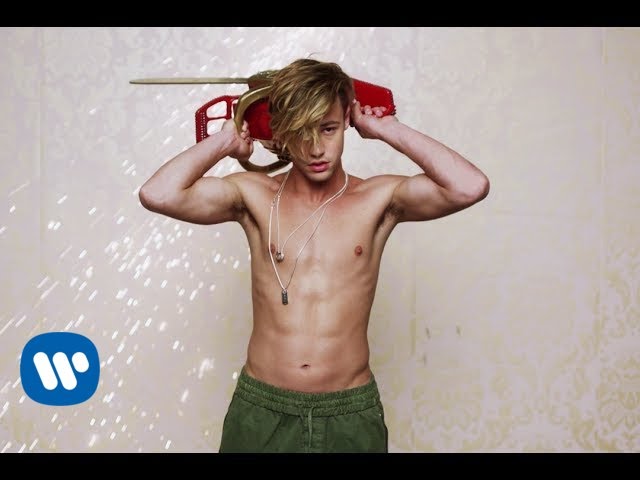 Just like the Battle of Troy, there’s nothing subtle here. 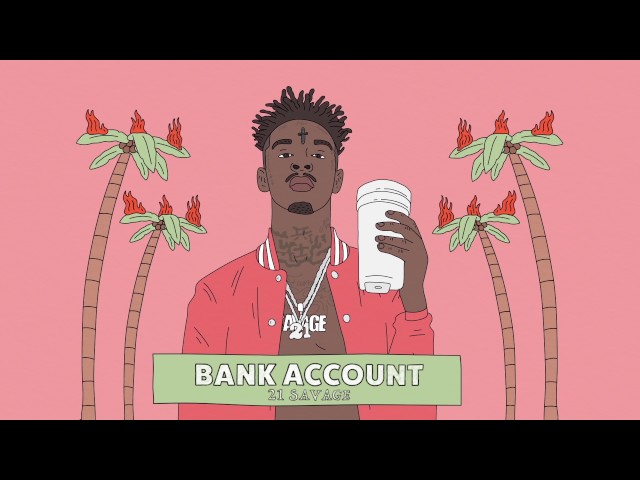 21 Savage lives the “I bought a Ferrari so I could go faster” life, making the suckers dance like Chingy and keeping it real about ashtray etiquette with Metro Boomin. 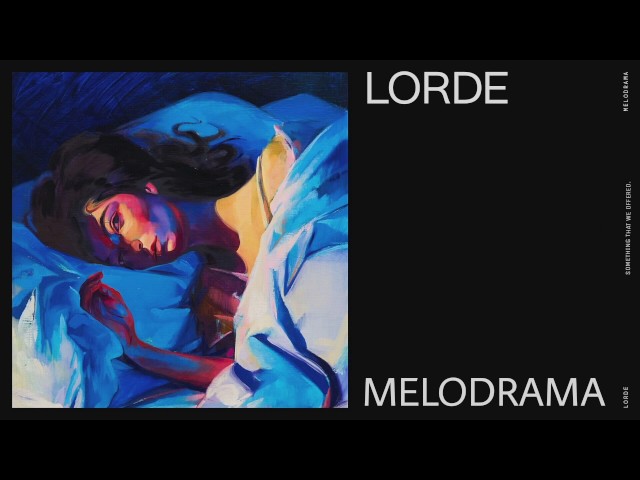 Favorite moment, out of two or three dozen contenders: the dynamite in Lorde’s brain finally blows up (“poooof!“) but the dancing girls just keep grooving, over all that sparkly broken glass of a beat. I think we’re partying. 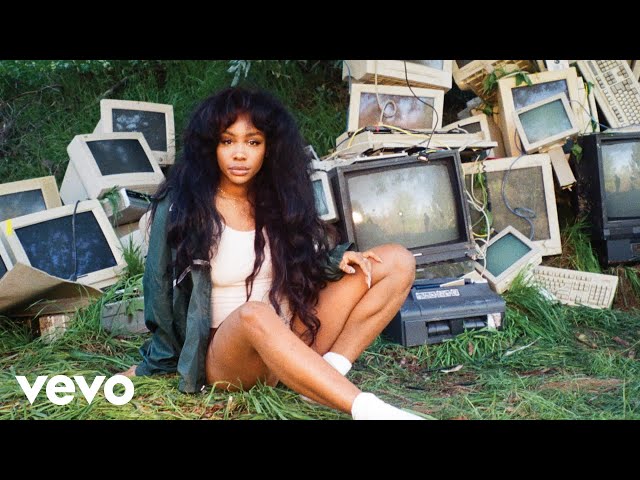 Two things about today’s idealistic youth blow my mind: (1) the astrology, and (2) the fact that they sincerely believe “I Wanna Dance With Somebody Who Loves Me” is a better Whitney disco song than “How Will I Know?” “Prom” proves SZA is on my side here. And SZA is always right. 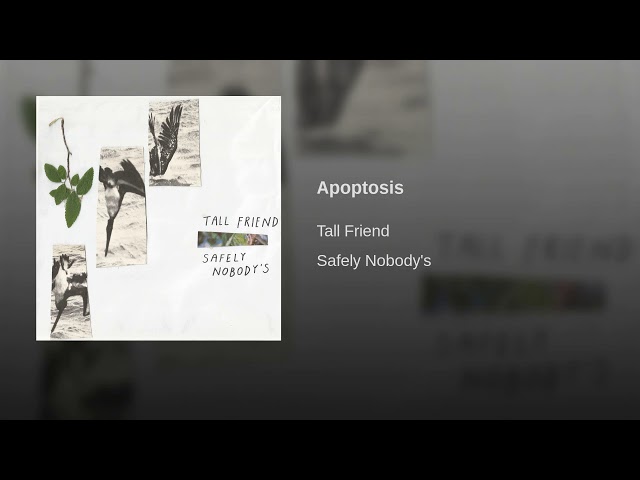 My favorite couplet of the summer: “Free jazz record spins on your machine/You loved its chaos, but mine’s just tiring.” A sad punk girl with a sadder guitar sends up her romantic despair with two minutes of the year’s most eloquent mumbling.

Tell it, Uzi: “Push me to the edge/All my friends are dead.” The realest saga of the hard-knock life of a musician on the road since Bob Seger sang “Turn the Pag3.” 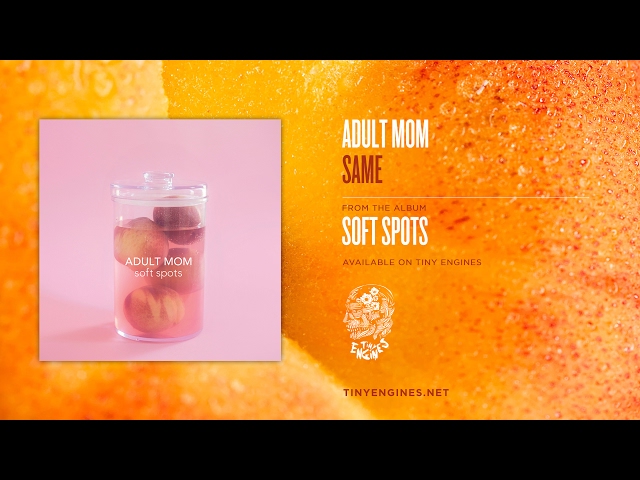 Many New Yorkers have a “crying park” and a “crying train,” for anonymous and discreet meltdowns. Ideally you could take your crying train to the crying park, but it’s seldom that convenient. This summer I had to find a new crying park (sorry, not telling you where) because the old one was running out of bench space. Adult Mom’s quietly seething hate-paper-doll guitar ballad “Same” was the first song I brought to the new park. The job got done. It wasn’t a pretty scene, but what else are horrified-looking strangers for? 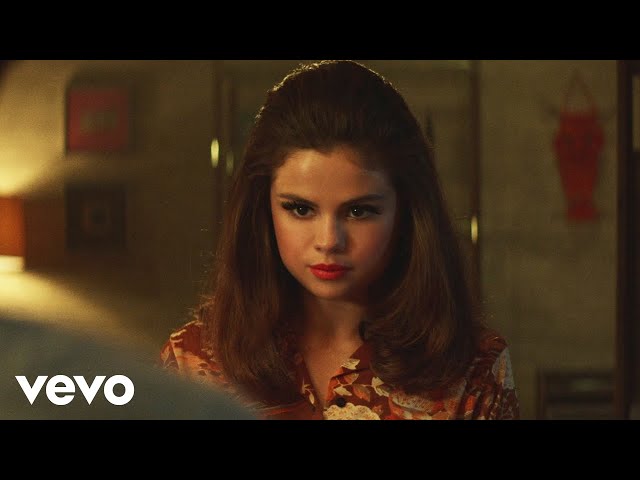 Psycho Selena, qu’est-ce que c’est? “Bad Liar” is a pop song worth donating a kidney to, as she gooses that Talking Heads bass hook with her whispers about obsessive lust and real estate. Her hot take on the Battle of Troy is arguable. (According to Menelaus in The Odyssey, Helen walked around the wooden horse trying to tempt any hidden Greek soldiers into making noise by imitating their wives’ voices, which is a subtle trick if you ask me.) But it’s the finest Trojan War shout-out since R.E.M. sang the tune about Laocoon. After three feelings-on-fire minutes, Selena stops it cold. Hope the late great Jonathan Demme (who visualized “Psycho Killer” in Stop Making Sense) got to hear “Bad Liar” at least once before the credits rolled. 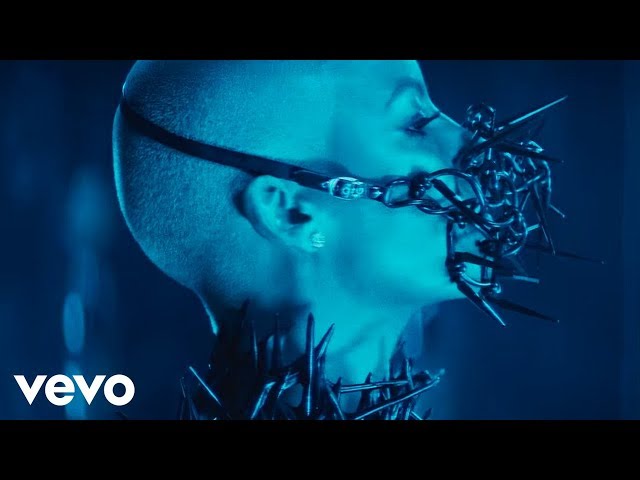 Since I know more about Molly Hatchet than Molly Percocet (R.I.P. Dave Hlubek, who played guitar on “Flirtin’ With Disaster”) I learn a lot from this song, as Future expounds on his prescriptions and calamari and Rick James chains over that weird “Scarborough Fair”—like jazz flute, sampled from the 1976 civil-rights musical Selma. There’s nothing more Nineties than a flute loop, so I sing along in my custom Nineties version: “Morrisette, Alanis Morrisette/Isn’t it/Ironic dontcha think?” 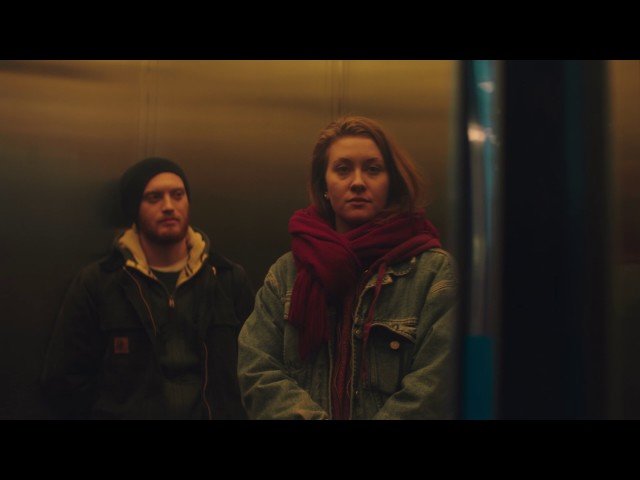 A gorgeously heartbreaking tale of a small-time drug deal, reaching for the badlands vibe of Springsteen’s Darkness on the Edge of Town but ending up somewhere new. Every detail of “God In Chicago” stings, especially the tape deck in the Chevy wobbling as the couple drives out from the Twin Cities, singing along to 1999 and Led Zeppelin III. (Finn added the last-minute 1999 reference because he cut this song the day Prince died, back before any of us knew how purple the sky was going to get.) What a song. 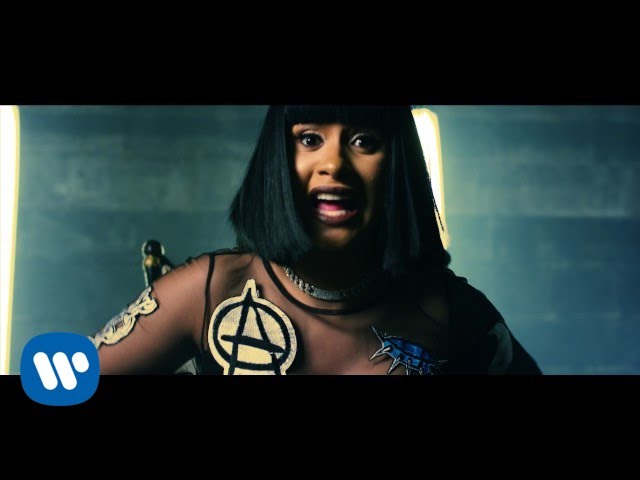 Truer words, Cardi B: “Only the real can relate.” Nobody could be realer than this Bronx queen, strutting into all our hearts with her bad-ass anthem “Bodak Yellow,” walking tall in bloody shoes and making her money moves. Cardi is like a hip-hop Jarvis Cocker — she appears out of nowhere as a fully formed perfect pop star, always quotable, striking the right pose, because she’s a grown-up who’s had years to rehearse for her moment. She puts her hand on her hip, when she dips, you dip, we dip. 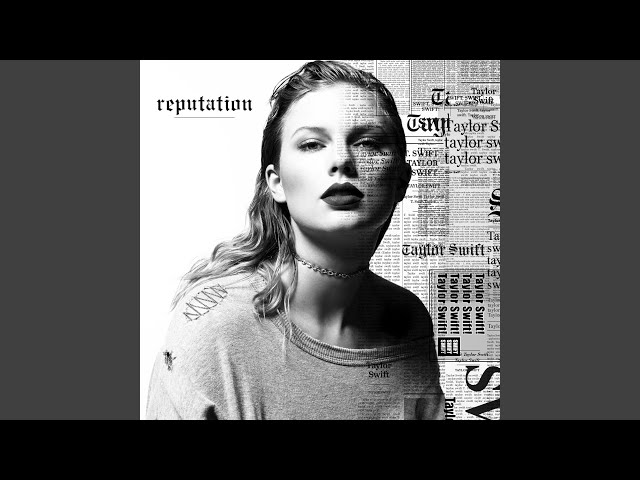 “Is it cool that I said all that?” — oh, so now she asks us. After 10 years of brazen overshares, Taylor turns this breathy vocoder whisper into a hyper-emotional love song that feels intimate and massive at the same time, flowing like an impulsive confession though it’s meticulously put together. Her voice disappears into the groove, as she slips off for a late-night rendezvous. (Bonus detail: Tay has no idea how bars work. You don’t send your date to make you a drink; the bartender fixes it while your date stands there feeling stupid and you check your phone looking bored. Welcome to hanging out in dive bars, Tay — you’re going to love it!) At heart, “Delicate” is a story about a girl in her room, hearing an electro-beat that lures her to go seek some scandalous adventures in the city lights. In other words, the story of pop music.