Tim Mcllrath is at home in Chicago for about another 14 hours, at which point he’ll bid his family farewell and jump back on the road with Rise Against, the Chicago punk firebrands he’s fronted since 1999. Dates in Canada will be followed by the Warped Tour, and then a mammoth stint on the road in support of the band’s seventh studio album, The Black Market.

This burst of activity comes off the back of the longest break in the band’s history which, at just over a year, wasn’t actually that protracted – but still, it was enough time for the four-piece to reflect on their lives and career and fine-tune their vision for The Black Market.

RS: Do you still get that sense of excitement before an album is about to drop?

Tim: I do. It’s brand new music. These are new ideas, new songs, so I’m always curious to see what people think of them. I feel like each record gets a new crop of Rise Against fans, a different generation of fans to the table. It was something I noticed when I watched bands like NOFX and Bad Religion play throughout my life.

When I was 16 years old I was in the front row of NOFX and Bad Religion shows, and when I was 22 I was opening up for those shows, but when I looked down I realised the front row was still 16 year olds. And when I was 30, Bad Religion was opening up for my band, and when I looked down at the front row, it was still 16 year olds. I realised that the front row is always going to be that. That crop of kids. Today, somewhere, there is a kid hearing Black Flag for the first time, hearing Minor Threat and Jawbreaker and the Descendents, Operation Ivy and the Sex Pistols. Even though I’ve been doing this for 15 years, there’s also going to be a lot of people who have never seen us, maybe never even heard us, and they’re going to hear this new record. That’s kind of exciting to bring a whole new generation into the fold.

What does that mean to you to be part of that legacy?

I’m really comfortable with what Rise Against is, like what our legacy is. I stand behind everything we’ve done. You get a lot of artists – like a guy who plays in a country band but deep down he’s a punk rocker at heart or vice versa. Maybe someone in the hip-hop scene, really they love jazz. And for me, Rise Against is what I love to do, and I’m not trying to be anything else. And I feel like we’ve connected to people that understand it.

You’ve spoken of taking a break before working on The Black Market, to address the balance between your personal and professional lives. What was the benefit of taking that step?

I think it’s a good perspective changer. Especially going into our seventh record. We’re not the young new band anymore. So where do we fit? Where are we still relevant? What do people expect from us? All of that was stuff we considered. I did a lot of reflecting and it was an interesting thing to think about. Like 15 years later we’re still singing these songs that are deeply rooted in angst, sometimes anger and sometimes sadness. And then you’re creating another record, you’re churning the waters up again to pull that out of you, and then you’re playing a show in Australia. You bring it to people. It’s such a crazy endeavour whenever I think about it. I’m a grown man that goes on a stage and screams about how I feel every night. And hopefully I connect with people – that’s our mission. That’s our goal. That’s what constitutes a good night if we can connect with you about this. And that’s kind of where the concept of The Black Market came from. We traffic in these emotions, and who we are and the role we play in people’s lives.

How much does age have to do with that revelation? It’s different being in your mid thirties and being an established band as opposed to being 20 and just travelling around in a van with your mates and seeing what happens.

Yeah maybe you’re right, this record is a total mid-life crisis record. Maybe its a facing your mortality kind of record. I think before I was ever a musician I was a music fan. So I watched bands, I studied bands, I was a nerd about bands. We’re in a place now that if we’re still going to be relevant, we still have to connect with people. And that involves not getting too comfortable. Finding a place where you’re always kind of pushing yourself. I think where age plays a role, I’m no longer sprinting toward the finish line. I’m now in a marathon. I’m pacing myself and I’m really comfortable where Rise Against is. I’m really happy with who we are and what we do and where we are as a band. And when you settle into that, you can finally enjoy it and I want to enjoy it. I want to be present for it. I’m not sure I’ve been entirely present for all the years, and I think now I’m ready to sit back and enjoy this thing we’ve created.

What was happening in those years that you weren’t present?

I think it was just the job. I didn’t go to college or prepare for this role. I just fell into this then all of a sudden someone wanted to interview me and cared about what I thought. We were on a stage and people were listening to our records and I was supposed to put on a compelling performance. All of that was something I wasn’t prepared for. You’re just kind of making it up as you go along in a lot of ways. Oh, I guess this is an interview! Oh, I guess this is a show! This is us headlining and doing photo shoots. This is us signing a contract to do this, to go to a big studio and have people spend money on us to make punk rock music for a living. I always just barely had my head above water. It’s taken me this long to be ready for any kind of spotlight. In the meantime I was just trying to fake it. Now I feel like I’m no longer treading water. I’m more comfortable with it and feel more in control. We can do this on our terms now. We can put a record out when we want, we can tour when we want to tour. This is our dream and that can be anything we want it to be.

Is it safe to say that the new album focuses on the personal just as much as the political?

And are there key events in your life since Endgame which really influenced the album lyrically?

To me it was the time and the distance we took from touring and recording. In the big picture it wasn’t really that long at all – maybe a year, year and a half. But it’s the longest time we’ve taken away from this. We went away to go spend time with our friends and family. Take a little time from the band so we get a little perspective so when we come back to it, it won’t be like we have to. We’ll come back to it because we want to. And we walked into that studio hungrier that we would have if it had been six months prior. 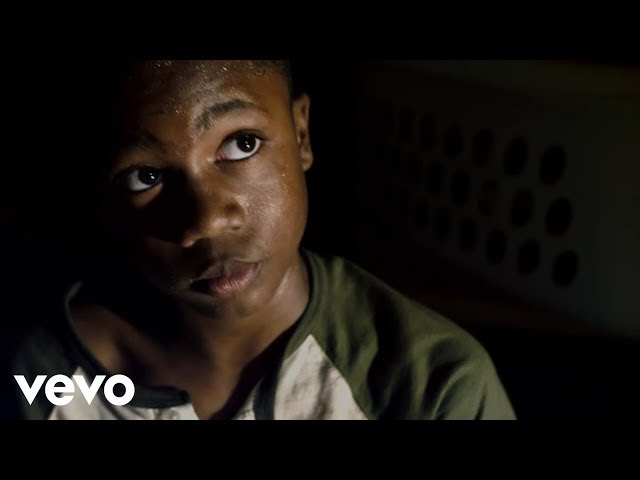 Did you have a chance to try anything in the studio that you hadn’t done before?

Nothing too crazy. We’re still a punk rock band at heart. You’re not going to see us plugging laptops in on stage or getting a DJ. We have a few strings to kick the record off but that’s something we did before. The only stuff we did different was nerdy things like different amplifiers and different guitars and things we hadn’t used before to go for different tones and that kind of thing. Other than that, we try to create different things using the same tools over and over. I think that’s where we’re most comfortable.

Are we going to see you again in Australia quite soon?

Yeah! We have a couple things that have been proposed to us for early 2015. Hopefully we’ll get to know about those for sure soon and I’ll be able to report back. But the fact that it’s been so long since we were in Australia is something we are keenly aware of. And we have such an amazing and devoted fan base in Australia and that’s not something to take for granted. There’s a whole community that has embraced our band down there and it’s been too long. We can’t wait to get back.