Between individual side projects, multiple artist collaborations and the creation of their own record label/artist collective, Swedish trio Peter Björn and John have kept plenty busy in the five years between the release of 2011’s Gimme Some and their seventh LP Breakin’ Point last month.

Now with an extensive album tour underway, the three have made their way to Australia for the much-anticipated Splendour in the Grass music festival, along with a pair of sideshows in Melbourne and Sydney. We caught up with John on what it’s been like sharing creative spaces with other artists and crafting the band’s bold new sound.

It seems like you guys have set aside your guitars a bit and are more focused on making a studio-produced pop album… what inspired this transition?
We smashed every electric guitar on our last tour so all that was left was some vintage keyboards and a tambourine. So we bought three cheap acoustic guitars and sat down in a small room and started to write songs like 3 singer songwriters. The main focus was to write classic pop songs that would sparkle even if you just sang it with a guitar or a piano. In the past we have always focused on the production and the sound of the song first. We felt like the time had come for us to try to make the perfect album that ABBA never managed to make.

The album art with all the hammers, nails, etc., along with the very title of the album itself, suggest a deconstruction/reconstruction theme. What is the significance of this? What would you say the theme of the album is?
You hit the nail on the spot there, we always deconstruct ourselves after each album cycle.

After Writers Block we did a sick instrumental album filled with spoked word poems in Swedish. After being a power pop/punk rock band on our last album “Gimme Some”,we wanted to reconstruct ourself to become Stock, Aitken and Waterman.

The tri-hammer on the cover is a symbol of our three heads crafting pop songs for four years in a dark studio of mine in Stockholm. In the middle of that work we were almost banging our heads to the wall and we actually hit this proper breaking point. It was either break up the band or get our shit together and finish what we started.

Given that the sound of past albums have been centred around your guys’ live performances, and this one more focused on the studio production, how has it been playing this album live? How has the audience been reacting to the new sound?
Our motto has always been ” less is more”. We have left a lot of space and air in the production and arrangements of the music. On this album we wanted to try “more is more” and we are doing that live as well. We are bringing two extra musicians for the first time and that also make it possible to perform the old songs in a fresh way.

“Young Folks” is still on the setlist and is still the song you’re most well-known for. How have you embraced “Young Folks” over the years?
It is still the hardest song to perform live cause the way it is played on the recording is very naive.

It sounds like it is played by retarded cartoon animals and that vibe is quite hard to get into on stage. But some nights it works. One of the other things that makes Young Folks so special is the mix of Peter’s and Victoria Bergsman’s voice. Live Peter usually sings the song on his own.

But, sometimes, we ask other artists to join us on stage and during the years, there has been both amazing duets and not so amazing duets.

Breaking Point is different from past albums in that it has a more “hit-filled” feel. There are a handful of songs that could easily be pulled off as singles. What was the process like crafting these and was this feel intentional?
We listened to Michael Jackson’s Thriller and that album is filled with amazing and groovy singles. We wanted to try to make songs like Billy Jean or Beat it, tracks that you could listen to both on the radio and at the disco.

Collaboration seems to be a huge part of the creative process for you guys right now—between working with so many big-name producers, to each of you branching out to work with other artists, to the creation of INGRID as an artists collective. Can you expand a bit on how collaboration influenced the sound of this album and altered the creative process for you guys?
When we started INGRID I don’t think we knew how much energy the collective would create. The platform makes it so much easier and much more inspiring to make music and films and to release stuff with all kinds of projects.

On a Tuesday Peter might be making a video with the INGRID film team for his solo project in Swedish, Björn might write songs with Lykke Li in one room, and I might do a collaboration with “Ane Brun” as my alter ego Hortlax Cobra or play drums with Wild Nothing. When we meet again as a band, everyone has learned some new tricks. So, I think we are enhanced versions of ourselves every time we start to work on a new PB&J album. And having the collective made it very natural for us to ask Pontus from Miike Snow to come in and co-produce two of the songs on “Breakin Point”. We have always did everything ourselves before.

The songs, the arrangements, the production, the mix, the stage design, the merch…But the motto “more is more” forced us to invite more people and we we started we didn’t know that we would end up working with Paul Epworth (Adele, Coldplay) and Emile Haynie (Eminem, Lana del Rey). We put everything into this record. The only persons that we could not get ahold of was the guys in ABBA. We dreamt about having Agnetha or Anni-frid on a song but that dream didn’t come true. Maybe we have to invite them into the Ingrid collective next time.

You’ve also dropped a few remixes of songs off the new album, something different for you guys. How did these come about?
We have actually always released different kinds of remixes. On Living Thing we put out a remix by Jan Hammer (Miami Vice soundtrack) and a hip-hop version of the record with for instance Jazzy Jeff and GZA. This time we wanted the remixes to be made within the INGRID family so both Galantis and Miike Snow have made great versions of of Breakin Point and Dominos. And RAC we have worked with before, so we basically asked people we knew and liked. 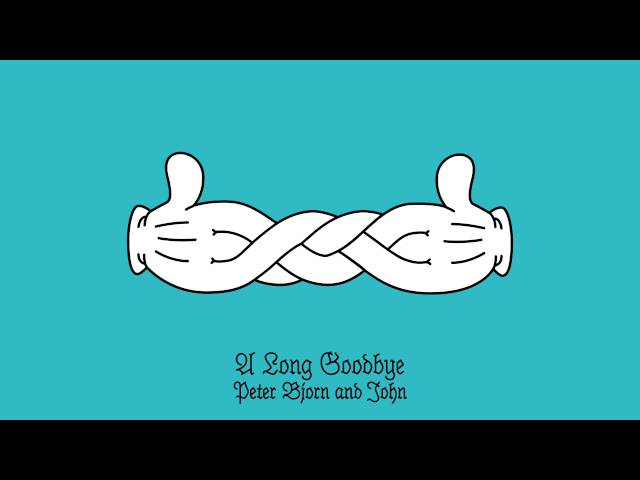 “A Long Goodbye” opens up with a sped up sample of Blondie’s “Heart of Glass.” How would you say this album is in conversation with pop from the past? What were your major influences for the album?
Well, haha, its not a sample actually, it is a guitar riff that Peter played during a studio session. We didn’t think about how close it sounds to the Blondie-riff until a nerdy friend pointed it out to us. It’s not the exact same riff but Blondie is a great reference. We thought about all the “FM radio hits” we heard as kids and back then you could hear a Def Leppard song followed by a Depeche Mode song. Rock and pop lived next to each other on the same radio channel and we wanted to capture that mixture on a PB&J album. I was a hard rocker when I grew up and Bjorn was a synth-popper so we already have that weird fusion in the band.

What are you most looking forward to about playing in Australia? Any memories from last time you were here? What have you heard about Splendour?
Last time PB&J came to Australia it was actually Peter, Björn and someone. I was in Europe, touring with a percussion ensemble. I met up with the guys in Tokyo and they told me that I had missed the trip of my lifetime. So, 2016 will be the first time the whole band will be on the same stage in Australia! Looking forward to that a lot!

After a long touring season ending in September, what’s next for you guys as a group and as individual artists?
We are planning to make a new PB&J album pretty soon and as individuals, we will try to learn some new tricks.