The proposed bill from state senators Brad Hoylman (D-Manhattan) and Jamaal Bailey (D-The Bronx), titled “Rap Music on Trial,” would amend state criminal procedure law to strictly limit the admissibility of a defendant’s lyrics, videos, or other “creative expression” as evidence shown to a jury.

According to the draft legislation reviewed by Rolling Stone, the bill would set a new, high bar compelling prosecutors to show “clear and convincing evidence” that a defendant’s rap song or other creative work, is “literal, rather than figurative or fictional.”

“This law would certainly be groundbreaking,” says Erik Nielson, University of Richmond professor and co-author, with University of Georgia law professor Andrea Dennis, of the book Rap on Trial.

Nielson says the ACLU has been fighting the use of rap lyrics as evidence at criminal trials using existing laws in recent years, but the proposed New York State legislation might be the first of its kind written with the express intent of targeting what Nielson calls a “racially discriminatory” practice.

Nielson says his research with Dennis has uncovered hundreds of cases where rap lyrics and videos were introduced in criminal courtrooms. “And I can tell you with certainty that is a tiny fraction of the overall number,” he says. “We know it’s in the thousands. The question is whether it’s in the tens of thousands, especially if you include when [rap lyrics and videos] are used to indict people, too, or used at sentencing.” He calls the practice “rampant” and stresses it doesn’t happen in the same way with any other artistic genres.

Hoylman and Bailey say they were spurred to action in large part by the issue’s racial component. When rap lyrics are introduced in trials, their cultural and artistic context can be stripped away and replaced by one of apparent legal relevancy. When defendants are people of color, hyperbolic content can be twisted to feed racist stereotypes, experts say.

Hoylman says no one believes Johnny Cash “shot a man in Reno just to watch him die” or that David Byrne is a “psycho killer,” but over and over, rap musicians involved in criminal cases have their music used against them. He says the practice is both “chilling to artistic expression” and “reveals a bias in some instances that denigrates certain forms of expression, like rap music.”

“There’s a social justice component to this that meets the moment,” Hoylman says. 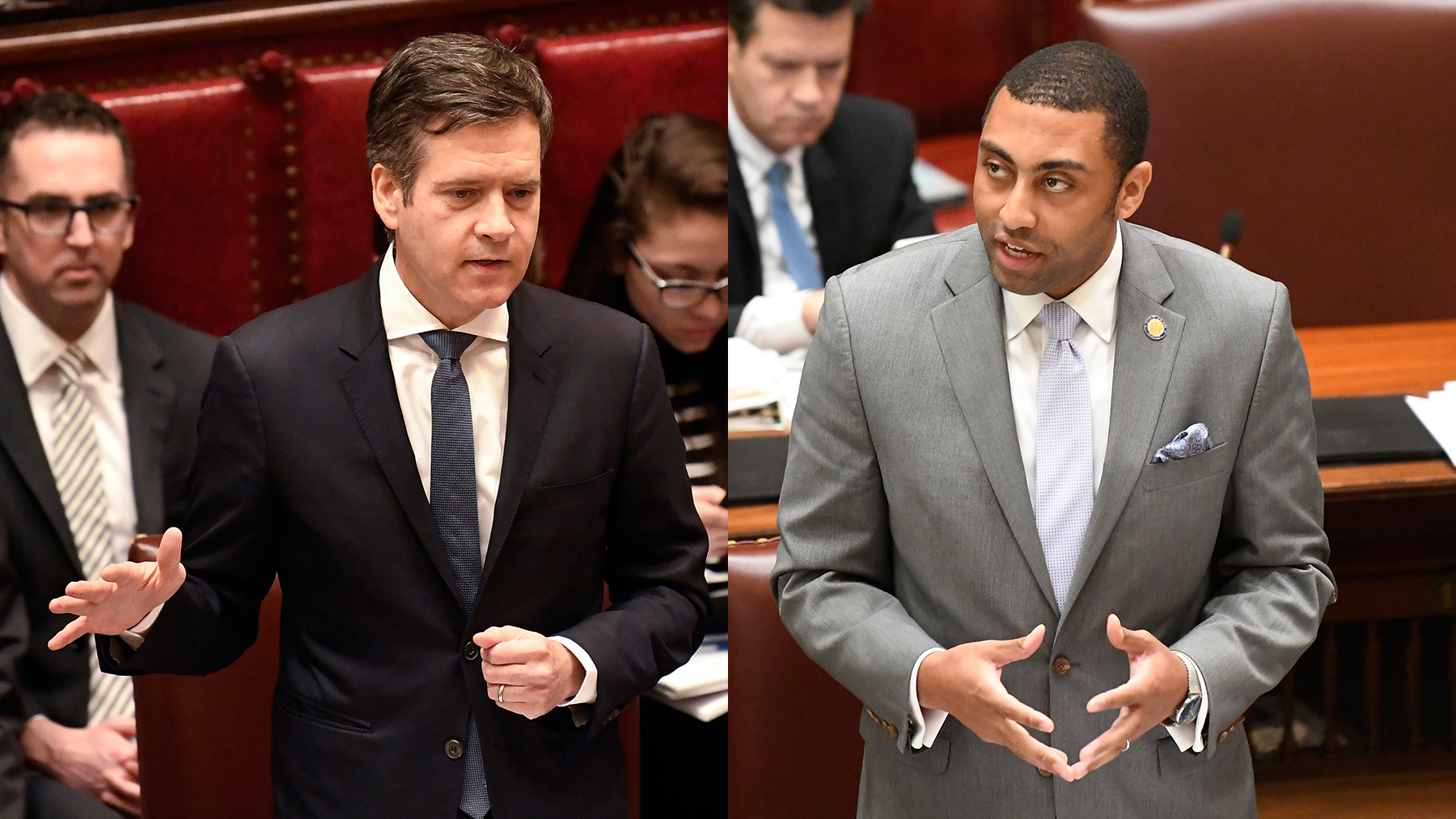 Los Angeles rapper Drakeo the Ruler was at the center of one of the most high-profile and egregious cases where rap lyrics were used to paint a defendant as culpable. The rapper, born Darrell Caldwell, was charged and ultimately acquitted in the 2016 murder of a 24-year-old man outside a party in Carson, California; but he still spent three years in prison as the strange case unfolded.

Prosecutors agreed from the start that Caldwell didn’t pull the trigger, but they built their case around the theory that the fatal shooting stemmed from Caldwell’s beef with the rapper RJ, born Rodney Brown. During Caldwell’s trial in Compton, prosecutors introduced the lyrics from his 2016 song “Flex Freestyle” to convince jurors he had attended the Carson party to target RJ: “I’m ridin’ around town with a tommy gun and a Jag / And you can disregard the yelling, RJ tied up in the back.” It didn’t matter that RJ wasn’t even at the party in question.

“I didn’t even think they could do that,” Caldwell tells Rolling Stone. “I heard about them doing it before, but it was just the way they were doing it. How they were using it against me. It didn’t make no sense. It was just crazy.”

Caldwell’s lawyer, John Hamasaki, says the prosecution was “essentially putting him on trial for a possible life sentence based on the theory his rap lyrics had demonstrated his intent to murder a guy. But somebody else completely unrelated was murdered. But maybe they were there at the same time. It was a really, really tenuous theory.”

“I have never seen rap lyrics used in such a convoluted and distorted way to try to [imply] guilt against somebody who they had little to no evidence committed the crime,” Hamasaki says. “The state was trying to convict an innocent man in such an outrageous way, based on really speculative evidence. The whole time I was like, ‘Why is this case even on trial?’ But they were gung-ho on pursuing it.”

Hoylman says he and Bailey hope to introduce the legislation later this week.

“I’d love to see it become law next session,” Hoylman says. “I’m hopeful we can get this moving and on the governor’s desk before June.”