On his second solo album, Pure Gardiya (out May 27th), Nicholas Allbrook explores simpler expressions of his tendency for psychedelia and off-kilter pop. In contrast to the cosmic free-falling debauchery of Pond, his solo work leans towards introspection and the search for organic sounds through piano and strings. His assembled band conspired to shift Allbrook’s original aspiration for beauty into a wild intensity, alongside an image owing some inheritance to David Bowie glam and a vocal conviction similar to fellow Australian musician, Kirin J Callinan.

Before heading out on a European tour, Allbrook spoke to Rolling Stone about the new album, his thoughts on Australian identity and surreal moments during the rise of Tame Impala.

What was the recording process like for Pure Gardiya?
The recording was pretty different from the usual. Instead of just sitting in my room at home recording it, polishing the turds for like 12 months. I thought it would be more fun and inspiring to get a few musicians that I really respect and indulge in that more traditional way of recording.

Being the song man who has a bunch of songs written in a book. And then just going in with people who can play beautifully and doing it within a short set time.

Who are the musicians appearing on this record and how did those collaborations develop?
I met Ev (Evelyn Morris) years ago in New Zealand. She’s been constantly inspiring musically and artistically, in activism and writing. She makes music under the name Pikelet. I’ve always thought it was brilliant.

She’s the most talented musician I’ve ever known. If you can play hardcore drums as good as any hardcore drummer, and beautiful avant garde classical piano and sing perfectly and operate loop equipment immaculately then you must be some kind of demi-god.

Cam Potts plays drums in heaps of bands and played violin in Baseball. And Fran (Francesca Mountfort) is a dear friend. I’d always hear her doing cello lessons. She just plays beautifully and is an incredibly sensitive artist.

It’s a really nice freeing feeling, not holding the project too close and kind of sharing it. It made it very emotional and close being able to share it with people.

The sound you were looking for was something with fairly simple elements. It certainly has a more organic feeling in comparison to Pond records.
I had fantasies of making it mainly piano and strings and me singing. Maybe some colours in and around it. The whole idea was in disregarding my own kind of ego and just totally accepting that doing this thing with that group of people would grow its own way.

I really wanted to focus on organic, beautiful instruments that could be played in a truly beautiful way but it just lost control somewhere and veered into screaming old Nick yelling at people from a soapbox.

Where does that energy and intensity come from?
It sounds really wanky to say, but I was kind of obsessed with minimalism. That was the idea. Making something that was simple in its elements and kind of beautiful. But there’s some deep well inside me. I wanted it to be like Yves Klein Blue but it just comes out like a vomit rainbow.

“I really wanted to focus on organic, beautiful instruments, but it just lost control somewhere and veered into screaming old Nick yelling at people from a soapbox.”

I guess the energy thing you’re talking about, maybe it’s just the way I am. Or maybe it’s the way the “music” Nick Allbrook is. Cause I don’t feel like I’m a particularly explosive, outrageous, intense person. Maybe they’re different people?

In the lyrics, there seems to be a lot of self reflection. That’s all there ever really is. But like wider. Reflecting on my place as an Australian, or just kind of as a white middle class male living in Australia. And then all the usual bullshit. Love and loss and thoughts.

On your place in society, “Advance” sticks out as it dissects the Australian national anthem. And what’s kind of rotten at the core of the country.
It’s what we’ve set out as our mission statement as a nation. And if you say it out loud now, it’s really easy to see that these things are kind of ignored and if they’re not ignored, they come from really misguided and antiquated places that don’t make sense to us. The myth of our country is kind of absurd when you actually say it out loud.

On the visual ‘glam’ styling you go for, as seen in the “Advance” video, what’s your creative process like? I assume you have all control over the presentation?
Yes, complete control. The director of that “Advance” video, Matt Saville, he’s a really old and dear friend of mine. I was just talking to him about my idea for a video clip. Where I’m in front of a blue screen all dolled up like a sugar dandy.

He shares the same sort of simple and casually confusing visual ideas that I do. He’s just good at complimenting what I think and making it look actually cool. Actually pretty. I like blue. I like pretty gold sparkles. The whole aesthetic that’s in that video. 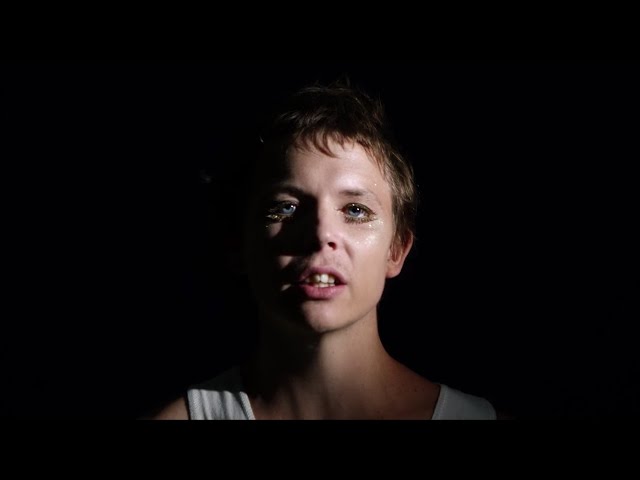 “A Fool There Was” has the prominent line, “I don’t want to go to America.” To me that says you’re a guy in various touring bands and sometimes you want to stay home, you don’t want to go on tour again. Is that the feeling?
Yeah man… that’s a big part of it. But I think that line means a lot of different things to me. Because America is the superpower, it does get a lot of tall poppy hate. Especially in the antipodes and stuff like that. Even though it is pretty much the only cultural influence we have. But at the same time I love going there and I love the people.

It also makes me think about all the things that people mock about America, it’s kitschiness and loudness. But we’re no better. Australia can be just as loud and absurd and redneck and racist and criminal and insular as America can. And it can also show as much beauty so it’s also self-reflective.

I’m curious to ask about your previous involvement with Tame Impala. That band and Pond being one of the crazier things to happen in Australian music over the last five years. What are some strange moments you found yourself in as it took off?
I guess I was about 23 when it really started going through the roof and being something that would take up all my time.

I’ve had this surreal question a few times actually, and I’m not sure if it’s finding yourself in a spa with Lil Wayne. Or something genuinely surreal happening, but there’s been both of those things.

Where I have to sort of sit back and think it wasn’t that long ago when I was walking across the oval to Derby District High School and hiding my shoes under a bush so I didn’t have to wear them at school.

And then when you find yourself with some idols of yours, dangling your legs off a boat into a Norwegian fjord. You think how the fuck did my life get here? What am I doing with my five best friends on a catamaran for free in the Mediterranean? Still wearing my ripped undies from home. It’s things like that, where I look at myself and feel so out of place. But, it just happened somehow.