“You know that feeling that your life is going in cycles?” Emily Haines asks during a call from Barcelona with Rolling Stone, where she and her fellow bandmates in Broken Social Scene are performing at Primavera Sound. The Metric frontwoman is set to release Choir of the Mind, her sophomore solo album under the moniker Emily Haines & the Soft Skeleton, on September 15th via Last Gang Records/eOne. And while Haines has been working on the album for a few years, it’s her first since 2006’s Knives Don’t Have Your Back. “The whole process of why music needs to happen when it needs to happen has always been mysterious to me,” Haines tells Rolling Stone. “We function very much outside of a commercial imperative, so this one, it just was time.”

It’s fitting then that Haines is on the road with Broken Social Scene in synch with preparations for her next Soft Skeleton album. Similar circumstances aligned a decade ago. The musician released Knives Don’t Have Your Back around the same time she appeared on another big festival date with BSS, at Lollapalooza in Chicago. Now 11 years later, performing with them (“It’s like being on holiday with my best friends and just getting to remember the spirit of just playing,” she says) and Haines’ Soft Skeleton timing converges once again.

That connection, coincidental as it is, is apropos for the new material she’s penned. Among the album themes Haines explores is the past (“Wounded,” “Minefield of Memory”), and progressing often means processing situations from the teenage years to go forward. “I did feel by going back and reckoning with some stuff from my past I did, that is where I landed, you know [at ages] 15 to 17. And it’s funny to be out here singing [Broken Social Scene’s] ‘Anthems for a Seventeen Year Old Girl,’ which is the song I wrote with my pals around the same time we’re talking [about],” she says. “It’s not about being juvenile. It’s about the idea that you knew yourself and the question of do all your experiences and all your achievements, is it taking you closer to refining that or is it just a sort of constant erosion of whatever purity we had as kids?”

“I was trying to express … the sound of femininity as a strength that’s not in relation to men.”

That reflection on present-day preoccupations filtered through the lens of memory included discovering a deeper sense of self, in part by stripping away superfluous trappings. “As an independent women, you make the money; you live the life. As you go, is the goal to be surrounded by strangers? Is the goal to never have to be who you were? For me, I’ve always aspired, as we all do, to this visualisation of your life that it’s just a constant ascent,” Haines says. “That’s what we’re supposed to be doing, and improving and succeeding and leaving things behind. But what I discovered and what I continue to discover in my life is that all the good stuff is when you can go back and stand in that same corner that you stood at when you were 15 years old and actually register what – that’s the scientific way to register how you’ve evolved – what remains the same about you; the essence of who you are.”

While examining personal experiences plays a part on the record, Haines also delves into the feminine spirit, a subject she has been dedicated to, both on record and in action. Metric is active with Global Citizen, which aims to tackle the world’s most challenging issues via social change, and Haines is also involved with its girls and women issues campaign #SheDecides. The feminine spirit is also addressed in Choir of the Mind.

“I was trying to express, what I hoped there are moments of, is the sound of femininity as a strength that’s not in relation to men … It’s not even related to the male energy, the idea is what is a pure feminine spirit,” she says. “We see so many perversions of it, whether it’s completely fetishising very young girls. We know all the icons of Madonna/whore and all of this stuff, but where do we live for those of us who aren’t a mother or a child or a whore? That’s the spirit I’m trying to convey on the album, it’s that essence of femininity, without it having to be a reaction.”

“There’s something so appealing to me about the idea that I dedicated my life to being a sound.”

Though some of her new material was culled between solo records – Haines is always writing – much of the record’s music happened on the spot. She recorded it in her Toronto hometown at Metric’s Giant Studio on a grand piano from 1850 (“We promptly named it The Matriarch”). “Pagans [in Vegas], the last Metric record, was deeply electronic, no guitars, really a sonically more cerebral record, and we always had the idea that I would then do a counterpoint to that and would do a Metric record that was way more organic and cinematic,” she says. “In the midst of that, we found ourselves rediscovering the purist Metric sound – whatever that is. And I found myself wanting to just start fresh and make this record my own.”

Choir of the Mind‘s first single, the haunting “Fatal Gift,” deals with grappling with success, what that really means and where it leads. “I really like the sort of otherworldly place that I live when I’m just locked in a room with the piano and I love the idea that I could capture that in a sound, that feeling, sort of leaving your body and just drifting,” she says. 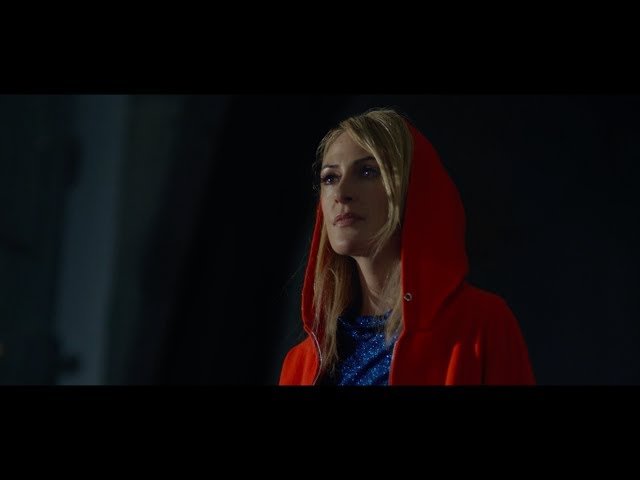 That ethereal quality of her new material is enhanced by lush, layered vocal passages interwoven with her breathy, gauzy singing. And though the past does make its mark on the album, its sound was shaped in new ways. For the first time, Haines stepped into the producer role for her new album. As with her first solo record, Metric guitarist Jimmy Shaw (who also co-produced and mixed the album) and drummer Scott Minor (Sparklehorse) play on the new effort.

“There’s something so appealing to me about the idea that I dedicated my life to being a sound, which is a super strange mandate to set out, but I’ve done it and I am a sound,” Haines says. “And to be able to on this record really explore through all the voicings –instead of doing orchestration as I’ve done in the past, I just did choral arrangements and I found that by layering all that stuff and allowing words to be said in different ways with different emotions and different character there was like – I just got the closest I feel I ever have to the essence of what I am as a sound. Not like a chick in a band or playing a synth or wearing whatever I’m wearing; just a human being who is somehow still going strong in a very unlikely field.”

There are also experimental touches, such as on the title track, where Haines vamps words from Savitri, the Indian epic poem by Sri Aurobindo, over a doo-wop-styled song ending. Haines, who was born in India, was putting the final touches on the song and opened the poem to Part I, Book II, Canto VI of Savitri.

Though she found the passage randomly, its themes seemed made for the song. And like the cyclical rhythm that informed Choir of the Mind, the backstory ties in the past and takes it full circle. “I just opened the book to this passage that describes the ‘million-impulsed Force,’ like this female pronoun sort of spirit that I just thought was so intoxicating,” Haines says. “I felt like that passage articulated way better than I could that idea of what does that sound like, what do we visualize when we feel like a pure feminine spirit sounds like and looks like, that fits.

“[Aurobindo] wrote this massive automatic writing piece that then was an inspiration to all these people in this Ashram in India,” she adds. “[This] spiritual thing that my mother was deeply pursuing when she was pregnant with me, and then gave me Savitri as my middle name. It’s a lot to live up to, but I’m doing my best.”