“When I first heard it with the lyrics and everything, I was just bawling,” says Mastodon guitarist Bill Kelliher. He’s referring to “Roots Remain,” the cinematic centrepiece of the prog-metal band’s new concept album, Emperor of Sand. On the track, the titular antagonist – a skeletal, Grim Reaper–like sultan – enforces a death sentence upon a fragile desert wanderer. “The eyes, the face, the tongue, the end,” the villain intones.

The song, like the record itself, is a metaphor for the crushing blow of cancer. In the three years since their sixth LP, Once More ‘Round the Sun, the quartet became ensnared by that dreaded disease: Bassist Troy Sanders’ wife was diagnosed with breast cancer; drummer Brann Dailor’s mother battled through chemotherapy, the latest chapter in a 40-year illness; and Kelliher’s mother died after suffering a brain tumor. For the guitarist, “Roots Remain” still conjures the helpless horror of watching her suffer.

“It makes me think of my mom passing away and all the things I’d witnessed with her going through,” he tells Rolling Stone. “She was just withering away in hospice, and I was just sitting next to her, watching. There’s the evil voice in that song, which is reality coming to you – all your body withering away. Ugh, it gives me goosebumps when I hear it. Those are the things that are real and emotional, and people are gonna fucking cling to.

“When we’re re-learning the songs and sing the lyrics, we say, ‘Jesus, this stuff is deep, man,'” he continues, laughing at the band’s insistence on exploring heavy themes. “Why do we have to be so fucking deep all the time?”

In many ways, Emperor of Sand, out Friday, harnesses the same gut-punching catharsis as their last conceptual piece, 2009’s Crack the Skye. That album marked a emotional turning point, with Dailor acknowledging his late sister, Skye, who committed suicide in 1990. But unlike that earlier LP, a barrage of cosmic prog with an inscrutable narrative, Emperor is a direct meditation on time, death and decay – themes spawned by cancer, which Kelliher calls “the elephant in the room.”

Before the group’s fruitful sessions as a full unit, Kelliher and Dailor established a creative direction as a duo, recording detailed demos in a recently installed basement studio at the guitarist’s Atlanta home. Those early brainstorming stints became therapeutic for both. Over six months, they developed a routine: morning coffee, afternoon riffage, constant bonding over their sick moms. Aided by the convenience of his Pro Tools setup, Kelliher had already assembled a massive backlog of riffs, which seemed to be growing exponentially since his mother’s diagnosis.

“Between my trips up to see her in Rochester, staying with her in the hospital, it gave me a distraction,” he says. “It was the impetus to get all this shit off my chest: ‘It’s gonna be awesome – just keep plowing ahead.’ Every chance I had, I was coming up with new ideas. There was a lot of back and forth, flying up there every week or two to be with her. She’d have good days and bad days. It’s kinda the same thing going on with Brann’s family. We’d get together every day and have coffee and sit there and talk about our moms. ‘Hey, how’s your mom doing?’ ‘My mom’s going through radiation right now.’ We spent a lot of time talking about sickness and how much time you have left. Then we’d go down and start jamming.”

“I’m not going to say that going in the basement and playing was a distraction, but it was something,” adds Dailor. “It’s somewhere to put the heavy stuff that was happening in both of our lives with mom stuff. You only get one mom, so when somebody gets diagnosed with cancer, especially the form that Bill’s mom was diagnosed with … It came out of nowhere. One day, I went over to practice, and he was like, ‘My mom had a seizure.’ It was an awful time for all of us. Mastodon is a family at this point, and we all knew and loved Bill’s mom. We’re all gonna miss her. We were all devastated by the news, and we were hoping that something would happen when she started treatment. That’s a frustrating time for any son. We’re so far away, so it’s all you can do: go in the basement and dig into some Mastodon.”

“The C-word,” then, became an inevitable focus. “We wanted to do a concept,” Kelliher says. “[Brann’s] mom’s sick, my mom’s sick. We’ve got other band members’ family members going through the same thing. We’ve had to cancel tours. We’re getting older, and this kind of thing seems more prevalent for people of our age. It’s like, ‘We can metaphorically write about it.’ Our fans are very emotionally connected to our lyrics and subject matter, especially when we do concept albums. It draws out those clairvoyant people who are like, ‘I know you’re talking to me. I went through the same stuff.'” 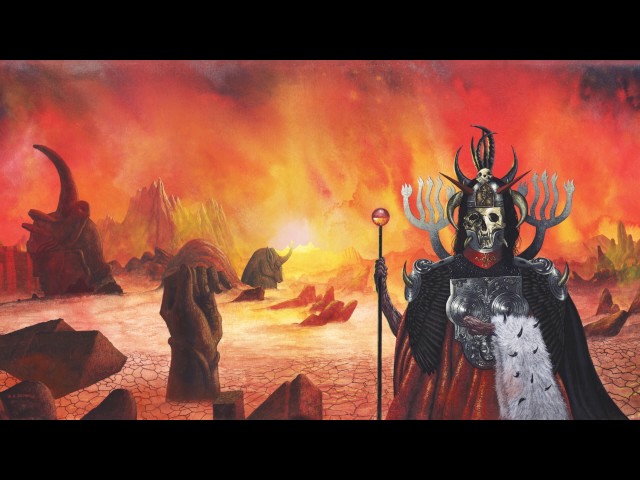 Kelliher kicked off the writing process with the brawny guitar pattern of “Sultan’s Curse,” one of numerous “homeless riffs” that have been kicking around for more than a decade. Dailor immediately pictured the vast, desolate expanses that became the album’s primary setting. “Cinematically, in my mind, it sounded like the desert,” he says. “It drummed up some imagery like from Lawrence of Arabia. I was watching that movie heavily around that time – I binge on it, watch it to go to sleep sometimes. … The cinematography is so beautiful: ‘This desert is an ocean’ found its way into the lyrics. That was kinda the jumping off point for the story.”

But a lyrical narrative only resonates if the performances do, and Mastodon stepped up their vocal game to a new level. Venerated producer Brendan O’Brien, a fellow Atlanta native who previously helmed Crack the Skye, coached the band’s three singers – Dailor, Sanders and guitarist Brent Hinds – through a series of dynamic performances, fleshed out with added harmonies and backing vocals.

“We took a really taking a hard look in the mirror at our band and said, ‘What is the weakest thing we have going on, and how can we make that better?'” Dailor says. “All of us were like, ‘The vocals.’ We’ve never been great, great singers. It takes time. We’re three reluctant singers and a music-first kinda band. Fifteen years ago, we were playing in basements, and [Hinds and Sanders] were screaming their balls off. In 2004, we dipped our little foot into some actual singing, and we found out that Brent had this really cool, Ozzy-sounding voice, and Troy sounded like a heavy-metal version of Peter Gabriel. It’s taken us this long to really get into that, and around Crack the Skye, I started singing some backups.

“But I [eventually] went to a vocal coach and got some pointers, took a couple lessons, and just learned how to be better at it. Just warming up before every single show. We also spent a little more time honing in on the vocals. A lot of times, we go into the studio, and out of 11 or 12 songs, we’ll have about two songs figured out vocally. And with this album, since Bill has his basement studio, we did a lot more vocals in the pre-production phase. I’d get ideas for something to sing over a part, and I’d start singing over everything. Whatever’s the catchiest stuff, that’s where we’ll aim.”

Dailor has developed into the band’s purest technical singer, expanding his emotional and physical range with each album. Though he’s famously a Peter Gabriel–era Genesis fan, Emperor of Sand feels like his Phil Collins moment: evidence of a powerhouse drummer fully embracing the microphone. Take “Steambreather,” on which his soulful hooks slither out of a stoner-metal fog – or the hypnotic middle section of “Roots Remain,” for which he chased the spirit of David Bowie. “I don’t know if this was right after he died or what, but Brann’s a huge Bowie fan,” Kelliher says. “And he was like, ‘I really want to channel some Bowie on this song in the middle.'”

The album’s standout vocal showcase is “Show Yourself,” the most straightforward single in the Mastodon catalog. Ironically, though, the drummer struggled to appreciate the song at first, thinking its simplicity might alienate their more judgmental fans. 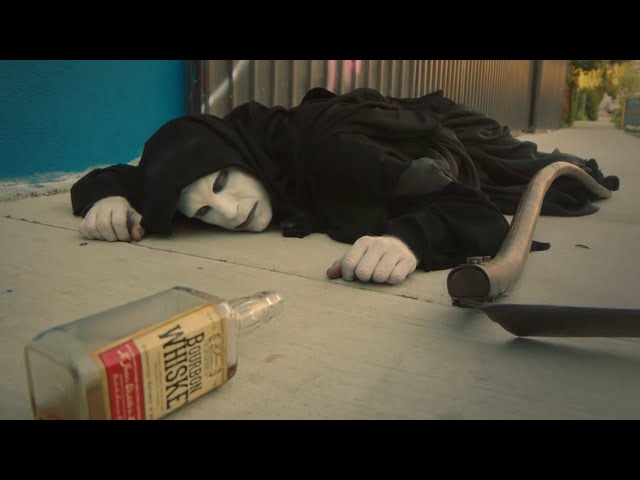 “I thought we were capable of more,” he says. “I thought it was too simple. I guess there’s a part of me that doesn’t want to let people down, and I thought some of our most critical fans would frown on this version of us, so I wanted to sidestep it. But Troy was really into it, so that started to sway me. And when I came up with the vocal pattern, it was really obvious and kinda sounded like Queens of the Stone Age to me. It was like, ‘Oh, we’re wearing a Queens costume.’ And I liked it. And once the album came into focus, it was like, ‘We need something like this.’ It’s like an oasis in a really dense record.

“The other songs have so many moving parts with a lot of music and depth,” he continues. “I feel like ‘Show Yourself’ works in the context of the album. I thought it was super catchy and super easy to like, and that’s one of the reasons I didn’t want to do it. But in the end, I was like, ‘This is kind of an undeniably catchy, cool song.’ … I felt like Peter Gabriel with ‘I Know What I Like (in Your Wardrobe).’ I heard a rumor that he hated that song and didn’t want to do it because it was too easy for the fans to like it. But, hey, Genesis did it. If ‘Show Yourself’ is a gateway to our band, then I’m happy to build that gate.”

“Writing a pop song is actually harder than just writing a bunch of technical riffs in a row.” — Bill Kelliher

Kelliher, who wrote the main riff on a tour bus “in the middle of the night bouncing somewhere in Europe after a gig,” pushed for the song from the beginning: “We brought it to Brendan – he was really impressed. He was like, ‘Just cut this part in half and do this, and you’ve got a song.’ And when I heard Brann’s vocals on it, I was like, ‘This is really fucking catchy.’ It’s not like anything we’ve done before. People might think, ‘It must be really easy to write a catchy song.’ But it’s actually not that easy to write a pop song – it’s actually harder than just writing a bunch of technical riffs in a row.”

After 17 years, Mastodon have achieved a startling rebirth with Emperor of Sand, an album that contains their most accessible songs – and also their most honest.

“We could have just left it at the desert-sultan theme and not said anything about what we were going through personally during the making of the album,” Dailor says. “We could have told everybody it was about all the different kinds of peanut-butter-and-jelly sandwiches you could make and enjoy. But coming out publicly about my little sister’s suicide on Crack the Skye opened up this whole new world of fan interaction and human interaction. After shows, people would come up and say, ‘I went through this. My brother just committed suicide, and your album [helped me].’ I don’t know if it would’ve had the same impact for those people if I hadn’t come out and explained what it was about. I think people seek [us] out as a Band-Aid or a remedy for something. Music is definitely healing.”