Sweet music floats into the St Kilda morning from the open front door of the mansion on the hill. Beyond the lead-light foyer sits Joe Camilleri, teasing out Duke Ellington on his hand-painted sax. “I’ve played the song inside out but to find something that 5,000 saxophone players have never found…?” He shakes his head. After 50 years in showbiz, a looming jazz club date is yet another puzzle to crack. “I’m gonna do the Van Morrison I reckon: just play one note.”

In the latest instalment of our Living Legend series the Black Sorrows vocalist recalls his formative beginnings, breakout success and what continues to motivate him.

Didn’t you get thrown in the deep end at your very first gig, in 1964?
Yeah, we were down here in Footscray and they used to have these blue light discos and [my friends] physically threw me up there. I think we did a Rolling Stones song. I didn’t know that they didn’t write it, though. It was probably “Carol” or “Route 66”, something off that first album.

It’s always been the Stones not the Beatles, right?
It was a fraternity: the Kinks, the Animals, the Stones, probably the Dave Clark Five, then the Beatles. Was “Love Me Do” their first single? I kinda thought that was a bucket of pus. The Stones had something else that was more interesting, to me. But the big thing was the Animals. “House of the Rising Sun” eclipsed all. Then there was this geezer called Bob Dylan. Incredible time, ’65.

How were you hearing this stuff?
Coles used to have these singles bins. My brother and I were also sending away for these Prestige/Bluesville music catalogues. You’d go in there and take a chance on the name. Pink Anderson worked for me. Terrible record. Blind Willie McTell. Last Session. Crackin’ record. Howlin’ Wolf would work. Snooks Eaglin. How’s that for a name? New Orleans street singer.

And you joined the Drollies.
It was the worst band you could imagine being in, with the worst name. But the friendship was brilliant. It was about hanging together and having a dream – which was just to play a song together from start to end without stopping.

Jo Jo Zep & the Falcons were 10 years and many more bands away. Was their success a cumulative thing?
Total accident. I just happened to have the right songs for the right time. It wasn’t even the right songs for the band. We had to find a way of doing them. I was so into dub music by then. My first song was “So Young”. This reggae style was a bit foreign, you know? But to their credit we made something out of it. The next few songs were “Hit and Run”, “Shape I’m In” and that [Screaming Targets] album. So we were able to manufacture something that’s become part of the tapestry of Australian music. 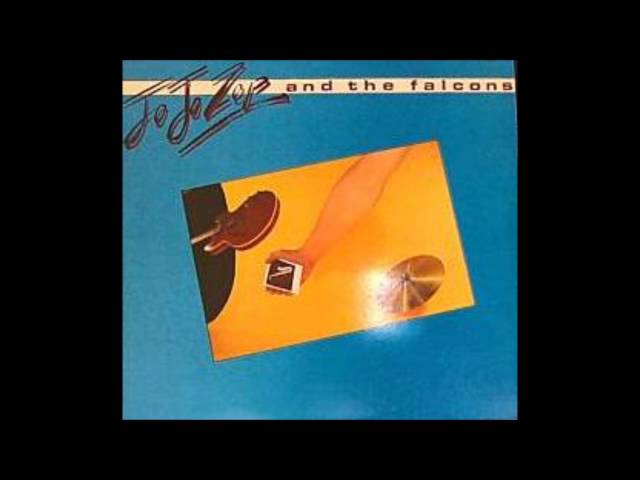 The early Eighties version of the Black Sorrows seemed like a rejection of that pop success. You went back to Fats Domino, John Lee Hooker, Chuck Berry, zydeco…
I didn’t wanna not be successful. For me it was about the music. I had no purpose. I was looking for a job. I was working as a dish pig at this place and the boss said, ‘Come do a Sunday afternoon out the front’, and out of that I found this band … We made this little record [Sonola], and that catapulted us into something else.

The Sorrows got massive in the late Eighties. Was there a point where you crossed the line from musician to something else?
It doesn’t take long. You’re getting a certain kind of attention. You’re going to meetings with A&R people talking shit that you don’t know nothing about. You don’t wanna let it go, whatever it is, because it’s pretty good, and you’ve got enough money to put a deposit on a house. What happens is it turns out to be a dream.

How did that fall apart?
I reached a point where I didn’t know who I was and I had all these fires going off in Europe. They wanted me to move there and I said, ‘I’m not going.’ So the house of cards fell down and the girls [Vika and Linda Bull] had an opportunity to make a record, which was great. I didn’t like the spectacle any more. There were 11 people on stage. Horn players, jugglers … it was clown week. I needed to put the lid on it.

With the Revelators, then Bakelite Radio, it was back to roots covers.
Yeah, they’re good records. And I was a bit disappointed they didn’t do better because they were coming from a good place.

You went into business with Woodstock Studios, and the Beach Café. Why?
What did I get a recording studio for? I just wanted to record myself and my friends. I hate the music business! The last thing I wanna do is take money off a musician. So I gave it away. It was the same when I had the café with Paul Hester. We just wanted to have coffee with our kids and we ended up yelling at people for ordering almond milk. I miss that little geezer. The day I gave the keys to the new owner was the day I started writing songs again.

New LP Faithful Satellite is your 48th album. But it seems like the gig is the real game for you these days.
It always has been, though. I don’t think I was ever suited to the big thing. The song list, the lights, [hitting] your mark … I just don’t have it. I’m an unmade bed. And I think that that’s why I live in those smaller places where I started. When you’re playing to 10,000 people, who are you throwing it to? It’s all smoke and mirrors. When you play to 500 people, you can feel the soul. You can certainly smell it. Whether they’re on your side or not, you can feel the hum in the room. I signed up for that.