The surviving members of Led Zeppelin squashed one of the group’s most established and enduring mythologies when the band’s bassist/keyboardist/songwriter John Paul Jones took the stand in day four of the copyright infringement suit “Michael Skidmore vs. Led Zeppelin et al.”

Related: Does It Matter If Led Zeppelin Stole ‘Stairway to Heaven’?

It was a rare public reunion for Jones and his former bandmates, Jimmy Page and Robert Plant, with Jones appearing as a witness to support Led Zeppelin’s defence in the case involving similarities between Zep classic “Stairway to Heaven” and “Taurus,” an instrumental composition from the Sixties-era rock band Spirit.

Apparently, the defence team had concluded no one on the jury is a loyal reader of Mojo: Jones’ appearance served mainly to quash the narrative, faithfully recounted for nearly five decades, of how Page and Plant came back from the Bron-Yr-Aur cottage in the Welsh mountains with the beginnings of “Stairway to Heaven” to play to the rest of Led Zeppelin – a surprising assertion Page had also made under oath earlier in the week.

In his cross-examination with the plaintiff’s counsel Francis Malofiy, Jones was confronted with the playback of an audio recording of a 1972 BBC interview where he stated, “We were all in the country at Headley Grange when [Page and Plant] came back from the Welsh mountains with a guitar intro, verse and maybe more [of “Stairway to Heaven].” Under oath, Jones disputed the veracity of his earlier claims: “It sounded like I was guessing. I was guessing.”

Jones was also grilled as to how Led Zeppelin came to play the Spirit song “Fresh-Garbage” – built largely around a prominent bass part – as part of the group’s earliest live sets. “I forgot who introduced it – I can’t remember,” Jones testified. “It was a two-bar bass riff that popped out from somewhere. It was a catchy little riff, had an interesting time thing and it caught my ear. I didn’t know where it was from.”

Jones also claimed that he thought all of the cover songs played by Led Zeppelin in its famed early tour of Scandinavia billed as the “New Yardbirds” were “all Yardbirds songs.” When asked if he’d ever seen Spirit live, he claimed that, in the late Sixties and Seventies before the composition and recording of “Stairway,” he’d never “gone to any rock concerts, other than playing with Led Zeppelin.”

Malofiy’s cross examination of Jones also represented the end of the plaintiff’s time to plead its case to the court, having used up all 10 hours allotted by the judge presiding over the federal civil trial, Gary Klausner. With several defence witnesses remaining on the docket – including, potentially, Page’s co-defendant, Zeppelin frontman Robert Plant – Judge Klausner made an unusual exception: Malofiy would be allowed to cross-examine all of Led Zeppelin’s witnesses for just 10 minutes each.

The numbers that came out of the testimony of Dr. Michael Einhorn, a Yale-educated economist who appeared as an expert witness for the plaintiff side, were also tantalising. In his analysis, Einhorn revealed Page, Plant, Jones and the heirs of drummer John Bonham split £58.5 million across all 87 songs in the Zeppelin catalog in the three-year statutory period being hotly debated throughout the trial. However, Einhorn claimed the defence had not provided him with the “pro-rate technology” used to determine exactly how much of those monies came specifically from “Stairway” royalties.

“You don’t have to play to the jury” was an admonishment Judge Klausner bestowed on both sides’ counsel throughout the day’s proceedings. But the most astonishing example of that strategy came not from the notoriously hotheaded Malofiy, but Led Zeppelin main counsel Peter Anderson, whose patrician white-shoe countenance has been a defining feature of his defence. During Anderson’s cross-examination of the trial’s plaintiff, Michael Skidmore – the trustee of “Taurus” songwriter Randy “California” Wolfe’s estate – Anderson asked Skidmore if “it made a difference to [Wolfe’s mother] Berenice Pearl if [Wolfe’s only surviving heir] Quinn Wolfe [was cut out of receiving royalties] because he was the illegitimate son of Randy Wolfe?”

It was a “gotcha!” moment that backfired – more expected coming from, say, a trial in Game of Thrones or an old episode of Days of Our Lives. It provided perhaps the ugliest moment of a contentious trial, and was quickly ruled as legally inadmissible by Judge Klausner.

Another cynical moment from the defence occurred when, during the testimony of another expert witness – accomplished musician, musical director and producer Robert Mathes – Anderson requested the court play a 2012 video from the Kennedy Center Honors tribute segment to Led Zeppelin. Mathes – who’s worked with everyone from Sting to Yo-Yo Ma – had been the musical director for this performance, a cover of “Stairway” by the rock group Heart featuring Jason Bonham on drums. The primary relevance of the video, however, seemed to be an attempt to impart the prestige of President Obama and the First Lady, who appeared in many audience reaction shots solemnly rocking out to “Stairway.” Judge Klausner quickly put the kibosh on this gambit, ruling that only the audio portion of the song could be played to the jury. 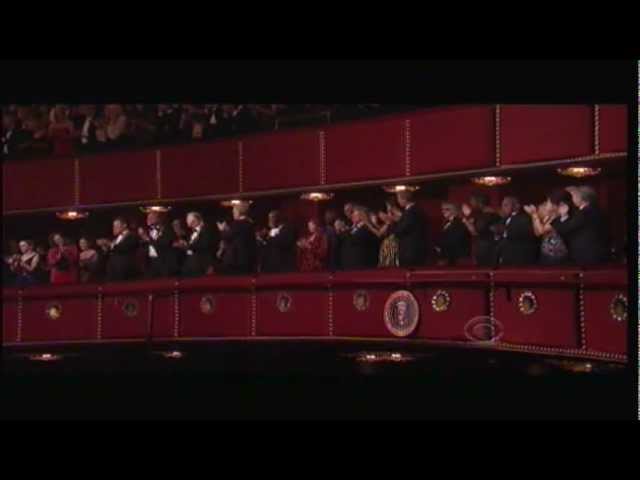 On the stand, Ferrara made a sophisticated analysis as to why “Stairway to Heaven” did not plagiarise “Taurus.” However, his academic approach proved confusing, and at times patronising; when asked about his credentials, Ferrara bragged about owning all 29 editions of the Grove Dictionary of Music and stated, “I have authored or co-authored three books, one of which is in its fifth edition.”

Ferrara’s contribution to the case came off as more collegiate lecture than testimony, as he faced the jury directly while playing piano to demonstrate his analyses. Judge Klausner had to remind the defence more than once to move on to another question whenever Ferrara veered into topics unprovoked by inquiry. Ferrara proved testy and defensive in cross-examination by Malofiy – who raised an objection to his time on the stand as “pre-planned [and] not testimony.” (Curiously, indeed, exhibits of evidence supplied by counsel would appear on video screens just as Ferrara was making points supported by them.)

Amusingly, Ferrara was almost interrupted at one point by a lookie-loo who had wandered into the courtroom with a Fender Stratocaster, likely hoping for an autograph from Page; said lookie-loo was quickly dispensed from the courtroom by a bailiff.

Ferrara’s arguments proved most compelling – and potentially damning for the plaintiffs – when he played the sheet music for “Taurus” followed by a performance of the beginning of “Stairway to Heaven”; to the ear, his renditions did sound “dramatically different,” as he noted repeatedly. Ferrara went on to play more “prior art” compositions with similar chromatic lines to “Taurus” and “Stairway” – demonstrating his point that the musical “building blocks” shared by them are not protectable intellectual property, but commonplace throughout music.

However, the similarities he demonstrated between “Stairway” and the Antônio Carlos Jobim composition “How Insensitive” and Richard Rodgers and Lorenz Hart’s standard “My Funny Valentine” made it seem as if Jobim and the estates of Rodgers and Hart might want to call their attorneys.

As such, another example of “prior art” Ferrara invoked was the Modern Folk Quartet’s 1963 version of the public-domain Appalachian folk traditional “To Catch a Shad.” When Ferrara played the first part of “Stairway to Heaven” followed by “To Catch a Shad” on the piano, it proved one of the trial’s most startling revelations yet: it was almost impossible to tell them apart – they sounded like the exact same song.

The tactic was intended to demonstrate the unoriginality and ordinariness of the musical techniques shared by “Taurus” and “Stairway” – that they can be found utilised in music compositions in many forms and genres going back hundreds of years. Instead, Ferrara’s example may not have been received as intended. To some ears, it suggested another possibility – that Led Zeppelin had no qualms bogarting whole chunks of preexisting compositions in the songwriting process that led to “Stairway.”