“You have to fuck up in front of a million people till you get it right,” Kurt Vile says of playing new songs live. “Then all those people who saw you say on the Internet that they saw you once and you stinked. And I’m like, ‘No! I’m good now!'”

The indie-rocker has experienced that sort of trial by fire throughout his career, but he’s getting ready for a new heaping helping of the hurtful stuff with the release of B’lieve I’m Goin Down…, his sixth LP, out today. The record is steeped in self-aware melancholy (“I’m on outlaw … goin’ nowhere slow,” he sings on “I’m an Outlaw”) and rueful malaise (“You think I’m tired?/Put your face in my place,” he threatens on “Dust Bunnies”), all set against warm textures of banjo, acoustic guitar, piano and the occasional EDM-trance-pop freakout. The album’s air of dissatisfaction, and the beauty with which it presents it, recalls Smog and Neil Young. Vile had recently been test-driving some of the new songs, most notably what he calls his “pop jam” “Pretty Pimpin’,” which he openly admits needs more woodshedding to work live.

“I’m kind of an in-the-moment kind of guy,” he says, frequently using qualifiers like “kind of” and “sort of” in conversation, perhaps as an in-born side effect of his lyrical tentativeness. “I’m trying not to be all like Bob Dylan, Before the Flood, and totally change the song to feel it, but it’s a little bit tough getting that song, just ’cause it’s so simple. Your brain doesn’t want to sing it the same way exactly. We played a version on Spotify, and I listened back and was like, ‘Oh, yeah, that needs work.'” 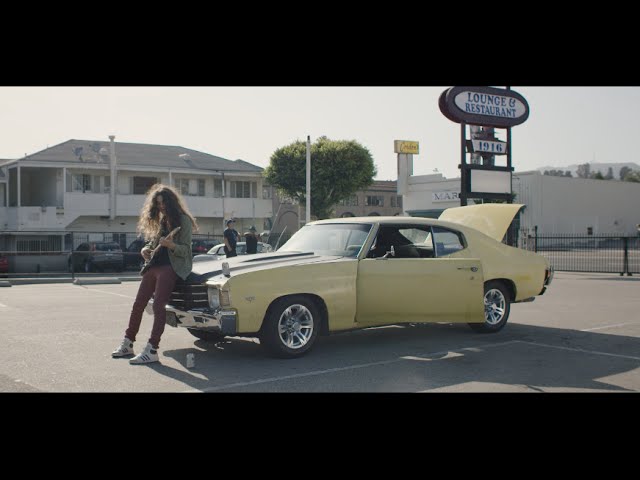 Nevertheless, by his own account, today he’s feeling “pretty mellow” — a phrase he uses three times in the space of 10 seconds. He’d spent a brief sojourn in New York to do promo for the record and has now rested up back in his hometown of Philadelphia. “I slept for a couple days,” he says. “I’ve been chilling at home.”

Although he didn’t have an intricate manifesto for crafting B’lieve I’m Goin Down…, which follows up his electric-guitar-swirling 2013 breakthrough LP Wakin on a Pretty Daze, he wanted to make a “modern folk record.” It’s a description he modifies by saying “spaced-out blues” and calling it “psychedelic folk affair — not like psych-folk, but more like an authentic folk thing.” Eventually, he acquiesces and says he doesn’t know. “At the end of the day, it’s good to have some songs you might be able to play on commercial radio, too, so you got the best of both worlds,” he says. “It’s some kind of stew.”

As he told Rolling Stone in April, though, he had a hard time arriving at this particular recipe. He recorded in Brooklyn, Athens, Georgia and the California desert. He assembled backing bands from permutations of musicians who’ve played with Elvis Costello, Dinosaur Jr., Harvey Milk and Warpaint, among others. In addition to acoustic and electric guitar, he played Farfisa organ, Wurlitzer, Mellotron and piano, and he even gets a credit for “noise.” The secret, it turned out, was recording live with his bandmates. It all amounted to a unique sound for Vile, a little darker-hued than his previous records.

The turning point on this record was a tune called “Wheelhouse.” The recording begins with some soft drum work and a gloomy guitar line before Vile intones, “You gotta be alone to figure things out sometimes.” “I had just written it the week before we recorded it in the desert,” he says. “When we recorded it, we got it literally on the second take. And it was all live, so it’s so real.” It set the tone for what was to come.

The album’s other standout is its far-from-meditative lead track, “Pretty Pimpin’,” which Vile knows is “more poppy.” “It’s good to have a single,” he says, before doubling back and explaining that it wasn’t his plan to make a bubblegum tune, to which he addends, “It’s not bubblegum.” The track, as it came out, is an upbeat mistaken-identity story that begins, “I woke up this mornin’/Didn’t recognize the man in the mirror” and leads to the punchline, “He was sporting all my clothes/I gotta say: ‘pretty pimpin’.'” It’s a mouthful, but it’s effective.

“It’s based on a true story,” he says with a laugh. “I go in and out of mental funks all the time ’cause it comes with the territory. I was just mentally exhausted. You don’t recognise yourself in the mirror, figuratively or whatever, I think most people feel like that all the time. If not, they’re on helium or something.” He laughs. “If you’re toying with dark vibes, I usually come around with a good punchline, like, ‘That person’s looking good wearing all my clothes.’ I’ve kind of mastered that, the turnaround. Take them down and give them a little bit of comic relief.”

Now all Vile has to do is figure out a way to present that comic relief in concert that won’t get him burned on the Internet. Beginning October 2nd, he’ll be embarking on a three-week U.S. tour, before heading to Europe and Australia before the year is over.

“I think that it’ll be hard,” he says of getting the B’lieve songs in tour shape. “If someone’s going to expect it to sound exactly the same way it did on the record, it’s virtually impossible. I feel like all these songs were captured in the moment, so we kind of have to figure out how to do that live, too. I don’t want to morph the songs with something like Eighties Miles Davis or something every night.” He laughs, sounding not at all nervous. “As for the record, ultimately I achieved what I sort of wanted to.”

Kurt Vile will be playing to Australian audiences at Falls and Southbound Festivals. Full lineup and ticket info available here.