Kurt Cobain’s artwork, one of Eddie Van Halen’s Frankenstrat guitars, and Robert Plant’s handwritten lyrics to Led Zeppelin’s “Kashmir” are among the items set to hit the auction block in November.

Julien’s Auctions announced their latest slate of Icons & Idols: Rock N’ Roll offerings, headlined by plenty of ephemera from the Nirvana frontman, including a drawing made by Cobain (signed Kurdt Kobain), handwritten setlists, an original copy of the pre-Nirvana Illiteracy Will Prevail demo tape (when the band was billed as Fecal Matter), and a color photo of a 15-year-old Cobain. 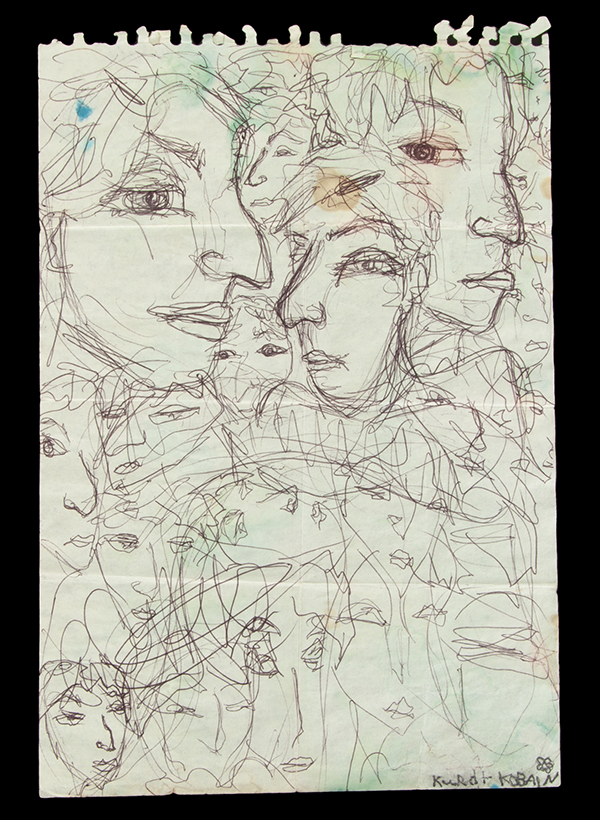 One of Eddie Van Halen’s trademark Frankenstrats will also go the highest bidder at the November 19th and 20th auction, with this particular guitar autographed by both Eddie and Alex Van Halen; the guitar was a gift to Kevan Hill, a childhood friend and bandmate of the Van Halens from their first band, Broken Combs, in the mid-Sixties. The Frankenstrat has a pre-auction estimate of $30,000-$50,000.

Other items of note include Plant’s handwritten “Kashmir” lyrics, scribbled on the Whitehall Hotel stationary (pre-auction estimate $300,000), an abstract nude oil painting that Bob Dylan made in the Sixties ($200,000), Eric Clapton’s Derek and the Dominoes-era acoustic guitar, which he played at that band’s first-ever concert ($500,000) and U2 guitarist the Edge’s stage-used Les Paul electric guitar ($70,000).

Check out Julien’s site to see the complete slate of items, including clothes worn by Keith Richards, Lady Gaga, Whitney Houston, and more.