The copyright court battle between Led Zeppelin and 1960s psych-rockers Spirit over “Stairway to Heaven” took a startling turn Wednesday in the trial’s second day, as guitarist Jimmy Page was called to the stand to testify in his and the band’s defence. Spectators gathered outside Court 850 in Los Angeles’ Edward R. Roybal Federal Building and United States Courthouse were already twittering (and Tweeting) in suspense after seeing Robert Plant and Page enter the court’s chambers with Page holding a guitar case. Alas, the assembled weren’t treated to an impromptu version of “Stairway to Heaven” by the song’s original writers and performers; instead, they were subjected to the trial’s most pointed, tension-filled moments yet.

The trial began with continued testimony from Spirit’s Jay Ferguson and Greg Andes, focusing on a 1970 U.K. concert Spirit played in drummer John Bonham and Plant’s hometown of Birmingham at a club known as Mother’s and allegedly attended by Plant himself. Andes was the plaintiff’s most sympathetic witness yet: Exuding sincerity, he described his encounter with Plant at a pre-concert meet-and-greet and post-performance afterparty. “It was a spontaneous gathering – we wound up in the club’s pub area,” Andes recounted in his testimony. “I played snooker with Robert Plant and we were definitely drinking.”

During discussion of the Birmingham concert, Plant seemed more engaged, and almost wistful, hearing detailed descriptions of his hometown from witnesses. Andes was undermined, however, under defence lawyer Peter Anderson’s ruthless cross-examination. Contrary to his earlier testimony, the Spirit musician was forced to recant that Page was not in attendance at the group’s Mother’s show and that any meeting with Plant at the meet-and-greet would’ve lasted “about a minute.”

On the stand, Page was alternately candid, evasive, sarcastic and wittily charming in his Anglicisms.

Bizarrely, the similarity between Spirit’s song “Taurus” and “Stairway to Heaven” wasn’t brought up until nearly two hours into today’s proceedings; the friendship between Jimi Hendrix and late Spirit guitarist and “Taurus” composer Randy California was brought up ad infinitum by the plaintiff’s witness, while a seemingly pointless and sentimental questioning of Spirit superfan Bruce Pates by Malofiy dragged on forever. (Judge Gregory Klausner didn’t allow most of Pates’ testimony as he was not designated an official expert witness, with Led Zeppelin’s lead counsel Peter Anderson declining to even cross-examine Pates.)

The proceedings intensified, however, when Malofiy called Page as a witness, causing an excited gasp from the spectators assembled in the galley as the rock-star royal made his way to the stand, reading glasses in hand. Much of Page’s testimony centred on the plaintiff’s counsel’s attempt to demonstrate Page and Led Zeppelin’s familiarity with the music and discography of Spirit, as well as any personal contact between the bands. With Malofiy in full attack mode – at one point during Page’s testimony, he testily referred to Page as the “alleged songwriter” of “Stairway to Heaven” – the attorney repeatedly confronted Page on owning multiple Spirit albums.

Under oath, Page admitted to recalling purchasing Spirit’s second and third albums, The Family That Plays Together and Clear. Both records were released in 1969, but Page was surprised when he recently discovered numerous other Spirit releases, including a live album and Spirit’s eponymous 1968 debut that contains “Taurus” as its fourth track. That album also contains “Fresh-Garbage,” a cover of which Page admitted was a staple of Led Zeppelin’s earliest live sets, appearing during a jam section in a medley entitled “As Long As I Have You.”

Page claimed he had never heard the band’s eponymous debut album, noting that there was no way for him to listen to, or even know the existence of, every record in his expansive personal music collection, which he assessed as “4,329 LPs and 5,882 CDs.” “To be honest, I could’ve bought it or been given it,” Page stated. He claimed he had never heard “Taurus” until “something appeared on the Internet – there was a buzz going on in the comparison [between “Taurus” and “Stairway”] a few years ago. My son-in-law brought it up; I don’t do the Internet, so he played it for me. When I heard the orchestral part at the beginning, I knew I’d never heard it before … When it started, I was confused by the comparison … [I thought] ‘What’s this got to do with ‘Stairway’?”

On the stand, Page was alternately candid, evasive, sarcastic and wittily charming in his Anglicisms. Describing the reason why Zeppelin decided to include “Fresh-Garbage” in their sets, he noted the band’s tendency to “chip a wink to what’s hot.” When Malofiy asked how long Led Zeppelin played the totemic “Fresh-Garbage” riff in the “As Long I Have You” segment of their live show, Page responded, “I don’t know – I don’t have a stopwatch.” During a protracted discussion of Page’s musical beginnings, Malofiy ludicrously stated, “later on [in his youth, Page discovered he] had a gift in his ability to play guitar,” causing the Zeppelin axeman to snap, “Well, yeah” and the crowd to guffaw heartily.

Much of the day’s testimony centred around the events of December 26th, 1969 – the date of a Led Zeppelin concert in Denver co-headlined by Spirit and heavy rockers Vanilla Fudge. According to Page, Led Zeppelin played first and had to leave immediately after to make the next day’s date in Seattle, making it impossible for anyone in the band to have seen Spirit’s performance. He also claimed he wasn’t even aware of Spirit’s presence on the bill, despite the fact that Zeppelin covered “Fresh-Garbage” that night, as had become tradition in their early live sets. “I didn’t think I was opening for Spirit; I thought I was opening for Vanilla Fudge,” Page said. “I was excited about opening for Vanilla Fudge because I was a big fan of theirs.” 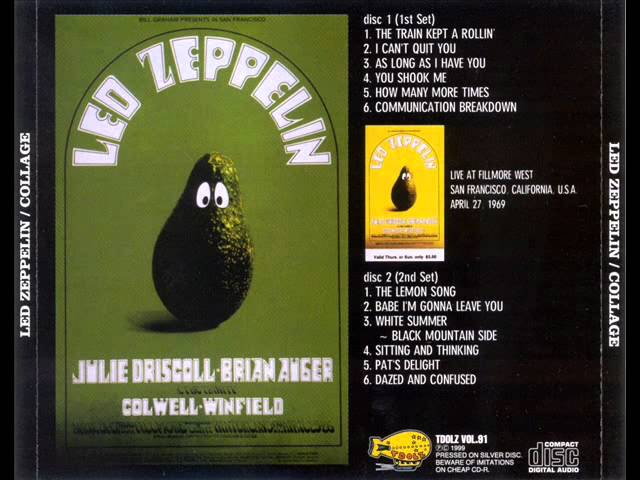 Page also claimed he didn’t recall quotes from interviews where he praised Spirit, discussed playing shows with the band and seemingly admitted to being a fan of Spirit live shows despite claiming on the stand he’d never seen a Spirit concert. Even when presented with a vintage audio recording of an interview where Page clearly stated, “Spirit is a band I really love,” he claimed memory failed him. “I don’t remember, it was long ago – could be distorted, too,” Page said. “In those days, they still sort of jotted things down on notepads.”

Page seemed relieved whenever music became the trial’s focus: he nodded to the groove to both “Stairway to Heaven” and “Taurus” alike when acoustic renditions of each song were played for the jury. Wearing a wry smile, he played air drums on the stand during the playing of a live take of Zeppelin’s “Fresh-Garbage” cover, at one point winking at Plant; as Klausner called for a break mid-trial, Page even busted out a spontaneous boogie move.

Despite Page’s casual exterior, sparks continued to fly between the legal teams.

Despite Page’s casual exterior, sparks continued to fly between the legal teams. At one point, Anderson accused Malofiy of altering a photo of Plant and Andes hanging out backstage at a 1982 Heart concert. (Andes was a member of Heart for a decade.) Anderson and Malofiy also squabbled when a deposition video featured an unsanctioned discussion by Malofiy of Page and Plant’s drug use. While it’s impossible to say at this point which side will prevail in “Michael Skidmore vs. Led Zeppelin et al,” by the end of the trial’s second day, Malofiy had racked up sustained objections in the double digits, at times exasperating the presiding magistrate. (At one point during Malofiy’s questioning, Judge Klausner yelled out “Sustained!’ even before the defence had time to object.)

Klausner castigated Malofiy repeatedly from the bench, at one point asking the attorney, “How many times can you beat a dead horse?” At another juncture, Malofiy disappeared from the courtroom for several minutes in search of an errant witness. Indeed, as the trial wound down at Klausner’s preferred end time of 4:00 p.m., Page was still mid-testimony. While he was certain to return to the stand in the trial’s third day, he seemed ready to pass the baton. “I think Mr. Plant might be better at answering these questions,” he noted.