Last year, Jake Bugg was ready to call it quits on his music career. After touring for nearly two years behind his 2012 sophomore LP, Shangri La, an album he wrote and recorded in three weeks with Rick Rubin at the producer’s Malibu studio of the same name, Bugg had gotten back to work crafting songs for its follow-up. For his first two albums, the English singer-songwriter worked with an assortment of writers and producers including Brendan Benson and Iain Archer. This time however, much to the displeasure of his record label, he went at it alone.

“There was a time where [my label] were like, ‘We need some more songs. We need to put you with some writers,'” Bugg recalls of frantic calls from Virgin/EMI executives that nearly derailed him. As he sits backstage on a green-room couch before a March show in Chicago, the singer’s expression suddenly turns serious. “I was like, ‘If this is how it’s going to be for the rest of my life, if I don’t have that freedom to express myself, then there’s no point in me even trying to do it anymore. I’m a songwriter.'”

Lucky for fans of Bugg, his label ultimately trusted the singer’s vision; in late-2015, the 22-year-old wrapped recording on On My One, his third album. “I don’t think anybody really had that much faith until it was pretty much finished,” he says of the 11-track LP, due on June 17th. “And then it was an album. And then they saw it.” Much like his first two albums, Bugg’s latest leans heavily on his classic tastes, from the spare, acoustic title track to the Black Keys-esque blues-rocker “Love, Hope and Misery.” But he also decided now was the time to push his sonic boundaries: Both “Gimme the Love,” a single Bugg says is about “being frustrated with the disappointments of being in the music industry,” and “Ain’t No Rhyme” feature a hip-hop beat and the singer’s version of rapping. “I call it fast singing,” Bugg shoots back with a laugh. “When you’ve got a lot to say, though, it might come across as rapping.” And while he’s long derided modern pop music – he trashed One Direction and Taylor Swift in the press a few years back – Bugg admits that the influence of growing up with hip-hop undoubtedly seeps into his music. “It’s more about having the sentiment, the edginess and the rawness to it and the simplicity of it, in a way,” he explains. “I thought I could incorporate it into what I do without it being ‘hip-hop.'” 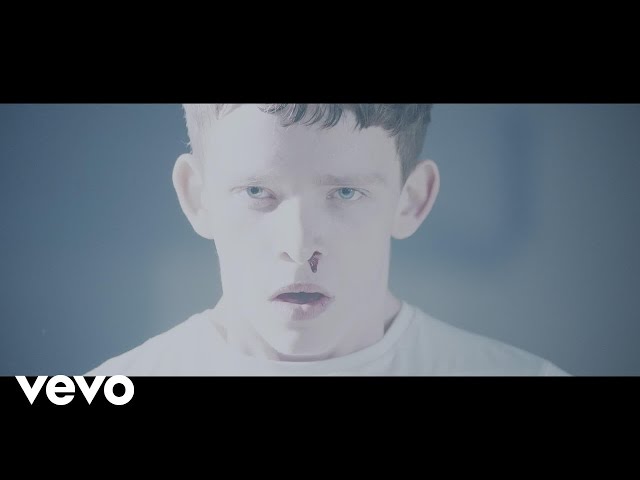 Bugg began writing On My One when back home for an extended break in his native Nottingham. He enjoyed seeing his childhood friends but admits that come evening, he’d find himself bored without a gig to play. “You’re like, ‘What do I do now?’ You’re pacing around the kitchen at nine o’clock at night cause that’s usually what time you’d be onstage. Your brain tells you you have a gig but you know you don’t have one. It’s a strange feeling.”

He turned to songwriting to alleviate his boredom. What started coming out of him was noticeably different from his earlier fare. He says he has never listened to his debut album since its release and, to that end, “wanted to make a different record. But I didn’t want to scare away the fans I already have. I wanted to also grow my audience and I want to make music I want to make, but I also want to make music that people enjoy listening to. It’s a fine line.”

Following his creative muse became central to Bugg early on in the writing process for his new album. (The album’s title is British slang for “on my own.”) Nonetheless, Bugg still turned to his former collaborator and friend Rubin for wisdom: “He’s always good for giving you advice and zoning in on the songs and helping you.” Additionally, he looked to to another unlikely ally: Mike D of the Beastie Boys. “It was a great experience, man,” he says of getting in the studio with the rapper whom he’d met when recording Shangri La. No music resulted from the sessions, but Bugg still relishes the experience. “I’m a big fan so to go and work with him, even though we got nothing out of it in terms of music that’s on the record, just hanging with him was inspiring. You learn things and he’s introducing you to different types of music. It was a great experience.”

Shangri La did not perform as commercially well as Bugg’s debut album, which went twice platinum in his home country. Nonetheless the singer says he’s torn about whether his album sales are of importance to him. “If you want to continue to do this as a career, you’ve got to think about it a little bit,” he says. “But you’ve also gotta do what you wanna do.”

Bugg played several gigs at South by Southwest in March and will spend the rest of the summer on the European festival circuit. Recent set lists have been littered with several of his new songs – a prospect Bugg says is exciting for both him and his three-piece band. “It feels like a progression in terms of the live set,” he says. “We’re feeling good about it.”

Before heading off to have his second cigarette in an hour, however, Bugg admits he often finds himself wondering whether the process of writing, recording, promoting and touring behind an album is something he’s eager to repeat. “I don’t want to do that forever,” he says. “It’s boring. I don’t know what other plan I have – maybe something will come along. I want to get to the point where I can take a break and come back at the level that I was. That’d be the ideal thing.”