When Jack Antonoff steps into a studio to work with one of his many collaborators – Taylor Swift, Lorde, Grimes – the mission is always the same: “Think of this as being on the radio: How do we make it worthwhile?”

For the Bleachers leader and erstwhile lead guitarist for fun., the solution usually means exploring a darker human experience beneath a bright pop surface. He is finishing co-producing Lorde’s Melodrama, the long-awaited follow-up to her multi-platinum 2013 debut. The album’s first single, the Antonoff-co-written “Green Light,” has an older, wiser and wounded Lorde singing of heartbreak and desperation. And it’s the same on Antonoff’s second album as Bleachers, due early summer. Last week, he released the album’s first single, “Don’t Take the Money,” an Eighties-style synth-pop track created with the help of Lorde and former Depeche Mode keyboardist-songwriter Vince Clarke. It begins: “Somebody broke me once/Love was a currency, a shimmering balance act/Think that I laughed at that, till I saw your face and hands.”

“I wanted to write this song from the perspective of two incredibly complicated people who are dealing with loss and anxiety and depression,” Antonoff explains. “You have these crazy fights, and after you go all the way to the bottom, everything is so clear.” 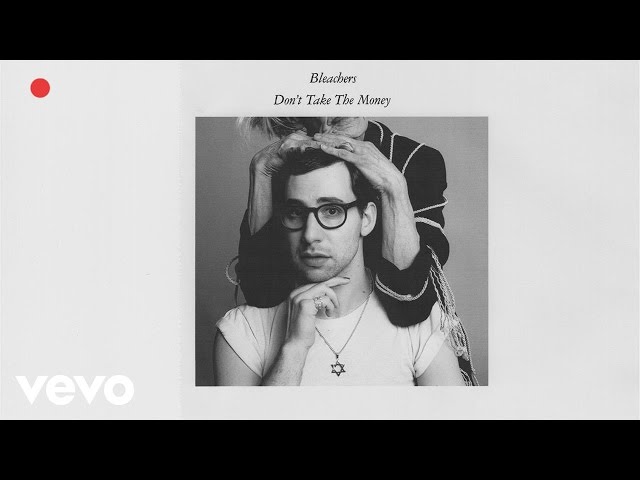 As a recording artist and producer, he’s working in Los Angeles often enough that he has a house there now, working on “a bunch of other stuff I’m not supposed to talk about.” He hasn’t suffered any of the disorientation of many East Coast expats in L.A., but it isn’t home, and he regularly feels the pull back to New Jersey and the Brooklyn apartment he shares with girlfriend Lena Dunham. As a working musician since age 15, Antonoff has spent a lot of his life in hotels. Today he’s having breakfast poolside at a slender Art Deco tower on the Sunset Strip. It’s a favourite L.A. hotel for the songwriter and bandleader, who has sometimes felt like a grownup Eloise, wandering the lobby, his face adorned with a 1 a.m. shadow.

Antonoff looks up from his blueberries and spots on old friend: “Andrew! Holy shit!”

Standing there in the morning sunlight is Andrew Dost, multi-instrumentalist and Antonoff’s fun. bandmate, just emerged from the hotel gym. Dost happens to be staying at the hotel. “I’m having a birthday,” Antonoff tells him. “Can you save Friday night? My parents are coming. We’re all going to do something.”

The unexpected reunion is a warm moment between friends, who now see each other every month or so. But fun., the platinum-selling act best known for the Number One hit “We Are Young” remains on open-ended hiatus. For Antonoff, the reason is simple: At the moment, he feels most passionate about his Bleachers work.

“You have to do stuff you’re inspired to do. And your body will tell you – unless you’re obsessed with money and metrics,” says Antonoff. “People spend money to see the show, but the emotional investment to see a show is hardcore shit. You’ve got to give them the stuff you’re really in touch with.”

He began recording the second Bleachers album in L.A., but his plans changed after a visit to Atlanta to work with the hip-hop production trio Organized Noize almost two years ago. What he found there was atmosphere unique to the city famous for the Dirty South sound.

“It was a real epiphany where, they’re so Atlanta: Oh, this is it, this is it,” he recalls. “A lot of my favourite work comes from somewhere. There’s a landscape to it. Outkast sounds like Atlanta. Springsteen sounds like New Jersey. U2 sounds like Ireland. Kanye and Chance sound like Chicago.”

At that moment, he realised the Bleachers follow-up had to be recorded back in Brooklyn. Antonoff built a home studio, listening back to his works-in-progress on the same speakers he’d used for years to hear his favourite albums. “I got into this concept where you make records where you hear records,” he says. “I have this push and pull of future and past. So I just wanted to be around my shit. I wanted to sound like me.”

On the still-untitled album, he says, the lyrics again reach back to memories of the 9/11 terrorist attacks and the death of his sister from cancer soon after, a period he calls his “loss of innocence moment.” He was 18.

“That loss is a filter that goes through your whole life,” says Antonoff, now 32. “It’s not about not moving on. It changes you. It changes your relationships, it changes how you see yourself, the way you see your work. I really wanted to be in all that as I made this album.”

He points to the 1970 example of “Our House” by Crosby, Stills and Nash and the line: “Life used to be so hard/Now everything is easy ’cause of you.'”

“It’s a brilliant love song, but it’s about how it’s all so fucking hard,” Antonoff says. “All of my writing, especially on this album, is about: ‘Why is it so hard for me living?’ And how can I stay in touch with that in all the seasons of my life and talk about it?”

Accompanying the new album’s 12 songs, he says, is a recurring “reprise of me saying goodbye to everything in my life that keeps popping up throughout the album.” The upcoming video for “Don’t Take the Money,” he says, will likely be the first in a series from the album where he will die on camera. “I’m starting to imagine myself dying more and more.”