Of all the artists to have had an influence on Iron Maiden’s new album, The Book of Souls, babyfacaed British crooner Jamie Cullum would, you’d imagine, rank low on the list. And yet in some small way, his imprint can be felt on the record’s centrepiece, “Empire of the Clouds”, which at 18 minutes and one second is the longest song ever to grace an Iron Maiden LP. Composed solely on piano – another first for the British metallers – by vocalist Bruce Dickinson, the singer started tinkling the ivories after winning a piano at a charity bash. “I went along with a couple of mates and my wife and got a freebie dinner, it was one of these charity auction things, and I thought, ‘Freebie dinner here, I really should buy something’,” he explains, nibbling on a bun and sipping a cup of tea at the London offices of the band’s record label. “There was a whole lot of stuff in this silent auction that I wasn’t interested in, like facials – there’ll be some people who think that means something else – but there was an electric Yamaha piano and I thought, ‘OK, go on then.'” He lets out a loud cackle. “And it was signed by Jamie Cullum! So I bid on it and I won the damn thing.”

Said keyboard sat in a box for six months, until one day Dickinson decided “to muck around” with it. Slowly but surely the bare bones of “Empire of the Clouds” started to come together; the process gathered steam when Dickinson spied a Steinway grand piano in Paris’s Guillaume Tell Studios, where the group convened late last European summer to start recording the album, their 16th studio effort. “We’d normally work until about 6 or 7 o’clock, and the piano was just off the main studio, so I’d wait until the band disappeared off down the pub and I’d spend a couple of hours every night doing my finest Ludwig Van, trying to figure out how it works,” recalls Dickinson. “Most of the parts for the song were written for Irish fiddles or French horns or cellos, but I knew it was going to get played by guitars, and as soon as it gets played by guitars it instantly gets Maidenised.”

Not only is the song the longest in the band’s catalogue, but the 11 tracks that comprise The Book of Souls combine to make the longest album of their 40-year career, weighing in at 92 minutes – ostensibly, a double album, the band’s first. “We got about six songs in and went, well, we’re either going to stop now or it’s going to be a double album, and off we went.” 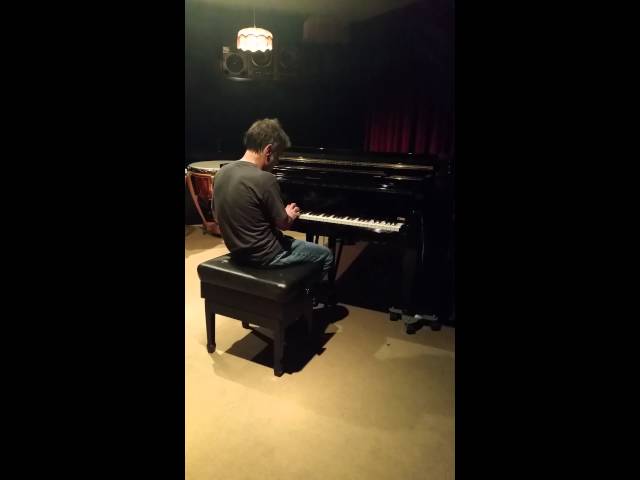 The Book of Souls continues a hugely productive period for the band – since 1999, when they reunited with Dickinson (who left in 1993) and guitarist Adrian Smith (who exited in 1990), the sextet have released five studio albums, each more progressive in song composition than the one before. They’ve also issued myriad compilation and live albums, as well as embarking on lengthy world tours; the 2010-2011 run of dates in support of 2010’s Grammy-winning The Final Frontier saw them play in front of two million fans in 36 countries. (Dickinson, a qualified commercial pilot, flew the band, crew and stage set between dates on their own modified Boeing 757, ‘Ed Force One’.) It was during a 2014 tour that bassist Steve Harris shared with Dickinson his conceptual ideas for The Book Of Souls, the title-track of which is inspired by Mayan beliefs that the soul lives on. Coincidentally, Dickinson had for some time been working on a solo album based around the concept of a machine that steals people’s souls. Harris heard its opening track, “If Eternity Should Fail”, which Dickinson had demo’d with his solo producer Roy Z, and immediately declared it the perfect opener for Maiden’s new record. “The spoken word at the end of the track is actually the beginning of the storyline [for the solo album], and introduces one of the characters, Doctor Necropolis,” explains Dickinson. “And I said to Steve, ‘Does it matter that there’s this spoken word and then nothing else happens for the rest of the album?’ And he goes, ‘It doesn’t matter, it’s talking about souls, it sounds great.’

“I’m at great pains to stress [the new record] isn’t a concept album,” adds Dickinson. “I suppose if you wanted to have a look you’d probably find the word soul in a lot of songs. But that’s as far as it goes.”

As the recording entered its final few weeks, Dickinson felt a lump on his neck; “a lymph node that was elevated and had stayed that way for a while”. It wasn’t affecting his singing, but there were, he says, a few things that were feeling a little strange, so he did some investigating on Doctor Google and attempted to self diagnose. “I Googled all my bits and bobs and I actually got it dead right, I actually diagnosed myself right down to the tumour it was,” he says. “And I immediately went, disregard that, because you’re probably being a hypochondriac. But on the other hand, there was another bit of me that went, well, why don’t you go and get it checked out? And the reason I didn’t was because I didn’t want to know until I finished the album.”

By early December Dickinson had completed his vocals, and a GP was summoned to the studio. He informed the singer he needed a CT scan on his chest, a biopsy of the lump and a head and neck MRI as soon as possible. Within 10 days Dickinson had the results. “I was sitting in front of a radio oncologist who said, ‘We’re going to give you chemo for nine weeks and 33 sessions of radiation and we’re going to get rid of it for you.’ And I went, ‘I do hope that’s true.’ And that started on the 5th of January, and I was done by the beginning of March effectively.

“I put the life reassessment stuff on hold until I figured out whether I was going to die or not,” he adds with a chuckle. “I felt sorry for myself for a couple of days, and then I thought, ‘No, grow up, it’s not a case of why me, it should be a case of why not? It’s not personal, it’s just happened, so just crack on and get rid of it. Embrace the treatment, the discomfort, all that stuff.'”

The singer has been given a clean bill of health – “Physically I’m bouncing around” – but all touring plans were shelved until next year to give him sufficient time to recover. The 57-year-old has started “a little bit of a roadtest of singing”, and is just waiting for “the cells that make useful things like mucus and saliva and things that lubricate all the throat area, which makes singing much easier, to regrow, which they will. Effectively,” he says, “I’m waiting for the sprinkler system to get reinstalled.”

By the time that occurs the band’s legion of fans will have had an opportunity to digest The Book Of Souls. Despite their legendary devotion to the British outfit, Dickinson isn’t taking anything for granted. “There’s a fine line between being spectacularly successful and being spectacularly self-indulgent, and I hope we’ve fallen on the right side of that line. Because while we’ve got fans who will tolerate our indulgences, that’s not the intention. We want people to embrace the album and really hear it for what it is, which I think is one of the finest things we’ve done in many years, if not ever.”