Following up his top-20 ARIA hit, “Keeping Score,” and new single “Next to You” — released earlier this month and already quickly closing in on a million Spotify streams — Drew Carmody, better known as LDRU, has his biggest national headline tour yet, kicking off this week. We caught up with the Sydney-based electronic artist to talk about how an injury led to his dream career, playing intimate shows, and what’s planned next on his wild ride.

So how and when did you start making music?
I used to be a carpenter before I started making music. I fell off a ladder at work and had about a year and a half of just sitting at home, couldn’t really do much. I started writing music in that period of time that I had off work. And when I went back to work, I was only back for probably 3 to 4 months. I thought I’d give music a crack and see where it took me, and now I’m here.

Did you have any musical experience prior to the accident?
No, not really. I played a little bit of guitar and piano. Definitely not musically trained or anything like that, everything’s self-taught.

Was it just having a lot of time sitting at home that made you just want to try something? And why music?
I’ve always loved music, all genres, every type. I started DJ’ing when I was about 15/16. Started sneaking into nightclubs. The promoters said, if you can get yourself in, you can come and DJ, which is pretty cool. I always loved the electronic music side of things. I suppose that year and a half off made me realise if I wanted to make a name for myself, I had to start producing my own music.

You’ve been asked by some pretty big artists—Flume, Broods, Lorde, etc.— to do remixes of their songs. How did they find out about your music and you?
With Flume, he’s a North Beaches boy, as myself, so we’ve kind of just known each other through music and living in the same area, which is very cool. We started on the same record label probably two years ago. I got introduced to Future Classic and I was with them for a little while and that’s kind of how that remix came about.

And it was the same thing with Lorde, it must have been through Future Classic who sorted all that stuff out because I actually found Lorde’s stuff on SoundCloud before it blew up. I just asked if I could remix her song because I really loved her vocals. And then sure enough, within the next two weeks, I got the stems and released the track. Now it’s had a few million plays, which is awesome.

What are you most looking forward to with your national tour coming up in a few days?
Definitely being onstage with Page Four and Savoy, playing my new singles live and hopefully getting a great response from the crowd!

And who else do you have playing with you?
We have Manila Killa, our main support for the whole tour. And we’ve got Barney Cool DJ’s as well. And then we’ve got a bunch of local acts in each city.

How are you feeling about your supporters?
Yeah, awesome! They’re great. I’ve got TIME PILOT in Perth. In Melbourne, we’ve got Dugon Jr., in Adelaide, Tigerilla. So a nice variety of up and coming DJs which is cool.

So after that tour, you’re playing Splendour in the Grass. What’re your thoughts on that? And how does playing a big festival show compare to your own headliners for you?
For me, obviously my own shows are a bit more intimate. My fans know who I am and what I do. I really do love those shows — the small, sweaty rooms where everyone’s going nuts and stuff like that. But also, I love playing the big festival shows. We played there last year… and I think I’ve got the same time slot this year, closing the Tiny Dancer stage on Saturday night. Hopefully should have 8 to 10 thousand people there, all going nuts and having a great time.

Are you looking forward to any particular artist at the festival?
The Avalanches, for sure. They’re going to be awesome.

You describe your sound as ‘trapical,’ what are some influences on that sound?
I love that line. Definitely Flume, Peking Duk, GRiZ. At the moment though, I’ve kind of been influenced by the 07-08 electro, like Fake Blood, Justice, Boys Noize, all that’s kind of coming back on me now. Might hear a bit more of that stuff in my newer singles. 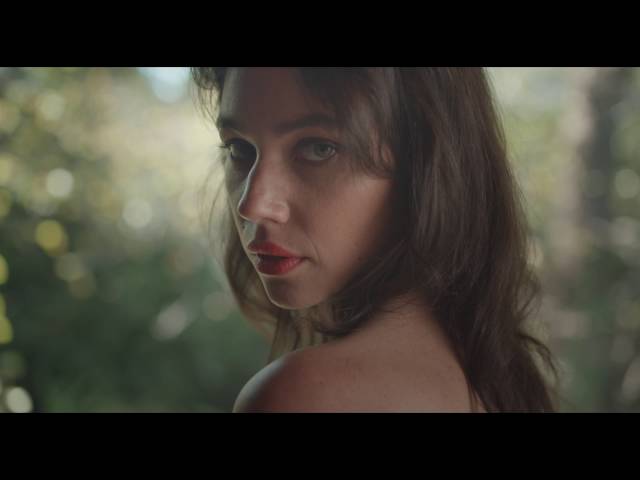 Earlier this month, you released the ‘Next to You’ video, working with Entropico. Where did the idea for that video come from?
[laughing] It’s funny, we actually had a completely different video before that video. And it was just a bit all over the place, nothing really made sense, so we decided to go with having a banana man at a 70s themed pool party. Yeah it was about him having a good time and he ended up getting his head cut off at the end, which I was very surprised about as well. But for the record, I did want the banana man to win, we just ran out of time.

What’s been kind of the biggest moment for you so far, since the start of your career?
I think for me it’s signing all these deals with Sony and BMG, and playing all these big festivals. Everything just feels like it’s coming into place. I feel like all this hard work I’ve been doing for the last few years is finally paying off.

What’s next for you as far as after the tour kind of dies down and you play Splendour?
After Splendour, I go to Europe for a month. Got a gig in Marseilles in France, which will be cool. Doing a bunch of writing over there with a few BMG artists. Then probably go over to L.A. for another month, and just keep writing with some amazing people over there.