In 1993, New Zealand quartet Shihad gathered in York Street Studio with producer and Killing Joke founder Jaz Coleman to record their debut album, Churn. For years it was regarded as their most intense, unrelenting piece of work – until, that is, two weeks ago, when they released their ninth album, FVEY (an abbreviation for Five Eyes, an intelligence alliance between Canada, Australia, New Zealand, the UK and America through which its member nations have spied on each other’s citizens). Working with Coleman for the first time since Churn, the album takes lyrical aim at injustice and inequality with a fury matched by the aggression and intensity of its music. Debuting at Number One in New Zealand, last week it debuted at Number Nine in Australia. Frontman Jon Toogood discusses why now was the right time for FVEY.

Did the idea to make an album as politically conscious as FVEY come before Jaz Coleman’s involvement, or was Jaz implicit in guiding the direction of the album?
I already knew I wanted to deal with injustice. I wanted to deal with the divide between rich and poor. I wanted to talk about free market capitalism when it’s unrestrained, when some people have the inside information and some people don’t. I know I’m not a fucking politician, I’m a rock musician, but that doesn’t mean I can’t say “You’re lying to me and fuck you.” Everything I’m talking about is already being talked about, it’s just that I’ve got an outlet, which happens to be this rock & roll band with a funny name.

What made you want to address these issues?
Because I worry about the future for my kids, and for everyone really. I was also brought up in a basic working class family where when someone fell down, you helped them up. You don’t kick them and go, “You’re just down because you’re a loser.” You don’t victimise those who have less than you, which seems to be the modern aspiration of our right wing government. This was a perfect soundtrack for that. Jaz would give me the courage to say these things that I believed, then he’d push me even further. Everyone knows that the elitist politicians are being bought off by people with a lot more money than your average person. And I pretty much know a lot of average people and I’m cool with that. It’s just not right.

Is there anything specific that made now the time to do this?
Well, there’s the right wing government in New Zealand. Obviously they’ve done a few good things like make it legal for gay people to marry. But at the same time they’re totally right wing free market capitalists who will look after buddies who they went to school with and do all these things that actually keep people poor and in poverty while they’re looking after their rich mates. They’re preying on the fact that most people don’t give a fuck about politics, which is fair enough because it’s pretty awful to look at. It’s not long before you want to vomit in your own mouth. But it does have a direct effect on people’s daily lives, so people do need to be thinking about this shit. 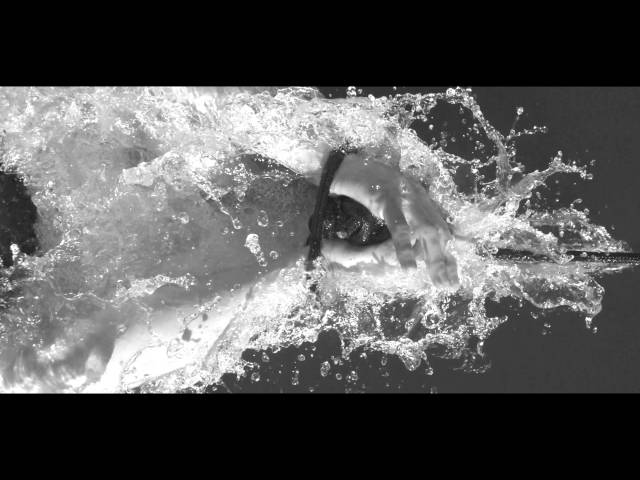 When you worked with Jaz on Churn, you guys were making your first album. Twenty-one years on, you’re seasoned vets, on to your ninth. How different was it working with Jaz this time around?
He’s more driven now than when I first met him. He’s a beast. He worked our arses off – not one day off in two months. And every day we would make two songs. He was a taskmaster. If you want to say something important, it’s got to be awesome. Right at the beginning he said, “Forget the fucking radio. Forget the industry. We’re not even making you an album. We’re making you a setlist that will destroy every other band that tries to stand on stage with you.” We can all make albums in our rooms now, but there’s something that’s invaluable about getting four musicians who can actually play at the same time without having to cut it up. The little imperfections are what make the rock & roll bands so cool. He drilled us. And if anyone messed up it was like, “What the fuck are you doing?!” He’d scream in your face and you’d be freaking out. So everyone was really on it, but in the right way. No one wanted to bring anyone else down by messing shit up. But he was screaming, making people’s ears bleed.

Of all Shihad’s albums, which stand out as your favourites?
Churn, Killjoy and The General Electric without a doubt. There are moments on every one of the records that I’m proud of, like songs, but those three as albums are the ones that I’m proud of. But FVEY is not one of the records where you go, “I think it’s good” – because some of those records we’ve made you’re going, “I’m pretty sure it’s good”, or “I think it’s good.” Well, that’s not good enough. This was one of those albums where you go, “I can’t wait for people to hear it.” It’s exactly as I wanted it to sound, and if people like or do not like it, it doesn’t actually matter to me in the end, because I know it’s good.

You’re 42 now – how does age affect how you approach your career?
It’s a period of my life where I feel very focused – I don’t drink, I don’t smoke, I don’t do drugs and I haven’t for three years. I am very present of mind. I’m very determined. I’m probably working harder than I ever have. Outside of Shihad, I’m mentoring music students in schools in New Zealand. I’m doing a show called Brel: The Words and Music of Jacques Brel, which is a fantastic thing for me. That informed the lyrics [on FVEY] as well, cos that man was angry in a way only a man who loved life could be. That reminded me – that’s right, I love life. I used to feel, what have I got to be angry about? Well, there’s plenty to be pissed off about. You want the world to be a good place for everybody and you want there to be justice in the world. So there’s plenty to jump and shout about. It’s nice to be straight and be doing this, making heavy music. It’s demanding, this music, it’s really physical, and I mean it. So I want to have my wits about me when I’m doing it. That’s how I approach everything at the moment. Lately I’m up for doing anything as long as it helps.

Has that focus changed what the band means to you now?
I’m so lucky to be with three musicians who are like-minded and would want to go out there and say this thing with me, who totally believe it. They’re all world class, and we play well together. It’s just a really great way to say what we need to say. It’s an awesome beast to ride.