Sydney indie-pop sensations DMA’S are recording their second album above a pub, but that doesn’t mean they aren’t taking it seriously. Guitarist Johnny Took reckons he’s abstaining from drinking, although so far that’s only lasted a bit more than a week.

“I’m trying to keep my head clear for the recording,” Took tells Rolling Stone during some downtime at The Lady Hampshire Hotel in the Sydney inner-west suburb of Camperdown, where the band has a neat little studio set up on the first floor. “I guess recording above a pub is like giving up smoking and still carrying a pack of cigarettes around with you.

Far be it for us to start bandying the “m” word around, but even Took says this second DMA’S album, the follow-up to last year’s smash Hills End, is sounding more mature.

“I feel like I’m going through a change; a good one,” he adds.

Working with producer Kim Moyes from The Presets, the band is currently putting the finishing touches on the first two tracks, tentatively titled “In The Air” and “Dawning”. The rest of the songs will be tracked in much the same fashion over the coming months, with just a few trips to the UK and Europe jammed in.

Rolling Stone sat down over lemonades with Took and fellow guitarist Matt Mason (vocalist Tommy O’Dell was at a wedding in Morocco) to get an insight into their process. 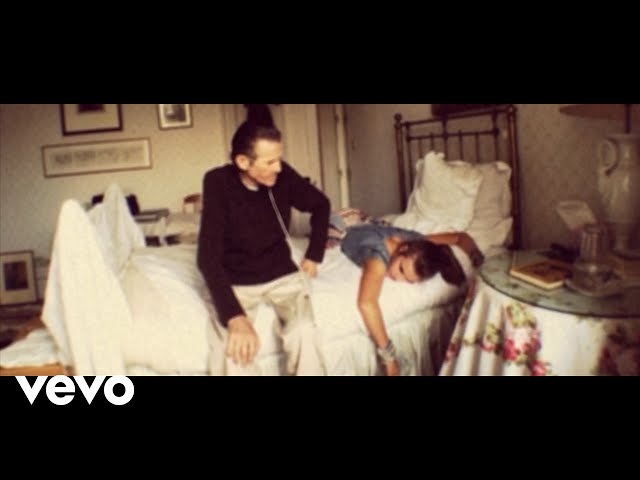 You recorded the previous album in Coogee in summer. Now it’s winter…
Took: Fully. I didn’t even think of that. It’s kinda nice to record in a different season. You know what; it’s already sounding a bit more wintery.

Also, you were in sunny Coogee back then, now you’re in a pub on Parramatta Road, a soulless smog corridor.
Took: Getting back to the Inner West. We did most of the recording for Hills End in Coogee and then we finished it off in my apartment at Newtown.

Do you still live in the same place?
Took: I got evicted from there. We got noise complaints when Tommy was recording the drum take for “Blown Away”. There was this bastard hairdresser on the ground floor. He was all right, but he was just real bitter and he would complain about anything. He would call and complain 30 seconds into a drum take and so some of the drums, we had to loop them.

How did you get this room above The Lady Hampshire?
Took: A mate of ours, Paddy Coughlan, he’s known Tommy and I since we first started playing gigs at The Annandale in our old band Underlights. We always got along and when he bought this pub he had this idea of having a bit of an arts community upstairs. There’s a bunch of us working up there, musicians and artists. It’s just a good vibe.

What recording did you do at The Grove in Somersby?
Took: Our drummer Liam [Hoskins] recorded the drums for these first two tracks at The Grove. It’s given us a really solid sound to build off.

Mason: Yeah, we have a drum kit here but we tried to record it and it just fell a bit short.

Took: You can get a really good close-mic’d drum sound in here but we needed something more.

Mason: We’d never recorded drums with a producer before. This is the first time we’ve seriously gone into a proper studio with drum technicians and assistant engineers and a producer telling everyone what to do. It’s cool having drums that sound, like, really big. And we recorded to tape, too. It’s heaps different than what we’ve been working with before.

Took: Not even necessarily big, but just recorded well, so that they sound like you want them to sound. “In The Air” has got sort of an “Imagine” feel, where the drums are not necessarily huge but just warm and rounded.

And working with Kim from The Presets — forgive me, but I’m smelling Happy Mondays vibes or something?
Mason: Originally Kim was just going to help us record drums…

Took: …then he heard the demos and got into them and two weeks later he was like, “These songs have really grown on me and I think I want to do more with them.” Which was kinda nice to hear from someone who doesn’t need to like it.

Mason: He doesn’t really do guitars, but he’s just easy to work with. We record guitars ourselves and we do vocals and drums with him. And we’re actually going to have a couple of songs on the record that are electronic music with no guitars at all, and I think he’s going to help a lot with that.

Took: The vibe at the moment, I think, is that there will be less guitars on some tracks but the guitars are going to be gnarlier, like more fuzzed-out distortion. So kinda less guitars but noisier ones, in some regards. One thing we are conscious of is not putting guitars on just for the sake of it. It was a few years ago now that we recorded Hills End, and, as you do when you’re a young recording artist, you just want to lay on 15 or 20 guitar tracks. That’s something we don’t want to do now. We only want something to be on the session if it’s got a purpose.

Nice. I’ve witnessed producers steering bands towards filling alleged “holes” in the sound, which sometimes doesn’t allow tunes to breathe.
Took: Mason in particular hates that shit. We were talking about this a couple of days ago because there’s a repeat bit in “In The Air” where nothing kind of happens for a few bars, just chords. And he’s like, “Man, think of some of your favourite tunes; that space is like a breath of fresh air, it doesn’t need anything else there.” I think it’s a sign of maturity when you’re recording music and you don’t fill a space for the sake of it, you do what the song needs.

How many songs do you have in the mix for this album?
Mason: About 20 to pick from.

Took: It was at 37 for a bit, and that’s just new songs. We’ve cut it down to about 20 now and we’ve picked the main ones that we want to record but we haven’t locked the rest in yet. Because, y’know, we still have time to write more. Mason’s got this new one he’s been working on that I feel could be one of our best.

Tell us about some of the standouts.
Mason: The songs we’ve just recorded are “In The Air” and “Dawning”. I think the reason we recorded them first is because our label wants to release them first, we still don’t know.

Took: Another potential single is “Hills End (Reprise)”, which is the oldest song in this batch. We’ve had it in the bag for a while now.

Mason: There’s another really old song called “Tape Deck” that I like. That’s super old. It was written almost 10 years ago. I wrote the main hook before I even met Johnny and Tommy.

Took: “Warsaw” is another one; that’s got an old-school summery vibe. A lot of the songs don’t have proper titles yet, just working titles, so we called that one “Warsaw” because Tommy lived in Warsaw for like a year and a half when he was 19. So it’s a bit sentimental.

Which are the songs that are not likely to have guitars on them?
Mason: A song called “The End”. It probably will end up having a couple of guitar tracks on it but that certainly won’t be a main feature of the song.

Took: And “Time And Money” as well.

Mason: Yeah, “Time And Money” is very synthesizer heavy. There’s another one, which doesn’t really have a name, but that’s pretty electronic, too.

Took: The working title is “Don’t Want To Get Lost”.

How much time do you have to get it all done?
Mason: I think we need to finish by October or something. But these two tracks were due three weeks ago and we keep pushing back the deadline.

Took: We will be touring a fair bit, too. It’s not exactly ideal, flying to Europe and back three times while trying to record the album, but you gotta do what you gotta do. Crazier things have been done. In some ways it would be nice to just have all this time to purely focus on recording, but that’s not the way the cookie crumbles.

This article is extended from a feature in issue #790, available now.