Grant Hart changed the emotional vocabulary of punk rock. As the long-haired barefoot drummer of Hüsker Dü, he was the cheeriest-looking guy anyone had seen in a hardcore band, and despite all the turmoil he brought to their songs, he also brought his skewed pop smile. His songs ran the spectrum – the rage of “It’s Not Funny Anymore,” the affection of “The Girl Who Lives on Heaven Hill,” the grief of “Pink Turns to Blue.” Hüsker Dü’s emotional realness made them a life-changing band for so many of us, and that’s why Hart, who died last night in Minneapolis at 56, was a life-changing presence.

Check the glorious racket of his finest Hüsker Dü song, “Books About UFOs,” from their 1985 classic New Day Rising: a demented Brian Wilson–style melody, drenched in Bob Mould’s guitar feedback. Hart bangs on a piano and yelps about a stargazing girl who hangs at the library, “checking out the latest books about outer space.” She sits on her roof, reading and eating oranges. There’s an utterly unironic “wooooo!” into the guitar solo, before Hart crows the breathless final lines: “Her life revolves around all of the planets! And she is constantly aware of all the changes that occur! I’m going to turn into a lens and focus all my attention and I’m finding a new planet and naming it … right after herrrr!” 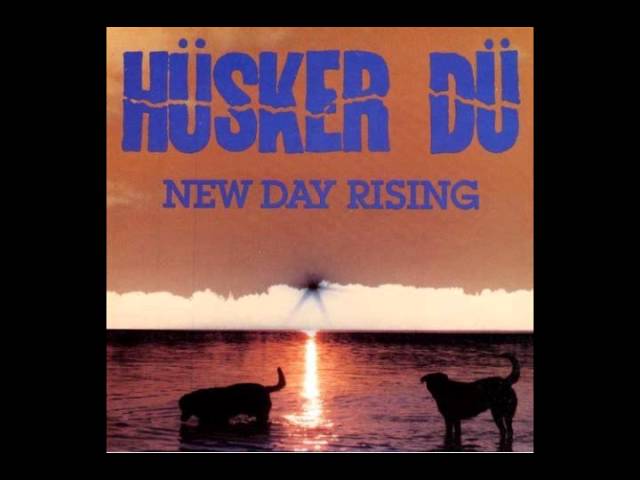 There weren’t a lot of girls like this in hardcore songs – but there was only one Grant Hart, and in his songs, he turned himself into a lens and noticed things nobody else did. When you saw Hüsker Dü live in the Eighties, you saw three earnest young men – Hart, Mould, bassist Greg Norton – burn through their songs, as Mould and Hart traded off lead vocals without a pause in between. Mould was all wary scowl and no-bullshit guitar fuzz; Hart was one big flippant grin. You could get mesmerised by Hart’s manic drumming, a blur of hair and elbows, and the audibly giddy slobber of his voice. (He was a singer who’d always say it and spray it.) A Cleveland show I’ll never forget from early 1987 had all three wigging out on “What’s Going On,” stretching it into a psychedelic jam as Hart screamed the chorus: “What’s going on? What’s going on? What’s going on inside my head?” Whatever it was, you could feel it entering your skull too.

Hart played the yin to Bob Mould’s yang, as they faced off in the classic Lennon/McCartney mode of a snarling realist vs. a what-me-worry romantic. A combination built to explode, which might be why the Hüskers didn’t last long, but the Twin Cities trio released a flurry of brilliant albums through the Eighties, before their crash-and-burn in 1987. Mould and Hart seemed to answer each other’s voices in a point/counterpoint style, as if they were opposite halves of the same burning heart. With his long hair, Hart even looked like the Snoopy to Mould’s Charlie Brown. “Maybe the tension of the band, the challenging of one from the other,” Hart told the The AV Club in 2000. “You hear some live bootlegs, and Bob and I are working so hard to outshine each other that it just lifts the whole thing off the ground with peace and wonderfulness.”

At the time, Hüsker Dü fans (even ardent ones) had no idea about drug issues in the band, or that both the singer-songwriters were gay. As my old grad-school pal Mason Stokes used to lament in the early 1990s, “High school would have been so different if I’d known Hüsker Dü were gay and Depeche Mode weren’t.” But from the beginning, they aimed higher than other bands – on Everything Falls Apart, their first real studio album, Hart broke with punk orthodoxy by singing Donovan’s “Sunshine Superman.” The Hüskers stretched into taboo Sixties turf with astounding feedback desecrations of the Byrds’ “Eight Miles High” and the Beatles’ “Ticket to Ride.” Their 1983 Metal Circus had not one but two explicit anti-rape songs (Hart’s “Diane” and Mould’s “Real World”), not a topic that other male bands addressed at the time.

As the Hüskers continued to evolve beyond the confines of hardcore, Hart symbolised the change by growing out his hair, which looked as weirdly shocking as Norton’s waxed moustache. What were these guys, flower children or something? (Hart’s hair even inspired a putdown from the Dead Milkmen, “The Thing That Only Eats Hippies”: “It’s got a sweet tooth for long hair/So Bob and Greg and Grant you should beware.”) As Hart recalled, “My hair got long again. All of a sudden, all these great, liberated people were ‘not digging it’ … I was kind of delighted surfing on that iconoclasm. Originally, it became apparent to me that there was more rebellion in bringing the music back into … the first term that comes to mind is ‘a thing of beauty.'”

Hüsker Dü made a memorable appearance in Michael Goldberg’s epochal Rolling Stone “Punk Lives” story in the summer of 1985, showcasing bands like Black Flag, the Replacements and the Minutemen (at their most eloquent), at a time when these bands had zero media exposure. Hart wrote their poppiest songs – “Don’t Want to Know If You Are Lonely,” “She’s a Woman (and Now He Is a Man),” “No Promise Have I Made,” “Keep Hanging On” – while adding his distinctive back-up vocals to Mould anthems like “Makes No Sense at All.” Yet he also spat out the acoustic kiss-off “Never Talking to You Again,” prescient of the social-media era: “I’d put you down where you belong/But I’m never talking to you again/I’d show you everywhere you’re wrong / But I’m never talking to you again.” He wrote the loudest punk song about sledding in the snow – “Flexible Flyer” – as well as the catchiest pop ditty about a drug-riddled corpse, “Pink Turns to Blue.” One of his greatest is “The Girl Who Lives on Heaven Hill,” a noisy tale of yearning for a woman in a distant cabin, with just a mattress on the floor and a bottle on her mantle: “A worn-out smile that she’ll wear some more/And a worn-out welcome mat by the door.” 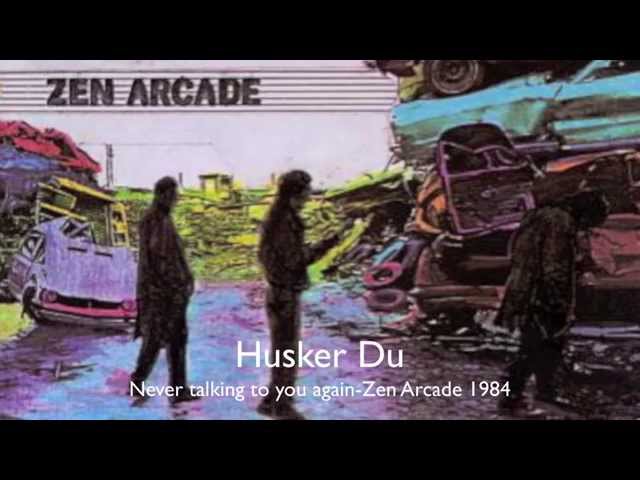 The Hüskers crunched out stunning music at a breakneck pace – Zen Arcade, Flip Your Wig, Candy Apple Grey – but crashed at the end of 1987, after a failed experiment with a major label. Their collapse was widely blamed on Hart’s drug problems. As Hart told Spin in late 1988, a year after the split, “I wasn’t able to quit smack until I quit Hüsker Dü.” His solo years included his band Nova Mob as well as an excellent 1999 album under his own name, Good News for Modern Man.

Yet his best-loved (and best) solo statement was “2541,” a ballad from 1989. Hart chronicles the gritty details of moving apartments after a breakup – picking up the keys, putting the names on the mailbox, hoping this time will be different. The end is devastating in a casually quotidian way: “I’d say the situation’s reversed/And it’s probably not the last time I’ll have to be out by the first.” It’s a song that sums up everything that made Grant Hart one of a kind – and a song that sums up why he is mourned and celebrated today. Rest in peace, Grant Hart.