Slayer guitarist Kerry King was in an unusually bad mood when he wrote the band’s crushing new single, “When the Stillness Comes.” “We were touring Europe and we had a three-hour ride in some fucking minivan, and I’m just miserable in the backseat, not into anything,” he says of the song, which is streaming below. “So I just stated jotting down hateful thoughts. It’s about a dude who wakes up at a crime scene and realizes he’s killed everybody. It’s really cool.”

The track, which begins with an eerie guitar line before evolving into a full-on doomy (and classic Slayer) riff onslaught, will be coming out this weekend on a picture-disc seven-inch for Record Store Day. It’s one of 12 new songs that will appear on the thrash-metal titans’ upcoming new record, their first since 2009’s World Painted Blood. The LP, produced by Terry Date (Pantera, White Zombie), will also be the band’s first album since the death of founding guitarist Jeff Hanneman in 2013 and the departure of drummer Dave Lombardo that same year. It’s tentatively due out this August, and King – who is dressed in black and seated at the table of Rolling Stone’s conference room, his long brown beard creeping below its surface – says he’s not nervous about releasing it. 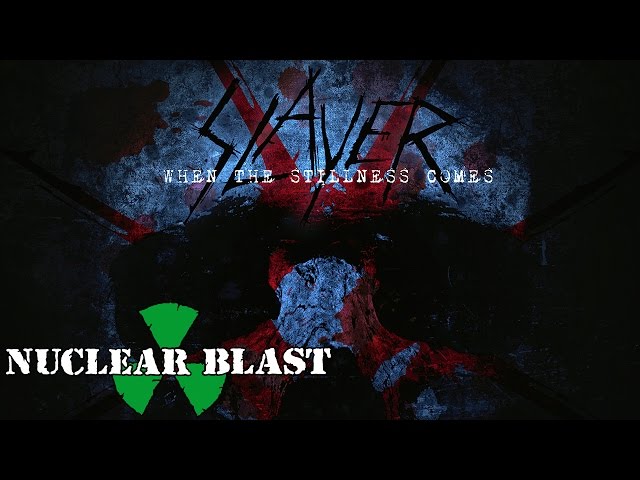 “I know there’s gonna be naysayers,” he says coolly, occasionally sipping from a red Solo cup he brought with him. “I know there’s gonna be people expecting us to fail, because so many things changed in the last six years. I’m prepared for that ’cause I know humans are just retards when they get on the Internet. But I know we put a good product together. I’m proud of it.”

The way King sees it, there are two types of Slayer songs: heavy and thrash. “The spooky ones fall into heavy, but there’s not a lot of gray area,” he says. The upcoming record – which has a title, but the guitarist is keeping that secret for now – is evenly split between those styles but leans a little more toward the heavy side of things, “but there’s still plenty of speed,” he adds.

Fans will already know a couple of the record’s tracks. Slayer released the driving thrasher “Implode” as a surprise free download last year, and the galloping “Atrocity Vendor” previously came out as the B Side to the “World Painted Blood” seven-inch – but both will sound different. “Implode” was originally intended for an unreleased 2012 EP, and when they finally issues the song, returning drummer Paul Bostaph – who previously played with the group throughout most of the Nineties and on 2001’s God Hates Us All – recorded long to an existing track, so they recut it from scratch for the new album. Slayer rewrote parts of “Atrocity Vendor,” giving it updated lyrics and a longer solo. 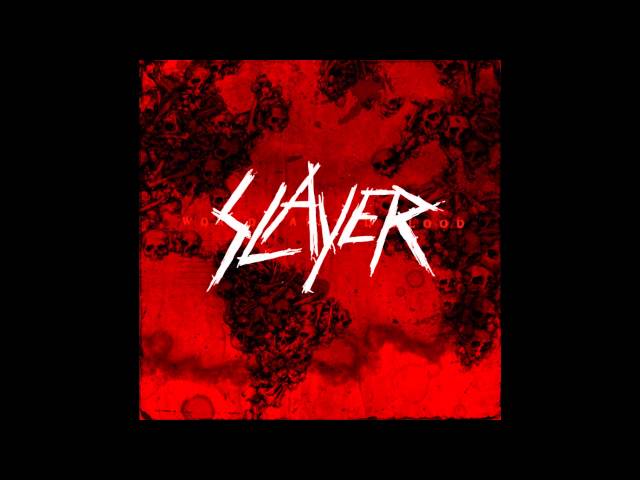 They also re-recorded “When the Stillness Comes,” which had appeared in an ad for Scion as an instrumental after the car manufacturer called the vocals “too dark.” “I don’t know what they thought they were gonna get,” King says with a laugh.

The rest of the record contains tracks with titles like “Take Control,” “You Against You” (which King describes as “very punky”) and “Chasing Death.” King says one song, “Cast the First Stone,” was inspired by walking around Athens and thinking about all the historic combat that took place there. “It’s just about battle, not a particular battle,” he says. “You cast the first stone, I’m gonna win.” The guitarist also mentions a tune he helped vocalist-bassist Tom Araya write, which King has been calling “Pride.” And then there’s one he refers to as “Vices.”

“‘Vices’ is one of my favorite heavier ones,” King offers. “I can’t wait to play that one live; it’s gonna be off the charts. It’s got a line – I’m not even gonna tell anybody . . . you’re gonna love it.”

King began writing songs for the album when he found out that Hanneman had come down with the flesh-eating bacteria, necrotizing fasciitis, in 2011, and subsequently had to take a break from the band. “We anticipated he’d maybe be working on some stuff with us, but we didn’t know that for sure, so I just started working on stuff,” King says. “Whether I had worked on half a Slayer record and had eight songs for something else I could do with my friends, so be it. It turns out, Jeff passed, so all the stuff I had been working on instantly became Slayer songs.”

(Incidentally, King says he’s batted around the idea of a solo project but demurred. “There’s plenty of people that I considered doing it with . . . but I have to have Slayer covered before I consider anything like that,” he says.)

Overall, the writing sessions for the record were fruitful and the band has skeletons for six more tunes – featuring music but no vocals – that are up to snuff. “In my opinion, that’s six for the next record already in the bag,” he says.

Only one song on the album contains music that Hanneman wrote – “Piano Wire” – though he did not record on it, as it was an unfinished idea from World Painted Blood and King has recorded all of Slayer’s rhythm-guitar tracks since the early Nineties. “When I hear it, I think ‘Jeff,'” King says. “It sounds like something Jeff wrote, because I would never have written that.”

The guitarist says that he has another Hanneman composition that dates back about 20 years that he always liked that could appear on the band’s next record. “That’s about it,” King says. “There’s things we didn’t use from the early, early days that, you know, could be resurrected in the right scenario, but we’ll have to see.”

King says Hanneman heard early versions of “Implode,” “Atrocity Vendor” and “Chasing Death” before he passed but never shared any feedback on them. “Even though he lived, like, an hour away – it sounds close, but he was extremely reclusive,” King says. “He didn’t go anywhere. Even when he was playing with us, he was a notorious rehearsal ditcher.”

When Rolling Stone asks what the guitarist misses most about Hanneman, King doesn’t pause to answer. “He was my guitar player for 30 fucking years, so we had a bond not many people could ever understand,” he says. “It’d be stupid for me to try to explain it, ’cause you’d never get it.” King adds that he used to rely on Hanneman to tell him when things weren’t working – “If Jeff said, ‘That’s not gonna fly,’ I’d stop it immediately, because it’s never gonna fucking fly” – and he says that he misses Hanneman chiming in as a tie-breaker between him and Araya, now that they are the two “main dudes,” as he puts it.

In addition to King’s playing, the record will also feature guitar contributions from Exodus’ Gary Holt, who began filling in for Hanneman when his illness was announced. The guitarist played solos on seven or eight songs on the record. “I wanted that to be Gary’s introduction as playing in Slayer,” King says. “You can’t have a two-guitar attack without two guitars.” Although Holt didn’t contribute any songs to the record, King says he’s open to it in the future.

“When I hit him up [to play in Slayer], if he said no, I don’t know who I would’ve called next, ’cause he’s the obvious slam dunk,” King says. “I hope I never have to replace him.”

The guitarist is also excited about Bostaph’s return. Founding Slayer drummer Lombardo was fired, he said in a statement at the time, after he raised questions about the way the group’s finances were being handled. “He was listening to this attorney that was giving him bad advice, and he made some poor choices,” King says of the decision to let Lombardo go. They had rehearsed seven or eight of the songs with the drummer, but King says it wasn’t a problem to teach them to Bostaph. “If Paul had never quit this band, he never would have been out of this band,” the guitarist says. “He’s got a lot of Paul Bostaph Slayer fans that I didn’t really know about until he came back.”

With all this new Slayer activity, though, don’t expect to hear much, if any, new music at the group’s upcoming performances this summer – not even on the Mayhem Fest tour, which they’re headlining. “I don’t like to play stuff that people don’t know,” he says. “It’s just not fun. The audience is trying to decide if it likes it or not.”

But that doesn’t mean King doesn’t stand behind the new album. “We accomplished a really good record,” he says. “People are gonna dig it.”