According to Gang of Youths bassist Max Dunn, you will never see frontman Dave Leaupepe eat. His 95 kilogram frame is not one of a man who doesn’t; it’s just that he consumes food so quickly that while others around the table are only starting their meal, he’ll already have wiped his plate clean. Today, however, on the second floor of an inner-city Sydney pub on a balmy Wednesday afternoon in March, as a big-screen TV broadcasts video clips to no-one in particular – though one by jazz musician Esperanza Spalding draws particular praise from Leaupepe – the singer/guitarist is attacking his veal parmigiana as a snail would a race – slowly.

It may have something to do with the fact the 22-year-old has shed more than 10 kilograms over the past few months, and replaced a dependency on alcohol with an addiction to exercise. More likely, though, it’s because over the course of an hour-and-a-half he rarely stops talking long enough to take breath, pausing only when Dunn interjects. Possessed with a dry wit and fierce intellect and prone to verbosity – “In the celestial coitus of artistic creation we made some fucking babies,” is how he explains the band’s first jam three years ago. “Little star children erupting from the vas deferens of our minds” – he jumps from topic to topic in the same non-linear fashion that Gang of Youths’ debut album, The Positions, unveils its story. (“There’s two starts and an endpoint, and the endpoint is in the middle.”) The heart and soul of the record revolves around a period in Leaupepe’s life where he and his then-wife struggled to deal with her battle with cancer. “There’s triumph, there’s hope, there’s glory, there’s wretchedness, there’s profundity in every mundane thing,” explains Leaupepe.

All of which, coincidentally, describes Gang of Youths’ journey to this point. 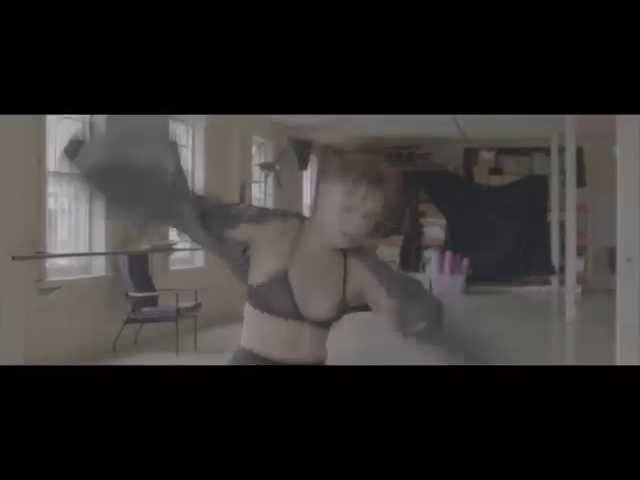 On June 3rd last year, Dave Leaupepe was on the end of a week-long bender that precluded sleep and eating, but contained plenty of drinking, smoking and vomiting up blood. That afternoon he had a bottle of “something terrible” in his hand – “I think it was Southern Comfort, or terrible wine” – and was stumbling drunk toward a train station, “about to do something fucking dumb”. His friends were already on high alert for his welfare, and fearing his intentions called the police, who intercepted the vocalist and took him to rehab. (The song “Magnolia”, with lyrics like “Hold on officer, I know that I’m a danger to myself”, is about that day.) It was, says the singer, one of the darkest periods in his and the band’s life, precipitated in part by the fact his marriage was breaking down.

The relationship was, in many ways, the very reason for Gang of Youths’ existence. Having met his future ex-wife as an 18-year-old in 2011 – today Leaupepe will only refer to her as “the girl”, adding “I’ve cut her out of my life” – they married when the singer was 21. At the time they met, she was going through her second round of chemotherapy for a metastasised melanoma that had spread from her left ear to her left lymph nodes. In 2012 she went into a brief remission, before she learned in November that the tumours had spread into her lungs. It was at this point that Leaupepe began writing songs as a coping mechanism. (He’d been in a bunch of “shitty” bands at school, but gave up music to support his wife, earning a wage selling suits.)

Related: Gang Of Youths’ Debut LP – “People Might Hate It and If They Do That’s Fucking Cool”

A troubled child growing up in the suburb of Strathfield in Sydney’s inner west, Leaupepe “was a bad kid”, he says, drinking at school and getting hassled by the cops. Raised in an evangelical Christian household, he struggled to make friends at school and at church: “I’ve just never really fit in anywhere,” he shrugs. He did, however, strike up a kinship with future Gang of Youths guitarists Joji Malani (whom he met at Sunday School as a 10-year-old) and Jung Kim, whom he met at 13. After being kicked out of high school (he won’t say which, or why) he was transferred to Mosman High on Sydney’s North Shore, and in Year 12 met Dunn, who’d just arrived from Hamilton, New Zealand. It was to these three people (and former drummer Samuel O’Donnell) that Leaupepe turned in 2012 when he needed help bringing to life the music he’d written to cope with his wife’s illness.

“Dave rang me and he made it sound like a session thing: ‘I just really need you to help me out with something’,” says Dunn. “We were friends before we were musos, so we knew what was going on with Dave and his wife” – he corrects himself – “ex-wife. I was in the middle of so much at the time, I was busy, but that first rehearsal we fell in love.”

“I met these human beings who literally gave their whole lives to satisfy this fucking vision I had,” adds Leaupepe. “And very few people in my world can say that. Literally, none of us have any worldly shit because of this album. We lost all our money, we left our homes, we moved to another country, we slept on floors, we were broke.”

“I don’t have any personal possessions, I sleep on a mattress,” shrugs Dunn, who was a fourth-year law student when he quit to pursue the group full-time. (He’s trying to complete his degree while on the road.)

The band moved to the States in September, 2013, when Leaupepe decamped to Nashville to be with his wife as she underwent cancer treatment. The rest of the group followed, setting up home largely in New York, playing festivals such as South By Southwest and journeying to the UK to support Manchester Orchestra. In Australia, meanwhile, Gang of Youths’ profile was growing – in 2012, Sydney’s FBi Radio had picked up on their first demo, “Riverlands”, recorded at Leaupepe’s house on a dictaphone, while follow-up single “Evangelists” (produced by the Preatures’ Jack Moffitt) crossed over to Triple J. It was, explains Leaupepe, a bittersweet time – these deeply personal songs he’d originally written for he and his partner were starting to find an audience, but the band’s growing success was “the bane of my life, cos I felt like it was taking me away from my marriage. It was fucking horrible. It was really shitty for me, and probably really fucking shitty for her.”

After an A&R rep in Australia introduced Gang of Youths to producer Kevin McMahon (the Walkmen), they entered Marcata Recording studio in New Paltz, New York, in November 2013 and spent six weeks working on their debut LP, augmented by an extra week the following February. At the conclusion of this session Leaupepe decided he wanted to do more recording, and the band returned to Australia to continue working at Sony’s Sydney studios. (They’d inked a deal with the label in 2013.)

As the year progressed, the pressures of trying to support his wife and protect their faltering marriage while keeping the band on track continued to mount, reaching boiling point on that day last June. At the end of the month, Leaupepe quit the band.

“I just sort of fell apart and became so, so self-centred,” he reflects. “I threw my friends under the bus in trying to save this marriage that was really fucking me over. So much of the stuff that led to the relationship breakdown wasn’t really in my control. And they were like, ‘Dude, we did this band thing for you.'”