WHY YOU SHOULD PAY ATTENTION: There’s a great chance you’ve already heard of Ngaiire [pictured above]. Her acclaimed 2013 debut, Lamentations, set the ball rolling for a slew of high profile support slots (John Legend and Alicia Keys), as well as a slot at Glastonbury. Then there was the 2015 single “Once”, a slow burning success that slid sideways to mainstream audiences, scoring high rotation on Triple J and, finally, the Hottest 100. Latest single “Diggin” is steadily climbing the charts, off the back of the recent release of her second record, Blastoma. Named after the illness she suffered as a child, and produced alongside Paul Mac and Jack Grace, it’s an absorbing and sometimes devastating listen, as Ngaiire mines her recent heartbreak to deliver a record that reveals itself as a celebration of life. 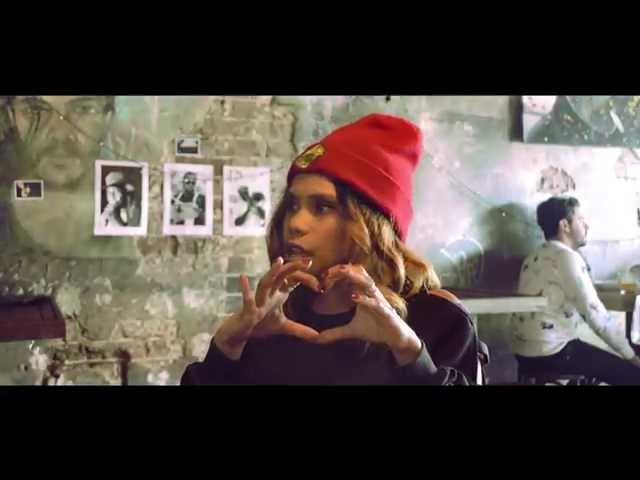 SHE SAYS: “It was actually quite fucked,” she offers candidly of Blastoma‘s tough creation. “They say that music is therapeutic, but at that point it was really challenging. I had to reverse and go back to a time where I was up against something of great adversity, and that was cancer.”

HEAR FOR YOURSELF: “Once” – a near perfect slice of hushed future soul, the muted synths cushioning Ngaiire’s endlessly expressive vocal performance. [J.L.]

WHY YOU SHOULD PAY ATTENTION: L.A. garage rock crew Feels create songs that force confrontation. Alternating between really fast and really slow, between full-throated harmonies and skull-pummelling guitar solos, these three carryovers from the psych-surf group Raw Geronimo (plus bassist Amy Allen) have a louder, more-frenzied agenda than before. “It was important to have a new name in the same way it’s important for a caterpillar and a butterfly to be called different things,” vocalist-guitarist Laena Geronimo says. “In Raw Geronimo there was a lot of experimenting and a lot of trial and error and figuring out what direction to go. [Feels] got heavier and a little more punk.” Geronimo and crew have followed up last year’s limited-edition offering Live! At Gaucho’s Electronics with producer Ty Segall. Recorded live in one day with no overdubs at Segall’s “shred shed”, Feels makes a hazy racket so big that the amps hiss after each song ends.

THEY SAY: “He has a really bright energy that we all got sucked into together,” says Geronimo on recording with Segall. “We went in at about noon and by about 8 we were done tracking. He has a really cool backyard with a lot of plants. It doesn’t really feel like you’re at a recording studio. It just feels like you’re hanging out with your friends.”
“There was no pressure,” says Allen. “His style of recording his own albums is like, ‘Hey, sometimes the fuckups are the coolest parts.’ You just kinda wing it. We were like, ‘Well, whatever, we’ll keep that, that was interesting.'”

HEAR FOR YOURSELF: The wall-shaking “Tell Me” is a sorta-love, sorta-frustration song that closes with a psychedelic shoegaze freakout. [R.F.] 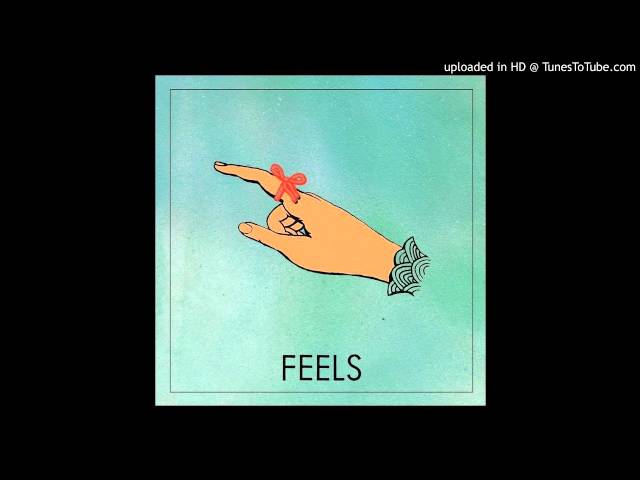 SOUNDS LIKE: A groove-oriented jam band that prizes tunes over solos.

FOR FANS OF: My Morning Jacket, Galactic, Alabama Shakes.

WHY YOU SHOULD PAY ATTENTION: The New Orleans-based septet’s third full length, Men Amongst Mountains, bowed at Number Two on the Billboard Alternative Albums Chart last year and found traction on Spotify, where they have amassed over two million streams. They’ve also become a popular fixture of the summer festival circuit, thanks to a dynamic live show and singer David Shaw’s soulful howl.

THEY SAY: “We were always careful about playing too many shows in New Orleans,” says singer Shaw. “Even from the get-go, we never really wanted to be one of those bands that played that weekly gig – it just didn’t seem like who we were. It was definitely a great place to incubate us and kept us out of the spotlight long enough for us to develop in the ways we needed to develop. And then once we were ready for that, it was the right time. You know how they say, when you really want something the universe conspires to help you make that a reality? I feel that was really happening.”

HEAR FOR YOURSELF: The wistful “Wish I Knew You” encapsulates the band’s varied strengths with brittle stabs of funk guitar, dub-influenced keys and colourful splashes of brass. [J.F.] 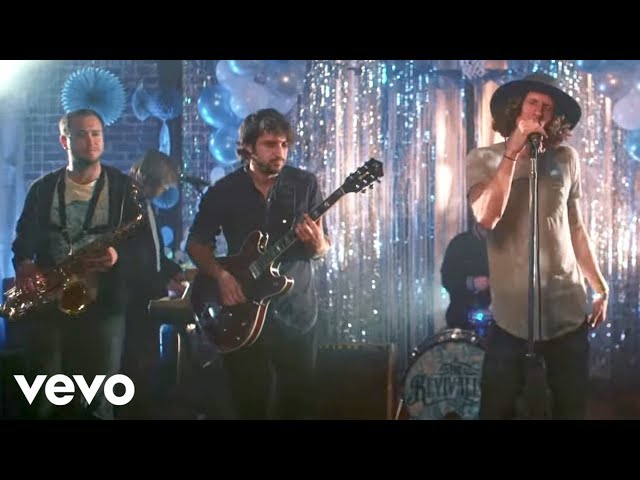 SOUNDS LIKE: A swamp bar jukebox loaded with British glitter and Seventies Southern rock; a crawfish boil aboard ELO’s spacecraft.

FOR FANS OF: Dr. Dog, Ryan Adams, The Last Waltz.

WHY YOU SHOULD PAY ATTENTION: After falling hard for Bob Dylan and David Bowie as a child in Louisiana, Kyle Craft channelled his heroes on his Sub Pop debut, Dolls of Highland. A couple of years ago, he holed up in a friend’s Shreveport, Louisiana laundry room and turned true-to-life tales of a “Gloom Girl”, the “Lady of the Ark” and “Black Mary” into a poetic gumbo of Southern roots, electric folk and preening glam rock. “That’s one of the more beautiful things about songs is that they’re more like pictures,” he says. “[Dylan’s] ‘Visions of Johanna’ is a picture. It’s not some sort of thing that’s telling you to feel a certain way, it’s just there.” Dolls‘ echoing honky tonk saloon piano, harmonica, vintage organ and his unrestrained howl – like Carly Simon chasing Freddie Mercury-level vocal runs – was mixed by Brandon Summers and Benjamin Weikel of the Helio Sequence, and the album stokes the warmth, looseness and unpredictability of a live show just inches from coming unhinged.

HE SAYS: “I couldn’t sleep [the night after I found out Bowie died]. Every time I’d go to sleep I’d have these nightmares. It was rough. Bowie was the first album I ever had. He’s always been a giant influence on me. At the same time, he went out perfectly. His passing was graceful. It was classy, beautiful, and he made it feel like it was right. It felt like he was like, ‘All right, see you guys later.'”

HEAR FOR YOURSELF: Just enough of Ziggy’s stardust gives “Pentecost” its musical sheen, but it’s Craft’s vocal intensity that outlasts all else. [R.F.] 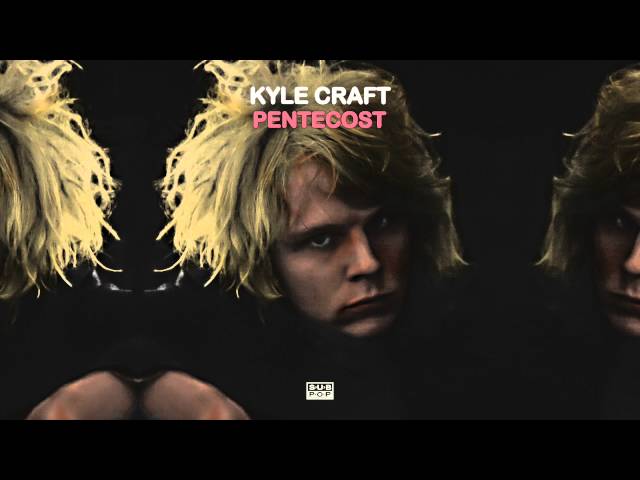 WHY YOU SHOULD PAY ATTENTION: As Vera Blue, 22-year-old Celia Pavey couples stripped-back folk with raw dissonance and heavy synths. Hailing from Forbes, Pavey grew up singing Simon and Garfunkel duets with her sister, learning violin, and watching Michael Flatley in The River Dance, which is reflected in the effortless melodies and melancholic heft of her songs. Her debut EP, Fingertips, co-written with Melbourne singer-songwriter Gossling, was composed acoustically on guitar and transformed by producers Andy and Thom Mak (Boy & Bear, Silverchair) into shimmering electronica. After releasing “Hold” in 2015 and “Settle” earlier this year, Pavey toured with Matt Corby. “There was a moment in ‘Hold’ where I could hear people singing the chorus back to me, and I freaked out,” says Pavey. “Then I forgot the words to my second verse. I was like, ‘Ah fuck, this is so embarrassing. Does anybody else know the words?'”

SHE SAYS: “[Fingertips] is like a vicious, cyclical existence. In a relationship, it’s like a tug of war almost, to see who breaks or cracks first, or to see who gives up first. You can be with someone and you can continuously keep hurting each other, but you can’t let each other go.” EP highlight “Patterns” opens with a cacophony of bird-calls, then oscillates between meditative guitar-picking and chaotic electronica. “The lyrics are actually from poetry that one of my ex-boyfriends wrote to me when we first met. It’s a little bit raw,” says Pavey.

HEAR FOR YOURSELF: “Fingertips” is a haunting and intimate song about the power that social media can yield over a relationship, while “Settle” muses on moving on. [L.S.] 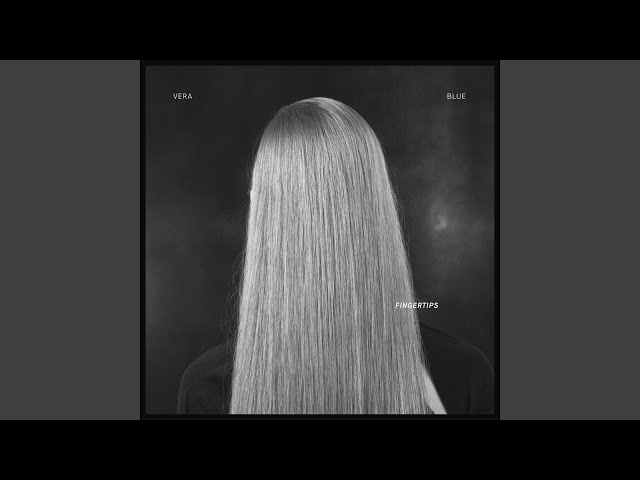 SOUNDS LIKE: Mid-Nineties Britpop (emphasis on the ‘pop’) put through a blissful indie rock filter.

FOR FANS OF: The Stone Roses, Oasis, The Strokes.

WHY YOU SHOULD PAY ATTENTION: The Lulu Raes’ first ever rehearsal in 2013 was memorable for many reasons, not least the setting. “We played this decrepit studio in Newtown, it was a really weird art space,” recalls guitarist/keyboardist Taras Hrubyj-Piper. “There were condoms with cum stapled on the wall. But it was a vibe. It turned out really well.” Since that auspicious beginning the Sydney quartet – also featuring vocalist Eddie Burton, drummer Tom Cardy and bassist Marcus Finocchiaro – have unveiled a slew of singles, two of which (“Infinite Paradise (Sail Away)” and “Burnout”) have tweaked the ears of Triple J listeners. Tours with Sticky Fingers and Holy Holy, and a spot on the Maitland leg of Groovin the Moo, have kept them busy while they’ve worked on their debut EP, due shortly. The Sticky Fingers tour put them in venues such as Sydney’s 2500-capacity Enmore Theatre – not that the quartet are getting ahead of themselves. “If we ever get there on our own accord, that’s when [I’ll] feel it,” says Hrubyj-Piper. “You can put anyone on support. Just cos we got the opportunity doesn’t mean we’re good.”

THEY SAY: The band owe their monicker to a friend who lent them her name. “Eddie was talking to her about band names and was like, ‘I was thinking the La La somethings’, and she was like, ‘That sounds like my name!’ And Eddie was like, ‘My god, the Lulu Raes!’ Maybe if we get famous she’ll be stoked because she’ll probably get free drinks.”

HEAR FOR YOURSELF: The spacey, sublime, blissful indie-pop of “Burnout”. [R.Y.] 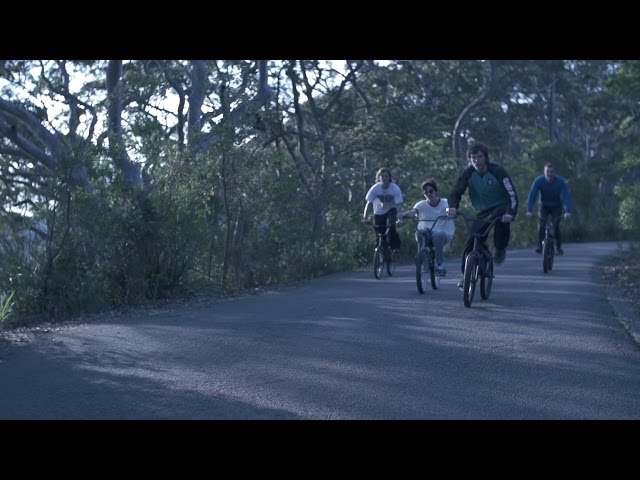