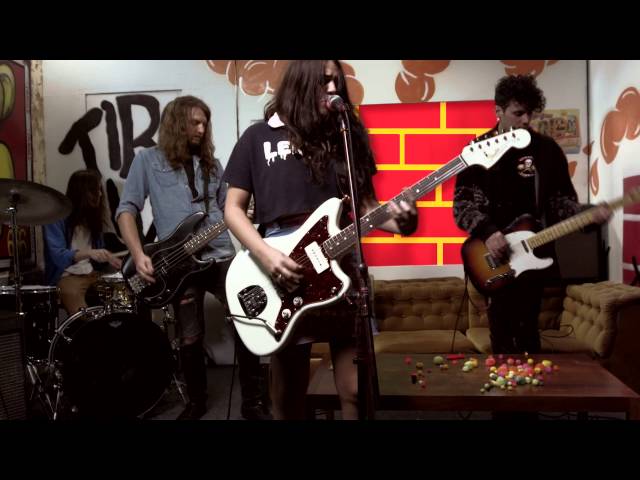 SOUNDS LIKE: Donning your best flanny and travelling back to the Nineties to watch Singles for the first time

WHY YOU SHOULD PAY ATTENTION: When Matt Tanner was in high school, he showed his friend Sophie Hopes the Smashing Pumpkins’ Siamese Dream album. “I was like, ‘Oh my God, that’s what I want my band to sound like!'” recalls Hopes. That plan came to fruition in 2012 when vocalist/guitarist Hopes teamed up with guitarist Tanner and drummer Ethan Darnell in Tired Lion (bassist Nick Vasey joined later), and set about making their mark on the Perth scene. Fast forward three years and the band have played Homebake, Splendour in the Grass and Groovin the Moo, supported the 1975, Kingswood and Gyroscope, and watched as Triple J latched onto latest single “I Don’t Think You Like Me”, from their just-released second EP, Figurine.

THEY SAY: “I don’t think I’d be around if music wasn’t in my life,” says Hopes. “I don’t know what my purpose would be. I’m a pretty emotional person, and having to explain to somebody if they ask me what’s wrong or what I’m feeling, I can’t really do it by talking, I literally have to sing it out. When I pick up a guitar, that’s like my safety net.”

SOUNDS LIKE: Jazz fusion that rockets everywhere from electric Miles groove to Sun Ra sputter, from velvety smooth to hardcore squawk – and still sounds as future-minded as any hip-hop or experimental electronic LP out.

WHY YOU SHOULD PAY ATTENTION: The Los Angeles saxophonist is the most audacious player in a movement making the electric flurry of Seventies fusion jazz cool again: His lush, bustling arrangements can be heard on both Flying Lotus’ You’re Dead! and Kendrick Lamar’s To Pimp a Butterfly. His gorgeous debut opus, The Epic, is 173 minutes of virtuosic playing alongside a 20-piece choir, 32-piece orchestra and the West Coast Get Down, the eight-man jazz Wu-Tang Clan he’s a member of alongside Thundercat. The group spent a month recording, working 10 to 12 hours a day, every day, resulting in what Washington claims is eight individual solo projects, nearly 200 songs and two terabytes of music. The three-disc Epic, the first album released from the sessions, is 17 songs trimmed from 45. “The hardest part was shrinking it down,” he says. “The 17 songs kind of became the complete sentence of what I wanted to put out. Any song that I take out, then I’m missing something.”

Washington and the West Coast Get Down honed their connection with one another by practicing furiously in a shack in his dad’s backyard in Inglewood, California. “We were at every concert and then we’d go home at 3 o’clock in the morning and play until 7 o’clock in the morning,” remembers Washington. “I had cool neighbours. They knew me. They were just proud to see some young brothers doing something positive.”

HE SAYS: “I think people were starved for it,” says Washington of the sudden appeal of contemporary jazz. “And they had a misconception of what it was. We took it as a challenge. We played at like gothic clubs, literally, for a crowd where upstairs they have an apparatus where they’re beating people with whips… That spiritual, soul-repairing thing that jazz has has been missing in society for a while. What fixes your spirit when Ferguson happens? You need something to fix it. And now that they’re getting it it’s like, ‘Oh wow, this is a soul fix, not a history lesson.'”

HEAR FOR YOURSELF: Disc three of The Epic kicks off with the blazing, 14-minute piece “Re Run Home”. [C.R.W.] 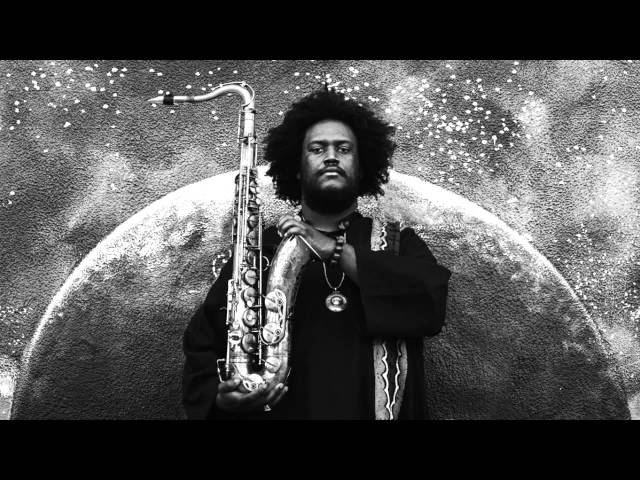 SOUNDS LIKE: Suave, sophisticated pop with a knack for sharp lyrics and sharper melodies

WHY YOU SHOULD PAY ATTENTION: Currently based in London, the Sydney law-student-turned-charismatic crooner’s been blowing up overseas. His love of moody, cinematic pop had early reviews marking him as the “male Lana Del Rey”, but he’s since proved far more interesting than that simple equation. After breaking through with his gorgeous cover of Rihanna’s “Diamonds” (used by Sony for a TV ad campaign), the 27-year-old followed through with his impressive In Your Prime EP released last year. Sia, the Preatures and the Jezabels have since confessed they’re fans of his work.

HE SAYS: “My album’s pretty much ready to go. It’s called Night Swim and the songs have been written over 10 years. We’re just waiting to confirm a release date, but that’s some record label dark arts stuff so you’ll have to wait and see.”

HEAR FOR YOURSELF: The deliciously dark “Hustler” (and its mini-movie music video) [J.T.] 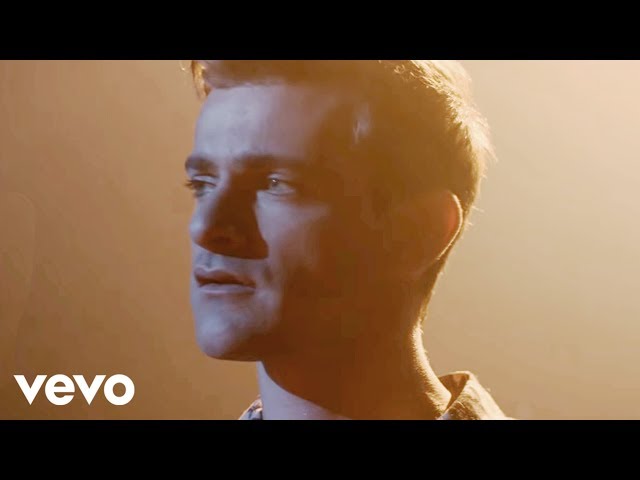 SOUNDS LIKE: A dive into a watering hole on a sweltering summer day

WHY YOU SHOULD PAY ATTENTION: Watford, England’s Staveley-Taylor sisters – Camilla (vocals, ukulele), Emily (vocals) and Jessica (vocals, guitar) – grapple with universal feelings of longing with their harmonic folk. They’ve joined Mumford and Sons to sing “With a Little Help From My Friends” on Glastonbury’s main stage and toured with the likes of the Civil Wars and Bon Iver. Justin Vernon invited them to hang out at his April Base Studio in Eau Claire, Wisconsin, after an extensive global run promoting their first album, 2012’s Dead & Born & Grown. The trio accepted, going in with no expectations (they didn’t even tell their label). But the “special, sacred” time evolved into a stunning collection of songs: Vernon ended up producing the sisters’ latest album, the gripping If I Was. Released in March, the band’s second record (and Nonesuch debut) is full of swelling orchestras, dense vocal arrangements and thoughtful lyrics.

THEY SAY: “[Growing up] we were sort of on the outside a bit,” says Emily. “Outside London and outside Watford. The kind of Watford night out involves the classic drinking to excess and either getting into a fight or throwing up or copping off with someone. We always felt a bit marginalised because we were the people that went out on a weekend wearing trainers and jeans, not dressed up to the nines, and we wanted to dance to rock & roll. It was kind of a feeling of being left out, not the norm, then we’d gravitate to those other people at parties who’d pass the guitar around.”

HEAR FOR YOURSELF: “Blood I Bled” is If I Was’ triumphant opening track. [P.M.] 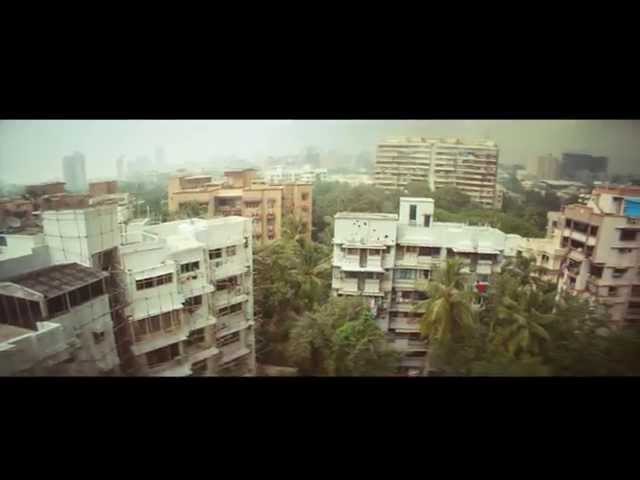 SOUNDS LIKE: Don’t be deceived by delicate single “Ghost”. Halsey’s larger body of work is cinematic electronica, lyrically inspired by the ragers of the 1990s – Ani, Alanis and Tori.

WHY YOU SHOULD PAY ATTENTION: Remember how excited we all were 10 years ago when Lily Allen’s career went berko after she uploaded demos to MySpace? There wound up being more to it than that – a record company was already in place, famous connections, yada yada – but it was a story that filled the heart of every wannabe with hope. Fast-forward to 2014 and 19-year-old New Jersey native Ashley ‘Halsey’ Frangipane uploaded “Ghost” to SoundCloud and iTunes. Overnight, five record companies jumped to attention, with Astralwerks – home to Kylie, Nervo and David Guetta – winning the golden ticket. What makes Halsey the full package isn’t just the Anime-style turquoise hair or the fact that she writes her own material. She’s analytical about the industry and eminently quotable when it comes to philosophising.

SHE SAYS: “What I can attribute to the speed of the take-off is that my project is an extension of myself. I don’t sit down with a team and some fucking mood boards and ask, ‘What would Halsey do? What would this look like?’ There’s not a poster that goes out without my approval. But I have to be a control freak or people would take advantage.”

HEAR FOR YOURSELF: Her EP, Room 93, is a “capsule piece” of teenage lust, longing and living out of hotel rooms. By contrast, debut album Badlands is a concept record about a graphic novel-style alternative universe, and is already at #2 on the iTunes pre-order chart. Frangipane told Billboard she wanted to leak the “way more industrial and raw” album – and small wonder she’s impatient when her career has been one of rapid metamorphosis. Pacify yourself with one track, “Hold Me Down”, on YouTube. [J.V.] 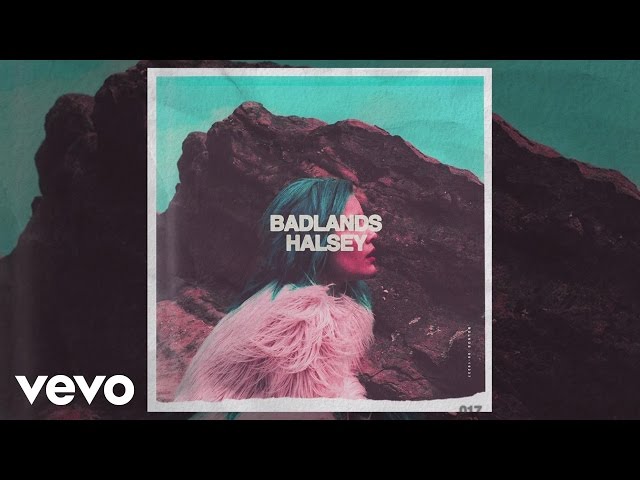