Climbing the charts, breaking the Internet or just dominating our office stereos, we profile five of our favourite new artists. 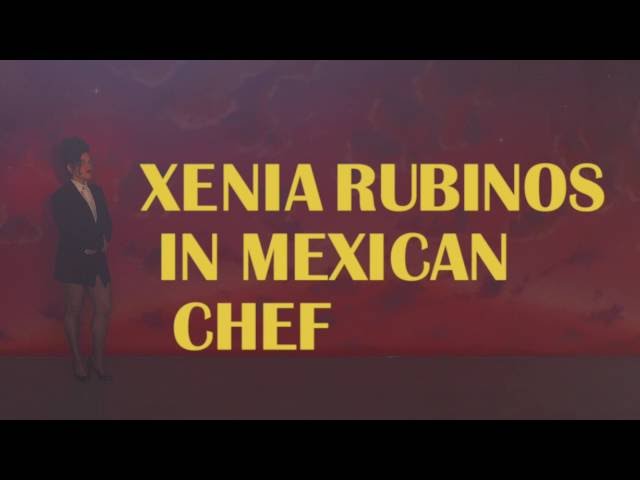 SOUNDS LIKE: In her own words, “Shellac meets Andre 3000”

FOR FANS OF: Janelle Monaé, Esperanza Spalding, the Internet

WHY YOU SHOULD PAY ATTENTION: A graduate of the Berklee College of Music, Rubinos’ infusion of R&B, punk, electronic and jazz is pure New York – that is, the side of New York that Girls won’t show you. Her sophomore album, Black Terry Cat, is Rubinos’ kaleidoscopic showcase of fizzy electronic and funky analog textures. Her complex arrangements bolster some hefty analyses of everything from romance (“Lonely Lover”) to racial politics (“I Won’t Say”). Spoken, sung and spit as percussively as a poet, her verses waver between English and Spanish – but she’s not keen on her music being pigeonholed as “Latin”.

“I’m proud of where I’m from,” says Rubinos, who’s of Cuban-Puerto Rican descent. “But it’s inaccurate to call my music Latin because I am. [Latin] means a lot of things, but it doesn’t describe the actual sound of my music.” She was recently featured in an all-star Prince tribute video, “Pop Life”, manoeuvring the keyboard alongside fellow pop eccentric Alan Palomo of Neon Indian.

SHE SAYS: “Most songs on Black Terry Cat started with basslines I improvised. I was also more intentional with my words and what I wanted to say. I was really inspired by Kendrick Lamar’s [To Pimp a Butterfly] – his voice is so fluid, he sounds like many different Kendricks. I do like that street poetry sound. My go-to right now is Busta Rhymes’ “Still Shining”. He does that “rah-rah-reow” dragon thing. It reminded me to take my time and experiment more with my own voice . . . Put my own stank on it.

“My song ‘Mexican Chef’ came about after I ran some errands in Brooklyn and saw kitchens setting up for the night. In the front of every restaurant you got white, hipster waiters playing Phantogram, then in the back you got brown kitchen staff blasting ranchera, bachata music.

“My mum’s a registered nurse, she used to work at a nursing home. She once told me, ‘Brown women are often there to welcome you into the world . . . And they’re the same ones who will send you off.’ That image just stuck with me.”

HEAR FOR YOURSELF: The jazzy “Mexican Chef” holds no punches. [S.E.]

SOUNDS LIKE: A sweet spot on the dancefloor where Seventies disco, Eighties synth-pop and Nineties R&B intersect, albeit with a modern sheen

FOR FANS OF: Låpsley, the xx, early Madonna

WHY YOU SHOULD PAY ATTENTION: Half-Russian 24-year-old Aleksandra “Shura” Denton grew up in Manchester with a twin brother and a passion for science fiction and playing soccer for Manchester City. She became “obsessed” with listening to hometown heroes the Smiths while working in a record store at 16, which fostered a love of music, playing guitar and recording songs at home. Internet fame came in 2014 when the video for self-produced single “Touch” amassed over 26 million views; two years later and debut album Nothing’s Real has arrived, with assistance from super-producer Greg Kurstin (Adele, Katy Perry).

SHE SAYS: “I remember being on a computer at work and every now and again going on to check the play count [of ‘Touch’], even though I wasn’t supposed to be checking out how my music’s doing online. I’d hit refresh and each time it would go up by a thousand plays, and I was like, ‘Wait, is there a glitch in the system where every time I hit refresh the plays go up?’ But there wasn’t, it was just people discovering it and it going a bit mental. I almost didn’t believe it – I thought it must’ve been my mum just hitting play over and over again.”

HEAR FOR YOURSELF: The pure pop of latest single “Make it Up”. [J.J.] 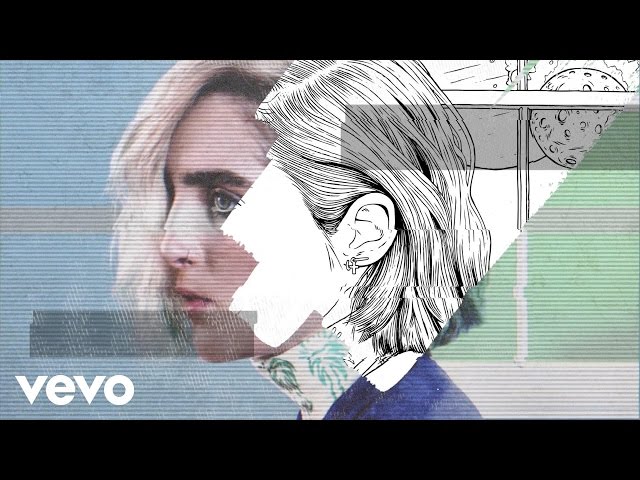 SOUNDS LIKE: Restless rhythm-n-brooding, mixed with a modern pop-electro edge and coming-of-age cynicism

FOR FANS OF: Chet Faker, Frank Ocean, the Weeknd

WHY YOU SHOULD PAY ATTENTION: The Auckland-based crooner initially rose to recognition as a finalist on New Zealand’s Got Talent, performing acoustic ballads under his own name Evan Sinton. Not long after the television series wrapped, the then-teenager’s guitar and keyboard were stolen from his car, setting in motion a laptop-led shift to his electro second-life as Maala. First effort, the minimalist synth-lingering “Touch”, surfaced in March 2015 and – although only anonymously shared via Soundcloud – hit the radar of Beats One tastemaker Zane Lowe, who would later champion breakthrough single “In the Air” and his self-titled EP. Last month, Maala released his debut album, Composure, a sharper, pop-focused counterpoint to the introspective darkness of his introductory EP.

HE SAYS: “I’ve really come to enjoy pop music,” 21-year-old Sinton says of his artistic transition. “I’ve come to describe it as an evolution rather than this polarising thing. Which on the single [“Kind Of Love”], you might here that. It’s far poppier and brighter and more confident.” 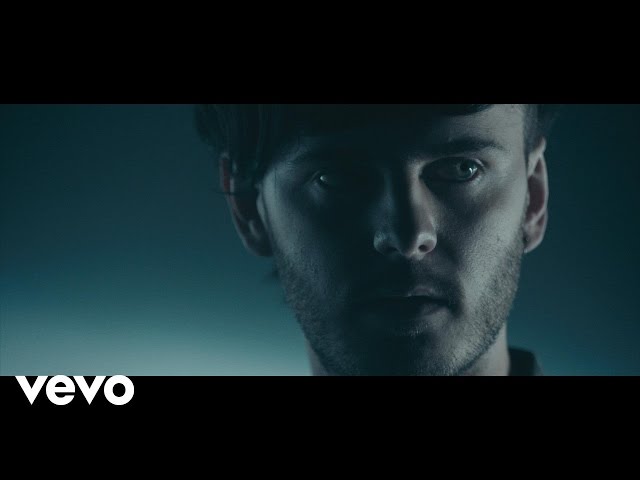 SOUNDS LIKE: The minimalist blues-rock of the Black Keys and the White Stripes, bolstered by a singer unafraid of his falsetto and – finally! – a bass player.

WHY YOU SHOULD PAY ATTENTION: The Record Company have opened for artists as diverse as Mavis Staples and Social Distortion, made their American TV debut on Conan in March and, following a European tour, played Bonnaroo in June. After spending his formative years working on his family’s Wisconsin dairy farm, the Record Company singer-guitarist Chris Vos (he favours lap steel) hightailed it to Los Angeles, where he bonded with bass player Alex Stiff and drummer Marc Cazorla over a shared love of the blues. But it’d be unfair to label the lean, deliberate three-piece as a simple blues-rock band. The songs on their stomping debut album Give It Back to You (recorded and mixed in Stiff’s Los Feliz living room) would be right at home on alt-rock and Americana radio. “We are rock & roll,” says Vos. “We’re a band for whom the roll matters as much as the rock. The roll is the soul, the gospel, the swing and where it all lives.

THEY SAY: “Soul voices are everything to me. [My falsetto] came from Al Green, and from listening to Prince. Hearing a guy sing like that when I was a young kid, I thought, ‘I wonder if I can sing that way too?'” says Vos.

“We try to play our guts out every time we play. You have to take the stage like it’s one less time in your life, not one more. Meaning you only get so many times in your life. It may sound kind of morbid, but you have to leave it all up there onstage.”

HEAR FOR YOURSELF: Give It Back to You‘s lead single “Off the Ground”, opens with a snaking bass line before building to a woozy slide-guitar climax, with Vos singing “Let the truth be told” in his highest register. [J.H.] 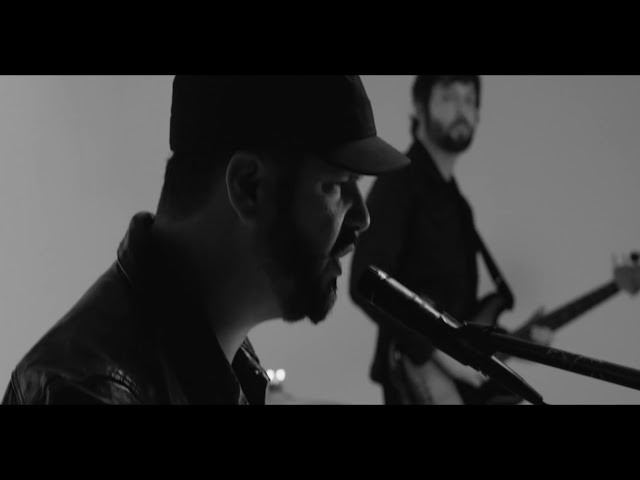 WHY YOU SHOULD PAY ATTENTION: Kaytranada initially perked ears with remixes of songs by Janet Jackson and Missy Elliott – classics that he retooled with brash, bottom-heavy rhythms. Since then, he’s been cosigned by veterans of the era he loves – producing for Talib Kweli and Mobb Deep – and has worked with other artists who wear their love of the late Nineties and early Aughts on their sleeves, like the Internet, Disclosure and AlunaGeorge. Kaytranada’s debut album, 99.9%, hit shelves in May, and the record finds the producer uniting two generations of collaborators – Craig David sitting easily next to the rubbery young rapper GoldLink, for example – in the service of beats.

HE SAYS: “Neo-soul caught my attention more than any other sub-genre. I was really attracted by that sound. It made me do what I do musically: trying to find the same type of vibes, those nostalgic vibes.” But his music isn’t only about nostalgia. “On albums I used to hear, there were a couple uptempo but very soulful R&B songs,” he says. “There would be one song that would sound that way. My thing was to bring more of that to the table. That uptempo neo-soul, I wanted to bring that to life. Something dope, but something dance-y at the same time.”

HEAR FOR YOURSELF: On an album full of vocal features, an instrumental cut may speak the loudest: “Bus Ride” features the razor sharp drumming of Karriem Riggins and an unfussy keyboard line – lounge music pushed to a neck-cracking extreme. [E.L.] 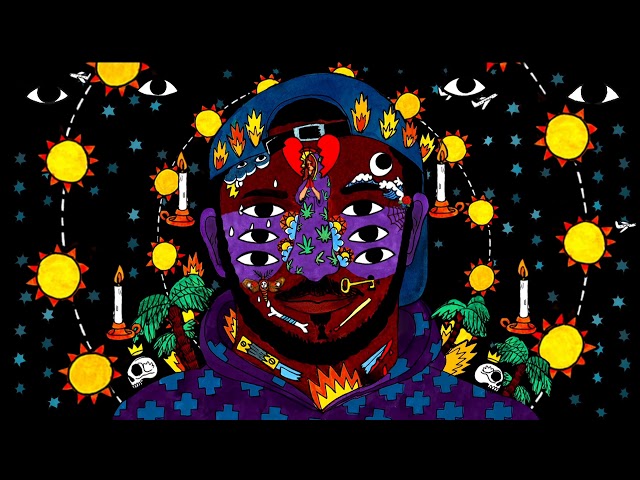