From hauntingly cinematic reflections to jangle-pop to mysterious hip-trap weirdness, here’s our guide to the best new local music of the week.

“The Water” is the striking debut single from Brisbane/Byron Bay trio Moreton.

Vocalist Georgia Potter (pictured) masterfully melts hope and despair into single sentences, punching through the feet-dragged composition with lingering one-liners (“everything I’ve held on to, might not have the weight that I think”). Set as the centrepiece for the looped, cinematically-teasing backing, Potter’s vocals lead the course courtesy of both direct, outwardly-aimed commands (“step to the light”) and obscured, perfectly poetic, inspirational quotes (“I can run my own race, if I’ve already lost”).

“Sedated” is the silky lead single from Dorsal Fins’ forthcoming new album, due later in the year.

Unashamedly pop-facing, the track’s ultra-glossy Phoenix-levels of uplift is sharply contrasted by the lyrics — tonally jovial, but hardly content complemented, combining desperate pleas (“I need you right now, more than I did before”), confrontational jabs (“give me a reason to plug back in”) and even an awkward, teenage-attitude phone call skit re-purposed as the mid-song breakdown, just to drag the party throwdown further off course.

Dorsal Fins vocalist Jarrad Brown sheds some light on the song’s underlying message, well, kind of: “When the sun slinks way too low, and the stars forget to shine, and you need a cryogenic sleep chamber to knock you out and wake up somewhere a 1000 years in the future… you write a song like ‘Sedated’.. and then you feel better.”

The band will head out on a short East Coast tour in support of the new track, dates and details here.

Following an extended break — this is the first new music we’ve heard from Ali E since the stunning 2015 EP, Creatures — the Melbourne-based artist invites complexity into the fold for her latest track, “Two By One”.

The opening meditates on an elongated chord, notes plucked individually but melding into each other, before the bass (played by Howl At The Moon’s Mark Renall) arrives with a steely riff and the song falls effortlessly into a triplet feel. Dropping into different time signatures with elegance and ease, Ali E swerves from melancholy, to anthem, to breathless release – the final section bold and clashing. The lyric hook “say you’re mine, say you’re mine,” takes on strength as the song moves forward; what begins as a plea brushed with desperation becomes an empowered demand. Amidst the thick blend of ambient percussion and wafting melodies, it’s Ali E’s voice that carves space, with genuity, nuance and an understated burgeoning. Ali’s expression encapsulates the story’s dynamism, but brews with subtlety, in this immersive, sonic pastiche.

Ali E is currently on the road as part of the Up The Guts festival tour, remaining dates here. [L.H.]

The track updates the abrasive, deconstructed palette of Canberra/Melbourne witch-haus pioneer Horse MacGyver‘s early work, partnering the darkness-dwelling production alongside new duelling rap segments — silky, mumble-soul swagger and southern rap grittiness. We’ve been promised a teasing drip-feed of new songs over the next few months, with hopefully a longer length release not far off either. 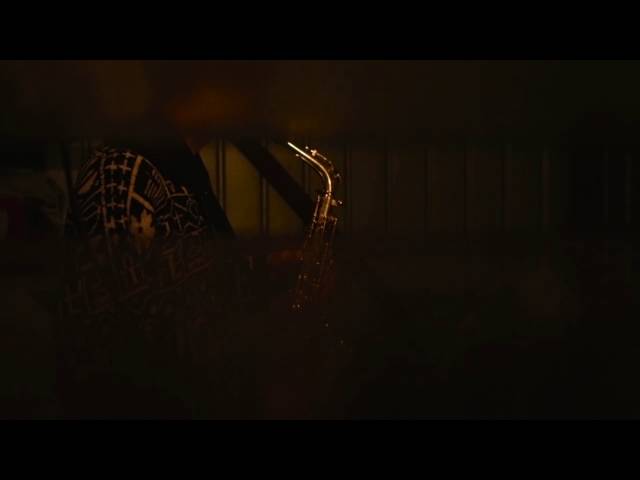 Jarrow is the solo identity of 20-year-old Melbourne-based songwriter, Dan Oke. “Cube” is the introductory single and opening track from his brilliant, forthcoming debut full-length, 2003 Dream, due September.

The track recalls the scrappy first steps of Sydney’s Bearhug (their 2009 Cartoon Islands demo is still, arguably, their best ever work), with the perfectly laid-bare framework putting all the pressure on the punching lyricism of Oke. It more than stands up, shifting from conversational reflection to unrestrained emotional release — a plainspoken vs. passion formula not-unlike Spencer Krug’s Sunset Rubdown project — as the unguided composition shifts from looped riff to free-wheeling sax. A general aimlessness perfectly complimented by the song’s official video — an obfuscated performance clip, handy-cam shots of out-of-focus blurs broken up only by occasional short scenes of clarity.