Eyes on the rear view, full tank of gas. The sound of indie rock duo Holy Holy is nostalgically indebted, yet with its own distinctly vivacious sound, a combination of emotively vivid songwriting and punchy, shifting compositions that drag these reflective moments away from simple memory meanderings and very much into the here and now.

Their debut album When The Storms Would Come is out this Friday (July 24) via Wonderlick/Sony Music and available to stream in full below from today, accompanied by a tracklist breakdown by the duo.

All words below by Holy Holy — Tim Carroll and Oscar Dawson.

Tim Carroll: My girlfriend and I were living in Stockholm for a year. She’s from there so it was a great time to get to know the town and hang with family and friends. As our departure date approached I started to feel this emotion in her family and friends about her leaving again, she was about to be in Australia again and so far away. We were chatting one day and we were talking about having going away drinks. “Should we catch up tomorrow afternoon with everyone?” I asked. She replied. “No….It will just be Sentimental…..and Monday.” For some reason that just stuck with me.

The song’s about leaving things behind.

Production wise: it features a kind of hip hop drum beat which becomes doubled toward the end. It’s spacious and has a base line that was inspired by the cure. At the end there’s a melotron boy choir build and a guitar line also begins to scream. 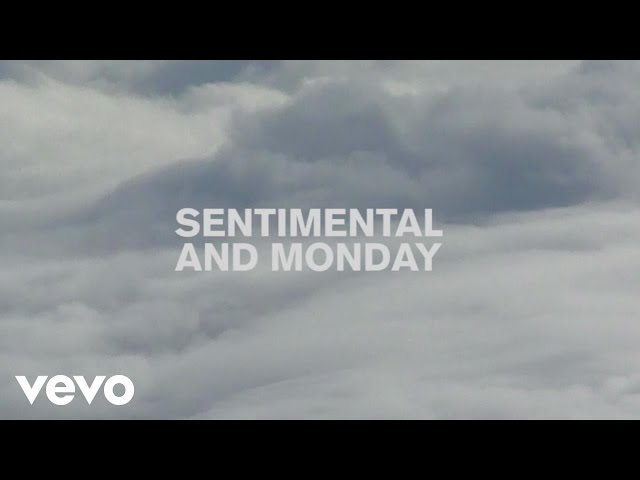 Outside of the Heart of It

TC: “Outside of the Heart of It” is a concise little song but one of my favourites. It mostly plays around two vocal melodies over a similar chord progression. Vocally we went with a Crosby, Stills, Nash and Young vibe of four part harmonies mixed pretty equally, which gives a nice colour. The track is punctuated with an Oscar Dawson riff in the middle. To try and give it a point of difference to some of the other tracks the melody is played on guitar and piano and the two are blended.

The song feels kind of familiar to me.

Oscar Dawson: This is the freshest material that we put on this record. We wrote this song one evening down at Lonestar, the property Tim lives on in Tasmania. I had travelled down there for a meeting and he had a small nylon string acoustic guitar, strung right-handed, along with his own guitar. After dinner we had a very soft play downstairs – we couldn’t make much noise, as other people were asleep. I seem to recall that this guitar had a problem with its tuning knobs, which meant I could only play on the lower strings of the guitar. We started playing the song in a different key to it’s current one. This had Tim singing a good deal higher. All these factors came together to have us write ideas that we probably wouldn’t if we were in the studio.

TC: The only track on the record in 6/8 has a bit of a Zeppelin feel at times. The lyrics reference the major themes of people across history and across civilisations. That idea of the seven plot types and how these epic struggles repeat time and time again.

OD: This is a tune that Tim and I developed in 2014 whilst he was living in Brisbane, and I in Melbourne. I recall recording a short riff on my phone whilst we were making the film clip for another tune of ours, ‘House Of Cards’. We were shooting on one of the cliffs hanging over the ocean on the outside of Sydney. I think I was jet lagged at the time. Normally I like to think that writing is like working, but perhaps it really isn’t. In fact, thank god for smartphones – they enable us to take advantage of the fact that sometimes, different environments do affect the creative process. Perhaps being jet lagged and on a cliff is the best way to write songs.

TC: The first single off the record: This one was recorded in the same session as house of cards off our EP. It was recorded as a jam to catch an idea but ended up being used as the finished version because it just had a very specific sound. Drums, lead and rhythm guitar recorded live in one room in one take. Lyrically it examines the fear that accompanies risks we take in the pursuit of something. 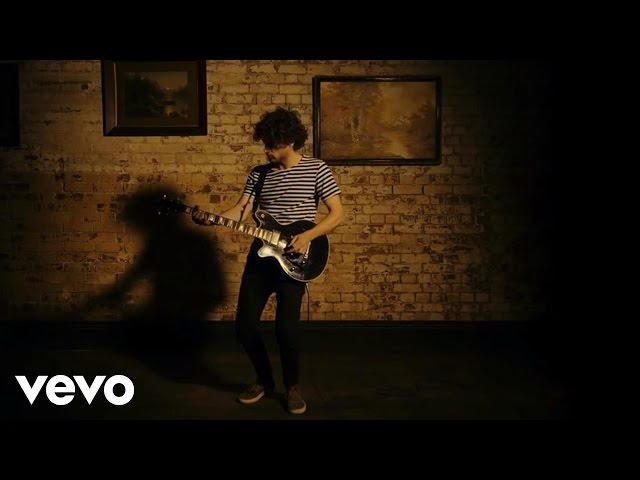 If I Were You

TC: I worked in a bar in Stockholm and late one night a very drunk Swedish man leaned over the bar and said to my colleague “If I were you I’d buy a horse and ride it far away.” I thought it was a pretty incredible line to come from such an incoherent man and I also thought it was more of a reflection of what was going on for him, than advice for her. I developed this song off the back of the line. The song is about a flawed man who wishes he were more than he is. Oscar and I demoed this one in Berlin and came up with that galloping drum beat which Ryan then elaborated on.

TC: This song is perhaps the best representation of what Holy Holy is. Musically it features a strong lead break that pulls right back over the verses leaving the vocals to sit over a bed of a driving bass line and drum track. The riff returns in the middle section and is then complemented by a low synth melody like something out of a 90s German club track. The second verse features a soundscape Oscar wrote and then a building slide line over the pre-chorus.

The final chorus breaks down to just vocal, cymbals and some synth before the solo starts. The solo is a highlight of the record I think. A long slow build, which the band worked with to bring to a crescendo. It has an 80s film scene feel to me, like a sort of dirty dancing thing maybe. 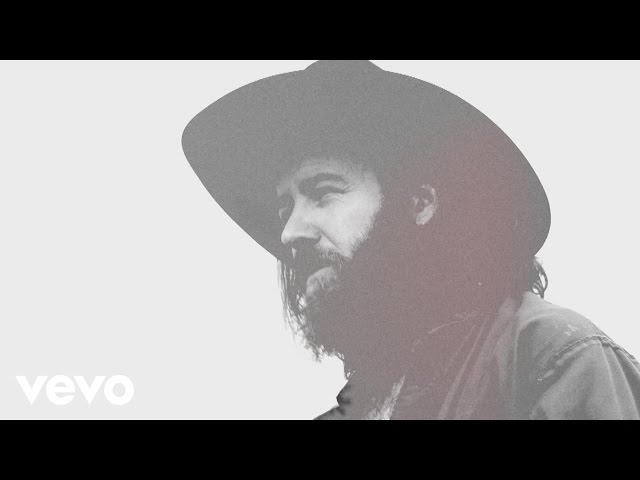 OD: This song began in a different form to it’s current. We recorded it as a more subtle ballad several years ago. I have always had a penchant for outrageous guitar solos, and over the years that we played the song we developed a section that we called the ‘Dirty Dancing Car Crash Solo’. This was a section that we would sometimes add to the end of the song that basically revolved around an obscene 1980’s themed guitar solo. To my great surprise, Tim would actively encourage it. In 2014, we did a series of rehearsals at Matt’s studio, ‘Grandma’s Place’. Ryan Strathie (drummer) started building a beat that sounded like John Bonham covering Don Henley’s ‘Boys Of Summer’ and we started layering parts upon it – Tim’s lyrics and melodies, and a newer guitar riff that I had developed. This bounced around the room for a while, before we decided to add the Dirty Dancing bit on the end. And in a nutshell you have it. I didn’t think it should be allowable, to have a two minute guitar solo at the end of a song… but the band permitted and encouraged it.

TC: This is a simple song but there is a lot going on at the same time. In some ways it’s like a slowed down 50s pop tune. The lead guitar break has a 90s gurney feel to me, and the outro is a reference to Lou Reeds walk on the wild side which is in itself a reference to Motown. We recorded this one live in the room to tape. One take for drums, rhythm, lead and bass. We left a few artifacts of that in the recording. You can hear the tape whirr up right at the start and then you hear it spin into the middle of a take and then you hear Ryan give the band the time before the take starts. Usually all that is cut but I think it gives the track a time and place and drags you into the room in that moment as the four of us lay down the bed.

The song is about a hopeless relationship that is, nonetheless, beautiful.

TC: This is a slow psychy jam tune. The name comes from Ginsberg as we have a version of this song that is an instrumental over one of his poems. The vocal is run through a synth that gives it a unique feel on this record. We feature a guitar motif with a really loud delay part. The drums are tough and there are some great regimental fills throughout.

TC: One of my favourites on the record. It has a full band Americana feel. Two electric guitars but also a driving acoustics piano track, shakers and stacked harmonies. Bit of a Fleetwood feel maybe? In the outro we change gear and go into a Neil Young-esque full band instrumental section. This one was done live in the room to tape.

OD: “Pretty Strays” is a song that Tim brought in to our writing sessions in Berlin. We demoed it in Berlin on my laptop. I remember programming a bunch of drums. I think I used a whole bunch of drum takes that a friend had played, on another song entirely, and time stretched and edited them into place. Really, I was just trying to create a complete sound, even if it may be a demo. We built this long outro section, with Tim’s stacked vocal harmonies and a guitar solo. We weren’t thinking in any way about where this song had to fit or whether it would be released; we were just letting the song direct us. Sometimes, in writing, I can try to push and nudge the song in a direction; generally, it works better though, if the song pushes me.

We put “Pretty Strays” down in the first of the album recording sessions, direct to tape. At the time we didn’t know what these sessions would lead to, so there was a certain rawness and freedom in what we were doing. I wanted us to sound like Crazy Horse – at least, at the end of the song. Neil Young’s guitar playing in that band has been a real inspiration over the years this album has come together.

TC: We recorded this one all together in one room it was late in the day and we just decided to record this one before we finished up. I played piano which I’m not very good at. Oscar sat behind me playing guitar, Joe played bass and Ryan was behind a screen playing drums. He had a sizzle on the cymbal, which I really like. Later we added Rhodes through a guitar pedal and the vocals. The outro section is one of my favourite moments on the album. It just came together in the studio that way. The song’s about creepy dreams.

Stream ‘When The Storms Would Come’: