“This is only the second record release party I’ve had,” Yoakam told his fans at an oversold Whisky A Go-Go, just a few doors down from the Roxy. “Thanks for letting us make some mischief. We’ve already blown up an amp or two.” During the tight, 100-minute set, the country icon and his crack band steamrolled through 22 songs, spanning from that first album through the new music. Confined somewhat by the postage stamp-sized stage, Yoakam still managed to do enough of his famed leg swiveling, which provoked joyous screams from the 500-person audience.

It was a fitting return to where it all began for the 58-year old: Musically, Second Hand Heart exhibits a youthful rebellion and exuberance that recalls Yoakam’s early cowpunk spirit, while thematically, it deals with adult themes of overcoming cynicism and doubt in matters of the heart. A few days before the show, Yoakam talked to Rolling Stone US over almonds and soda in his West Hollywood office, opening up about his newfound optimism and the album’s salute to his Southern California forbearers.

Next year will mark 30 years since the release of your debut album, Guitars Cadillacs, Etc. Etc.. Does it seem that long to you?
No. But I’m really gratified about having been able to have 30 years to do it and to still be able to make music. I remember all the moments.

In some ways, Second Hand Heart feels like a continuation of 2012’s 3 Pears, in both spirit and especially that you continue playing electric guitar.
There are things that happened in my career if I look back. . . You can take the first three albums; They’re a trilogy in a weird way. The second three, If There Was A Way, This Time and Gone, are kind of their own trilogy sonically in emotional expression and intent. Then A Long Way Home, Tomorrow‘s Sounds Today and then Blame the Vain would have maybe wrapped that up. And then you have 3 Pears, now this, and the next album is there beckoning to be recorded and [for me] to finish writing it. There’s a lot of material.

It seems like Beck, who produced a few tracks on 3 Pears, had some influence on this new album, as well.
I picked up the electric [guitar] and I’d been fooling with it, but he certainly gave me a confirmation that my instinct was right. Again, he confirmed instinctual behavior. That’s what [Second Hand Heart executive producer/WB exec] Lenny [Waronker] all those years ago was saying. One of the earliest conversations I ever had with Lenny was in 1986 after seeing me at the Roxy at the record release party. He called me the next day and said, “Look, we don’t know each other, other than last night, but if anybody ever tells you go against your artistic intuition or instinct, don’t listen to them.”

Can you think of a time when you followed your gut and it turned out horribly wrong?
No, I don’t think so. I would do some things differently. I would indulge listener’s desires maybe a little further and maybe do something again that I had already felt that I had done but maybe wasn’t on the surface as entertaining to me to revisit. But my instincts serve me pretty well artistically.

How did the title track for Second Hand Heart come about?
“Second Hand Heart” came later in the process of making the album. But by two-thirds of the way through the album recording, I realized that “Second Hand Heart” was probably the title track for a variety of reasons, but principally because it just seemed to be a thesis of cynicism being confronted with some degree of hope. You know the great quote that was used at Bobby Kennedy’s funeral when [Teddy Kennedy was] eulogizing him was [paraphrasing], “Many people see things as they are and ask why. My brother saw things that weren’t and asked why not,” and that’s kind of what that other voice in the song is saying [about love]. “Yeah, why not. Let’s try anyway.”

While not every song on Second Hand Heart has a happy ending, overall there’s a tremendous sense of optimism that you haven’t always expressed on your albums. Was that on purpose?
Well, there’s a musical happiness, too, that’s going on. Maybe that leads some degree. There’s sorrow and sadness in other things that I’ve written over the years and maybe it’s like, “OK, enough.” But it’s not conscious.

And I also imagine, not autobiographical.
I didn’t sit down and say well, so this has happened to me today. I’m not a journal keeper and never have been. I have random thoughts and interactions in my personal life that become catalyst for song ideas, but then that’s where the journalizing stops. It is, basically, a thematic catalyst. What’s really important is that they live beyond me. Hopefully, it speaks in a more universal way.

You wrote eight of the 10 songs here. You generally write alone, although you co-wrote one of your first hits, “It Only Hurts When I Cry” with Roger Miller. Did that spoil you?
It was so organic and so easy because of his naturalism and wit and ability. He was a true genius. Roger knew when to say, “No, you’re right. That’s good. Leave it alone. We don’t need it.” Roger would defer very quickly because he had a great internal artistic barometer, and he’s just one of the true giants in pop music writing.

What did you take from that going forward as a songwriter?
It is very hard to find anybody else in the world that would be as conducive to elevating what you’re doing alone. You want something that makes one and one makes three. You hope that what each party is bringing to it elevates what either one of you have done on your own. 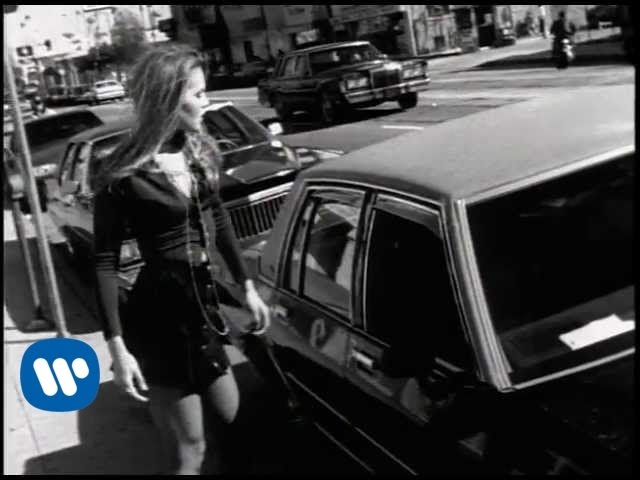 Musically, there’s very much a sense of place, of Southern California, on this album. It feels like an homage to the Byrds, Chris Hillman and Brian Wilson in parts. Was that intentional?
The song “Believe” is a Byrds’ kind of California electric, folk rock guitar. It’s not a 12 string. . . That’s actually two six string guitars that sounds a bit like a 12 string. . . “Second Hand Heart” has [a build] in it too [that’s] paying homage to Brian and the Beach Boys in Pet Sounds and then “Good Vibrations.”

Is there a Byrds’ album that you find yourself going back to?
The Byrds Play Dylan. I had that when I was in college. It came out in the Seventies and it’s all the stuff of Dylan’s, in addition to “Mister Tambourine Man” and “Nothing Was Delivered.” That entire album, I played over and over.

What did you think of the epic 35-minute speech Dylan gave at MusiCares in February?
Thought it was fantastic. I said, “You know what, I don’t seem bitter at all after that speech.” [Laughs] It was a great dose of tongue in cheek. It was wonderfully refreshingly honest and politically incorrect and therefore, pure.

You are starting to be referred to as “legendary” in stories and press releases. How does that make you feel?
Well, John Huston’s old line that Robert Towne wrote in Chinatown — it’s one of the great film lines — where he looks at [Jack] Nicholson and says, “Well, you know, Jake, what they say: Ugly buildings, politicians and whores all get respectable if they last enough.” So, you know, even rebellious upstarts get respectable if they last long enough.