It’s been a big year for twin brother’s Cosmo and Patrick Liney of Cosmo’s Midnight. Riding high off the success of 2014’s “Snare” — which, to date, has racked up over half-a-million plays on both Soundcloud and YouTube — in July, the Sydney duo partnered with rising Perth vocalist KUČKA for the sultry-sweet electro-pop gem, “Walk With Me”, which came complete with it’s own quirky 90’s themed video featuring huskies, scooters and dance routines in nylon tracksuits.

Both singles feature on the twins’ new Moments EP, which debuted at #2 on the iTunes electronic charts this week. Come February, the duo will take their live show on the road for a national tour, supported at all dates by KUČKA.

Rolling Stone recently spoke to Patrick about the new release, Australia’s electronic music community and their perspective on the controversial festival drugs debate.

How was the process of recording the new EP? And how has your work changed since the first EP?
Patrick Liney: On this new EP we didn’t want to go in with a concept theme, like when you do a concept album or something. We just wanted to see how we could flex our musicality and creativity and sort of bring in all these disparate inspirations to create a kind of tapestry on our EP. On our first EP we wrote [it] all within a very brief period, but on this one we took a long time to bring all these ideas together so it was a lot more drawn out process. I think it sort of worked better and we’re really happy with it.

As twins, is it easier to stay on the same page when laying down a track or do you find that it can sometimes make it harder?
Being twins is awesome because we can be as honest as we need to be. Whereas when I’ve worked with friends or other producers you end up treading on thin ice, you know, you have to be a bit more delicate. As twins, you can kind of get straight to the point – which is really good. Creativity comes first, so we smash out ideas quickly without having to think about whether we hurt each other’s feelings.

Counting the likes of Basenji and Waveracer amongst your friends, how do these relationships carry through to making music together and have you noticed that they have influenced the direction of the new EP at all?
Definitely! Even before any of us started doing music projects, we hung out and stuff because we met at uni. And we just used to chill, they used to make disco and stuff and Cos and I made other weird stuff. When we all started our projects, we all listed to the same music and we vibed it a lot. Then we all just started putting our own takes on it, so that’s just how it sort of kicked off. Even now, we reference each other — we’ll send each other tracks for advice and production tips. My mate Basenji lives 5 minutes away from me, so sometimes we’ll go to his place and play our music – open up on his laptop to have a fiddle around and see what we come up with. It’s very collaborative, even if it doesn’t say featuring Basenji or Waveracer, we still bounce tracks off each other just to kind of get a point of reference.

As you’ve emerged, you have developed some strong ties with other acts in the industry and there seems to be a tight knit community among the Australian electronic scene. There’s a lot of people like Nina Las Vegas and Flume for example championing the rising crop of local electronic acts and being quite vocal about it. Do you think that these efforts have contributed to your success?
Without a doubt. Nina Las Vegas is probably one of the most supportive people in the industry — I can’t even count how many careers she’s made. She’s done so much for people. She [set up] Flume, Tkay Maidza, Wavey and even UV boi, putting him in touch with Ryan Hemsworth to do a collab [Gods]. She does so much work for the industry and she’s an amazing person. With Flume especially, he sort of carved the pathway for people to make it in the industry that were making left field music. He chose our remix for the [Sleepless Beatport] competition to win so it definitely helped, which we did like 3 years ago now. Yeah, those two — Nina and Harley [Streten, aka Flume] are both champs. They’ve done so much for this scene and Aussie music.

Are there any acts that you guys have got your eye on? Going back to the solidarity of the genre, have you been able to assist in the development of any upcoming talent?
Yeah there’s this guy from Sydney that’s been under our nose the entire time, but I didn’t know about him until Waveracer showed me him. His name is swindail — he makes really janky, hip-hop/jazz inspired music that sounds really new. I don’t know how to explain it, there seems to be a revival of that sort of sound on SoundCloud at the moment and it’s very popular. We ended up supporting him at his Sydney show which was really cool. I think he just finished high school this year, and he absolutely nails it, it seems like people get younger every year which is really hectic. 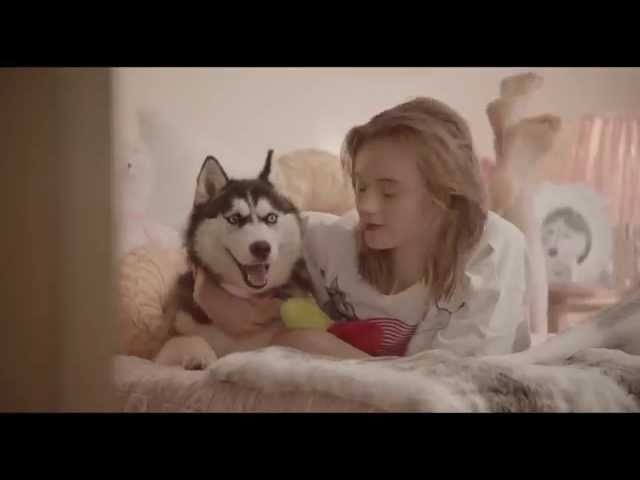 Moments is out under an umbrella of Sony. Are you expecting things to evolve more quickly now that you’ve moving towards major label representation?
Oh it’s definitely helped. We’d always put out stuff independently up until “Snare”, and once that came out it was kind of the first time we were really able to take our stuff on the road and get a great response. You can can make music and push it yourself, but once you’ve got the backing of a label you can sort of take it to the next step. There’s obviously self-made people, and mad props to them but it’s very rare to be able to break into the industry on your own. Amazing labels like Future Classic, they’re another great label that pushes out people in our position as well. It’s just cool that Sony is sort of branching out to smaller acts as well and doing that same thing — Sony picked up Joy as well and UV boi.

You recently played OutsideIn where you debuted your live set. As the electronic genre continues to gain traction and artists are moving away from traditional DJ sets, do you feel like it’s becoming more important for electronic acts to develop a live show?
I think it’s important on a personal level. Especially since there is two of us performing [as Cosmo’s Midnight], doing a DJ set definitely gets a bit grinding after you’ve been doing it for a while. So it just felt natural to start bringing out an SPD-SX, which you’ll notice a lot of bands using to put electronic kits along with their acoustic ones — but since our music is all electronic, I’m just using an SPD-SX and I drum with that. My brother [Comso] plays an MPK25 which is just a keyboard and we just stem mix our stuff so we can play the backing tracks underneath and play what we want on top. But yeah, I feel like it’s a step that most people should aspire towards at some point — just because I feel like as long as you do it in a genuine way that doesn’t feel gimmicky, it can be very rewarding for both the performer and the audience.

In regards to your live show, what can fans expect from a Cosmo’s Midnight show?
So we play pretty much all our own music, we play maybe one or two tracks of other people’s stuff as tools to blend some of our stuff that might not work instantly. We’ve written extra live edits so we can bring something extra to the live show. I play drums and my brother plays keys so it’s really fun, non-stop – a continuous set. It was really fun figuring out how we were going to blend our tracks together and write some instrumentals to tie it all together nicely. It’s definitely more of a cohesive experience – it’s very, I don’t know how to say it… sort of like a journey I guess, where you come from the start of the set to the end and weave between songs using unique compositions that we’ve written just for this set, so it’s pretty fun.

There’s been a lot of discussion around the dangers of drugs, particularly at festivals. With the unfortunate events of Stereosonic of the last few weeks, electronic music seems to be at the forefront of these discussions. Do you think that providing on-site testing is a way to eliminate some of the risk? Or is there something else you think can be done to provide a safer environment or more education around drug taking?
I definitely think that straight out banning is not the solution and that either providing places where you can abandon your drugs without penalty if you decide to change your mind. You should be able to bin them without repercussion or there should be testing kits available as well so people know what they’re getting — especially in Australia where it’s maybe of a different quality to other countries because we’re so isolated. I think the way we are currently looking at it is fear mongering in a way, without getting too much on it. I think our current stance on it needs changing.

As we come to the tail end of the year, we’re starting to see a lot of year-end lists appearing. What have been some of your favourite releases of 2015?
I absolutely love the Tame Impala album [Currents]. I saw them at Sydney Opera House recently. It was a little bit quiet, but it was an amazing performance — they’re such a well drilled band and that was great, so that might be album of the year for me really.

There was a Disclosure album that came out that was pretty cool but I liked the previous one more. I don’t know who else is putting out albums at the moment, it seems like everyone is gearing up to early 2016 releases. It’s leading up to be an exciting time for a lot of people. I’m interested to hear the new RUFUS album.

What’s next for Cosmo’s Midnight?
We’re going to be doing an EP tour from February to March, and then as long as all our visas get sorted out we’re going to be going to America in March to play some shows and do some writing. Then we head off to Europe to do the same. It’s definitely a first for us, because we’ve only been to Japan and Indonesia before to play music — so going to America will be cool, we’re excited about that.

‘Moments’ is available now on iTunes and you can catch Cosmo’s Midnight playing live in early 2016. Dates and ticket info available here.