“It’s a big thing that Australian music is as good as any other music from around the world,” comments Guy Blackman from his lounge room in the leafy suburbs of Melbourne. Tall and lithe, he leans from a couch that sits metres from a shelf that has to hold about a thousand records. Hyperbole for anyone else except for Blackman, the founder of Chapter Music, one of Australia’s most enduring and popular independent labels for the past twenty four years.

“We buy a lot of records. But the new stuff we buy would be 90% Australian”. Sitting across from Blackman and bubbling behind a handlebar moustache, is Ben O’Connor, the other half of Chapter Music. Even on a Monday afternoon, a period usually reserved for recoiling after the weekend’s damage, O’Connor is in high spirits, eager to share stories about the past two decades.

Together, these two men have been responsible for some of the most influential and important releases of underground Australian music – from cult figures Minimum Chips, Sleepy Township, and Sea Scouts to contemporary Australian heroes such as NO ZU, Twerps and Dick Diver, Chapter Music has been a perseverant home of fierce, strange and incredible Australian independent music.

On Saturday, March 5th, Chapter will be celebrating their 24th year in existence with their aptly titled Chapterfest 24 at the Gasometer, which features label staples such as Twerps, Crayon Fields and The Stevens, as well as newcomers Little Ugly Girls and The Goon Sax.

Ahead of these festivities, Rolling Stone sat down with Guy Blackman and Ben O’Connor, to get a retrospective of the label, from the early days of compilation tapes, to the misrepresentative banner of “dolewave”, and the passions, inspirations and qualities that have allowed Chapter to evolve into the institution it is today.

Even with the impact of The Scientists, The Triffids, Tame Impala and more, Perth still feels so far away. A hard place to get something creative beginning. But really, that’s just East Coast naivety; “I guess there was a sense that we were so far away from the rest of the country, no one paid any attention. But there was a good independent scene before I showed up”, Blackman reminisces.

“There were a few labels that had started up that I was inspired by, so I wanted to put out a cassette. And then in the process, kinda ditched the fanzine,” he laughs.

Despite enthusiasm, Blackman admits wryly that whilst in Perth, there was a “sense that you would get out of there eventually. All you have to do is live in Perth for five years and you become an icon.”

He moved to Melbourne at 21, and although he met the city with initial hesitation, (“It was a lot of back and forth”), he eventually settled, and let the label grow. It was also where Ben O’Connor came into the Chapter Music fold. Although he only officially joined Blackman as a partner in the label in 2007, he started helping in the mid 90’s. “I was a huge fan, and was helping out however I could, like manually putting records together!”

With the relocation, Chapter starting developing and hitting a new stride – “Everything was a success, every record was exciting!”. Blackman perks up when remembering the beginnings: “Sea Scouts was the first vinyl we ever put out, and they were the first Tasmanian band we’d ever put out, so it felt like we were expanding!”

Sticking to the Script

In 2001, Chapter Music put out heir first widely popular release, Can’t Stop It, a compilation of Australian post-punk between 1978-1982. The record widened Chapter’s reputation as archivers, a quality they’ve maintained to this day.

“I’ve always been a music history nerd, and I like the idea of tying threads together. There’s a continuum of interesting music before Chapter was around and bringing it to people’s attention.” Blackman explains. “In my mind, this is our version of what culture should be, what is worth paying attention to; that can be now, that can be the past.”

It’s the difficult work of Ben and Guy that makes a Chapter release so special – O’Connor goes into detail about the multi-year long process of re-releasing material from forgotten artists. “To me, that Smokey record [How Far Will You Go?, released 2015] is as exciting as any new record we put out. It was satisfying to introduce that to a whole bunch of people, satisfying to work with artists whose work had been ignored, who were finally getting attention and a small place in history.”

With Chapter growing in popularity, the label began to take on a more concrete and widespread image amongst the Australian music scene as a home for the homeless, where band’s that didn’t necessarily fit anywhere could be pushed as hard as any other release on a major label.

“It didn’t feel like there was any other avenue for this music to be heard,” explains O’Connor.

For Blackman, the pull to stay independent and strange stemmed from international contemporaries: “[In] the early to mid 90’s there was a strong upswing of independent labels and ideas all around the world that was really inspiring for me. Mail-ordering cassettes and 7 inches from around the world, and wanting there to be an [Australian] equivalent”.

Whilst other labels pecked at trends, Chapter released albums from the fringes. In their entire existence, they have only ever released material from one all straight, white male band (The Stevens). Why? “I think it’s a combination of my politics and my taste,” explains O’Connor, “Riot Grrl [had a] huge impact on the way I thought about and listened to music. It was a revulsion of straight white male culture. The things that I liked seemed antithetical to that and seemed against ideas of commerce.”

“I think Chapter is a testament to the ideal that there’s no such thing as bad music, just bad examples of music,” reflects Blackman. “In every genre there’s someone doing something amazing.” Taking in a wide swathe of acts, Blackman’s statement bellows with truth. The label is consistently viewed as one of the most predictable places to find unpredictable music, from the heartbreaking folk tremors of Kath Bloom to the hot breath synths of Standish/Carlyon.

In 2011, Chapter faced their first case of pigeonholing when they released two groundbreaking debuts from a pair of then-unknown acts — Twerps and Dick Diver. Tied through an affinity for the sounds of 80’s Australiana, the mini-movement that accompanied these bands was coined “dolewave” by a Mess+Noise commenter, a discriminatory tag that started to follow Chapter and its bands around.

On the one hand, Blackman and O’Connor found the tag hilarious, (“None of the bands were probably on the dole”) and were happy to see a change in people’s collective imagination of what Australian pop could be. But there was also frustration and disappointment at the short-sightedness of the brand.

“Everything got lumped together, this idea of guitars and pop, rawness and unaffectedness. [But] the idea that the music was lazy, that was the only thing that bothered me. It takes a lot of effort to make things sound effortless”, Blackman says. “They’re both bands that I really consider to be quite sophisticated musically in what they leave out and what they put in.” 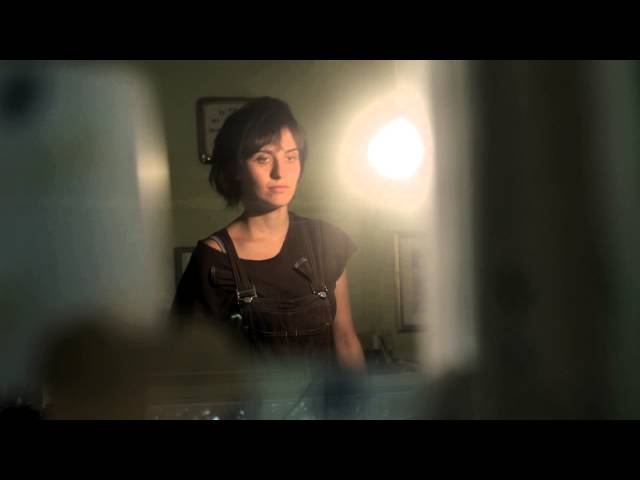 “It really annoyed me, the idea that these bands were apathetic or apolitical, it was so insanely wrong,” exasperates O’Connor. “Dick Diver was more about investigating ideas about Australian identity, rather than being a celebration of an Australian-ness. To me, those are very different things.”

Since the release of these albums, both bands have gone onto local and international acclaim, becoming beloved household names. Meanwhile, Chapter Music still release a catalogue as disparate as ever.

O’Connor laughs, “Some people have a misconception of the label as being a scratchy guitar pop label, people are surprised we’re doing the NO ZU record, you guys don’t do dance music. What the fuck are you talking about!? We’ve been putting out dance and electronic records for over a decade!”

At what point does a label become more than a whimsical logo attached to a record? When does it become an entity, an identity? Is it the amount of records someone puts out, or the passion they direct into every release?

When speaking with Guy and Ben, it’s hard to disagree with the latter category – any time a release of theirs is mentioned, their eyes light up, and their voices gain in pitch. Whether the album has yet to come out, or it was Guy’s first release, the reaction is the same, a response that feels rare in an industry that breeds cynicism.

“It’s the joy and excitement of sharing something that we believe in. We hear more good music than we can put out, and bitterness doesn’t come into the picture,” beams O’Connor, “I want as many people to hear our records as possible!”

“We’ve wanted to change the culture to align with our tastes rather than change what we do to align with popular tastes,” says Blackman. “We’ve spent the last 20 years feeling like we’re slowly chipping away at what music can be and can mean in Australia.”

“Even at the start, even when it was tiny, it was my life’s work. I always thought of Chapter as the most important thing that I was doing. I always wanted Chapter to be seen on the same level as the labels that I looked up to – Flying Nun, or Creation Records, or K.”

With the records they’ve released, the genres and scenes they’ve spotlighted, the cast of players they’ve brought to mainstream attention and the unrelenting drive that’s accompanying it — Chapter Music easily reaches its destination amongst the revered. From Blackman’s small bedroom project in Perth, Chapter has grown into an unofficial slogan of “See the logo, buy the record, even if you don’t know the band.”

Here’s to another twenty-four years under the cult of Chapter Music.