Fresh off his recent Australian tour with labelmates Atmosphere, seasoned MC Brother Ali checks in with Rolling Stone Australia to talk fervent Australian fans, bringing love to light in dark times on new album All the Beauty in This Life and being a target for harassment from the US government.

You were in Australia recently touring with Atmosphere. How did that all go?
That was incredible. I love coming down to Australia, I’ve been about five or six times now, and it’s gotten better over time as I’ve been able to connect more with Indigenous Australians, which has broadened my whole experience. This was a really great trip. Australian audiences know how to really engage at a show – you don’t have to coax them or train them, they’re in the room because they want to participate. They’re some of the best fans, and I’m not just saying that cos I’m talking to you!

On your new album you talk about being branded a ‘SSSS’ security risk by the US government…
I’ve been harassed and humiliated at airports. Muhammad Ali’s son has also recently turned up on one of these lists, and he’s been harassed in airports lately within in the US. So the son of this great American hero who passed away not too long ago and was celebrated as one of the greatest Americans who ever lived, he’s being harassed and detained and interrogated, and it’s ultimately humiliating.

That’s because of the fact that in the west the fear of the moment is the Muslim community. The Muslim community, like any other community, is by and large people going about their private business and living their lives, and there’s been a choice of both recolonising a lot of the Muslim world and stirring up social and political unrest in that part of the world. And then also putting a focus on the fallout of people responding – because obviously there’s very different responses when people are humiliated in that way. So much of what we see as these extreme militants groups and people that engage in guerilla warfare on innocent people is a complete betrayal of the Islamic prophetic message.

The overwhelming majority of the Muslim world sees that as a betrayal of the prophet Muhammad. Much of that is in response to people feeling humiliated. I think it’s really important that we have both sides of that conversation – that the majority of the Muslim world, myself included, completely rejects harming anybody who’s innocent and rejects terrorism. It couldn’t be more clear in the Quran that harming innocent people is like you’ve killed all of humanity. That’s what terrorism does – it’s almost as though you’ve blotted out somebody’s human right to exist and to live and to be free and to go about their lives.

It’s the kind of conversation not many people seem comfortable undertaking…
It’s also important to talk about – not that it would ever justify killing innocent people – where the anger is coming from. We can say that it’s displaced anger, we can say it’s a poor response to anger, but where is that anger coming from? And the reality is that people on that side are being killed as well. These countries that we live in and pay our tax to and pledge allegiance to, they are also killing innocent people. And people in those countries aren’t able to determine their own destiny, and they’re not able to live out their lives in the way that they choose.

There’s a great western writer, Peter Ustinov, who said “terrorism is the warfare of the poor, and war is the terrorism of the rich.” I made a song and video about this called “Mourning in America”, and it touches on the reality of innocent people dying and suffering being a universal thing that’s happening on both sides. And for me who’s a person who lives in one of these heavily industrialised, technologically advanced and militarily advanced countries, I tend to approach a problem looking at it as “what part of this problem am I and the people that represent me?”

The fact is I’m a Muslim, I’m a human being, and I’m American means that my vote and my tax money is supporting the largest purveyors of war in the world, which means that we’re the most violent nation in the history of the world. All I can say is this is an ongoing concern.

Despite all the fear and hate, your new LP is fuelled by love and positivity…
My whole life is a story of having a unique perspective and that’s one of the things I offer as an artist. I hope that musically it’s good music and as rapper I’m rapping at a high level, but the thing is I’ve always had a unique perspective on things, so my perspective has always been a little bit different to the common way of understanding or interpreting things and doing things at the moment.

My very political album, Mourning in America, Dreaming in Color, came out when Obama was President. That was a very complacent time for a lot of people. You look at leaders and they have personality and policy — in terms of policy, Obama was doing some things that were really destructive, but his personality was so incredible and this symbol of this beautiful black family in the White House was major for us — it felt very validating and healing and it captured our imaginations in a very real way. So I made a really political album during that time, which struck some people as odd. Now is the time for some healing. 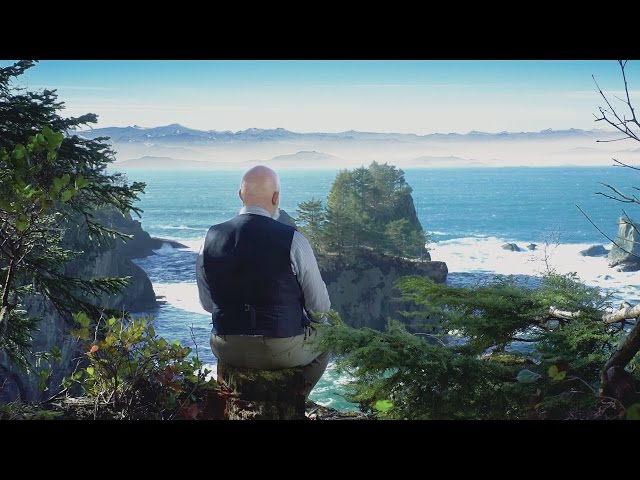 Ant from Atmosphere, an old friend of yours, produced your new album. How was it teaming up with him again?
That was a beautiful thing. I made almost all of my albums with him, and he’s one of my closest dearest friends and I think that had a lot to do with the tone and focus of the album as we as friends got to reconnect and rekindle this brotherhood that we have. We help each other navigate life and process and understand what’s happening in our lives, and that spills over into the music.

Why the five year wait since your last album?
I put out a variety of different projects in that time, but I found myself reaching a state of despair, which is a spiritual conflict that occurs when you’re losing touch with gratitude and perspective, and I realised I needed to get more in touch with myself and my community spiritually, so I set out to seek that.

So part of the time that I spent away from the stage and the mic was me realising that these songs that I write and these shows that I do, it all comes from the heart, and if our heart’s not in a good state then what we’re offering people is not the best that we can possibly offer. So after feeling that sense of despair I needed some healing. When I’m wounded or go through something traumatic or something painful, a certain type of symbolic death, then what I’ve realised is that I’m not only able to document the pain, but also the healing, it really allows the listener to take that journey with me, and we heal.

Do you think there’s an opportunity for a kind of spiritual awakening in Trump’s America?
I think that opportunity is always there, as long as we’re alive there’s always the chance to access our hearts and bring our hearts back to life. But often times people are veiled and they live in denial about reality. Sometimes the benefit and blessing of living in a time where the dark things are overt and out in the open and unveiled, is that it becomes a blessing to really see things for what they are.

A lot of the things that the current president of the US is doing, they’ve been done around the world and are continuations of trends that have been going on for a long time. It’s just that most of the political leaders that we have are wise enough to move very slowly and be very discreet about what they’re doing and put a nice veneer and polish on the ugliness. So these things kind of grow underneath us without us necessarily realising that it’s happening. Not that this man’s presidency is ever desirable or favourable or anything like that — it’s a catastrophe.

In a way that’s what America has been lacking and it’s an opportunity that a lot of us can take – as Australians, as Europeans. Our counties have a lot to do with colonising other places and people – it’s a chance for us to really take stock and to reset our moral compasses and ask “what does it mean to be me? Should people suffer for me to be in the state that I’m in? Does their suffering matter to me? Do I want to live in a society that’s open and welcoming and embraces the others in society that feel alienated and targeted and feared?” These are really good questions to ask, and they really get back to the state of the heart.

How did you land on All the Beauty in This Life for an album title?
One thing that I’d love to mention is this idea of beauty really comes from the Islamic tradition and it’s not really talked about in the media. If we think about the fact that Rumi is the most popular selling poet in the west, if we think about beautiful Islamic geometry, the beautiful architecture of the Blue Mosque, and the beautiful buildings in places like Turkey and Morocco. Beauty was something that for a long time was part and parcel of the Islamic tradition, and over time the focus started to shift, and a lot of that was a response to colonialism.

The beauty that’s reflected in this project that I’m offering the world, that also comes from the Muslim community and the Islamic tradition. There might be a lot of things that people see as being intensely ugly, because it is – what ISIS does and these acts of terrorism are ugly beyond belief – and that is a symptom of a sickness that has arrived in a particular community. But beauty also comes from that tradition and the ugliness comes from the state that the community is in now after a hundred years of being colonised and being beaten up and being subjected to all kinds of humiliation and subjugation.

The beauty that I’m trying to project comes from the tradition of Islam, and that’s why white people in Australia are converting to Islam in large numbers, and the same in the US and the UK and Canada and Europe. People in these times – modern, western, educated people – are embracing Islam, because they feel real beauty there. Each person has to really wrestle with that, to say “the things that I’m seeing on the news are ugly, but is it really a possibility that an entire global religion, a spiritual tradition, that it’s just the ugly stuff that I’m seeing? Is it possible that there’s something else that this entire population is connected to that for whatever reason I haven’t been informed about?” If people see any value or beauty in this [album], I just want them to understand that.