Foxx, who started dating Dalle a year after she filed for divorce from Homme in 2019, detailed the alleged incident in a court filing that led a judge to grant him an emergency stay-away order.

The boyfriend claims he was inside an Apple Store at the Oaks Mall in Thousand Oaks the afternoon of Dec. 24 when Homme allegedly approached him from behind, pressed his chest against Foxx’s body, and said, “I’m going to kill you, you fucking pussy.”

Foxx, 38, claims that when he eventually left the second-floor store after backing away from the exchange, Homme was waiting for him outside. He claims Homme “lunged” at him, threatened to “throw” him over the balcony, and grabbed his right arm, according to his petition for the temporary restraining order.

“He then attempted to use the momentum of his upper body combined with his grip on my arm to throw me over the rail. I could feel one of his fingernails digging sharply into my hands. In that moment I truly felt that he was going to throw me over the balcony to my death,” Foxx wrote in his sworn statement. He included a photo of his alleged injury in his petition. 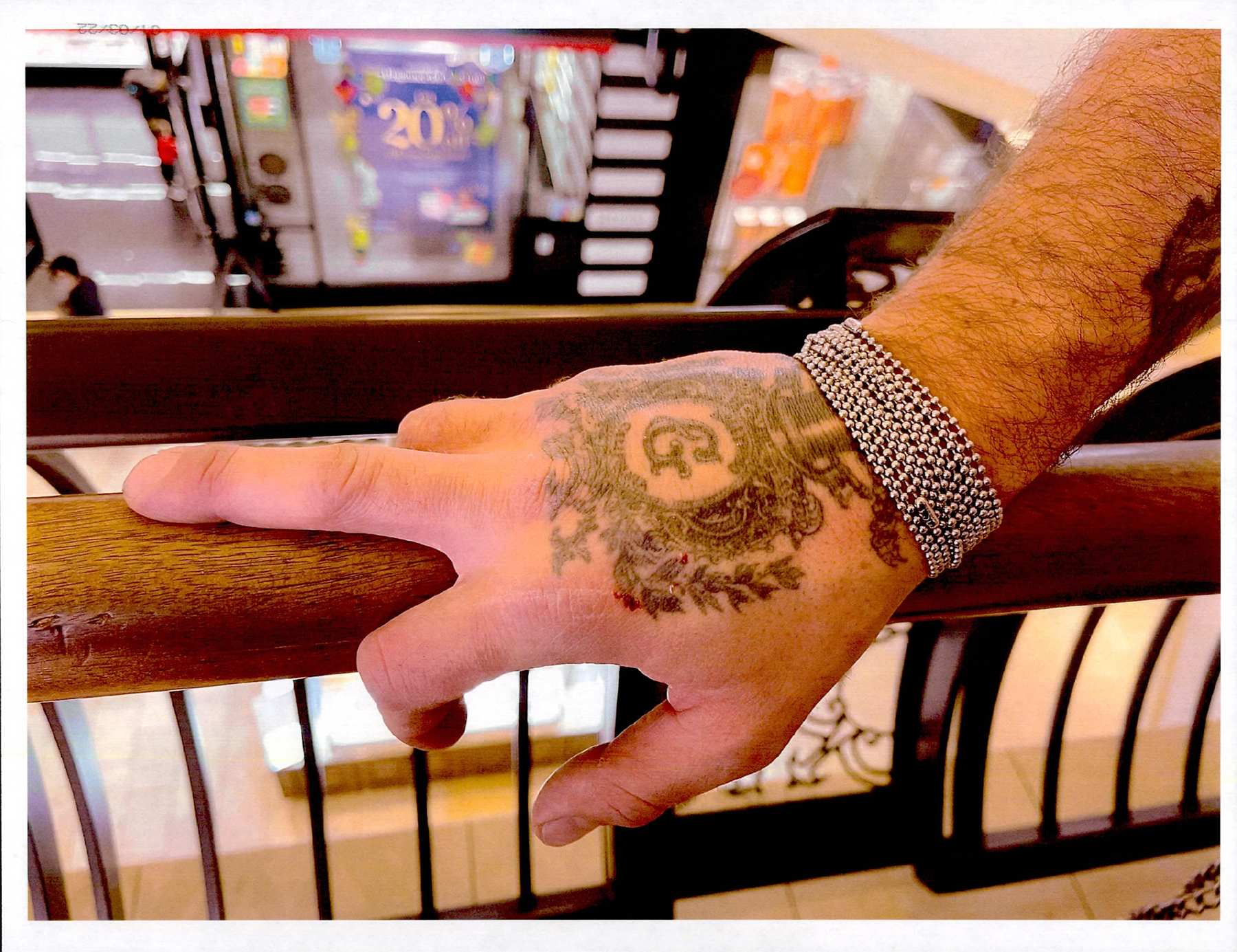 “lt was an indescribable terrifying and surreal experience to have someone try to take your Iife,” he wrote in the court filing that included a copy of the emergency protective order granted to Foxx by the Ventura Police Department officer who took his report the day of the alleged incident.

Reps for Homme had no immediate comment on Tuesday.

The Queens of the Stone Age founder has been locked in a bitter child custody battle with Dalle for months and allegedly called Foxx an “alienator” during the Christmas Eve encounter.

“I haven’t seen my kids in three months and it’s your fucking fault!” Homme allegedly “screamed” at Foxx outside the Apple Store, according to the petition.

Homme, 48, filed a petition for a civil harassment restraining order against Foxx on Nov. 12, claiming his ex-wife’s live-in boyfriend was intentionally interfering in his relationships and custodial time with his two young sons.

He claims Foxx filed “fraudulent, forged documents” seeking restraining orders for the boys against Homme back in September and has been “driving a wedge” between him and his children with “restrictive gatekeeping.” A hearing on the petition has been sent for Feb. 2.

Homme also previously sought criminal contempt charges against Dalle, 43, alleging she violated a court order by “failing” to turn over the couple’s three minor children for his custodial time.

After months of legal wrangling and a bench trial that Foxx attended each day with Dalle, a Los Angeles County judge found that Dalle, founder of the punk band the Distillers, was guilty of one count of “willfully” violating a court order by not delivering the couple’s 5-year-old son to Homme on Sept. 3.

In a series of other related rulings, he found that the couple’s 15-year-old daughter and 10-year-old son resisted visits with Homme of their own accord, citing Homme’s struggles with sobriety and his alleged threats against Dalle and Foxx.

Though jail time was possible, Dalle was sentenced to 60 hours of community service and a $1,000 fine.

“I’m relieved by the court’s decision. I don’t believe anyone should go to jail or pick up trash for protecting her children,” she told Rolling Stone after the hearing. “As a mother, I will always put my children first and protect them at all costs.”

In a statement to the judge ahead of the sentence, Homme said he was “willing to take responsibility for things that I do,” but he wanted “justice” and “one set of rules for both sides.”

A hearing involving the ex-couple’s dueling restraining orders against each other is set for Jan. 24.