Neil Young‘s 2014 book Special Deluxe: A Memoir of Life and Cars offered a tantalising glimpse at a 1976 recording session few fans even knew existed. “One night, [my producer] Mr. [David] Briggs and I jumped into [my truck] Stretch and headed for his favorite place, Indigo Ranch Studios,” Young wrote. “I spent the night there with David and recorded nine solo acoustic songs, completing a tape I called Hitchhiker. It was a complete piece, although I was pretty stony on it, and you can hear it in my performances. … I laid down all of the songs in a row, pausing only for weed, beer, or cocaine. Briggs was in the control room, mixing live on his favorite console.”

The Hitchhiker tape – which features early, raw versions of classic songs like “Powderfinger” and “Pocahontas” alongside rarities like “Hawaii” and “Campaigner” – sat in the vault for 41 years before it was finally unearthed for a release as part of Young’s ongoing Archives series. It hits stores on September 8th. Young also recently unveiled a website that will supposedly house the next volume of his Archives box set. There’s no word on when that might come out, but it got us thinking about his legendary vault of unreleased music. Here’s a look at 15 recordings we’d love to finally see get an official release. (Note: We’re aware that this doesn’t include shelved albums like Island in the Sun, Old Ways I and Times Square. We wanted this to be our absolute favourite obscurities, which means a lot of live Crazy Horse and only the best unreleased albums.) 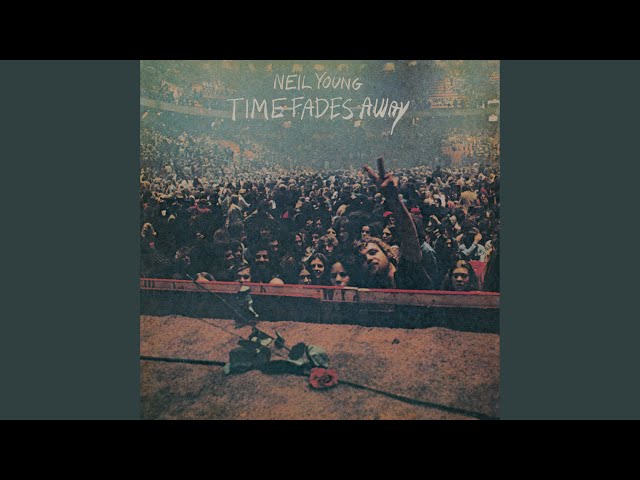 Neil Young was near the height of his fame in early 1973 when he launched a punishing 62-date arena tour that drove him to the brink of madness. Midway through he fired drummer Kenny Buttrey and brought on David Crosby and Graham Nash to help out with the vocals, but it did little to help him mentally cope with the pressure and monotony of life on the road. Many in the crowd were confused by the number of brand-new, unreleased songs in the show, and when he collected many of those tunes on the live album Time Fades Away he had his first flop of the 1970s. Hardcore Neil fans have grown to love Time Fades Away, and are intrigued by his promise to release more from the tour. “[Time Fades Away II] has a different drummer than what was on that album,” he said in 2009. “Kenny Buttrey was in there for the first half, and Johnny Barbata came in for the second. It’s a completely different thing, with completely different songs. 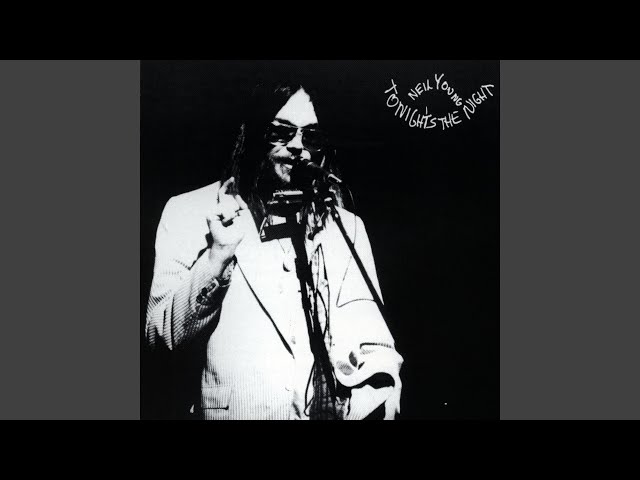 In Jimmy McDonough’s indispensable Neil Young book, Shakey, he reveals that producer David Briggs had a cut of Tonight’s the Night that was even rawer and weirder than what ultimately came out. “I diluted it,” said Young. “I had to. The pure, essential Tonight’s The Night was more of a work of art than what came out, because it was the original shit. … There was a whole bunch of shit, and that made is so eerie. It’s just so fucking drunk and hysterical. We were really out there – swearing, knocking the microphone, giggling and carrying on. It’s funny how different it was. … We could recreate it. We got the masters and we got the raps.” Let’s hope they do that. The world needs to hear this. 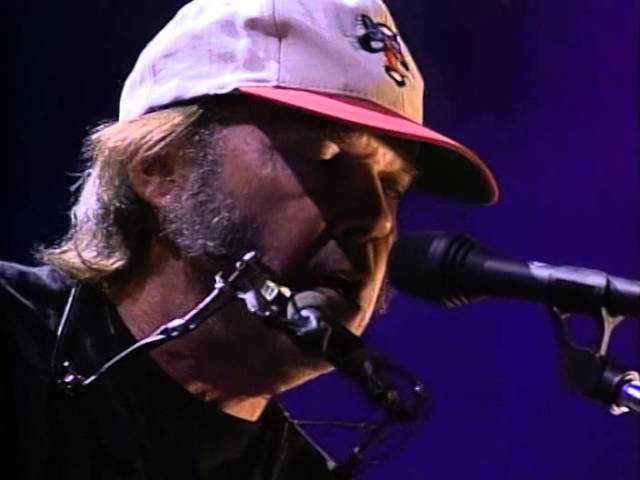 New songs were coming to Young so quickly in the mid-Seventies that his label couldn’t possibly keep up. That meant more than a few albums got shelved. One of the more infamous ones is Homegrown, a country-flavoured LP he opted to hold back in 1975 in favour of Tonight’s The Night. Many of the songs surfaced on later albums or his live show, but Young has pledged to “rebuild” the album for the second box set. It will likely include wonderful obscurities like “Try,” “Love Art Blues” and “Love Is a Rose” in addition to the title track, an ode to the joys of growing your own marijuana.

The death of Crazy Horse guitarist Danny Whitten in 1972 threatened to destroy Young’s garage band after just a single album, but in 1975 he recruited Frank “Poncho” Sampedro to take this place. The new lineup quickly cut Zuma and then hit the road for an overseas tour. There are great recordings of shows in Japan and Europe where the Horse is playing at its absolute pinnacle, with Young delivering a tender, solo acoustic set at the beginning of the night. There are even some shows filmed by a professionally camera crew, which could make for a very compelling live package should they ever get around to it.

The Stills-Young Band lasted a mere 19 shows in the summer of 1976 before Young decided to turn the bus around and head home – never mind the fact the tour wasn’t even close to done. “Dear Stephen,” he wrote to Stills in an infamous telegram, “funny how some things that start spontaneously end that way. Eat a peach. Neil.” Luckily, a good many shows had been captured on tape before Neil bailed. They feature Buffalo Springfield oldies like “For What It’s Worth” mixed in with Young solo cuts and CSNY tunes. The guitar battles between Stills and Young are amazing, and finally hearing Young sing on “Suite: Judy Blue Eyes” during the final encore is the cherry on top. 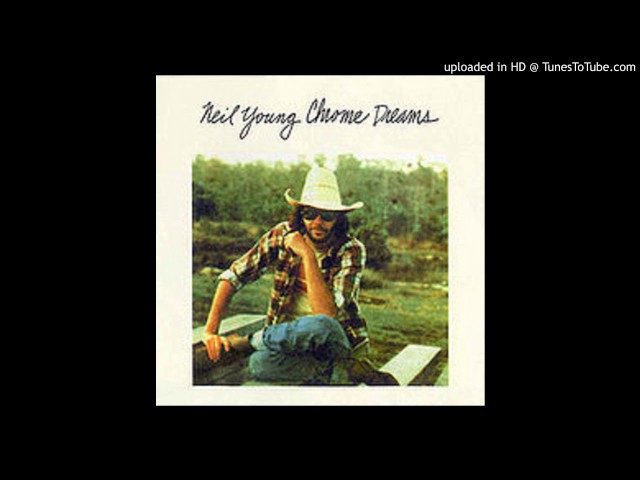 When Neil Young released Chrome Dreams II in 2007 only the true fans knew that the title referred to an unreleased 1977 album called Chrome Dreams. Songs intended for the LP like “Will To Love,” “Like a Hurricane,” “Too Far Gone” and “Sedan Delivery” wound up on other albums, though gems like “Stringman” wouldn’t see release for decades. Nearly any other artist would consider Chrome Dreams an absolute masterpiece destined to define them forever. For Neil, it was just something to toss aside and scrap for parts when the need hit. 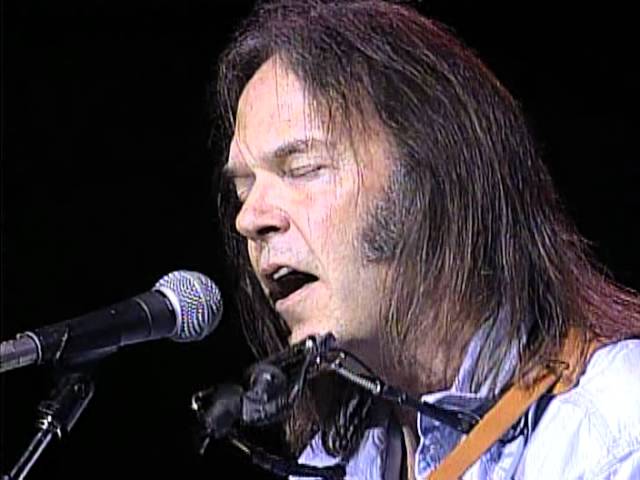 Neil Young isn’t usually one to listen to his label on musical matters, but for some reason when they asked him to add additional instrumentation to Comes a Time after he turned in a solo version, he acquiesced. The original Comes a Time has never surfaced, but it seems like something that’s likely to end up on a box set. He’s played songs like “Goin’ Back,” “Lotta Love” and “Field of Opportunity” solo acoustic at many of shows shows, giving people a pretty good idea of the original Comes a Time sound.

In late May of 1978, Neil Young played 10 shows at the tiny Boarding House in San Francisco across just five days. The lucky few in the audience got to hear the live debuts of brand new compositions like “Thrasher,” “My My, Hey Hey (Into the Blue)” and “Ride My Llama.” Later that year he’d hit the road on the legendary Rust Never Sleeps tour, but the epic journey began at the Boarding House months earlier.

Live at the Catalyst With Crazy Horse (1984)

Crazy Horse had a really great 1970s and a fantastic 1990s, but the 1980s was their lost period. There were long tours in 1986 and 1987, but they were little more than retreads of Rust Never Sleeps from a decade earlier. The only time they really attempted a forward-looking endeavor was the four shows they played at Santa Cruz, California’s tiny Catalyst club in February of 1984. Most of the classics were set aside in favor or new tunes like “Violent Side,” “So Tired” and “Your Love Is Good To Me.” Some of these songs wound up on the underwhelming Landing on Water, while others were never played again. Luckily, fans caught the shows on tape.

In March of 1996, a group billing themselves as the Echos booked a series of shows at Old Princeton Landing, a bar in El Granada, California. Word soon got out it was actually Neil Young and Crazy Horse preparing for the Broken Arrow tour with a 14-night run. Fans flocked to the dinky club from all over the country, catching killer, ragged shows packed with Seventies classics like “Roll Another Number” and “Like a Hurricane.” David Briggs passed away the previous year, and the shows were filled with cuts from Zuma, his favourite album. They haven’t done anything like this in the past 20 years, but the fans continue to dream.

From March to June of 1999, Neil Young played solo acoustic shows at theatres all over North America. He’d sit in the middle of a large collection of acoustic guitars, with a pump organ on one end of the stage and a piano on the other, and simply play whatever he felt like. Super rarities like “Ambulance Blues,” “Last Trip to Tulsa” and “On the Beach” entered the show after decades of neglect, blending perfectly with selections from his new album Silver and Gold. Any song in his catalog felt like fair game at any moment. He’s done a lot of great one-man shows since this, but none have been quite this majestic and magical.

Sometime in late 2000 or early 2001, Neil Young went into the studio with Crazy Horse and cut an album named Toast. The only song to see the light of day from these sessions was the brilliant “Goin’ Home” on the otherwise underwhelming Are You Passionate?, but for years Young has claimed that Toast is on the verge of coming out. “Toast is done,” he told Rolling Stone in 2008. “It’s an amazing listening experience. It was recorded in 5.1. It’s a mind-blowing record, and I don’t think it’s a commercial record, but it’s great rock & roll, very moody, kind of jazzy. It was recorded in the same place where Coltrane was recorded, so there’s a lot of heavy stuff in there.” Sounds amazing. When can we hear it?

Nearly every show on Neil Young and Crazy Horse’s 2003–04 world tour featured a complete performance of their new rock opera Greendale, with Bonnaroo as a rare exception. Facing an audience of young jam-band fans, they decided to ditch Greendale and just play a stunning two-and-a-half-hour set of classics, stretching some out for well over 20 minutes. Many in the audience were probably there to check out the Dead, the Flaming Lips or Widespread Panic, but Neil and the Horse gave them a show they’d likely never forget. 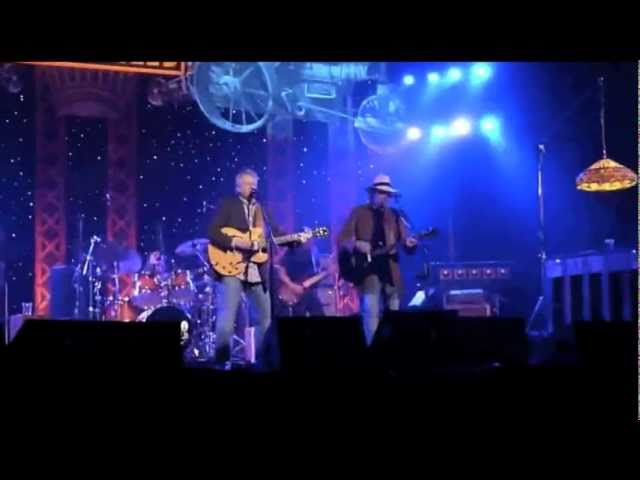 It was a sight few imagined they’d ever see: Neil Young, Stephen Stills and Richie Furay walking onstage under a giant Buffalo Springfield banner and breaking into the opening harmonies of “On the Way Home.” The reunion was born at the Bridge School Benefit in 2010 (their first public performance since 1968) and continued in 2011 with six California theatre shows and a Bonnaroo set. A planned 30-date tour was called off when Young lost interest, but the handful of shows were unforgettable. Furay still had his pipes, Stills had only became a better guitar player and Young-penned tunes like “Burned,” “Broken Arrow” and “Nowadays Clancy Can’t Even Sing” finally got to live on a concert stage again. 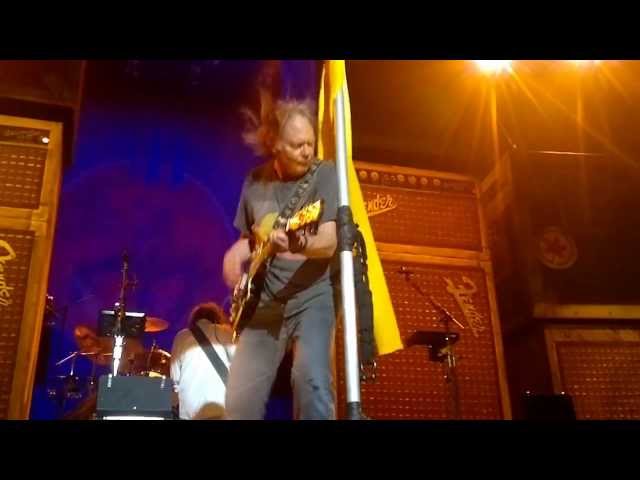 Just when it seemed like Neil Young had permanently dismounted from Crazy Horse, they cut two back-to-back albums in 2012 and then went on a tour that lasted two years. The 2012 gigs were marred by a set list that didn’t vary much from night to night and a heavy emphasis on subpar new material, while the 2014 shows were hobbled by the absence of bassist Billy Talbot as he recovered from a minor stroke. The sweet spot came in 2013 when the tour went to Australia and Europe. The sets got longer and unpredictable, with super obscure tunes like “Opera Star” and “Surfer Joe and Moe the Sleaze” finding their way into the mix. It ended prematurely when a road manager slammed a tour bus door on the hand of Frank “Poncho” Sampedro, but they got in 33 stellar shows before that unfortunate incident. Any one of them would make a great official release.