The Beatles‘ Sgt. Pepper’s Lonely Hearts Club Band, which Rolling Stone named as the best album of all time, turns 50 on June 1st. In honour of the anniversary, and coinciding with a new deluxe reissue of Sgt. Pepper, we present a series of in-depth pieces – one for each of the album’s tracks, excluding the brief “Sgt. Pepper’s Lonely Hearts Club Band” reprise on Side Two – that explore the background of this revolutionary and beloved record. Today’s instalment tells how John Lennon’s TV obsession led to the creation of “Good Morning Good Morning.”

John Lennon indulged in a myriad of mind-altering substances during the recording of the Beatles’ Sgt. Pepper’s Lonely Hearts Club Band, but his drug of choice may have been television. “A couple of weeks of telly-watching is as good as pot,” he professed at the time to biographer Hunter Davies. “I think a lot when I’m watching telly. It’s like looking into the fire and daydreaming. You’re watching it, but your mind’s not on it.” After the band vowed to abandon live performances in 1966, Lennon relied on TV and drugs to fill the enormous void left by the absence of the Beatles’ extensive concert schedule, which had provided structure to his life since he was barely out of his teens. “I didn’t know what to do,” John remembered shortly before his death in 1980. “What do you do when you don’t tour? There’s no life. What the hell do you do all day?”

His days were spent mostly horizontal at Kenwood, the 27-room luxury estate he shared with his wife Cynthia and three-year-old son Julian in the staid upper-class London suburb of Weybridge. He’d never been happy in the area, consenting to move there in 1964 at his accountant’s suggestion (Kenwood was the third house they viewed). “Weybridge won’t do at all,” he told journalist Maureen Cleave two years later. “I’m just stopping at it, like a bus stop. Bankers and stockbrokers live there; they can add figures and Weybridge is what they live in and they think it’s the end, they really do. I think of it every day – me in my Hansel and Gretel house. I’ll take my time; I’ll get my real house when I know what I want. … You see, there’s something else I’m going to do, something I must do – only I don’t know what it is.”

The constant motion of Beatle business had provided a long-term distraction, and now the downtime forced Lennon to confront the day-to-day realities and responsibilities of being a husband and father. Seemingly overnight, his self-styled existence, steeped in excitement, privilege and fierce individuality (not to mention fan worship on a colossal scale), had been replaced by a stodgy life he barely recognised. For everything he had achieved, for every wild childhood dream that had miraculously come true, Lennon still wound up trapped in the same cozy suburban haze he had often railed against.

Depressed, he dealt with the letdown by escaping into his mind at every opportunity. “If I’m on my own for three days, doing nothing, I almost leave myself completely. I’m just not here,” he told Davies. “I’m up there watching myself, or I’m at the back of my head. I can see my hands and realize they’re moving, but it’s a robot who’s doing it.” This sensation was no doubt aided by the mortar and pestle he kept nearby to mash together a dizzying array of pharmaceuticals onto one unpredictable mega-pill.

Cynthia grew distressed at how distant, apathetic and inert her rock-star husband had become. “When he was at home, he’d spend a lot of time lying in bed with a notepad,” she later said. “When he got up, he’d sit at the piano or he’d go from one room to the other listening to music, gawping at television and reading newspapers. He was basically dropping out from everything that was happening. He was thinking about things.” His estrangement from reality was so total, he often asked incoming phone callers, with genuine interest, what day of the week it was.

The songs Lennon wrote in this period are all meditations on the mundane; a child’s painting (“Lucy in the Sky With Diamonds”), a poster in his living room (“Being for the Benefit of Mr. Kite!”), a newspaper (“A Day in the Life”), all drawn from within the four walls of Kenwood. Another is “Good Morning Good Morning,” which owes its existence to his love of television.

“I often sit at the piano, working at songs, with the telly on low in the background,” he explained to Davies. “If I’m a bit low and not getting much done, then the words on the telly come through. That’s when I heard ‘Good morning, good morning.’ It was a Corn Flakes advertisement.” Kicking off with a pastoral rooster crow, the irrepressibly peppy jingle chirped out from the set: “Good morning, good morning!/The best to you each morning/Sunshine breakfast, Kellogg’s Corn Flakes/Crisp and full of fun!” The tune was at the same time annoyingly chipper and chillingly lobotomised. In other words, it was the perfect soundtrack to his world at Kenwood. 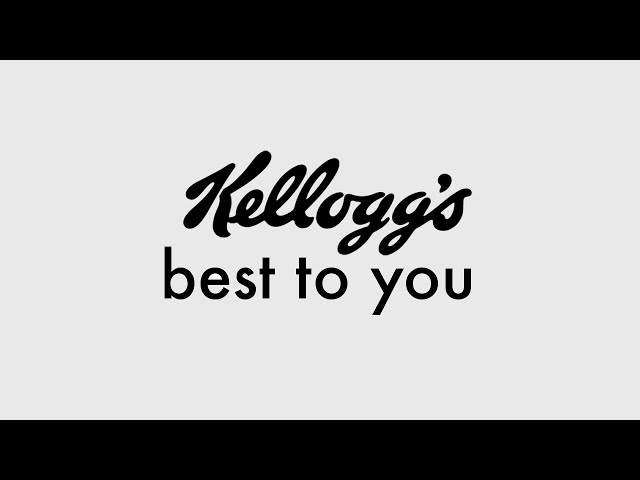 Inspired by his total lack of inspiration – which had previously triggered the Rubber Soul track “Nowhere Man” – he began to write. Words of bland domesticity tumbled out: “how’s your boy been, going to work, heading for home, time for tea.” “John was feeling trapped in suburbia and was going through some problems with Cynthia,” Paul McCartney confirms in his biography, Many Years from Now. “It was about his boring life at the time. There’s a reference in the lyrics to ‘nothing to do’ and ‘meet the wife’; there was an afternoon TV soap called Meet the Wife that John watched, he was that bored, but I think he was also starting to get alarm bells and so, ‘Good morning, good morning.'”

On December 12th, 1966, Meet the Wife aired an episode entitled “This Christmas, Shop Early,” chronicling holiday shoppers frantically making their last-minute gift purchases. The plot may very well have inspired the line that immediately preceded the reference to the show: “People running round, it’s five o’clock, everywhere in town is getting dark.”

It’s a rare active moment in a song packed with boredom that borders on nihilism. The word “nothing” appears eight times in the two-minute, 41-second track, and each verse ends with the assertion that the narrator has nothing to say, “but it’s OK.” For someone who strenuously avoided writing “fiction” songs in the vein of McCartney’s “Eleanor Rigby,” “Lovely Rita” or “When I’m Sixty-Four” (“He makes ’em up like a novelist!” Lennon once marvelled), “Good Morning Good Morning” can be read as a revealing confession of complete and utter apathy. “Nothing to do to save his life,” the opening words, ring out like the final gasp of a man surrendering to daily claustrophobia.

But one brief line may offer a glimmer of hope. Author Steve Turner observes that the lyric “You go to a show, you hope she goes,” may be a reference to a woman Lennon had recently met that November at an art exhibition: Yoko Ono. Though it’s pure speculation (and likely that she hadn’t captured his imagination just yet), Lennon’s involvement with Ono meant that his days adrift in a sea of domesticity at Kenwood were numbered.