“We’re always trying to achieve some new goal convincingly,” says Baroness frontman and guitarist John Baizley. “Once we’ve done that, once we’ve passed the mile marker that we have never reached before, we set the bar a little further down the road and see if we can outdo that.”

With all due respect to Baizley and his cohorts, it might be tough to outdo Purple, their fourth and latest studio album, out December 18th — not just because it’s a ferociously cathartic and brilliantly crafted blast of progressive metal, but because of the considerable obstacles that Baroness had to overcome on the way to its creation.

On August 15th, 2012, less than a month after the release of their third album, Yellow & Green, the band’s tour bus fell 30 feet from a viaduct near Bath, England. Baizley’s left arm was crushed so badly in the accident that his doctors seriously considered amputating it; while they were thankfully able to save the limb, it took countless grueling hours of physical therapy and practice for Baizley to fully regain his playing ability. In the meantime, the respective back injuries suffered by bassist Matt Maggioni and drummer Allen Blickle caused them to resign from the band, forcing Baizley and guitarist Pete Adams to find a new rhythm section.

“We’d been through lineup changes before,” says Baizley. “It can be seamless, it can be difficult, but there’s nothing predictable about it. With this one, when we really needed things to be easy, they were!” Through the recommendations of friends, they found able replacements in the form of ex–Trans Am drummer Sebastian Thomson and bassist-keyboardist Nick Jost, both of whom contribute mightily to Purple‘s muscular and melodic punch.

Also adding to the album’s rich sonic vistas is producer Dave Fridmann (Flaming Lips, Sleater-Kinney, MGMT), who recorded the album at his Tarbox Road Studios in Cassadaga, New York. Fridmann’s Technicolor touch — and the band’s renewed fire and energy — can be heard on the first two tracks officially released from Purple, the epic “Chlorine & Wine” and the swaggering “Shock Me.” Baizley recently spoke with Rolling Stone about these tracks, working with Fridmann, going down the creative rabbit hole and getting a call from Metallica’s James Hetfield while he was still recovering from surgery. 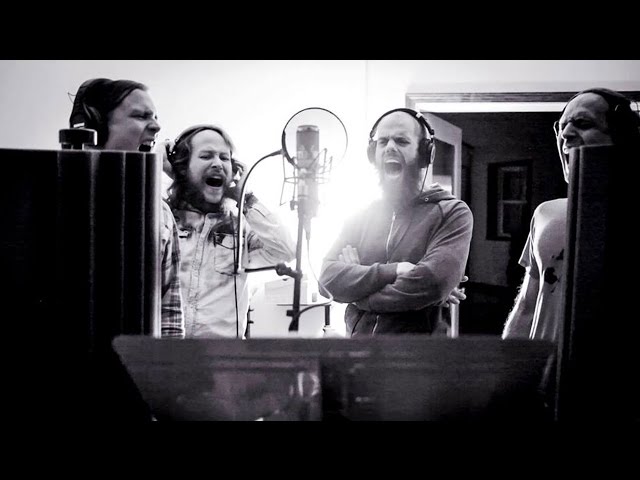 At what point after the bus accident did you realize that you would, in fact, be able to play guitar again?
Right after I woke up from surgery, which would have been four days after the accident. They spent two or three days contending with the breaking of my arm, which seemed to require amputation — which I and many of my friends and family members were fighting very hard against. I went in for what was thought to be a two- or three-hour surgery, and ended up coming out of surgery 10 hours later; it was more severe, complicated and difficult than even they assumed. However, with this incredibly invasive surgery, they were able to save the vast majority of my arm. You know, it’s far from perfect, but the fingers work; they do what they need to do, and all the mechanisms that I use to play guitar are as intact as I could hope for.

So basically, they told you that, with proper healing and therapy, you would be able to play guitar again?
They were more austere than that. I appreciated that they would neither give me a sense of false hope, nor would they give me the doomsday scenario. They were very realistic: “There is a chance, with the right amount of the right type of physiotherapy and rehabilitation, that you may be able … you could… it’s not impossible.” Stuff like that. So I took that as a green light [laughs]!

James Hetfield reached out to you while you were still in the hospital. How helpful was his advice?
His call was [as] important as every other call I got that week. I have since come to learn that, while I was in the hospital — roughly two and a half weeks, which felt like two and a half decades for me at the time — there were a lot of people who were nervous or somewhat reticent to call me; they didn’t know what condition I was in, or they were concerned that I needed time or space. I really didn’t. In fact, each time somebody called me from the States, it was a huge relief for me; it was a reminder that there was still a world out there moving on, and that in turn led me to believe that there was a place for me to work towards after my immediate situation was over.

But it was very hilarious the way he called. It was late at night in the trauma ward; most of the people I was in the room with were elderly, and they’d gone to bed early. I wasn’t going to bed at all, for some obvious reasons; it was very difficult for me to sleep. The nurse was an older lady, and she said, “Somebody just called you — a Jim Hatfield or John Hartfield, something like that. I told him I wasn’t sure if you were awake or taking calls.” I said, “I don’t know anybody by either of those names, but I don’t care if they’re trying to sell me a dishwasher or life insurance — bring me the number, because I need somebody to talk to, desperately!” So she handed me the little slip of paper with James Hetfield’s name and cell-phone number on it [laughs].

So I called him up, and I had one of the most realistic and honest conversations that I had that week. He gave me obvious but very good advice. Coming from Hetfield, who’d been through a tragic bus-related incident, and things that were more severe than what I went through, his words had a little bit of weight to them. When he said, “Don’t worry; things will get better,” I thought, well, if it got better for him, it will get better for me. And I had many other conversations that weren’t with Metallica members, where people were telling me things I needed to hear, because I wasn’t quite believing them myself at the time.

You not only had to recover from your injuries, but you also had to find a new rhythm section.
As far as I was concerned, each time we were able to get back into some groove or another, it was another milestone in my personal physical and mental recovery. Getting a new rhythm section was one thing; playing shows again was another; writing and recording a record was, of course, the endgame. Once there was a communal recognition that things were working and fun and exciting, then the most obvious thing from there was to write a record. 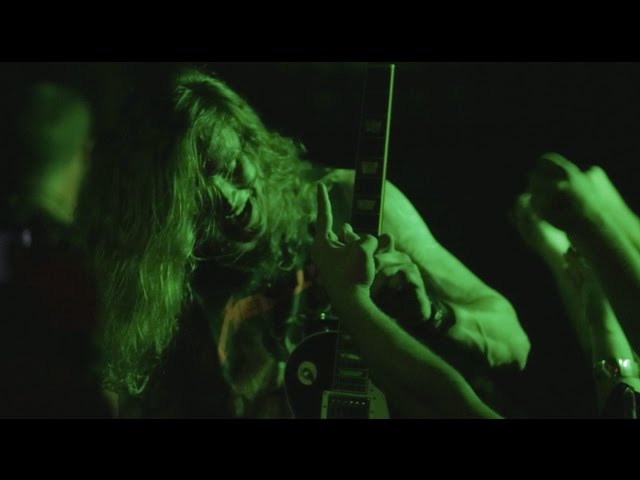 Why did you ask Dave Fridmann to produce Purple?
He’s always been at the top of the list of producers I’d like to work with. I love John Congleton to death; he’s a great friend of mine, and he’s done some amazing work with our band. But we wanted to make some changes in the way we worked, and the fact that Dave was interested in working with us was a huge deal to me.

Were there any particular records Dave produced that really made you want to work with him?
Yeah, I loved The Soft Bulletin [by the Flaming Lips] — that was a record that really proved to me the impact that a producer could have on a band. Same thing with the Yoshimi record that came after that; they were just unbelievably rich sonic masterpieces. I loved the way he produced the first MGMT record, too. But there are also bands he’s worked with — and I’m not going to name names — that frankly, I don’t like; but I love the records he did with them, because there’s just an incredibly rich and creative sonic thing happening. If you can make a band that I’m not a fan of sound good, and keep me interested in listening to them, then you are doing something terrific from a production standpoint.

Did your experience recording with him live up to your expectations?
They exceeded them. And I’m speaking out of turn a little bit, but I think they exceeded his expectations, as well. There were a lot of surprise moments where either the band or he was taken aback by what was happening. I’m really thrilled with how the record came out.

“Chlorine & Wine” and “Shock Me,” the first two tracks you’ve released from Purple, are actually quite different from each other.
Thematically, they’re both a bit on the dark side, as most of the record is. But what we wanted to do with “Chlorine & Wine” was put out a song that really would not fit in the typical radio context; it was kind of an anti-single, and a song that we felt had all the qualities of Baroness that people were familiar with. It had the melodies, the slow builds, the tempo shifts and changes, and kind of an interesting harmonic and melodic discourse. It’s also really long — if you’ve heard the record, you know that most of the songs are about half that length. So we thought it would be funny to release kind of like a bait-and-switch thing: If you thought you were getting yourself into a record that was a lot of six- or seven-minute slow burners, you’re wrong [laughs]!

It’s actually a lot of quick songs, at least for Baroness, with much shorter intros, and much more direct composition and songwriting. “Shock Me” is possibly the most immediate song on the record, in terms of accessibility. I don’t place a great amount of weight on writing things that are accessible, but it happened to be a favorite of ours, and of most of the people that we played the demos for. It’s super high energy, and it has a lot of those key Baroness-isms in it, but it’s also a good display of our new rhythm section and their prowess.

You’re known for being quite meticulous about songwriting and arrangements; Baroness usually makes incredibly detailed song demos before going in to record an album. How do you keep yourself from getting lost down the rabbit hole, tinkering with endless variations on the same song?
I don’t. I am totally lost down the rabbit hole [laughs]. I always have been, and I assume that I always will be. That’s why the group mentality is so important, because some of us have the tendency to get really finicky and really obsessed about details. When all four of us are on the same page about a particular idea or concept, that’s when we stop. But I’m just a bit neurotic and a little obsessive, so it’s easier for me to say that a song should be stripped down and simplistic in its presentation if I’ve already overdone it at some point. My process is one of repetition and intense engagement with details. I can’t help it — I wish I could! I wish I was the type of musician who was simple and economic, but unfortunately, I’m not.