At the Drive In return with a new album, in • ter a • li • a, on May 5th. Their first record in 17 years, it follows 2000’s Relationship of Command, a record that propelled the Texas quintet into popular consciousness after seven years spent slogging it out in the underground circuit.

When their star eventually rose it did so with the speed of a fireball, so it’s perhaps fitting that rather than fade away At the Drive In combusted, splitting in 2001 just as the spotlight was beginning to shine its brightest.

In 2012, the band marked their return with a spot on the Coachella festival, and the years since have been spent touring and slowly navigating the road to creating new music. There have been casualties along the way – in 2016 it was announced that co-founding guitarist Jim Ward had split, to be replaced by former Sparta guitarist Keeley Davis – and a brief falling out between vocalist Cedric Bixler-Zavala and guitarist Omar Rodriguez-Lopez led to the demise of their then-band the Mars Volta in 2013, and put a temporary halt to writing sessions for the new At the Drive In album.

Bixler-Zavala spoke to Rolling Stone recently about the new record, and you can read the interview in the next issue of the magazine, out May 4th. Here, though, are some excerpts that didn’t make it to print.

“I’m just excited, really excited,” said the 42-year-old upon answering his phone. “I haven’t been excited in a long time like this, it’s a nice breath of fresh air for me to be able to do this again.”

What in particular has got you so excited now?
We just haven’t had the right team behind us. I haven’t been part of a big team like that, label and management wise, where you really feel a super obsessive hunger behind wanting to work with the band and do their hardest to honour the vision. It’s been a really long time since that’s happened, so it’s been a nice change of pace for us to have people that really, really care about what we’re doing.

You’ve spoken of wanting in • ter a • li • a to recapture the sound of your previous albums. Those records were recorded in your early twenties, and you’re now in your forties. How long did it take to reconnect with that spirit?
We’re parents now, so, I’m around that kind of energy a lot. I definitely feed off my children a lot when it comes to that, and I see myself in them, and that’s a really amazing thing to see them untouched by anything from race to religion. I write down a lot of what they say, and their questions and I just see the wonder in their eyes, and I really wanted to apply that the more and more we got closer to reaching our goal [of making a new record].

Are there any tangible examples of songs on the album inspired by what your kids said?
Things like the song “Hostage Stamps”. I have twin boys, and one of them is a bit of a court jester, and they both sort of don that role back and forth, and they love to play games with people, and people don’t recognise who they are because they look so alike. So that in and of itself, I interpret as the way I write. I don’t necessarily write straight-forward lyrics, I tend to write a lot of riddles that are sort of labyrinth-style riddles. They do have some meaning, they do have a beginning and an end, it’s just that it’s not so by the book, so I take certain actions and things that they say and I reinterpret it. Not make a Xerox copy per se, but try and take that spirit of what they’re like.

You’ve said “Incurably Innocent” is “a song about sexual abuse and being able to finally speak out”. From whose perspective was that written?
From the perspective of my wife. [She] sat with a really horrible incident of being raped and it [took] her a really long time to come to grips with it. And to see the amount of courage it took for her to admit it, and then what she’s been doing to deal with it. The best thing I could ever offer anyone that’s in the vicinity as far as family or friends is, I can usually take something I see someone going through and turn it into a song, or words, and I just couldn’t help but write about what I see in my life, and that’s what I see. I see my wife really coming to grips with this recently, and it’s just an important subject matter to tackle.

I think it lends itself well to show other people that no matter how a man wants to describe what the parameters of rape are, it’s up to the victim to explain what the parameters and the rules are, because they’re the ones who went through it. A lot of people can come up with a whole bunch of reasons as to why they don’t think it’s rape, [but] until you go through it yourself, until you’re in the driver’s seat or even sitting shotgun next to someone who’s going through it, you see how this world is OK with making up excuses to justify actions like this, whether it be against children or whether it be against women or whether it be against men. It’s a sticky subject and it’s something I immediately gravitated to because, you know, I can identify with what my wife goes through every day.

So I wrote it for her and hopefully anyone who reads between the lines can understand that it’s a call to arms. It doesn’t matter if it happened 20 years ago, it doesn’t matter if someone wants to come up with some sort of justification for it, there is no justification: rape is rape, and hopefully anyone who hears the music sonically and can read the lines and really understand the references will understand what it’s about. It’s so intertwined with organised religion and the way organised religion finds an excuse to justify these actions.

What does that song mean to your wife?
I hope it means a lot. I wouldn’t know until I was in her head, but I think she understands where I come from when I write stuff like that. I tend to take a lot of mental pictures from her life story and she also has friends that have been abused by the same person, so the song was for her friends too. And I sort of assembled what I know of the story and made something that just sort of… in a dark city hopefully it shines really bright so other people can see that light house.

At what point after your comeback shows 2012 was the idea of new music floated?
Right away. You really gotta have a pocket full of songs that are almost like ultimatums. They’re sort of like, the stuff that calls your bluff: “put your money where your mouth is”. So we were trying to do that for a very long time. Even back in 2012, we were recording and putting stuff down. The hard part was getting everyone to sort of trust… and [another] hard part was allowing Omar and I to have our eight-month disagreement, and to honour that, because we’re two integral members of this team, so we had to get over that little slippery patch in our adventure of friendship. And then something like life happens and his mum passes away, and then my boys are born, and the natural cycle of life put us guys back together and kind of dictates that life’s too short.

And so we got back on the horse and started doing that again, and I think there were some members in the band who weren’t entirely trusting of that, and put up bumps in the road for us to have to deal with. So between 2012 and 2016, there was a core group of people in this band who wanted to do this band, and then there was one person in particular who didn’t trust it and it finally got to a point around 2015 where we said this is really going to happen, and whoever’s in we need you to come in now and just trust it, and if you don’t trust it, well then, speak now or forever hold your truth. And that whole time we were writing and saving stuff. Some of it didn’t make it, some of it went to other bands that we did at the time, and the whole time we just knew in the back of our heads it’s gotta happen soon, and we’ve got to see the big picture for what it is. The sum total is greater than the parts, and I wholeheartedly would say that even applies to me if I didn’t have my shit together. I would want them to go and make this band with someone else who wanted to sing if my heart wasn’t in it. So we just found all the people who’s heart was in it and we decided to go. And that took around five years. [Laughs] 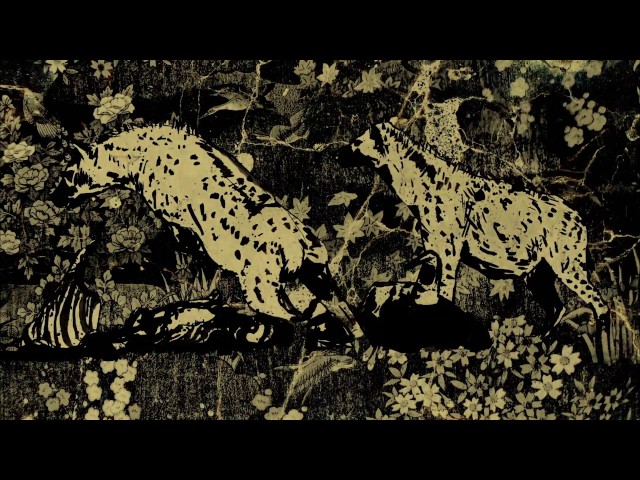 After your last Australian tour in 2016, you did some writing for the album in South Korea. Can you hear that in the record?
Oh completely. Only really a couple of hours away you’ve got the DMZ [demilitarised zone] and you have this bizarre land lost in time called North Korea, and you can’t ignore that, and you can’t help but notice that and take that in and let it affect your writing. You can’t help but study up on it and wonder why something like that exists. I can understand why it exists, I can see the sort of nature of the world being this insane consumer like place, but to rebel against that to such a degree that you’re almost enacting what happened in Cambodia, it’s frightening, and it reminds me of how close we might be right now to that in the States. So you can’t help but draw parallels and try to make sense of it all really, and hope that we use North Korea and South Korea as a cautionary tale.

Is that addressed in any songs on the record?
Yeah, “Governed by Contagions” is a glimpse at what family life might be like there.

Omar has recently referred to At the Drive In as your roots. Are you enjoying the band more this time around?
Yes, a lot more. After seven years’ of playing to no-one [in the Nineties] and then everyone turns around and starts really dissecting everything about you, you’re at that age where you’re kind of growing up in front of people and that’s a little hard to do. So it’s nice that we got to be apart from each other and grow up in other bands and do it that way, in order to come back here and do it now. It’s definitely a very joyous thing now, I just don’t think I’d want to be anywhere else.

At The Drive In tour Australia later this year, dates and details here.